In 2009, Goichi Suda had gone from a nearly unknown entity in the western gaming scene to a bit of a god. While Europeans had previously gotten a taste for the obscure designer with Michigan: Report From Hell, it was thanks to Killer7 in 2005 that many more gamers took notice. The game oozed style and proved deliciously complex and weird, which was quite unexpected from the gaming medium at the time. The Suda51 name gained further acclaim as he once again helped to create an aggressive, violent, and hilarious action game via No More Heroes in 2008. Suda51 love was at a fever pitch and gamers were demanding more. Why had we never received previous Grasshopper Manufacture titles? 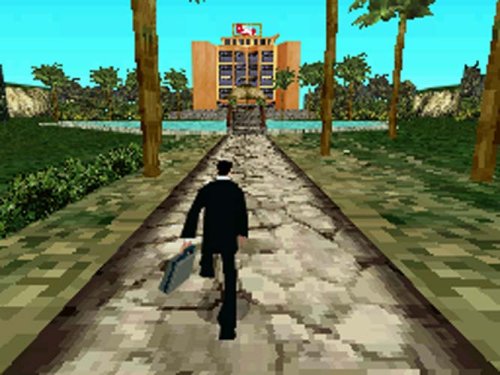 The company saw this demand and decided to give the fans exactly what they wanted by releasing their second game – Flower, Sun, and Rain on the Nintendo DS. This was a huge move, and rather unexpected. After all, the title was originally released way back in 2001 for the PlayStation 2 exclusively in Japan. Not only that, but it had a great many ties to Grasshopper’s debut game, The Silver Case. Without The Silver Case, it might be hard to explain some of the twists and turns in Flower, Sun, and Rain. Regardless, Grasshopper Manufacture contacted developer h.a.n.d. to manage this remake.

It’s not fair to call the game a pure “port” specifically because there is such a fundamental change to the gameplay. What was once controlled with a gamepad moved nearly exclusively to the DS’s touch screen. Despite its rather blocky graphics, even these were basically on par with the PS2 original – quite a feat for the handheld. A few songs were even changed due to licensing issues, with some new work by composer Jun Fukuda added in for good measure. Basically, this was the definitive edition of a game that most English-speakers has never gotten to play before. 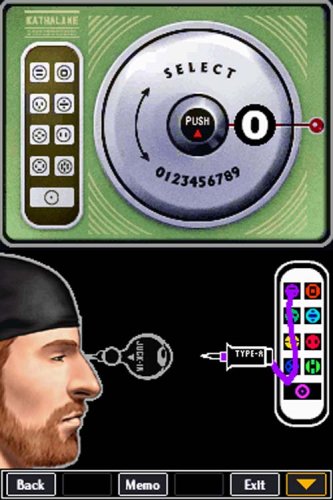 Around the time there was also word of a worldwide release of The Silver Case remake on DS. Had this come to fruition it would have been perfect. The original worlds and characters that Suda51 designed were so closely linked that missing out on The Silver Case was not insignificant. Unfortunately, this remake never came to pass — though one is finally on the way for PC later this year. The lack of context for Flower, Sun, and Rain is important and key to the lack of success that this game saw in North America once it hit DS.

Flower, Sun, and Rain follows a man named Sumio Mondo to Lospass Island. This place is a total tourist destination with gorgeous scenery and an atmosphere reminiscent of a paradise. Unfortunately, Mondo knows that this place is anything but Heaven on Earth. He has been tipped off that there’s a terrorist plot and has arrived in order to stop it. After meeting some of the odd folks on Lospass at the Flower, Sun, and Rain Hotel, he witnesses a plane exploding at the airport. It seems that he has already failed at his terribly important task. Or has he? Mondo wakes the next day and sees that no terrorist attack has occurred at all. Believing he dreamed the whole mess, he goes about interacting with the locals… until once again the plane explodes. For whatever reason, it appears Mondo is stuck reliving the same day over and over. The only way to break the cycle is to solve the mystery surrounding this terrorist attack. 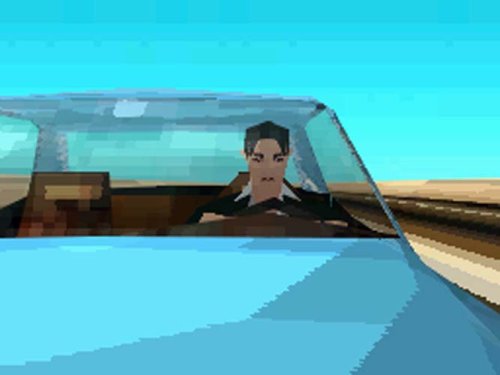 This core concept, along with the dreamy atmosphere, really hooked most players and critics right off the bat. Where Flower, Sun, and Rain didn’t excel was in its gameplay. It makes sense given the near-launch PS2 origins, but by the standards of 2009 it felt sluggish and old. But there was a larger complaint that permeated the critical response. People just had no idea what was going on with these characters, or the reveals that took place during the latter portions of the game. The reason for this was totally simple. Characters such as Mondo have a direct tie to The Silver Case, and that knowledge really helped to contextualize some of the odder components of Flower, Sun, and Rain. Lacking that, well, the storyline felt more like a disjointed fever dream.

For some, Flower, Sun and Rain was yet another Suda51 triumph. Unfortunately, many failed to grasp what the heck was going on and just didn’t enjoy the gameplay. This criticism made total sense but led to a dampening of the fan fervor around Grasshopper Manufacture. They gained back some of that adoration with No More Heroes 2: Desperate Struggle and Shadows of the Damned, but by the point of those games almost everyone already forgot about poor Flower, Sun and Rain. It’s a huge shame because there is something truly magical to be found in the experience. The failing lies primarily with a lack of context for the characters, as well as slower-paced gameplay when many expected something aggressive like No More Heroes. Fans should definitely seek out a DS copy in advance of The Silver Case hitting Steam. Chances are that once people become fans of that game they’ll quickly snap up Suda51’s older works.