13AM has a couple noteworthy games headed to the 3DS.  These games both offer old school fun, and while the two titles do compliment each other they each offer their own unique experience.  The two games in question are Runbow Pocket, the handheld version of the Wii U game, and Pirate Pop Plus.

Runbow Pocket is a color-based platformer.  How this works is the background changes color, and depending on the color, certain elements in the gaming world exist, such as platforms or dangerous spiked armor warn by enemies.  The levels themselves are short, but there are well over a hundred of them.  The levels provide different platforming challenges and the reward for completing them is greater based on how quickly it can be done, getting the best ranking on some of them requires perfect precision, making it a fun challenge for fans of platformers.

Runbow Pocket is unofficially known as the Indie Smash Bros. due to having 19 playable characters from other indie games such as Gunvolt, Guacamelee, and Shovel Knight.  Compared to the Wii U version, the handheld port is more focused on the single player aspect but does include online multiplayer.  Both the 3DS and Wii U versions of Runbow are getting deluxe retail releases with different bonus content.  Both versions will include all DLC, but the 3DS version will include four unique 3DS themes and the Wii U version will include the complete soundtrack composed by Dan Rodriguez.  Additionally, all versions of Runbow will receive Shantae from the Shantae series as a free DLC character. 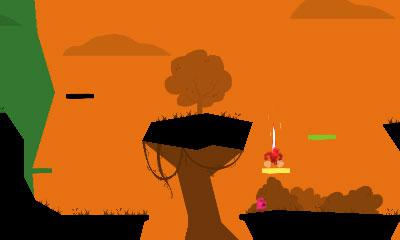 Pirate Pop Plus will be available on the Wii U, 3DS, and Steam, with cross buy supported across the Nintendo consoles.  This is an old school high score chasing fun type of game.  The gameplay is simple, you use a harpoon gun to pop bubbles and subsequently pop the smaller bubbles they burst into.  There are gravity switches that add to the challenge that could make the gravitational pull come from the ceiling or one of the side walls.  Successfully completing the stages will unlock coins that are used to purchase screen colors or stickers for the Game Boy device pictured in the game.  If you can save up 25 coins you can unlock Hyper Mode, which is a more challenging, faster mode of play but also leads to earning more coins quicker.

There is some noteworthy talent involved with Pirate Pop Plus.  It features art that was done by Justin Chan who worked on Nuclear Throne.  The soundtrack was done with chip tunes using Famitracker, with music composed by Harry Waters, who is the son of some guy named Roger Waters who had some modest success in the music industry with a little known rock n’ roll act called Pink Floyd. 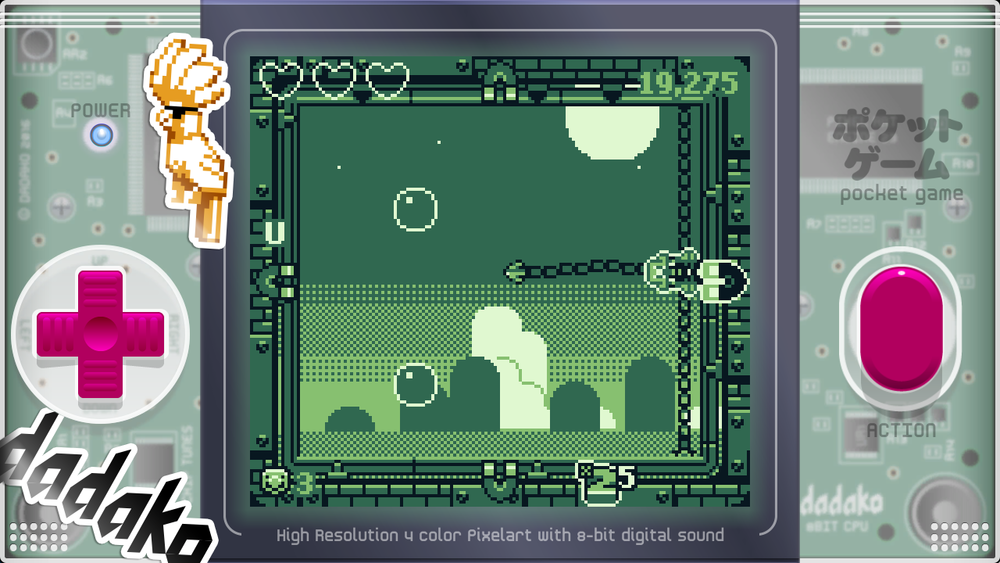 Both games are enjoyable in an old school arcade kind of way.  Pirate Pop Plus is fast-paced fun trying to get the best score and the challenge is increased dramatically with hyper mode.  Runbow Pocket requires fast reflexes and quick strategy in order to time your route with the changing colors.  Both titles offer pick up and play accessibility and both would be great for either challenging your friends in extended matches or if you just need a quick dose of entertainment to kill some time.