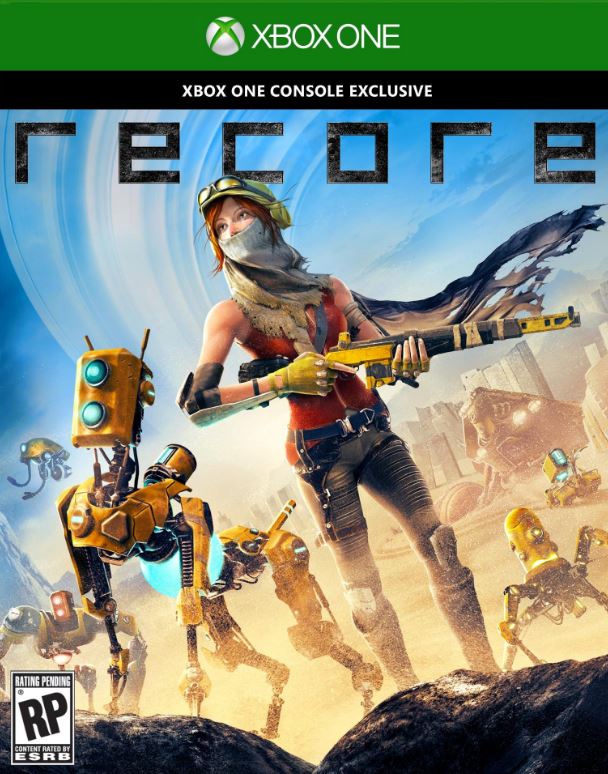 Upon its cryptic reveal at E3 2015, it seemed as though ReCore had the potential to be a standout title in Microsoft’s self-proclaimed “Greatest Lineup in Xbox History.” Despite that initial trailer not showing anything close to gameplay, the combination of a robot dog and a mysterious dystopian space-desert setting piqued the interest of quite a few gamers. Of course, it didn’t hurt that, at the time, we were all ecstatic to hear that Comcept, the studio headed up by Keiji Inafune, was working on ReCore in tandem with Armature Studio, a team founded by the key minds behind Metroid Prime. It seemed like a development powerhouse at the time and the aesthetic of that initial reveal video was perfectly geared to make us believe that something special was in the making.

Oh, how a year can change things. In case you haven’t been paying attention to ReCore in 2016, let’s take a second and get you up to speed. After Comcept finally released Mighty No. 9 following a disastrous trailer and multiple delays, a general distaste for the company and Keiji Inafune began to settle in after realizing that the spiritual successor to Mega Man was a lifeless slog. In turn, this spilled over into ReCore a bit, as Comcept’s blunders made its name far less appealing in every way. A $40 price-tag was revealed, which left some feeling as though this was some sort of lesser experience (blatantly ignoring that the fantastic Ratchet & Clank launched at $40 in April). Throughout the year, previews have been generally middling, allowing it to fade under the radar enough to make its release feel extremely sudden. In a nutshell, ReCore looked awesome in 2015 and underwhelming in 2016.

Okay, so that’s a relatively long road to get you to the main point here. With all of that said, there are a few major takeaways from ReCore that you should know about before deciding whether or not to jump in. In essence, it’s a fine game, neither bad nor outstanding. Platforming sequences that focus more on the engaging movement system are far more fun than the rather rote combat encounters. ReCore‘s greatest moments come when you’re zooming around the skies high above the area from which you came, but these thrilling sequences are often overshadowed by long loading screens and framerate drops (at least on Xbox One). For every high, there seems to be a low, with the end result being an experience that feels middling rather than what the world hoped it would be at E3 2015. 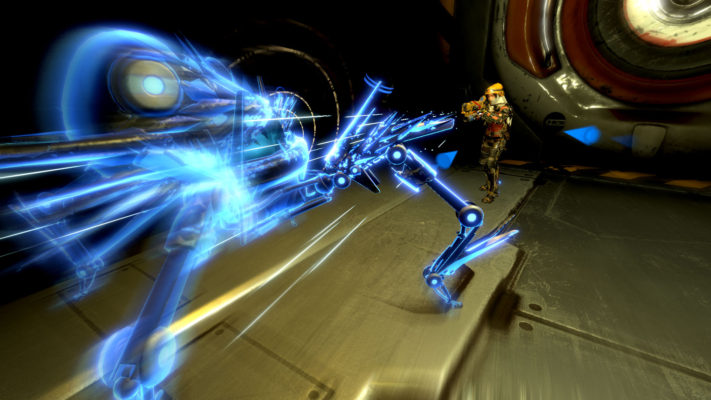 Players take the role of Joule Adams, the daughter of the famous scientist Dr. Thomas Adams. Joule, who is assigned to work in assisting the terraforming of Far Eden, a planet that residents of Earth hope to colonize, awakes after a two-hundred year cryo-sleep to begin her duties when she discovers that the Far Eden she expected is far different. All of the Corebots specialized robots whose personalities are based around the color-coded cores, that are designed to assist in the settling of Far Eden appear to have gone mad, and all of the humans that one would expect to find working on a future Earth colony seem to have vanished. Through the use of special energy sources known as Prismatic Cores, Joule seeks both to restart the terraforming of Far Eden, figure out what happened to her father and the rest of the humans and stop Victor, the robot menace taking responsibility for all of this. There’s certainly enough narrative in ReCore to keep driving you forward, and the world itself is definitely fascinating when taken from a distance, but the story itself never elevates itself above what we consider par for the course for video games. There was real potential to flesh out the father-daughter themes here and turn this into a gripping emotional tale, but instead we’re left with a story that feels both predictable and by the books. 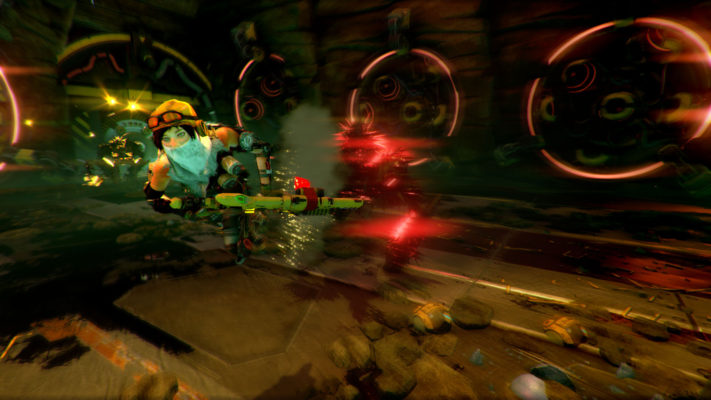 As far as third-person games with a heavy emphasis on platforming go, ReCore feels more in line with the aforementioned Ratchet & Clank than it does anything else. Namely, this is a game you’re going to do a ton of shooting in, albeit with a single weapon. In her quest to defeat all of the corrupted robots standing in her way, Joule is armed with a color-swapping beam rifle and a rotating crew of Corebot sidekicks. Pretty much every combat encounter involves locking your aim onto an enemy after using the D-pad to choose either red, blue or yellow ammunition. By matching your ammo’s color with the corresponding color of whichever enemy you’re attacking, you’ll get a damage buff and be able to kill foes and extract their cores (which function as loot) far quicker. Each of Joule’s Corebots, be it her dog Mack, the spider-like Seth or the gorilla Duncan, can be used to unleash a set number of special lethal attacks, though this largely passive mechanic amounts to you pressing the Y button. ReCore‘s combat system, while engaging and exciting in battles against the tougher late-game enemies, is monotonous as soon as you’re more powerful than your foes. Because Joule and her Corebots are constantly leveling up and upgrading their respective arsenals, there are definitely moments where it feels like you’re simply going through the motions during combat. Thankfully, ReCore‘s movement system, the clear highlight of the entire experience, doesn’t suffer from the peaks and valleys of its combat system.

If you’re looking for ReCore‘s biggest draw, look no further than its dash and double-jump mechanics. Even though you’re going to be doing notably more shooting than platforming, there is no better feeling in ReCore than dashing off of a platform, double-jumping in mid-air and then dashing once more onto another platform. Add this smooth, quick traversal mechanic to the eventual addition of a grappling hook via the use of Seth and a way to turn a Corebot into a glider and you’ll be able to experience thrilling sequences where you feel like you’re miles above the ground. The vast majority of the most engaging platforming segments are found inside of dungeons, with the lead up to the end standing out for having some particularly perilous moments. The reason that this is worth mentioning is that because of the way ReCore is structured, as players will often find themselves climbing platforms around the world in order to collect Prismatic Cores. Joule feels a whole lot more cumbersome to control when she’s wandering around the over-world, which makes you wonder about what a more focused, linear experience would have felt like. 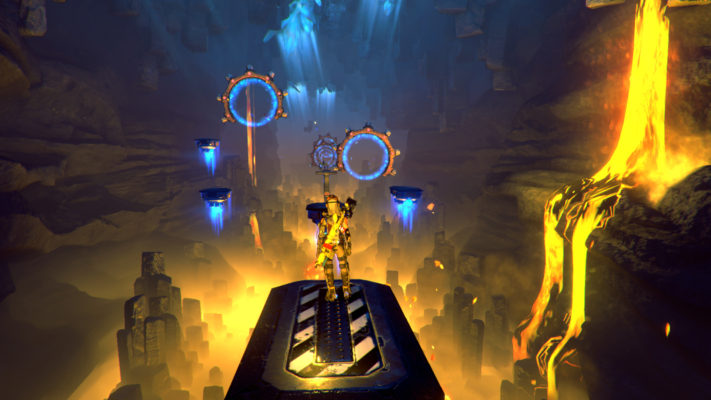 It’s worth mentioning that ReCore has some of the most frustrating progress gating you’ll see in a modern video game. Everything on ReCore‘s map is inherently based upon getting more loot in order to craft better parts for your three Corebots and gathering Prismatic Cores. While the crafting system isn’t really anything to write home about, as you’re going to get more than enough resources to have high-powered robotic friends fairly quickly, Prismatic Cores are an entirely different beast. Certain areas of the main story as well as every dungeon, be it optional or part of the core story, has a minimum number of Prismatic Cores required for entry. If you’ve played the recent onslaught of linear titles with a heavy emphasis on exploration (think Rise of the Tomb Raider and Dark Souls), you know that gating off an area can be done in engaging and meaningful ways. Instead of having to obtain a new piece of equipment or a unique item in order to unlock new areas, players are often forced to run around ReCore‘s pseudo-open world gathering Prismatic Cores until they can unlock whichever gate is impeding their progress. A shocking amount of time is spent gathering Prismatic Cores in order to progress the story, and it always feels like a way to artificially extend game length.

We reviewed ReCore on Xbox One, as the PC version was not downloadable from the Windows 10 Store before launch. It’s certainly a plus that ReCore is the first Xbox Play Anywhere title, meaning that players can download it on both Xbox One and Windows 10 PCs with a single purchase, but since pretty much every Xbox exclusive, both timed and otherwise, will likely adopt this in some fashion, it doesn’t really move the needle in terms of reviewing ReCore. With that said, if you have a capable PC and an Xbox One and are looking for the best place to play, you might want to consider straying away from the Xbox One version for now. Despite ReCore being a good-looking game from an art design standpoint, noticeable aliasing and significant framerate drops take away its sheen. During our playthrough, we experienced loading times anywhere from thirty seconds up to two minutes and two crashes to dashboard. Despite being an Xbox Play Anywhere title, you might want to lean away from the Xbox One version if you have the option. One final note: during any platforming section with giant rolling electric balls, make sure that you stay away from the edges of the platforms. We encountered a situation where we perpetually died, had a short loading screen, then respawned until we eventually had to restart the application. 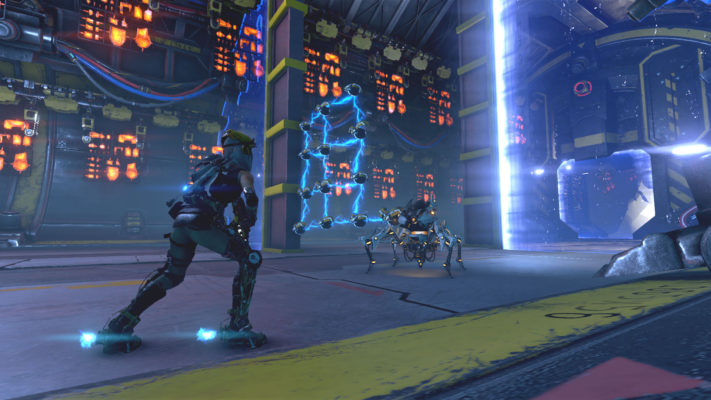 Despite its problems, it’s not hard to envision a world in which a few changes along the way could have turned ReCore into a cult hit. Without the progress gating and fewer technical issues, we’d be left with a shorter, more intense action-platformer featuring a solid movement system. There’s something slightly enjoyable about ReCore‘s color-switching combat mechanic, despite it taking place in such a lock-on heavy shooting system and the friendship between Joule and her robot pals Mack, Seth and Duncan can be charming. While not lackluster enough to be considered a bad game, there are enough stumbles and hiccups here to prevent this effort from Armature and Comcept from living up to its potential. It remains to be seen whether or not there’s going to be enough love for this odd exclusive to get a sequel, but considering the foundation in place, a ReCore 2 wouldn’t be the worst thing in the world.