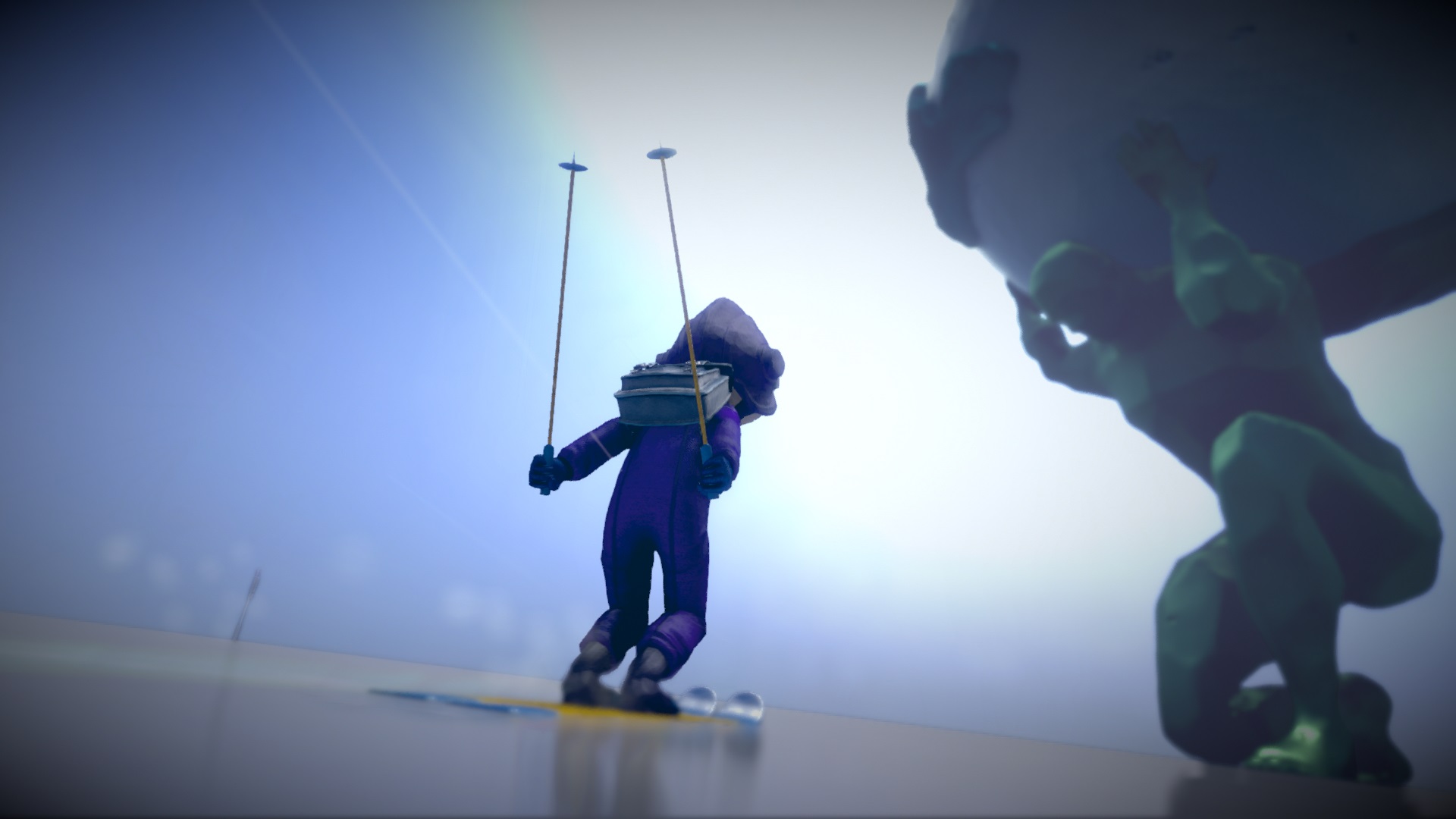 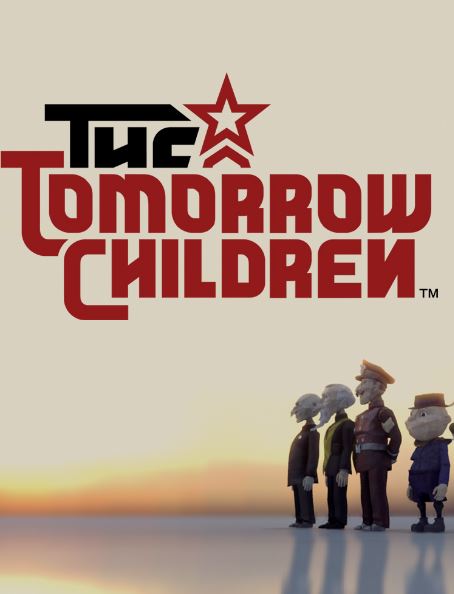 It feels like you can’t sneeze without hitting another sandbox crafting game. September 2016 is a bizarre time to release a game in this vein, what with the disappointment surrounding No Man’s Sky and the initial Early Access build of We Happy Few. If you think back to Gamescom 2014, you’ll remember Sony revealing a host of strange downloadable titles, with perhaps the strangest of them all being Q-Games’ The Tomorrow Children. A crafting-heavy online sandbox title with a Communist Russian sense of style and some fascinating visual techniques could have made for a sensational exclusive for Sony, a company that has never strayed away from bizarre games. Sadly for everyone hoping for big things out of this quirky free-to-play title, The Tomorrow Children is a bit more style than substance, as its core gameplay quickly grows tiresome and monotonous.

If you’ve forgotten about The Tomorrow Children, or if you’ve never heard of it, don’t fret, as there hasn’t really been much buzz surrounding the most ambitious title from Q-Games to date. Considering the last non-port to come out of the Japanese developer was Nom Nom Galaxy, it’s not surprising that the hype behind a community-driven resource gathering game with a metallic aesthetic wasn’t overwhelming. To bring everyone up to speed, The Tomorrow Children places players in the midst of The Void, a blank expanse of land that has become civilization in this creepy alternate universe. By restoring civilization, city by city, to The Void, life can be as close to perfect as you would expect it to be in Communist Russian mining purgatory. After players enter a given town, they contribute to it by gathering and sorting resources, build new buildings and restore citizens to life through valuable collectibles known as Matryoshka Dolls with the hope of reaching a population threshold. Once you restore a city to glory, you pop back out to a menu and do it all over again, which is to be expected in a game where the moment-to-moment gameplay is so heavily based upon resource gathering. You’re probably the type of person who already knows whether or not they like crafting-heavy resource-gathering sandbox games, so if you’re not a member of this contingent, then you should turn away now. 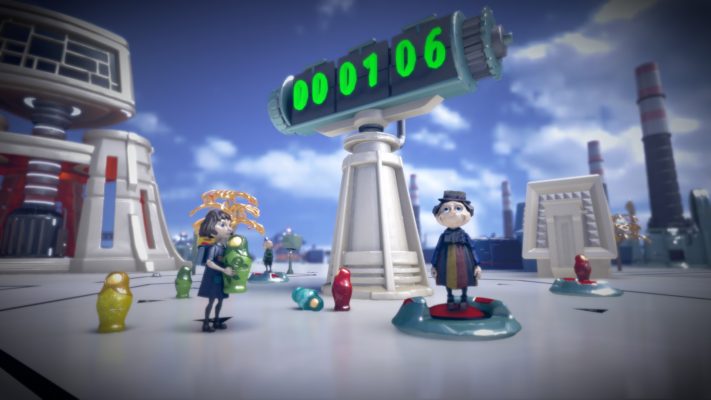 Whereas similar games task players with gathering resources in order to upgrade individual items and attributes, The Tomorrow Children bases every moment of gameplay around the idea that you’re contributing to your community. Think of this as Socialist Minecraft, with everyone contributing to the same general pool of resources. In practice, this usually looks like a group of players boarding a bus off to one of the procedurally-generated islands off in distant pockets of The Void, where you and your comrades will mine and dig around until the island is sapped of resources. After loading your haul back into the bus, you’ll bring it to the center of town and sort it into various bundles in order to have it count towards your town’s resource total. Once you do this, you’ll visit the town workbench to create new buildings, turn in your work for currency and assign your character skill points to make these processes go smoother. This is the core loop of The Tomorrow Children in a nutshell.

Make no mistake, there is something oddly relaxing about mining away resources before bed, but for a game like this to have real legs, there has to be a greater payoff for the monotony. Sure, making your town bigger and better than what it started as is rewarding, but when the majority of your time is spent watching a mining animation, there better be a fair amount of potential variance. Sadly, The Tomorrow Children‘s single biggest flaw is how rapidly players feel like they’ve seen everything there is to see. It’s the same problem that plagued No Man’s Sky earlier this year, only The Tomorrow Children lacks the sense of scale that drew gamers to Hello Games’ title in the first place. 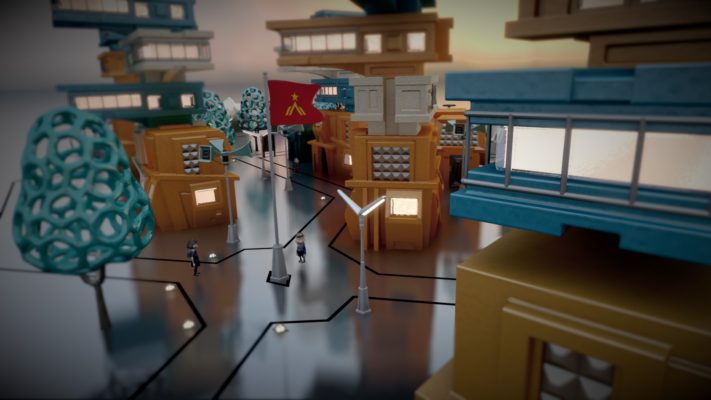 On top of the feeling that there isn’t much content variance to be found in The Tomorrow Children as it currently stands, every activity feels like it has some form of wait time. Gathering resources requires waiting for the bus, which itself functions as a long waiting period. Once you take the long bus ride back, you have to wait in line in order to turn in your work for the day or utilize the workbench. Resurrecting citizens, the most important task in all of The Tomorrow Children, takes far longer than one would want it to. Killing the Isverg, the massive beasts that have the potential to take down your entire town, feels like it takes far too long even with multiple players laying down cannon fire. Even mining has some waiting involved, as players watch an animation after pressing the prompt rather than actively engaging. Being that this is a free-to-play game, there’s going to be a fair amount of grinding involved if you’re not one of the players who purchase a Founder’s Pack (which was provided for this review), but considering that the entire game is basically a way for a group of players to grind together, that’s not necessarily a bad thing. On one hand, it’s neat that players can interact with one another on a basic level, but the multiplayer in The Tomorrow Children feels like players are contributing concurrently to one another rather than with one another. Considering its quiet launch, be prepared to spend a lot of time alone, albeit with the ghosts of other players surrounding you.

However, one thing that The Tomorrow Children absolutely nails is its bizarre sense of style. The combination of a creepy Russian overlord contacting you via television and radio, advanced lighting that makes every surface look inanimate and the blatant commentary on socialism make for an aesthetic unlike anything else on the market. Granted, for a game to be great, it needs to have far more than just an awesome aesthetic, but it certainly helps make a largely monotonous experience feel more engaging. The Tomorrow Children is creepy in a way that not many games out there are, so much so that it’s often hard to look at the disturbing doll-like faces of literally every character. The aforementioned lighting system, as well as some pretty heavy post-processing effects gives The Tomorrow Children a look that Q-Games should be pretty proud of. Unfortunately for players, this world is far more exciting to look at than it is to interact with. 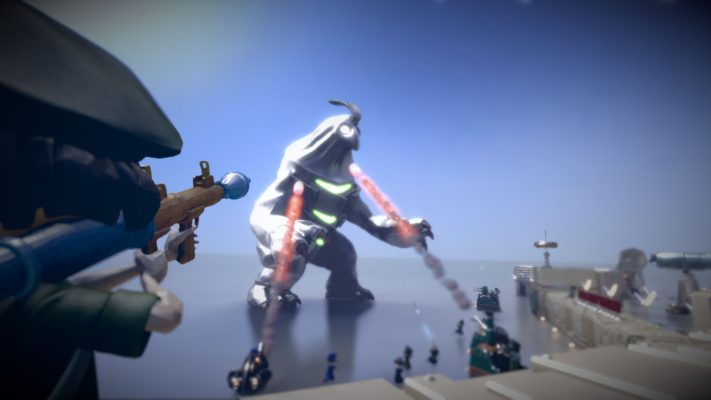 For as cool as The Tomorrow Children looks, there is far too much monotony in its moment-to-moment gameplay to warrant a recommendation. Forget about all of the time you’ll spend gathering resources and riding the bus to the islands, as a resource-gathering game there’s a lot to be desired here. Despite the fact that there’s a decent idea at the core of The Tomorrow Children, in practice players are given little reason to continue engaging with its mechanics after they complete a town or two. It’s easy to see this being a game forgotten rather quickly, as the combination of its quiet launch and lack of a major hook outside of its general vibe feels like a death nail. Still, considering that The Tomorrow Children is free on PlayStation 4, it’s worth giving it a shot if you’re the type of player who enjoys resource management, even though better resource management games exist.