There’s no bones to be made about it: virtual reality is an incredible technology that could become the future of gaming. Maybe it’s impatience, but the reason that it’s being qualified with a “could” is due to the software. It seems like, for every legitimately interesting or engrossing gaming title for the platform that is found, there are a couple dozen tech demos that grow tiresome after five minutes of play. Some could say that this is partly due to the age of the technology, but information and the specs have been available for awhile. More likely, the dearth is a result of gunshy developers afraid to invest in an unproven platform. This situation puts a developer like Carbon Studio at the forefront of the genre, seeing as how they are building up an extremely interesting title designed to take advantage of the technology. The great news is that, with Alice VR, they are doing more than being in the right place at the right time: the experience itself is very much worthwhile.

Pitched as a science fiction take on “Alice in Wonderland,” players are sent to a derelict off world station to unravel its mysteries. This is done through puzzle solving and exploration. Viewed from the first person, players move about the environments, opening doors, shrinking and growing, walking up and down walls in defiance of gravity, and taking in the details of the world. This very well could change in the final version, but story beats were told through the environment in the demo available. Various posters, placards, and other attractive details fill in the blanks as the game progresses. 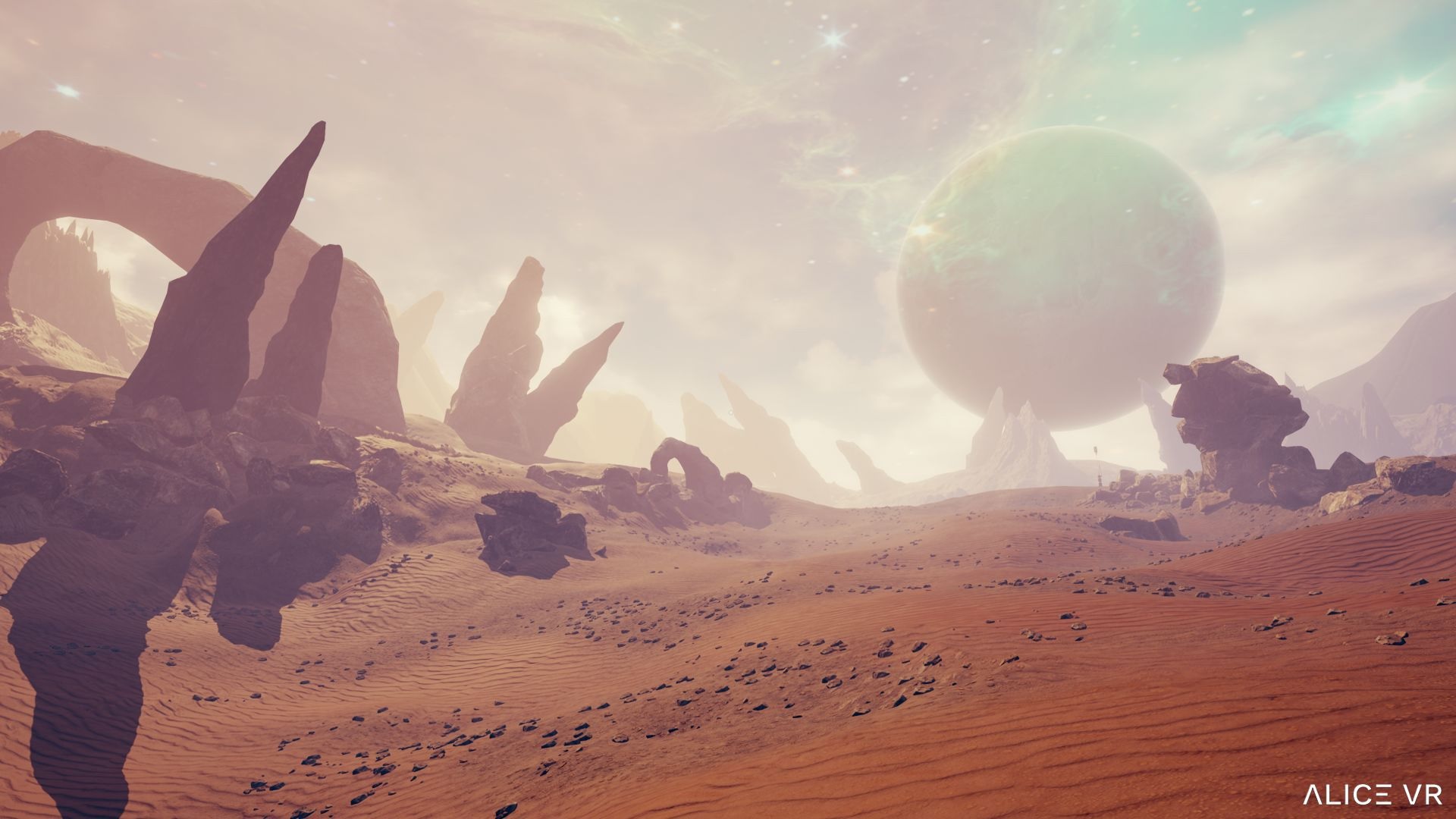 What was particularly interesting was how movement is handled. The developer played around quite a bit with turning and movement controls, and found that the most successful blend of comfort and playability came from moving forward and backward on the left stick of a control, and turning the entire body to change direction. It is possible for the stout of stomach to switch on turning with the right stick. Normally, this would be best served on a spinning chair or stool. Sadly, the Polish devs thought it wise to purchase a stool locally (it is overly expensive to fly a chair) and could only find a wooden stool upon arrival. The turning worked excellently on this seat, but my buttocks isn’t exactly calloused enough for the abuse it was taking. So I, being the genius that I am, tried to stand up. It says something about the depth of the world and environmental design that I wasn’t very steady on my feet. Not nauseous, but disoriented when standing, and came close to crashing down on whatever poor person or thing was nearby.

This story is conveyed not to insult or bring criticism to the game. Instead, the issue was that it transported me, as a player, to this new realm so completely that an attempt to use my legs almost ended in disaster. This is something that should be lauded, along with the booth attendants patience with my idiocy. Especially as I have played many of these game demos standing with no issue, but never felt quite so immersed as I was in this title. 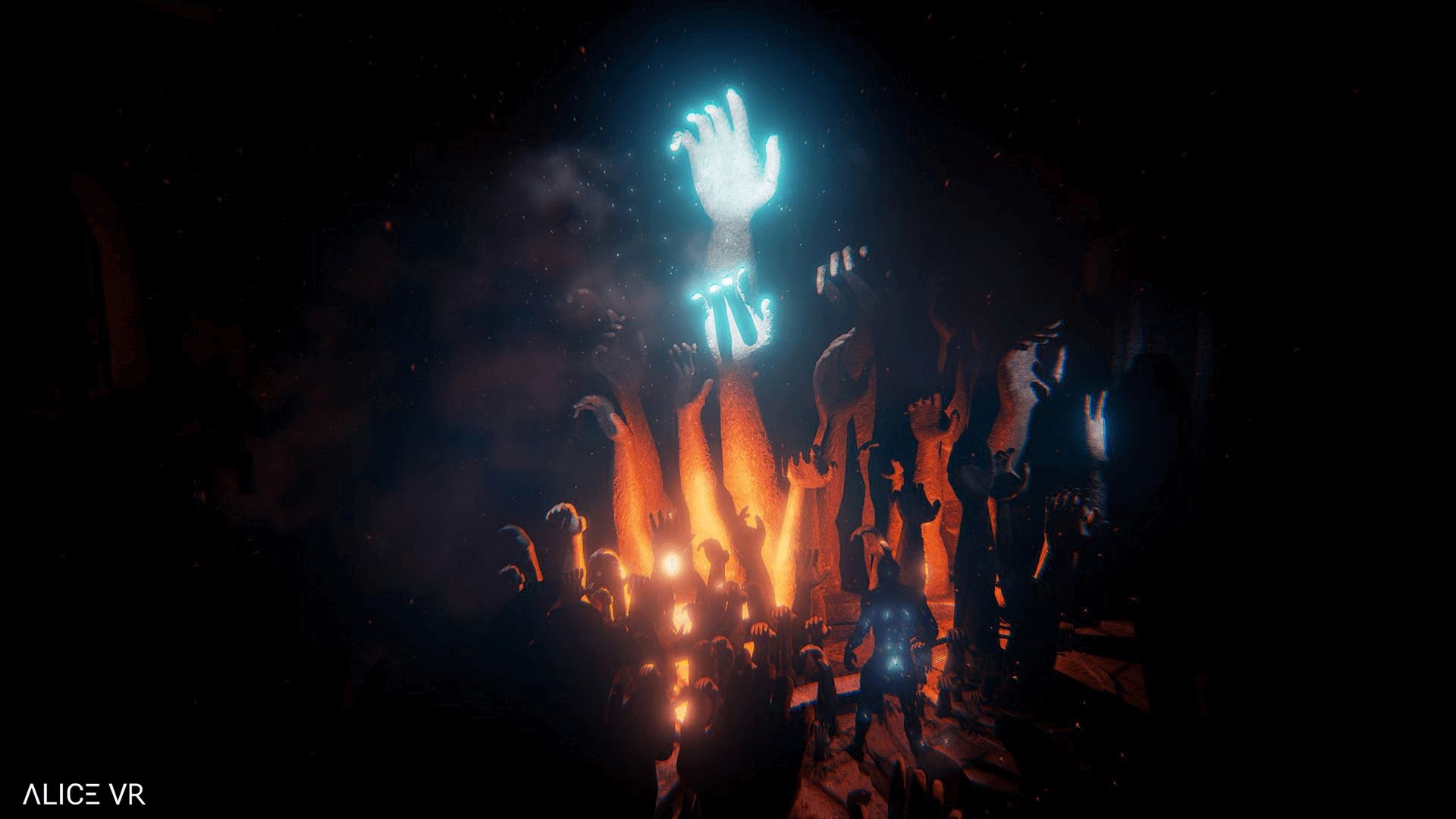 Being that this was an early, stripped down demo, immersion is exactly what the title offers. None of the puzzles were head scratching in nature. What was there was designed to get players in, give them a taste and get them out. Thus, it should be noted that how the final version turns out will be important for its longevity. Still, even with that caveat, Alice VR managed to be one of the most interesting, unique virtual reality experiences that I have been able to try. It very well deserves a place on the short list of interesting “actual games” that the platform desperately needs. Seeing as how it is due to release October, this title serves as a great reason for this writer to finally bite the bullet and get a VR set for home.