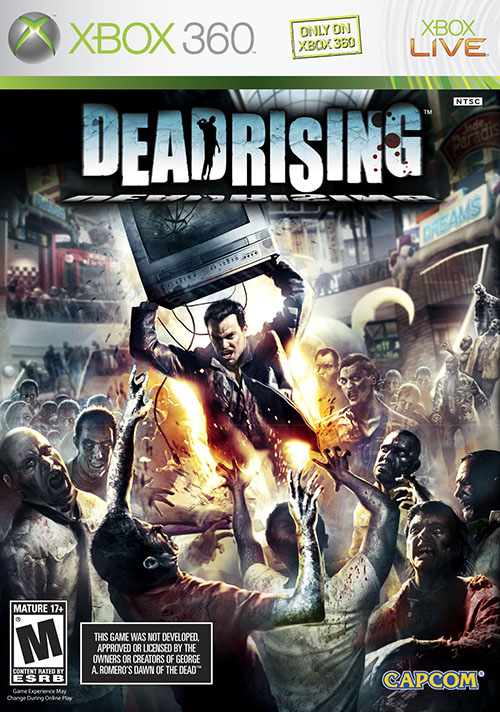 Ten years ago, the zombie scene was in the midst of the biggest boom ever and a little Japanese corporation by the name of Capcom took a chance on Microsoft’s newest platform, Xbox 360, by releasing a game about cutting up the hordes of undead. With a highly likable protagonist and a slew of memorable psychopath bosses located within a varied mall, Dead Rising became Capcom’s biggest new IP during the last generation. Outside of Ghost Recon: Advanced Warfighter, Dead Rising was also one of the few games within the first year of the Xbox 360’s life that really showed the leap from the previous generation. Cut to 2016 where the fourth game in the franchise is slated for a holiday release, so it’s the perfect time to revisit what made the series so great all of those years ago. Capcom has re-released the first game on not only the PlayStation 4 and Xbox One, but the PC, as well, introducing a whole new group of players to the classic zombie slasher.

From a mechanical perspective, Dead Rising hasn’t aged as well as one would think. Ten years have helped streamline the process of killing zombies substantially, causing Dead Rising to feel a bit dated in the process. Firstly, Frank West moves around like a tank until a certain level as he doesn’t start off as an agile or quick individual. It will take him awhile to get from point A to point B, making the earlier parts of the campaign feel a bit tedious and draining. At the very least his capabilities of swinging a bat or katana is highly enjoyable, bludgeoning and cutting up zombies in the most satisfying of ways. Aiming unfortunately feels incredibly clunky, that tied in with the inability to move while looking down the sights makes projectile weapons less than ideal. Artificial intelligence is also just as poor as it has always been. Frank West will be escorting various survivors back to a safe haven, but they can be some of the most frustrating individuals to interact with. Some will go off on their own, be stuck on environments and easily get caught up in groups of zombies. Giving them a weapon can help them, but doing so tends to encourage them forget they’re supposed to be following Frank. 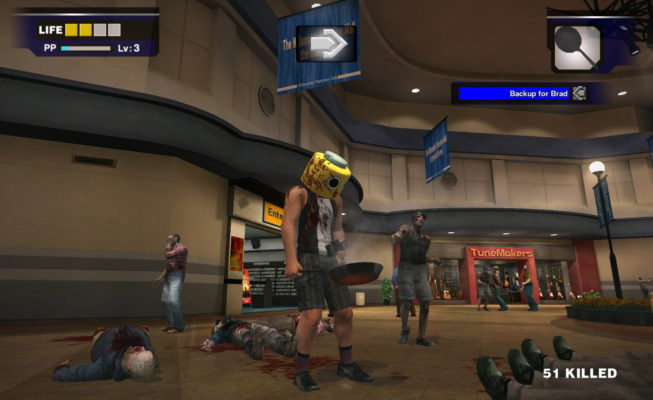 We’re also quickly reminded that Dead Rising was before Blue Castle Games’ (now Capcom Vancouver) fantastic innovation of combining weapons. There’s still a ton of enjoyable ways to dismantle zombies, but the combo weapons, and even combo vehicles, became a staple of the series, making it hard to imagine a Dead Rising without them. Fortunately, it’s the boss battles and even-leveled progression that will have players engaged from start to finish.

This isn’t a game that’s meant to be played once and put away. More than likely, players will obtain a less than ideal conclusion and be booted back to the start of the story in order to do things correctly. If anything, Capcom encourages failure in order to try again with an even more capable Frank West, as it’s guaranteed you won’t be able to save everyone on the first go around, and the 72 hour (actually around eight hours) limit is a constant reminder of that. Regardless, it’s all about having fun in this open environment, cutting your way through zombies, be it with a chainsaw or lawnmower, and Dead Rising accomplishes this perfectly. That tied in with the various side quests spread throughout the highly diverse mall makes Dead Rising just as fun as it was ten years ago.

Just as the mechanics are, the visuals make it apparent how far we’ve come since the original release of Dead Rising. That’s by no means a knock against Frank West’s adventure as our protagonist still look surprisingly detailed, but the majority of the game still contains quite a few lower resolution textures. Even some of the more open areas, such as the Leisure Park in the middle of the map, looks much plainer now. Fortunately, load times have been greatly reduced. Mind you, they were never terrible on Xbox 360, generally ranging from five to ten seconds, but the PC version performs substantially better. Not even running off an SSD, each map takes at most two seconds, and considering there’s very few instances of this due to the sizable areas, it makes the PC port all that more impressive. The frame rate increase is by far the best addition as, while there were noticeable hitched in the original Xbox 360 version, maintaining a steady 60fps is easily obtainable. Heck, running on a roughly five-year-old GPU, 60fps was achieved with no effort maxed out at 1440p. Dead Rising still looks surprisingly good for a ten-year-old game. 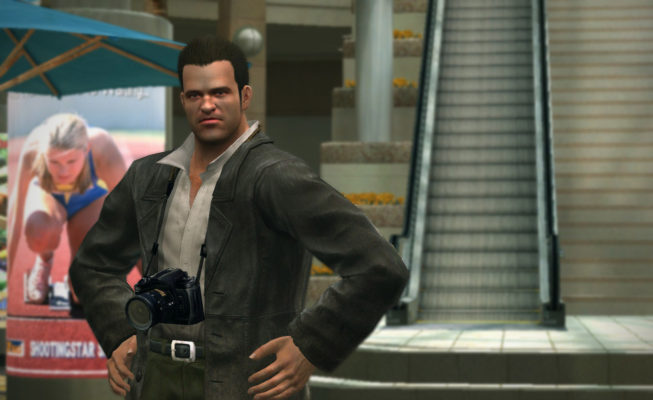 In 2016, Dead Rising is fantastic nostalgic trip that benefits from the higher resolution, frame rate and graphical options greatly, despite the overall textures and models not being as magical as they once were. While the opening parts can be a slog to get through, and this is before the innovation of combo weapons, cutting through hordes of undead is still incredibly satisfying, not to mention fighting the creative psychopath bosses. This all tied together with the wacky humor we have come to love creates a rather charming adventure. Capcom has been good at re-releasing their biggest and best games as of late, and Dead Rising is a solid example of how to do it right. If you missed this classic zombie slasher ten years ago, there’s no better time to catch-up.