As a developer, United Front has dipped their toes into more than a few pools. Responsible for the underrated LittleBigPlanet Karting, Modnation Racers and then moving to Sleeping Dogs is quite a jump in subject matter. They pulled it off as Sleeping Dogs was eventually a hit, even though it took some time to discover. For their next game, Smash + Grab, they are obviously hoping to skip that warm up period and get gamers interested from the start. From what I saw, they have a great shot at it.

As a game, Smash + Grab is all about the 3v3, team-based multiplayer. There are two modes, each centered around looting as much stuff as possible. The first mode is focused right around looting. Stores slowly become unshuttered as the match goes on. Players need to break the glass at the store fronts and in stores themselves, and steal the goodies found. The other one has those same mechanics, but with the extra wrinkle of a heavy case that periodically spawns around the map. The case needs to be carried (oh so slowly) back to the team’s base for a massive infusion of cash. 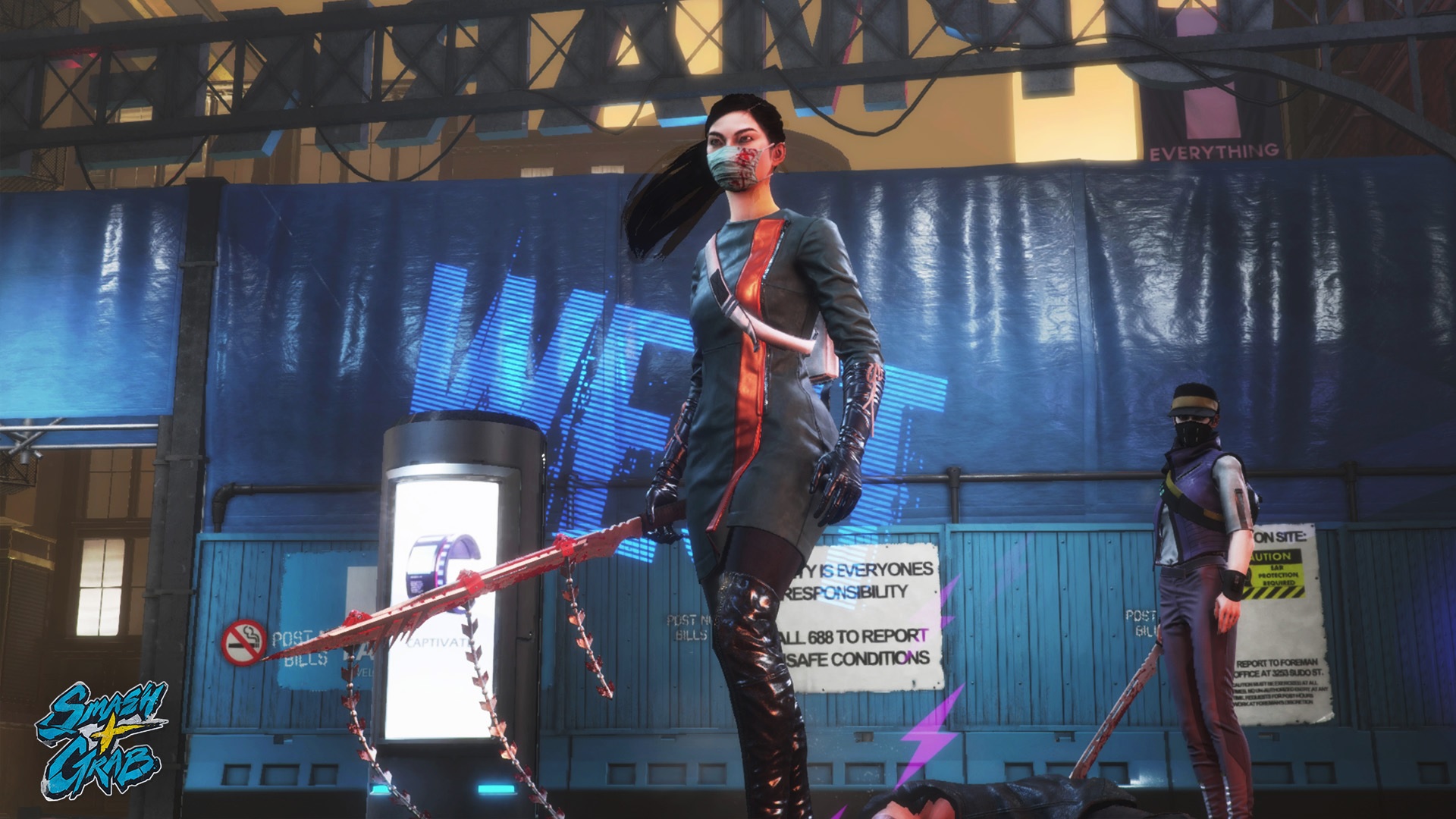 While the match types sound simple, the large amount of characters bring in the strategy. The make up of the available characters obviously drew some inspiration from MOBAs. Each of the many heroes and heroines come with their own set of abilities. From lithe ninja-types, to massive tank like bruisers, there is bound to be a someone for everyone. Shooter fans can perforate the opposing team with a nailgun, while others might decide that the only way to say “I love you” is with a 2X4 studded with rusty nails. The starting weapons aren’t all that will be available, as various upgrades and new weapons can be found through looting. Elemental damage can be applied as well through upgrade stations found at the base. Whenever enough materials are located, the player can approach the station and quickly select between two choices available. Bleed, poison, and more will all be up for grabs.

The options don’t end there. Each hero will also be taking with them a second in command along with a gang of four lower lackeys. These are also varied across a field of talents and choosing the right make up is important for success. Which would be best: a group that all specializes in fighting, or maybe a balanced party where support, looting, and fighting talents are represented in the selection? That is up to the player to decide based on their play style. Add the vast multitude of options to the unlockable character skins and whatnot, and it will get to the point where the player variety will be quite high indeed. 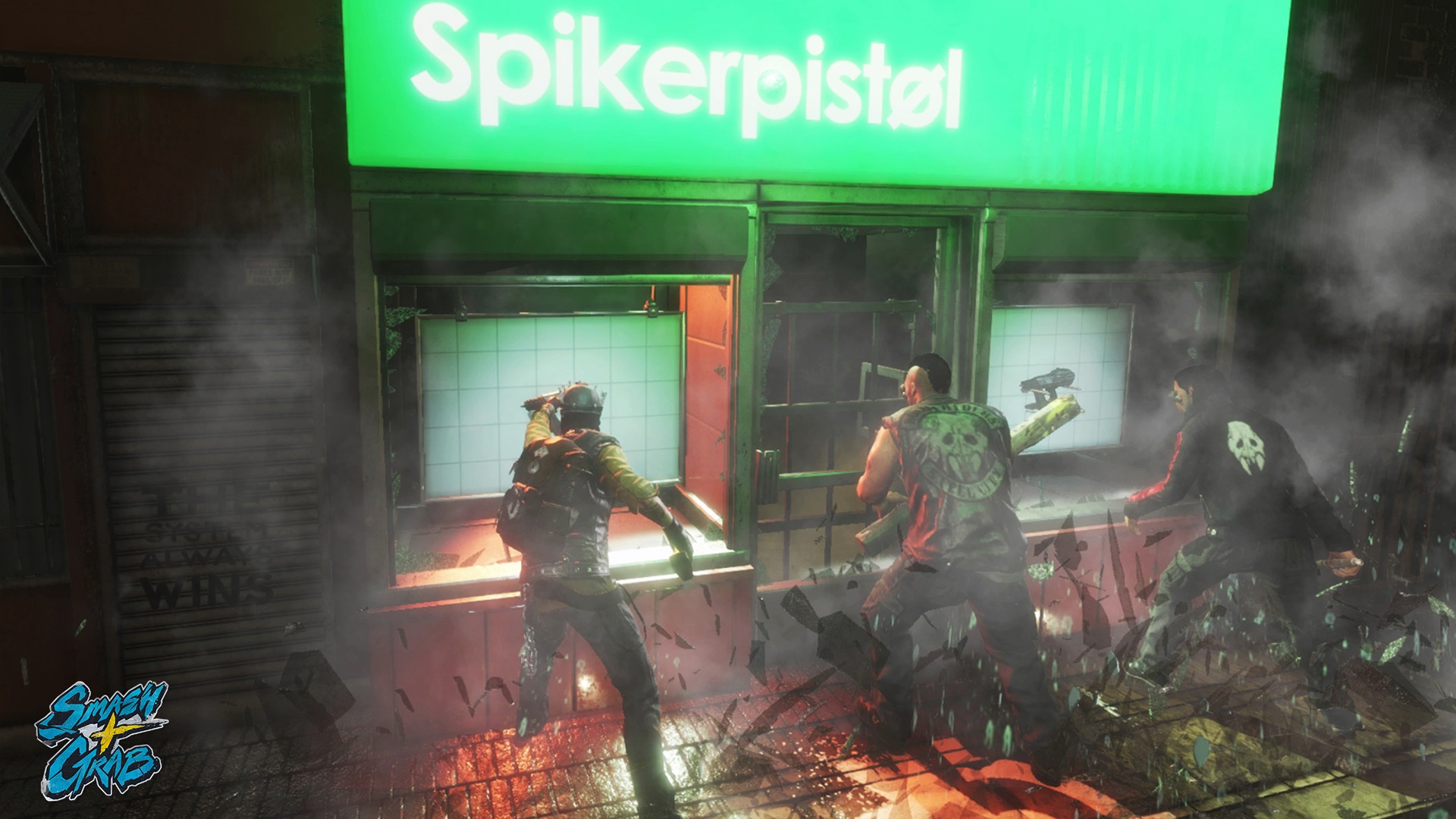 The matches themselves prove to be a special mixture of brutal and strategic. With every player bringing themselves, a lieutenant and a group of bangers to the shindig, nobody will be hurting for something to beat up. Knowing when to use a special skill, when to loot, and when to retreat and upgrade is something that will take some time to master and many people will believe that they, and only they, have the correct answer. The player’s theory might be quickly dissuaded by a claw hammer to the bridge of the nose, but that’s how people learn. (That last statement brought to you by: “Holy Crap! See A Shrink Already!)

I’m not going to lie, though, I haven’t found the best strategy yet. During the two matches I was able to play, I found myself crumpled in a heap more often than a woman of the night’s clothes on double coupon day. That is to say I got murdered. A lot. It’s a testament to the superlative and fun gameplay that I didn’t get frustrated. Instead, I wanted to jump back in to see how much havoc I could wreak and how much stuff I could snag. Smash + Grab has only just been announced and it’s already shaping up to be one of the better multiplayer experiences. As it will be releasing to Steam Early Access later this month, it won’t be long until players can see it for themselves.