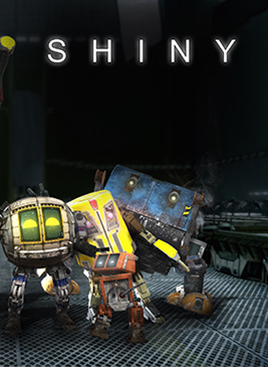 The great thing about indie games is that almost anyone, anywhere — any number of skilled and creative individuals — can band together to make something that has the potential to go on and reap many benefits, commercially or otherwise critically. The fact developers Garage227 hail all the way from Brazil, you could argue, is a testament to the accessibility and noticeability non-AAA entities have garnered for themselves over the past decade. But of course, geography is no free-pass, regardless if you hail from South America, Eastern Europe or anywhere else on the globe and some would argue setting yourself up to be judged on a side-scrolling platformer is about as foolproof as releasing [yet] another procedurally-generated survival-and-crafting game.

My point is Shiny – as is the case with any other 2.5D release now or at any point hereon – will, it seems, be judged more so than other titles because it pays homage to one of the biggest sub-genre’s particularly within the indie community. To truly shine, there needs to be more than just visual niceties. Furthermore, it has to be fun to play. I won’t deny that Garage 227 have brought something interesting to the table here, perhaps not quite with the same revolutionary factor as the modern greats that’ve come before. But the mere premise that each of your actions has a direct consequence; case in point, player-character Kramer 227’s battery meter (which doubles as a life-bar of sorts) that steadily depletes with every slight movement, hopeful jump or major use of internal power.

Coming into Shiny, the idea of something as understandably strict as a continuously depleting life-bar if not entirely new (given the survival genre’s love for status-managing), certainly shakes things up in-between those more calculated of platform jumps and at its brightest, Shiny certainly gives players a troublesomely positive dilemma on getting each action spot-on. There are of course collectibles throughout each of the game’s dozen-or-so levels that help recover a slither of energy — so too checkpoints will give a full recharge. Albeit with limited uses; each checkpoint only offering a certain number of retries depending on the difficulty and challenge shortly thereafter. Use them all up and it’s back to the start of the level — an alternate if not entirely evocative take on player/character lives. 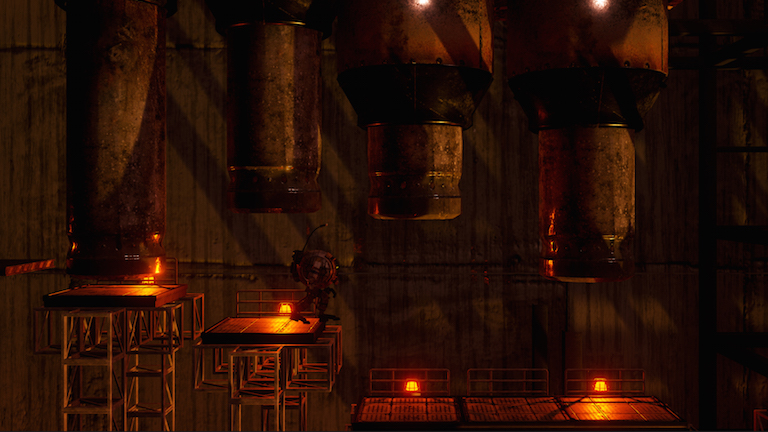 Thus, these two factors combined mean the player is prohibited from mindlessly button-spamming their way to victory – lethal segments of falling debris, open flames and platforms that required energy to move harkening to the best the likes of Crash Bandicoot so often delivered on the original PlayStation. What’s more, the addition of power-up’s and abilities that help shield you against hazards, though helpful in the short-term, can mean an accidental slip of focus on sustaining enough power to reach the next recharge. Had this been the start and not, disappointingly, the end to Shiny’s successes, Garage227 might have made a noticeable dent on the sub-genre to rival Playdead, Yacht Club Games and co. Sadly, Shiny – as an all-round experience and physical creation – feels not only thin on production, but despondently lacking on the performance side.

Take the game’s very opening cutscene, which is intended to visualise the game’s backstory: of a World of robots; deprived of mankind and now doomed to perish as their planet hurdles towards a nearing star. The game attempts this synopsis (and fails in doing so) with the kind of lifeless, tone-deprived animation you’d find tucked away in the making-of sections of a Disney DVD, let alone the final build to an official game. So too the in-game graphics and textures feel poorly optimised and low in quality; more often than not the game’s lack of aliasing meaning the simplistic geometry of levels will stand out with jagged edges and unpolished textures. 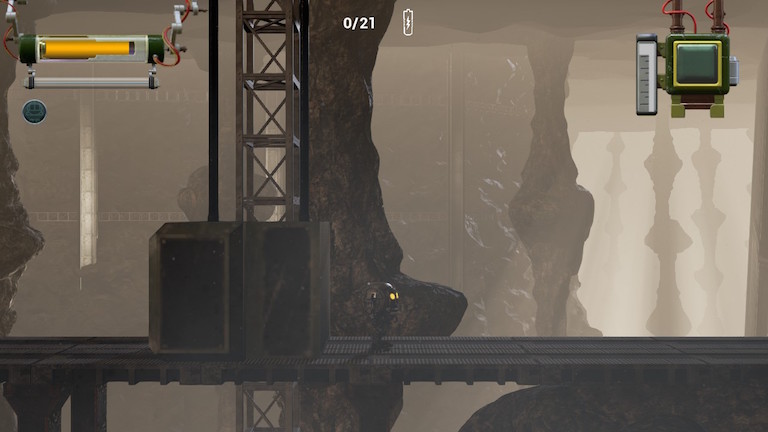 Levels themselves, while diverge from mine-like caverns to industrial complexes (and have little-to-no middle-ground they come across at times as if they’ve been randomly stitched together with no clear set order) for the most part are simplistic in their design with oblong platforms and slopes making up a vast majority of the creativity – most of which ultimately blurring together into roughly the exact same structure. It’s not helped by your character’s rather stiff and heavy sense of movement which makes platform-jumping — especially in moments of perilously careful-timing — more challenging than need be.

But the greatest sin in Shiny‘s technical performance is how much — and sudden more alarmingly — the game will freeze. I found myself having to undergo whole seconds of gameplay temporarily freezing on me at nearly every robotic NPC I helped out. Sadly, this wasn’t a contextually isolated incident and the game had me thrown back to my desktop on numerous occasions, even crashing entirely at points when loading up the next level. Players too will find themselves coming under strain of some peculiar collision detection, meaning your character will skid completely off-screen or even find themselves floating in mid-air. 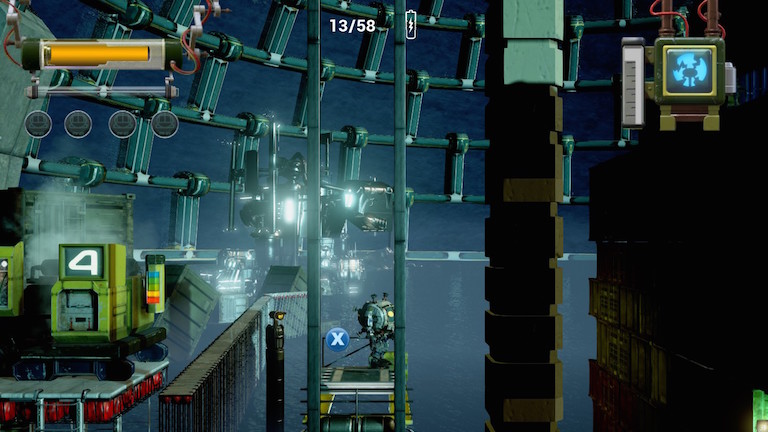 There are always going to be games released that don’t quite meet the high’s you’re led to believe prior to getting rigorously stuck into the depth of gameplay and technical stability underpinning the experience. While there’s no argument against the principle Shiny has a good concept going for it as far as offering consideration before taking that next pivotal action — no matter how minor it might be — its woefully-optimized performance and presentation (visually as well as from a design perspective) can put many off even the more notable of classic platforming segments. No doubt the gameplay has come first, which is good, there’s just very little else disproving the feeling of cheap imitation. A game that freezes as if it were part of some cynical “item acquired” notification, is a game clearly lacking rigorous testing.