Damaged Core is a VR first person shooter from High Voltage Software that is coming to Oculus Rift. It’s set in a futuristic world where robots have become sentient and have decided to wipe out biological sentience. Humanity’s last hope lies with you, another sentient robot, but one that was built to defend humanity and with the ability to transfer its consciousness into other robots and take them over.

This is High Voltage’s sneaky way of making jumping from one point to the next make sense in the context of the story. For instance, in the Batman Arkham VR experience, you, as Batman, teleport from one point to another so that you don’t get sick in real life. Movement is one of the biggest problems facing VR developers right now, and teleporting has worked well so far. The problem is that in Batman, it doesn’t make any sense. Batman can’t teleport, because he is just a human man. Damaged Core takes advantage of this idea and implements it into the story, which is a nice touch, especially for a narrative first person shooter. 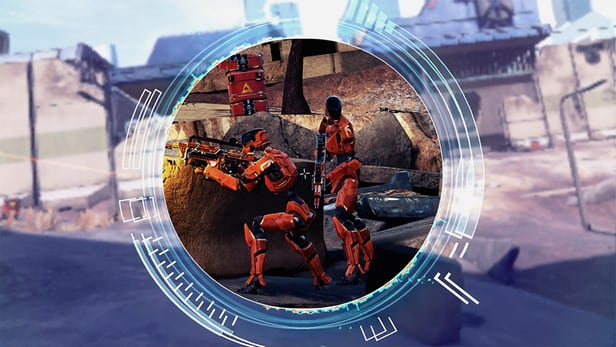 The story itself is a bit cliché in some ways, but it does have some nice twists, at least from what I’ve seen. You wake up at the beginning as a new robot, being worked on by a woman who seems to be the scientist that created you, and the military commander who looks to be the guy recruiting you. They start talking about you, which gives you as the player some context as to what has been going on in their world, and then the woman takes you through some training routines. This is where you’ll learn the basic mechanics of the game, like shooting, switching bodies, and interacting with the world. After that, all hell breaks loose. You’re thrown into a battle as the robots that ambushed the facility, and off you go on your adventure to save the human race. It will be cool to see how crazy things get in Damaged Core‘s story, and if there are any new mechanics or robot variations as you go.

Damaged Core is also incredibly fun to play. While you still control your aim with the movement of your head instead of it being independent (which is what I personally want), aiming and shooting both do feel very natural. It is easy to see when you are on target, and you don’t get frustrated when you don’t hit them, because you can see that it was totally your fault. Zooming is also really intuitive, because you would think that while zoomed, you would have to move your head very carefully because the zoom makes it sensitive, but it isn’t this way at all. You can zoom and still track a target without the camera being too sensitive. 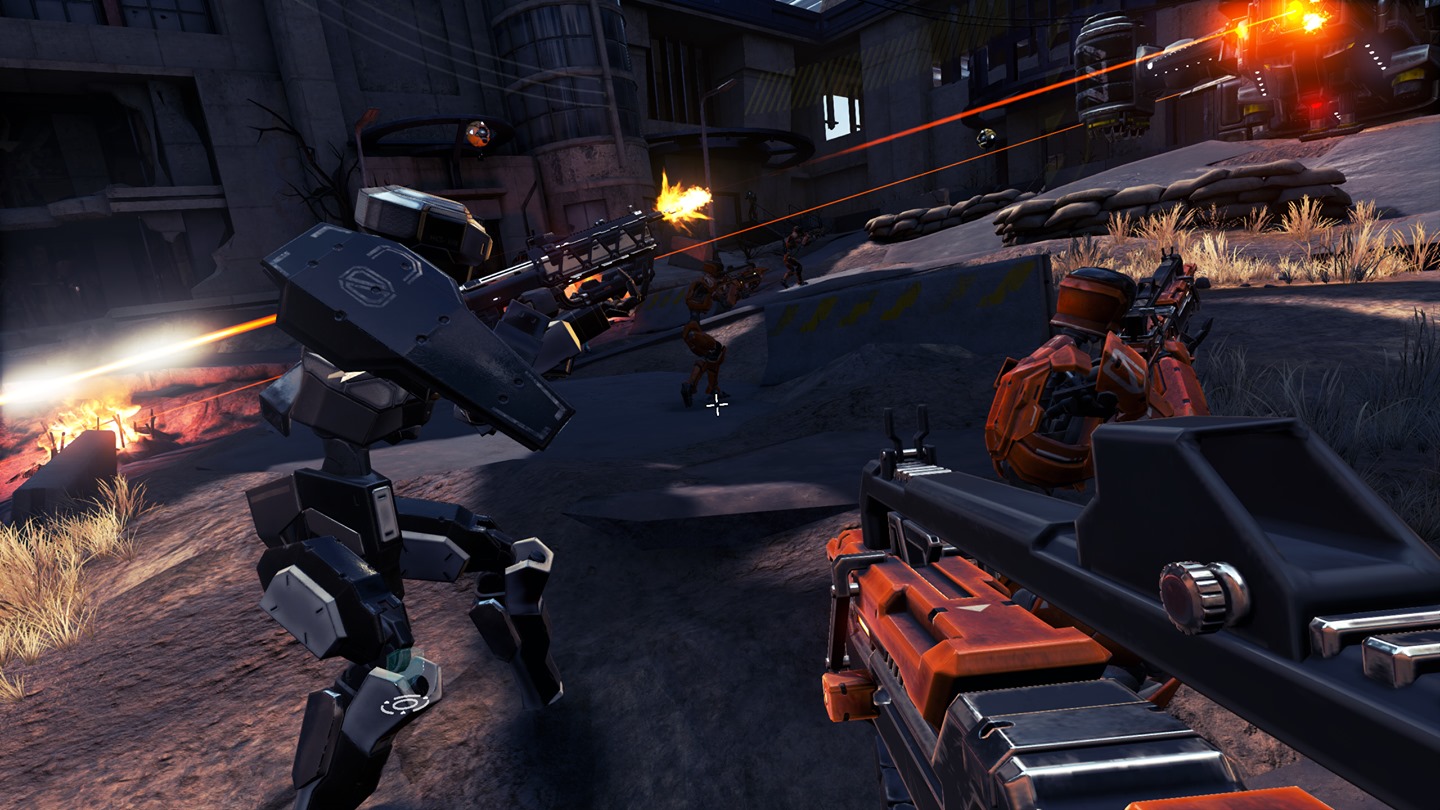 High Voltage has been working on Damaged Core for about a year and a half now, and it was actually Oculus that came to them with the project. Their goal was to get a VR game to have up close, visceral first-person shooting that feels and looks good. High Voltage has been known to take on new technology, working with Kinect and the Wii Balance board and now diving right into VR.

Damaged Core is out now on Oculus, so give it a look. It’s one of the best-feeling first-person shooters I’ve played in VR, so if that is what you are looking for in VR, this is a good step in that direction.