As time passes by, and the ravages of age continues to play tricks on the mind, one has to sit back and reflect. When the deepest thought to arise during this meditation is “Wait! It’s been 17 years since Descent 3?”, then it’s known that I am really stinking old. The classic series was one of legend, though. Taking the first person shoot ’em ups like Doom and Duke Nukem 3D, and making the map work in a complete 360 degrees was a revelation. We old people explored mines while piloting our personal ships, looking everywhere for the next door, and using heavy lasers on the malfunction mining bots, and it was glorious. Frankly, it’s a bit strange that this formula wasn’t ripped off repeatedly since the last true entry. Yes, there was the Freespace spin off that took players out of the mines, but it’s not the same.

Revival Productions has decided to plug that hole. After a successful Kickstarter campaign, the original team behind Descent, previously from Parallax Software, has been working hard on creating a true sequel in everything but the name. The only reason that they haven’t gone ahead and secured that is simply because they don’t want to deal with Interplay, the holder of the license (for now). Instead, they have named the project Overload. 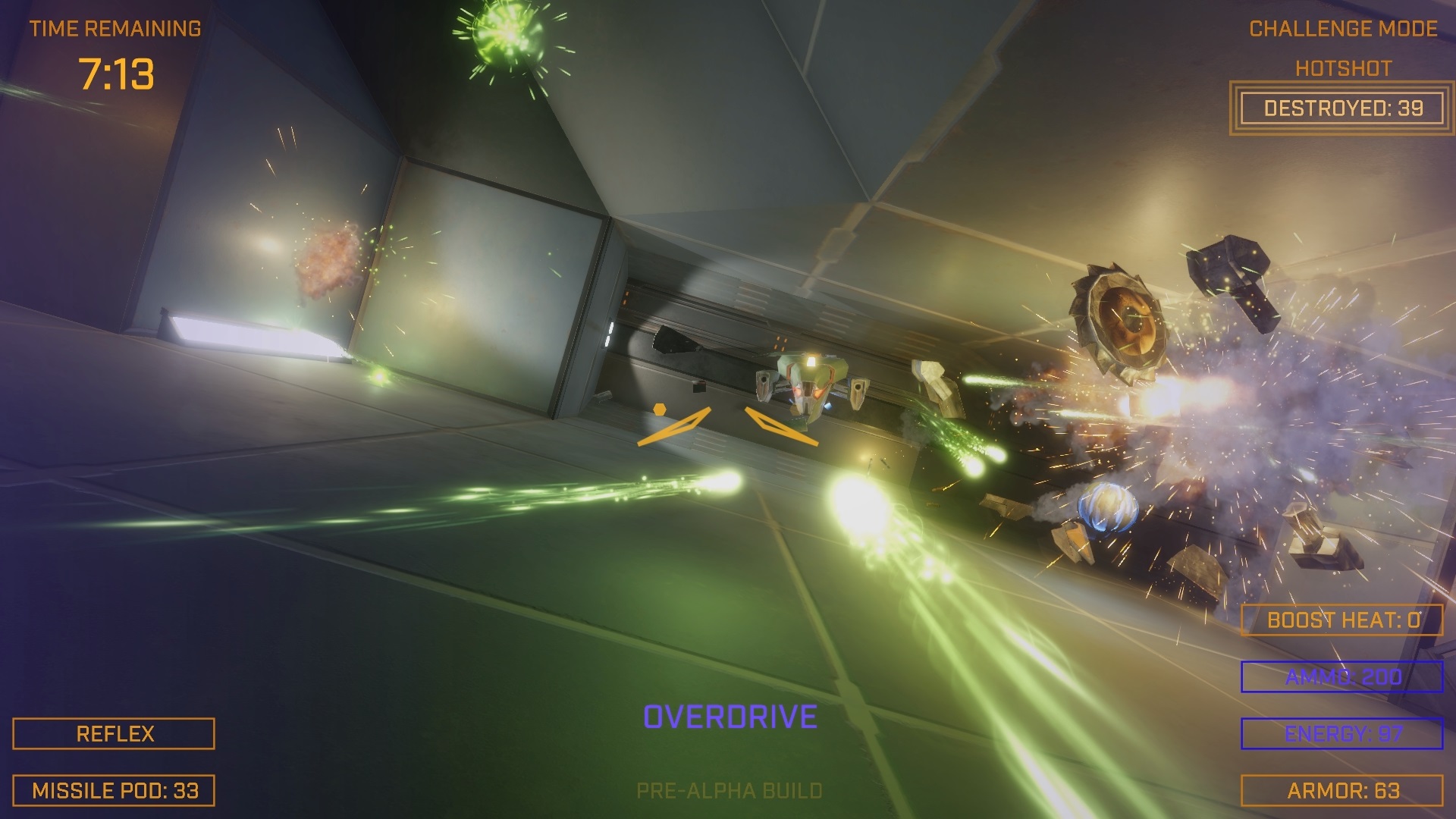 It’s an apt name, especially as that is what is does to the senses. Being fortunate enough to try a demo of the title in both VR and a regular screen, it can be reported that the game runs incredibly well in both. The demo itself centers around a timed survival mission across a medium sized map. Players need only to live and blow up aggressive machines, looking to get a kill count high enough to go on the leaderboard.

In either version, the demo felt exactly like a souped up Descent. Controls are designed to be immediately understood, and it is a snap to shoot around the map, dodging fire and attacking the foe from any angle. When one has to think in true 3D, the combat options are wide open. There were plenty of options for ordinance, too. Various laser based weapons could be found, each with their own rates of fire and power. The lighting effects on these are very well realized, with noticeable reflections off the walls and enemies. Ballistic choices were around, too, with missiles of various types to be found. 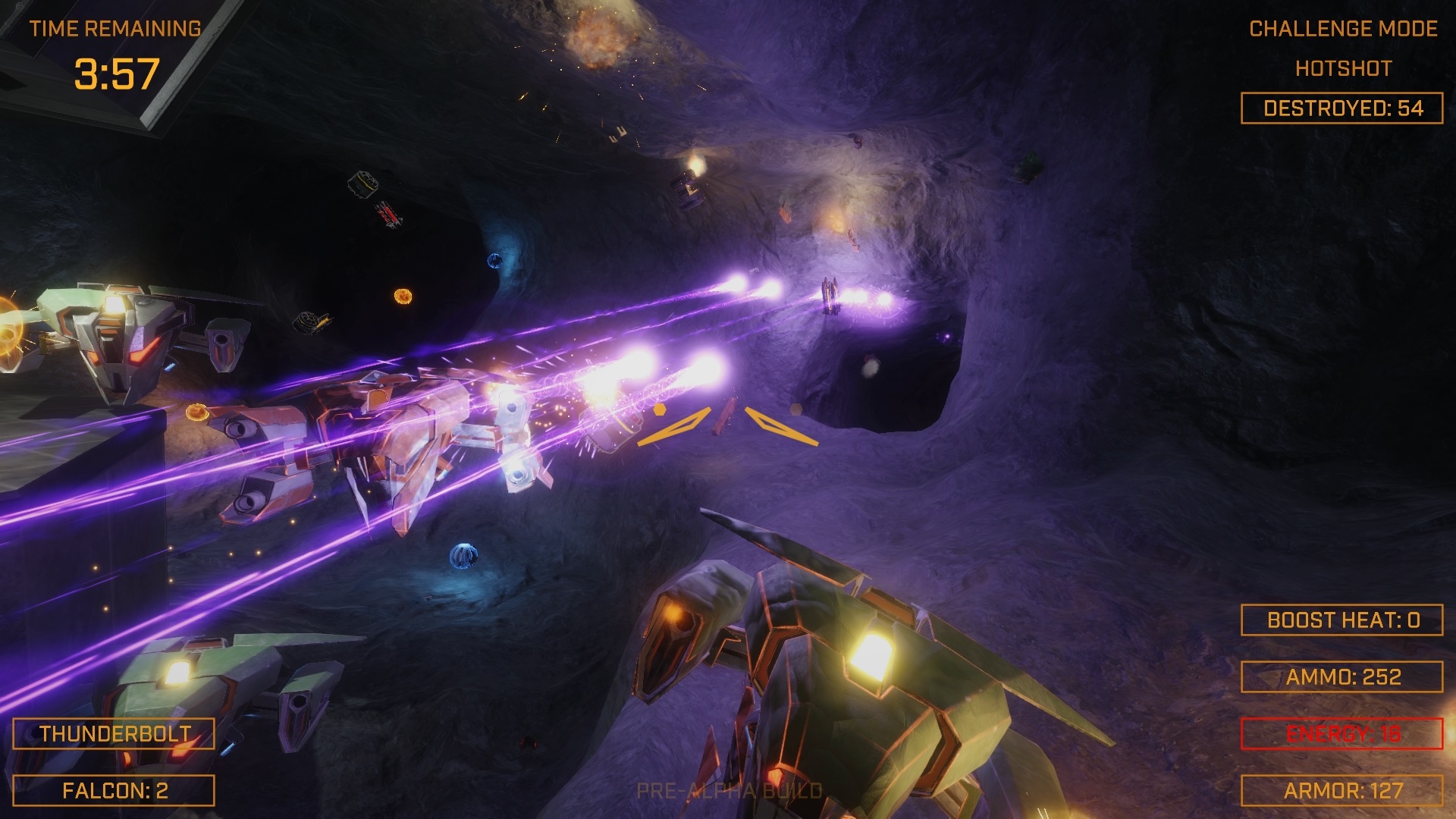 While the Overload demo I got to play was limited in scope, it shows that that the team at Revival Productions not only remember how to create a good Descent game, they have perfected the craft in the intervening years. This is another game to add to the building list of reasons to pick up a virtual reality rig, but it is still as fast paced and cool on a regular monitor. The release date hasn’t been announced yet, but there looks to be ample reason to give this a download when it comes out on PC, Xbox One and PlayStation 4.