In my younger days the idea of a roller coaster that could make me projectile vomit my last several meals sounded invigorating.  Said disgusting event never actually took place, but the feeling of having my innards get jumbled around as I am hurtled through Sonic the Hedgehog loops at Sonic the Hedgehog speeds was invigorating.  As I have grown into the bitter old man I am now, I hate crowds and the laughter of children, so amusement parks do not have quite the same appeal, but I do miss the gravity defying experiences and spinning in fast circles on the office chair just doesn’t cut it.  Luckily, we have Detached, which is an intense VR experience for those gamers seeking the most extreme immersive experience.

This bears repeating, Detached is meant to be a hardcore VR experience.  This is the first VR game that has successfully given me motion sickness, which is a feat worth of applause.  It is advisable not to try to power through the game as the player’s mind will start to associate the experience with pain, causing motion sickness.  Taking one’s time with the game will lead to a more pleasurable experience, just like with lovin’.  Detached does break one of the rules of VR, which is it offers the freedom to accelerate in any direction.  This is a game that is meant for people who want the level of immersion to be felt. 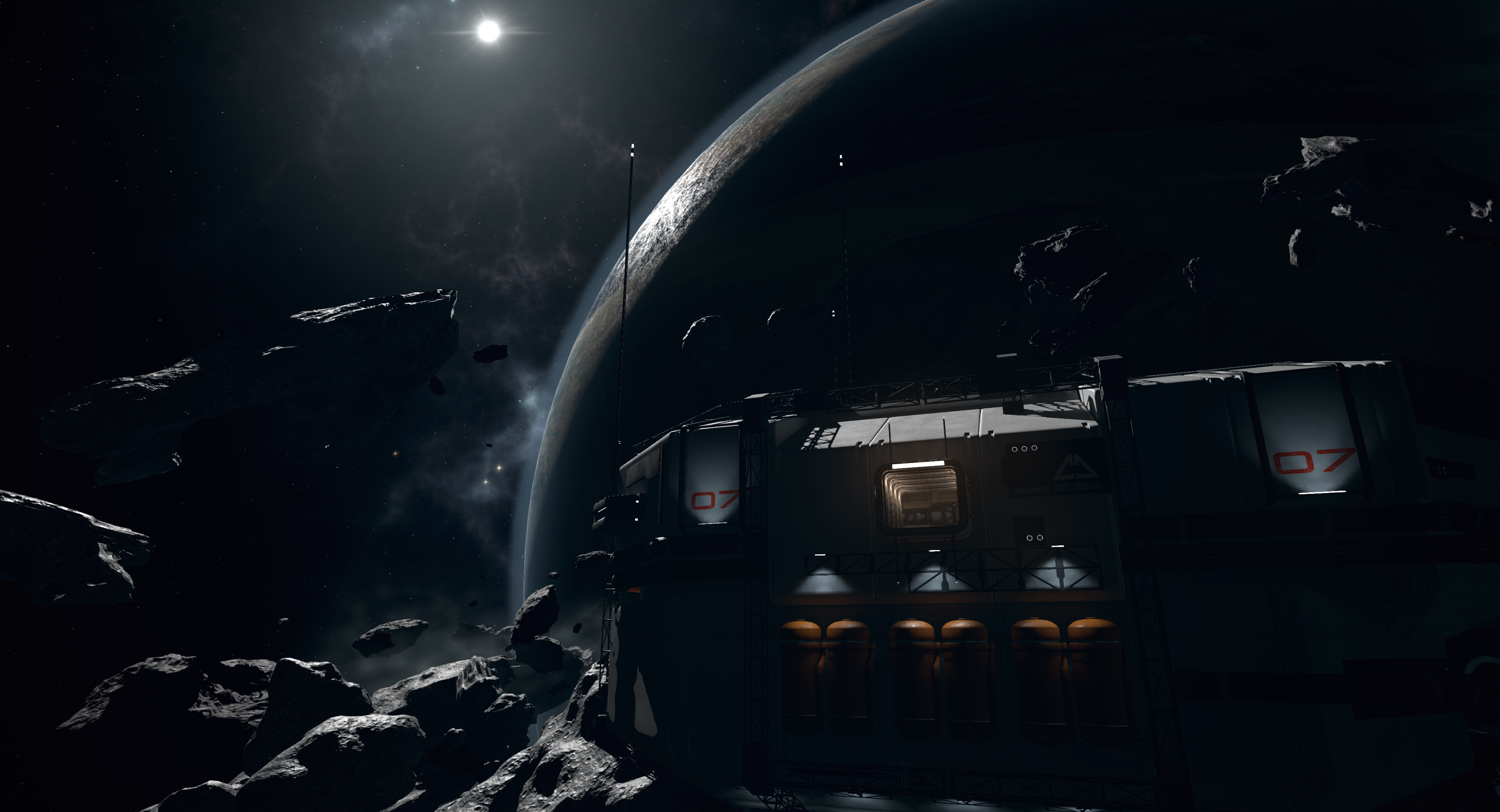 Detached is a space simulator where the player gets to assume the role of an astronaut.  The astronaut’s movement is guided through the use of a controller so this game can be played stationary.  This does not take away from the feeling of immersion, as the VR works its technological magic to create a sensation of movement.  To help get the bearings set, the build I played had me begin in a virtually gravity free space station where I floated to the various switches that opened the airlocks.  Navigating through the gravity free environment took some getting used, but once I got the hang of it things became fun.  The reward from opening the airlocks was the freedom to leave the station and explore the vast playground of outer space.

In addition to the freedom to float around space, there is a PvP component to this.  There are multiplayer challenges that required flying through obstacles with precision and speed.  These challenges include racing the other player and an outer space version of capture the flag.  Currently the multiplayer mode is limited to one on one due to the fact the VR crowd is still a very small subsection of gamers, but it may increase to two on two if popularity increases. 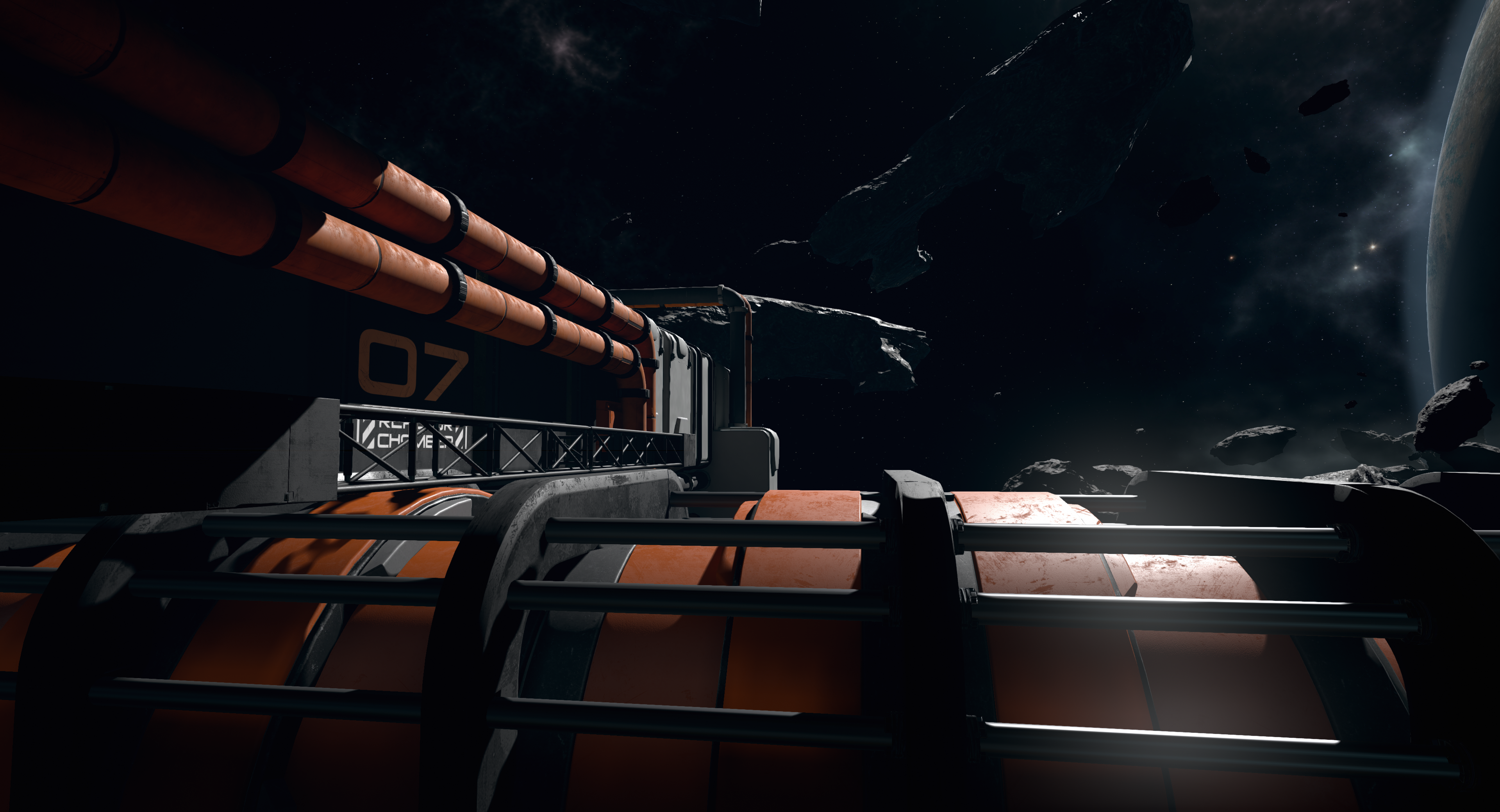 Detached by design is not a VR game for everyone.  While the sample size I am drawing from is extremely small, it is possibly the most immersive and intense VR experience I personally have had.  The motion sickness component is real, but for most people it will decrease or be eliminated completely as they get used to spending time inside of these VR worlds.  To compare VR games to carnivals and amusement parks, if the merry go round is the most extreme ride you can handle this might not be a good choice for you.  If you are the type to seek out roller coasters that make you sign a legal indemnification waiver agreement before strapping in, this is the game for you.