For Honor has been teasing us with its epic anachronistic battles for over a year now.  In recent months Ubisoft has been granting us a taste of the various multiplayer modes, typically through a LAN set up.  This weekend they have unleashed their creation into the wild through a closed alpha event to have the multiplayer modes experienced in real world gaming conditions.  The alpha build will feature three of the five multiplayer modes, which would be Duel 1v1, Dominion 4v4 and Brawl 2v2.  Being the lazy narcissist I am, I included links to previous articles on some multiplayer modes so I can focus on the newer bits of information from the alpha in this article.

The closed alpha allowed us to choose from six heroes, half of the dozen that will be available at launch.  Each faction had two heroes available to help get players acquainted with the different play styles of each hero class.  The Vanguard is a well rounded class, and each faction had their Vanguard character available, which is Warden/The Legion (Knight), Raider/The Warborn (Viking), and Kensei/The Chosen (Samurai).  Two assassin classes were available, they were the Orochi/Chosen, and Berserker/Warborn.  The Legion had their Heavy class hero available, which would be the Conqueror.  All these heroes play a little differently from one another but none of them have a distinct advantage over any class.  Success in battle is based on how well a player masters the Art of Battle system and finding a hero whose attributes are best suited to your play style.  Personally, I have the best luck with the assassin class heroes which stems from how I tend to play fighting games, which emphasizes speed and agility over brute strength and the ability to be a punching bag. 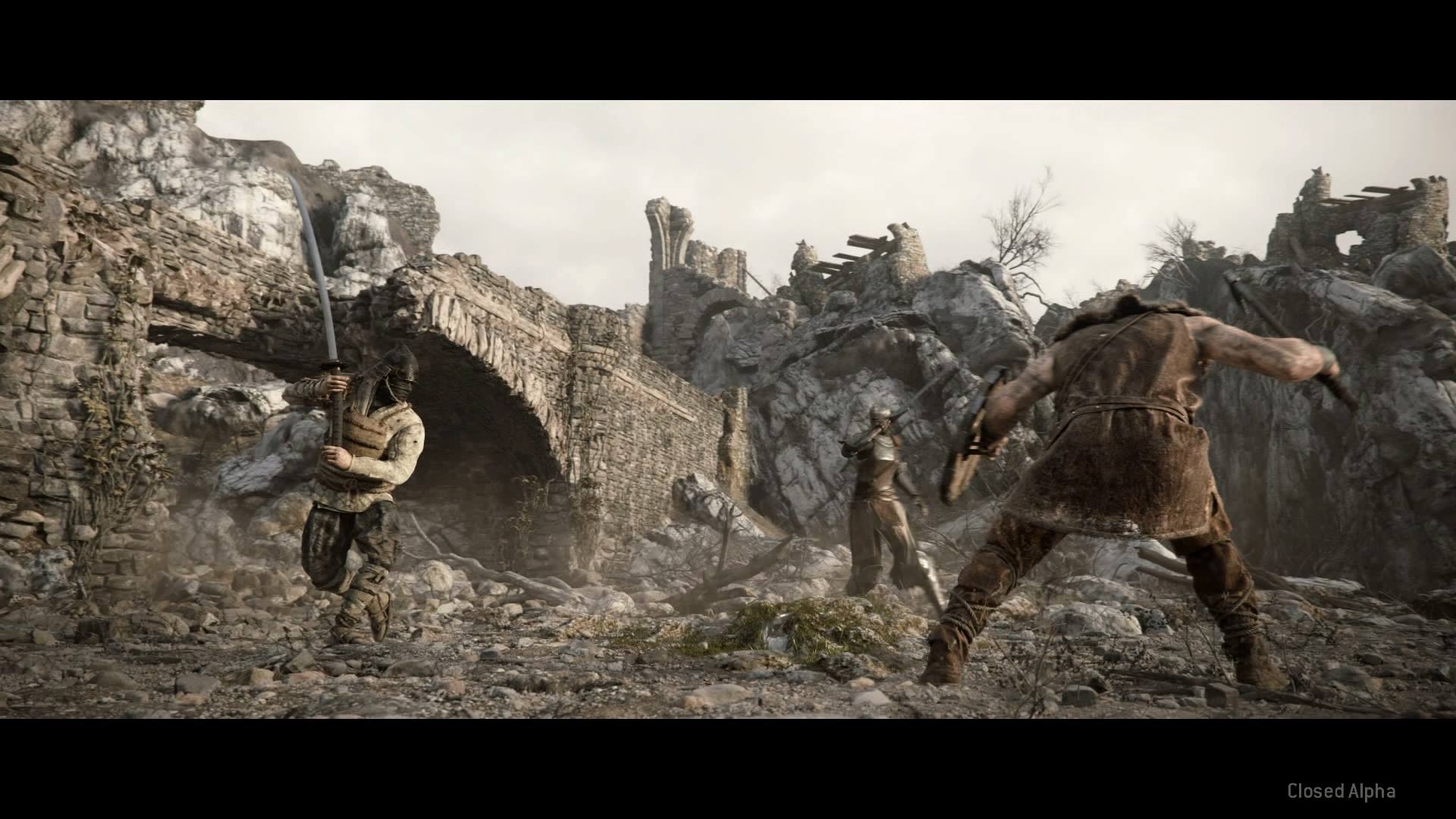 Prior to the closed alpha I have played For Honor on a couple occasions.  Something I had not seen that was included in the alpha was an introductory movie.  I already knew the in game graphics were great, but like most high res cut scenes this took the visuals to a new level.  This movie shows a cataclysmic event where castles collapse and the land is ripped asunder.  Among the ruins we witness the start of the battles among the three factions that last for a thousand years.  This all transpires during a narration by Apollyon, the mysterious warlord that you ultimately seek to destroy in the campaign.

The Brawl 2v2 is the newest multiplayer mode that Ubisoft has revealed to us.  The gameplay of this mode is very similar to Duel 1v1 with the difference that this mode features twice as many combatants (thank you Captain Obvious, we never would have guessed).  There is no ground to capture and maintain like there is in Dominion, this is a simple kill your enemies in best three out of five round fight.  The teams begin split up so it starts like a one on one duel.  When the first player goes down, the victor of that skirmish can look for their teammate and gang up on their surviving enemy.  The survivor can run away and revive the fallen teammate, at least in theory.  Anyone who has played team based combat games is aware that reviving your friend can be difficult when the enemy is still trying to kill you.  Like the Dominion mode, communication over the the headset can be used to implement teamwork strategies. 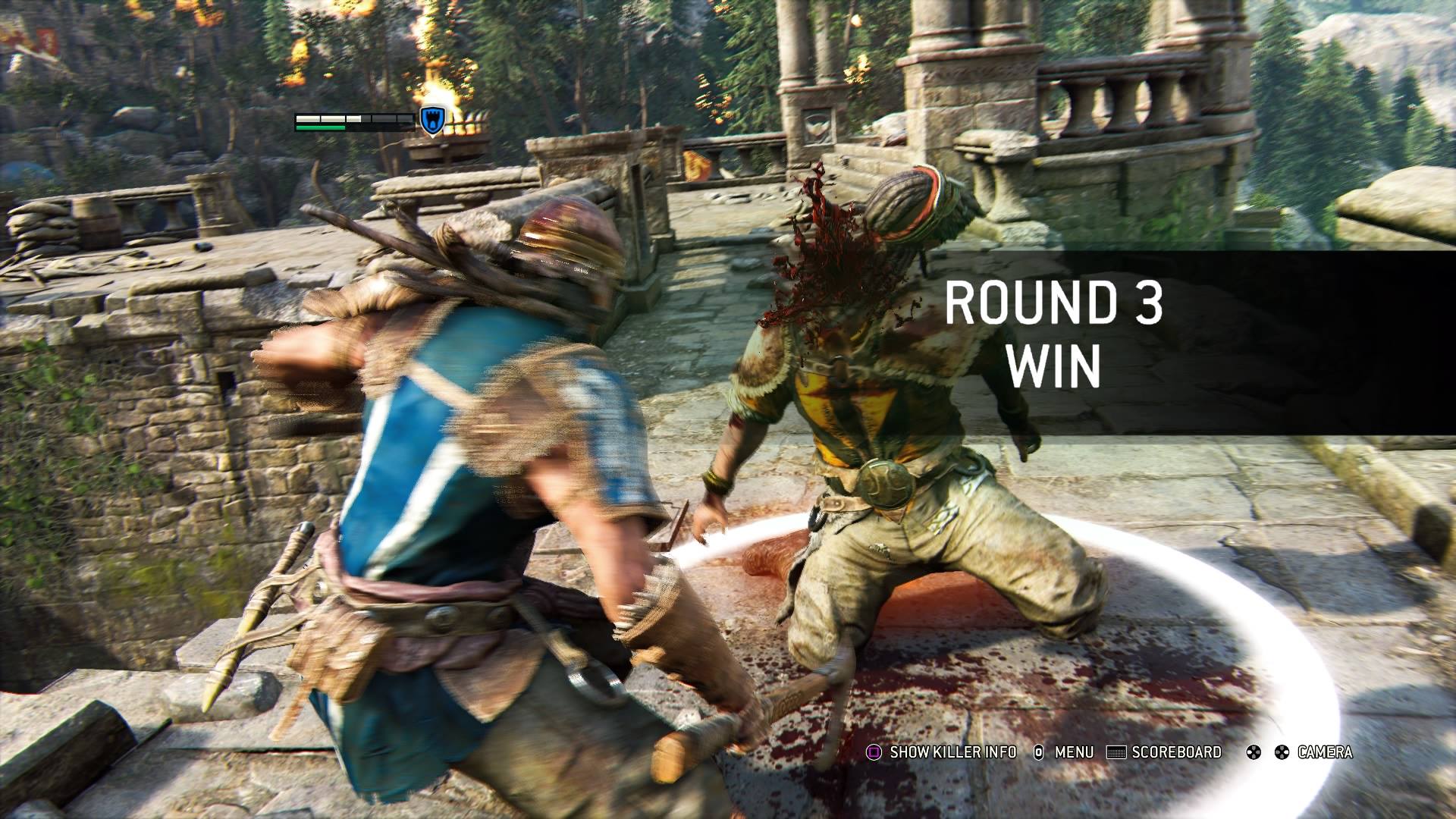 As this was a closed alpha, everything experienced in this event is subject to change prior to the release of the final build in five months.  Based on what I have played, Ubisoft taking their time with this game has paid off.  The finding other players to play with and getting into a game happened incredibly quickly and not once did the game suffer any performance issues.  That is the biggest variable with online games and that is somewhat beyond the developers’ control, but it was nice to experience no technical hiccups during the event.  Everything I enjoyed about this title from previous sessions remains intact and the variety of character choices does add variety to the experience.  Having environmental factors play a role is a nice touch; I have to admit I laughed out loud when I won a match by kicking my opponent off a bridge.  I am honestly more interested in getting some hands-on time with the single player campaign, but if the campaign mode is on par with the what I have seen so far of the multiplayer, For Honor will be a welcome addition to my game collection next year.