The superb free to play MMO, Neverwinter, tends to see the console expansion packs later than the PC version. It’s been that way for awhile. Sometimes, that’s the sacrifice to be made for sticking with a “plug and forget” environment. Still, it works for me. The PlayStation 4 edition is how I prefer to roll. Anyhow, the most recent expansion for Cryptic Studios and Perfect World Entertainment’s massive title, Storm King’s Thunder now has a release date: October 18.

Taking place in Icewind Dale, players are tasked with traveling to Bryn Shander to stem the flow of one of the most metal breed of monsters. They will not be forced to do it alone, as classic characters like Catti-brie, Wulfgar, and Harshnag will be lending their skills and aid. The new campaign itself begins at the aforementioned Bryn Shander, but will continue through Lonelywood and Cold Run. There is also a new dungeon, taking place on Fangbreaker Island, to unlock and tackle. 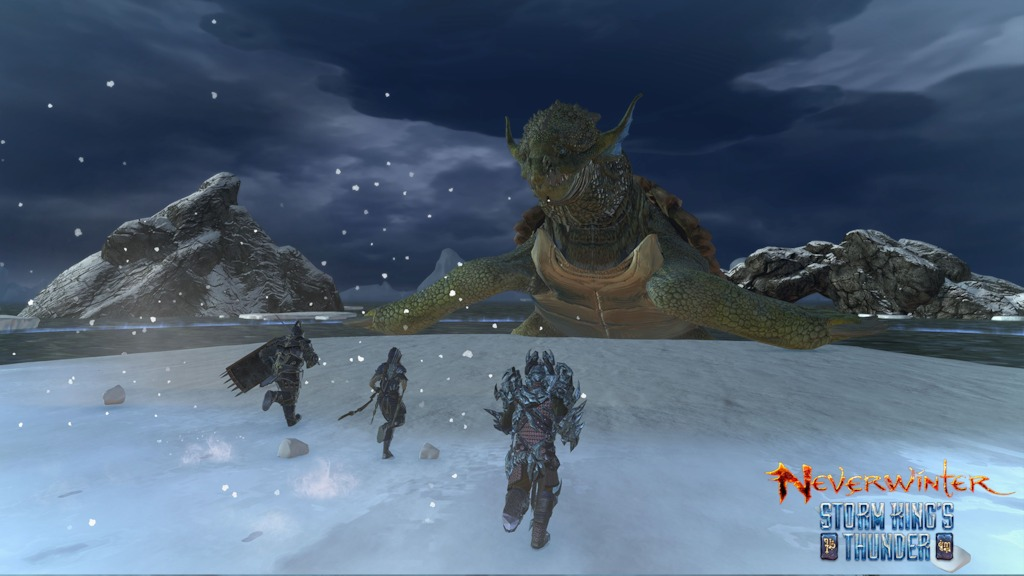 Also coming for PS4 players on that day is the Guild Alliances expansion. This came shortly after The Maze Engine, and is designed to help guilds work together for a larger goal. Larger guilds will be able to take pity on smaller guilds and team up to build one large empire to conquer and protect the world. It also features the Sword Coast Chronicles, a feature that is intended to help better direct players through content and get the most out of their playtime.

For more on Neverwinter, we recommend reading our review.