The world of Mages of Mystralia brings with it magic, mystery, danger, adventure, monsters and tons more, but the thing that impressed me most about it was the amount of detail that the developers at Borealys Games put into making spells completely new depending on how the player chooses to build them. It’s something I’ve never seen in a game about casting spells and growing more powerful, and it’s what makes the game so unique.

The level of customization in Mages of Mystralia is both baffling and shockingly simple when seeing it in action for the first time. Zia, the main character, can use melee, self, conjure, and orb abilities, which can all change elements, direction, and tons more. You can adjust the speed of each, the rate of fire, and the number of shots, orbs, or conjures that happen with one cast. You can even set it so that when one spell makes contact with an enemy, another spell automatically goes off. I got to try this and had it so when a homing fireball made contact with an enemy, it triggered a bunch of rocks to fall on their head. It was a devastating and powerful spell, but also one that you might not be able to use until you are much further along in the game.

There are two caveats to these complex spells, though. To make these upgrades, you’ll have to find runes, which appear in the world and as rewards, and with each rune that you add, the amount of mana the spell takes increases. You’ll have to gather runes by exploring and defeating bosses, and level up to gather the knowledge and skills required to pull off some really crazy magic. 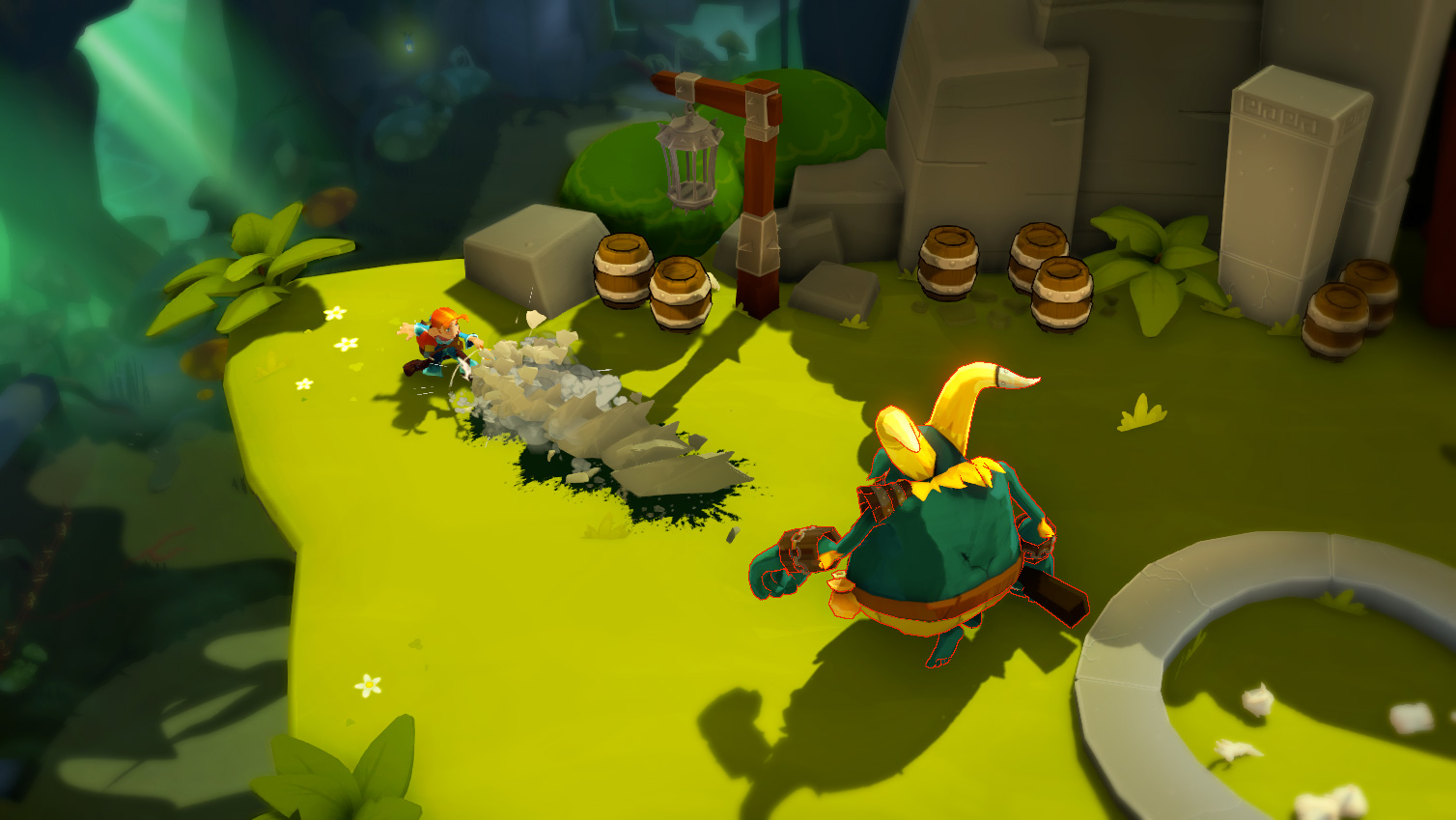 Once you’re done creating spells, the rest of the game plays something like a cross between Zelda and a Metroidvania. It’s got that third-person isometric point of view with hacking and slashing, with environmental puzzles and bosses at the end of an area. There will also be some benefit to going back to areas long after you’ve beaten them, though. You will have learned new spells that will allow you to discover more in those areas that you weren’t able to access before, just like a Metroidvania.

The team is shooting for the main story to take about 15 to 25 hours to complete, with 13 areas to explore with its own bosses and temples and stories. The main conflict of the game will have something to do with the people leading the land of Mystralia, who are apparently the bad guys and assumingly the people who shut down the use of magic in the land. As we will find out, Zia was just a normal townsperson before she was a mage, so it will tell her coming of age story as well it seems.

Zia’s discovery of her powers came at the price of her family’s home in their small village after she lit it on fire by accident. Magic is banned in the world of Mystralia, so Zia was forced into hiding after the accident. Zia is more curious than afraid, though, so learning more about magic and training to become a better mage has become her main focus during this time of seclusion.

Her world is shrouded in mystery, though, with tales of a mad mage king that supposedly did terrible things using magic, and this is why magic is banned. Thankfully, they will be releasing online comics that will tell some of the stories that give backstory to Mystralia. You can check out the web comic here. Borealys Games plans to bring Mages of Mystralia to PlayStation 4, Xbox One and PC sometime in 2017.