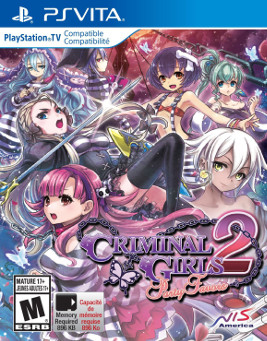 As a writer for a video game website, there are two types of games that are easy to review: games that are excellent on every level and games so terrible that the developers should be disowned by their family.  And there are games like Criminal Girls 2: Party Favors.  On one hand, there is a lot that Criminal Girls 2 gets right, but when playing the game I felt this rising urge to notify local law enforcement of my home address and place of employment.  That being said, this review will try to cover all aspects of this title so the readers can make their own decision if this seems like this would be an enjoyable experience or something that would make them want to bathe in bleach.

In Criminal Girls 2 the player assumes the role of a Program Instructor who is charged with the reformation of seven delinquent girls.  These delinquents are not full fledged convicts, they sadly died before they were able to commit their most heinous acts that would send them to hell as convicts, it sounds comparable to minors being sent to juvenile detention centers in hopes of straightening them out before they commit felonies as adults and ending up in that system.  To complicate things, the Program Instructor happens to be as green as the discharge from trichomoniasis and doesn’t really understand what his job duties entail.  There are also seven delinquents he is escorting through the Hell Spire when his report says he should be escorting six, so is this a simple clerical error or is one of the delinquents a convict trying to escape?

The Hell Spire is a place of many trials that the delinquents can attempt to pass in order to become reformed.  As the Program Instructor guides them through the levels of the Hell Spire, they encounter convicts, souls of the truly terrible criminals who have been condemned to Hell, the fate that these girls the player is charged with escorting are trying to avoid through reformation.  The convicts are battled in a traditional turn based RPG fashion with a twist.  There are four girls in the party at any time but only one girl can act each turn.  Depending on the skill level, some girls may be able to choose an action where other girls are allowed to attack as well, making the choice of which girl attacks play a role in strategy.  Casting healing spells does not work in the traditional RPG battle system way, instead the healing spell is available to be cast when a party member is in need of it.  The delinquent girls gain power through experience and CM points collected through battle.  The experience points allow for traditional RPG growth while the CM points allow more abilities to be unlocked. 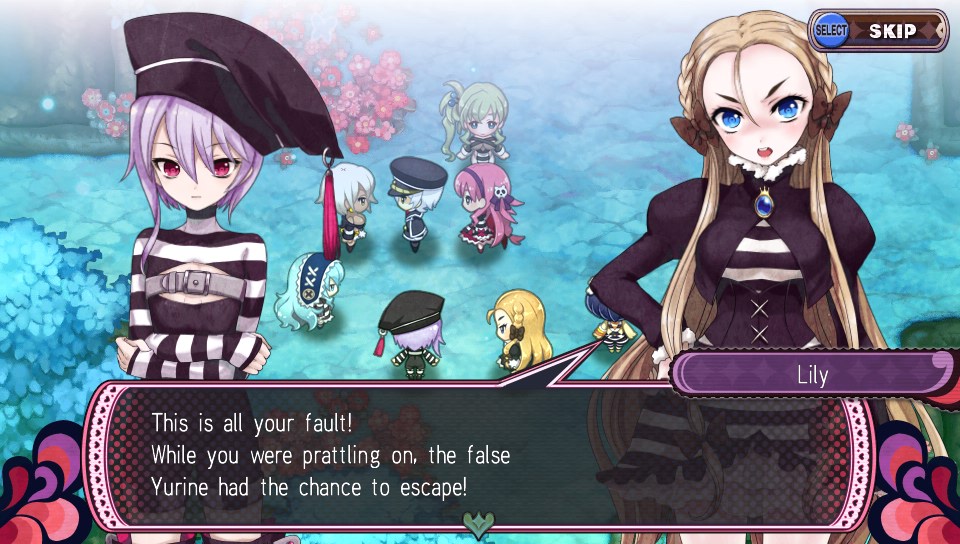 The CM points work a little differently than traditional skill points.  A certain number of skill points are required to unlock a mini game called “Motivation” that will net a certain amount of experience toward unlocking new abilities based on how well the player does.  The “Motivation” involves a mini game where a very sexualized portrait of the delinquent is shown and the player must scrub away the temptation bubbles by moving their finger horizontally or vertically swiftly while the brush bristles lined up just right over the bubbles.  This is one of the low points of Criminal Girls 2.  It is not designated the low point because it uses sexual punishment as a form of behavior modification, or because it has a man who is an authority figure using his power for sexual acts on females that he is in charge of bringing into questions about consent and custodial sexual misconduct, or because some of these girls look too young for this type of activity, or because it just has a general creepy vibe and depicts BDSM in a negative light.  The play mechanics of this minigame disrupt the flow of the game and the minigame is not fun but necessary to gain new powers, though the other points mentioned in this paragraph are valid reasons why this title could turn off some players.

The western version of Criminal Girls 2 is actually modified from the original Japanese release in an attempt to soften its presentation.  Without deviating too much from the original art, some attempts were made to sanitize the title.  The original artwork depicted the delinquents in a state of bondage where their arms and legs have been bound, making them seem more helpless.  The Japanese original version calls the Motivation portion “Punishment” and also features dialog that was cut from the western release.  The visual and terminology alterations are meant to make the activities seem more consensual and reduce the power distance between the player and delinquents, but the end product is still a man in a position of authority using his position in a sexual and exploitative manner on these girls he has in his custody. 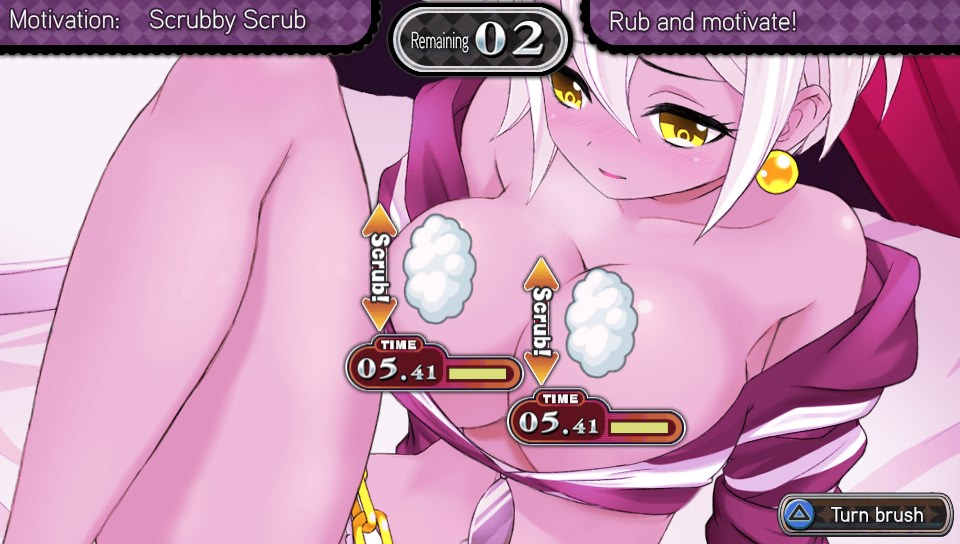 The visuals are one of the areas where Criminal Girls 2 succeeds for the most part.  The anime inspired graphics are on par with what one can expect from a Vita title, and each of the delinquents’ personalities does come across well in their facial expressions.  During battle sequences and while travelling through the Hell Spire in the overhead view the characters are depicted in a cartoonish chibi style, but in their portraits and motivation scenes they are drawn with more realistic (using that term extremely loosely) proportions.  The character designs are varied, some are scantily clad with beach ball sized bazongas and others are dressed in much more modest attire.  The age range of the characters looks to be about ten to twenty years old which can make some of the scenes a bit awkward.  The music is successful at creating an atmosphere for travelling through a hellish prison environment.

Despite the awkward Motivation minigame where the most difficult part is holding the Vita steady while quickly rubbing your finger on the screen, the game controls are exactly what they need to be and the menus are intuitive in their ease of navigation.  The battle system is not the most complex, but the system where the delinquents can call on each other to act as a team is an interesting concept.  The limited control over each character during battle forces RPG veterans to alter their baseline strategic approach slightly, but things never get complex enough where anyone needs to get too far out of their comfort zone, at least as far as battle planning is concerned. 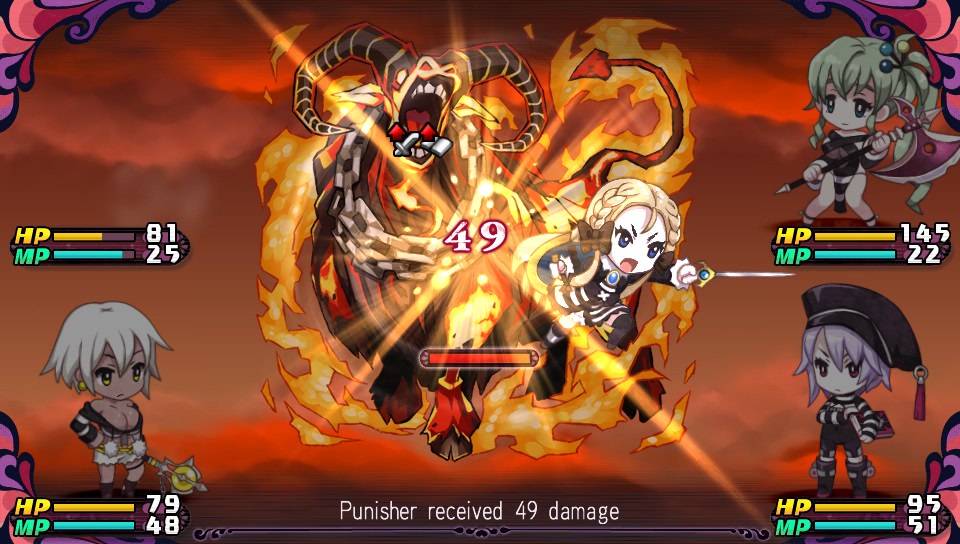