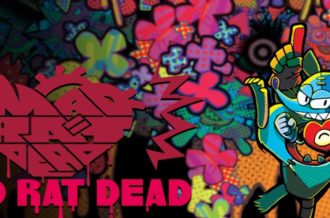 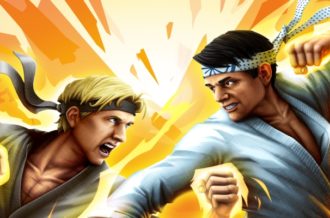 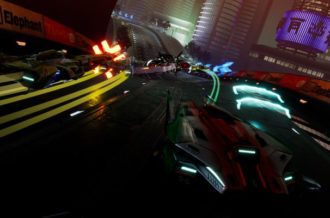 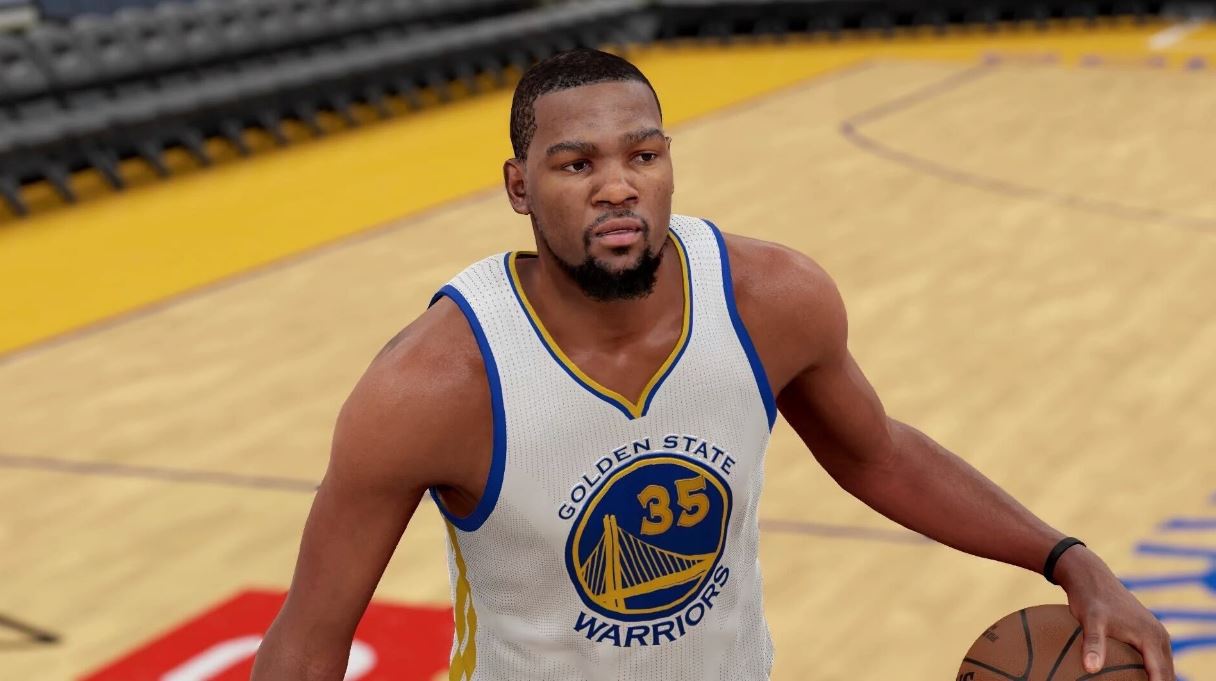 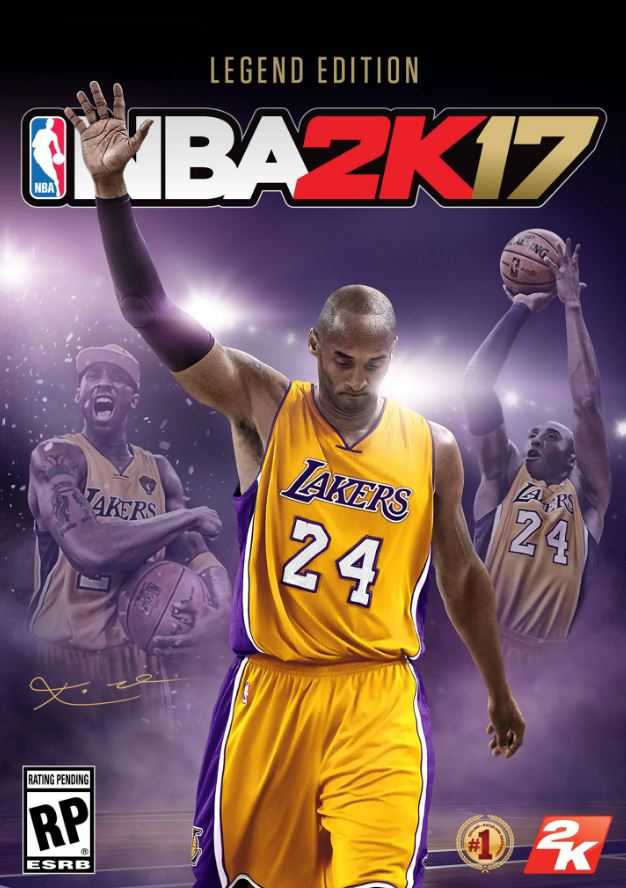 You probably wouldn’t think that the same guy who adores Firewatch and has a Journey tattoo would wind up having a secret obsession with the NBA 2K franchise. In fact, not assuming someone has a secret video game basketball habit is an example of normal thinking. Ignoring the fact that NBA 2K17 is like an illegal addictive substance for closet NBA junkies like myself, 2K and Visual Concepts have created a franchise that allows players to enjoy virtual basketball in whichever way they choose. Those who want to play shortened seasons with fantasy-drafted squads will be just as satisfied as those who are looking for a more narrative-driven single-character experience. NBA 2K17 moves away from the awkward Spike Lee prentention of last year’s iteration and focuses on delivering arguably the deepest sports experience on the market. For those of us with secret video game basketball cravings, this means that twelve more months of amazing hardwood action begin now.

Because NBA 2K17 is targeted at those who understand the game of basketball, this review will largely focus on the ways in which this year’s iteration differs from last year’s version. There’s a pretty simple reason for this: if you’re the type of person that seeks out reviews for a basketball video game, you probably know what basketball is. It’s far more valuable for you to know that NBA 2K17 features a ton of new contextual player animations than it is for you to read a paragraph describing ball screens. The good news for those who are well versed in the minutia of a given game of NBA 2K17 will recognize a number of moment-to-moment improvements in the already renowned gameplay players flock to this franchise for.

Let’s dive into some of those on-court improvements, as those will be experienced by anyone who picks up a controller. What makes NBA 2K17 special is the modicum of ways in which it can provide players with a robust, engaging experience that doesn’t really get old. However, because most players will wind up sticking to one or two modes that tickle their fancy considerably, tangible moment-to-moment gameplay tweaks and additions are the biggest deal. Think about it: if you’re the type of player who plays out a full eighty-two game season in sync with your favorite NBA team, you probably don’t care too much about Michael B. Jordan’s character (more on this later). 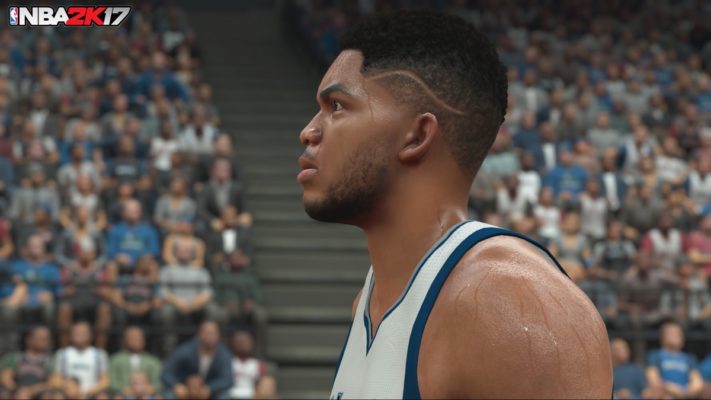 To start, NBA 2K17 boasts an all new shot meter that pretty much takes all of the guess work out of nailing those clutch three-pointers you dream about. Rather than having to hit a sweet spot in the middle of the meter, or studying the player’s release, you simply need to fill up the shot meter entirely. Depending on player tendencies and the given on-court situation, each player will have a shot meter that varies in size, with larger meters giving you more of a chance to hit a basket. In practice, it’s extremely similar to what we’ve been used to, but there’s a level of polish and precision to this year’s shot meter that makes thumbstick jump shots feel fantastic. Add in a whole host of new dribble moves mapped to the right thumbstick, and it’s never felt more satisfying to break ankles (which happens more frequently), step back and nail an open jumper.

The aforementioned revamped player animations make for a more realistic gameplay experience. Anyone who has played a past iteration of the NBA 2K franchise hopes that it’ll be able to simulate real NBA action as accurately as possible. With a clear focus on making player momentum and contact feel far more realistic, NBA 2K17 is clearly the most realistic basketball video game to ever hit the market. Gone are the days where you feel like you can slip and slide to the basket without any real effort. If you make contact with a player’s arm, it’s going to alter your player’s path depending on the actual physical characteristics, speed and position of both parties. By no means is this a completely different game from its predecessors, but it feels like there is an extra sprinkling of realism over every moment. Make no mistake, the infamous NBA2K jank pops up here and there (it wouldn’t be the same if this was gone), but this is close enough to the real thing to perhaps trick onlookers, if only for a moment. 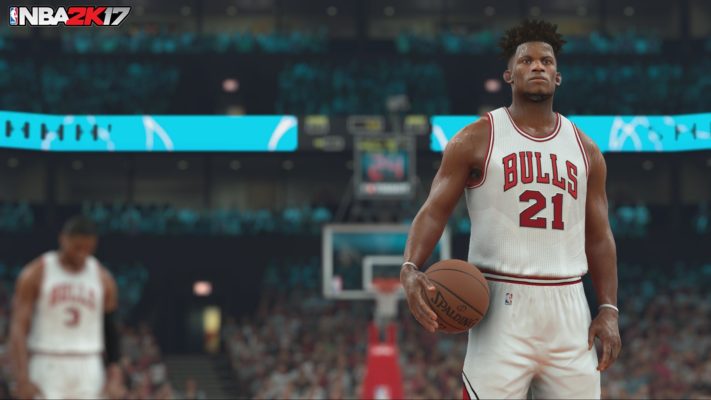 A few other interesting additions make NBA 2K17 the best professional basketball simulation we’ve seen to date. Much like in Madden NFL 17, in-game commentary has been given significant attention in this year’s iteration. Greg Anthony and Kevin Harlan form a great core duo, and the addition of a rotating third chair filled by Chris Webber, Steve Smith, Brent Barry and Doris Smith, among others, adds an element of variance that keeps every game feeling fresh. The aforementioned Madden NFL 17 still remains the gold standard for in-game commentary, as you’ll still encounter line repetition quite a bit in NBA 2K17, but this is far closer to live commentary than we’ve ever seen before in a basketball game. The AI also feels like it’s taken a step forward, with players reacting far more realistically to passes and more focused on creating space on the court, a staple of the NBA in 2016. There’s nothing more fun than recreating the free-flowing offenses that scorch opponents on the court in the real NBA, so it’s great to see that doing this feels a bit more natural this time around.

As in NBA 2K16, the most recognizable changes went into MyCareer mode. Gone is the abysmal, if not unintentionally hilarious, “Livin da Dream” story that caused a great deal of ridicule to be thrown Spike Lee’s way. Instead, players take the role of The President, AKA Pres, a high school phenom who potentially leads his college team to glory after being the top recruit in the country. Eventually, Pres is drafted into the NBA along with Justice Young, a second round pick portrayed by the aforementioned Michael B. Jordan of Creed and The Wire fame (who can eventually be controlled as him and Pres progress in their careers together). While this is certainly not a narrative on the level of something that Naughty Dog or CD Projekt RED would produce, it’s nice to see this admittedly corny story feel a lot more grounded this time around. There’s definitely still an argument that a romantic conversation on the hood of a car doesn’t really feel like something that should be in a mainstream sports game, but it’s refreshing to see Visual Concepts take some risks with a franchise with what amounts to a monopoly in the basketball space. 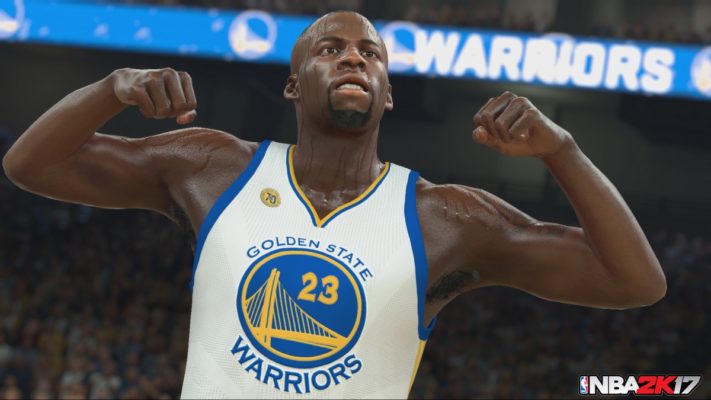 Narrative bits aside, MyCareer is still the preeminent sports RPG experience, though some of the minutia can grow a bit tiresome. It doesn’t matter what anyone says, I’m not sure there’s ever been a practice mode in a sports game that’s actually fun. It makes sense that players have to practice to get better, but video games are meant to be a form of escapism. The reason why MyCareer is so great at heart is that it allows us to live out the unrealistic fantasy of becoming an NBA star. If we were that willing to put in the time practicing, we would already be in the league, no? Ranting aside, having to go to practices to boost stats is nowhere near as fun as playing through regular season and playoff games and achieving real on-court success. Currency grinding can be a bit of a pain, so assuming you’re not purchasing in-game currency left and right, MyCareer will probably be what you focus on around launch before moving elsewhere.

If you’re the type of player that likes to focus more on MyGM, then you’re in luck, as these modes have a whole host of improvements that make this the type of simulation that basketball dorks will go wild for. Being able to add six more teams into the league makes for some pretty fantastic competition; being able to bring back the Seattle SuperSonics and having them face off against the Oklahoma City Thunder is the type of bizarro hypothetical showdown that can only be achieved through video games. As was mentioned previously, you can play alongside your favorite team once the season begins and make all of the moves that you feel like they should be making (like having my Celtics continue to not trade for Jahlil Okafor). Swapping picks is now a part of the proceedings as well, so if you’re looking to fleece another team of their future assets like the Celtics did to the Nets in the Pierce/Garnett/Terry trade three years ago, you absolutely can. Being able to completely customize the 2016-2017 NBA season and beyond is the best part about NBA 2K17 if you’re the type of player that doesn’t like online competition or prefers the five-player control of standard NBA 2K to the single-player gameplay of MyCareer.

Online play has always been a contentious portion in the NBA 2K franchise, with latency, disconnections and occasional toxicity seemingly appearing around every corner. While you’re still going to get players that attempt to shoot full court shots until you quit, it’s nice to see that the servers seem to be a bit more stable this time around. Throughout our time with NBA 2K17, we never encountered a single dropped game or instance of game-breaking lag. With that said, MyPark still feels a bit half-baked, and some players have reported technical issues in this mode since launch. 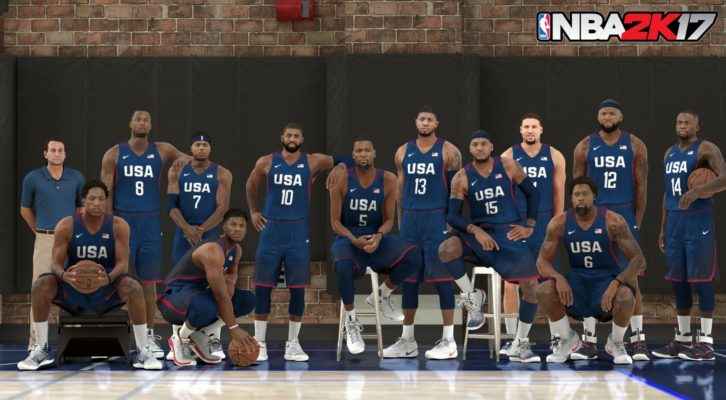 Calling NBA 2K17 the greatest basketball game ever made almost feels redundant, since 2K and Visual Concepts puts out a wonderfully polished product year after year. With a renewed focus on tangible gameplay improvements and general realism, this year’s iteration of the longstanding franchise feels like the best yet. Being able to execute more accurate dribble moves and jump shots is fantastic on its own, but hearing engaging and varied commentary at the same time makes the entire experience feel fantastic. MyCareer remains a wonderful way to live our your NBA fantasy and MyGM mode has enough depth to keep players coming back for months on end. Aside from what’s actually in the package, the greatest thing about NBA 2K17 is that it proves that Visual Concepts and 2K have no intention to grow complacent in their quest for the perfect basketball video game.