Those wondering what it would look like if a video game console and a luxury car had a baby are in luck, as a new contest for three exclusive Xbox Ones showcases perhaps the most insane console design since the Pikachu N64.

Xbox DE, the German Xbox division, is currently holding a contest for fans on its Facebook page. By becoming a fan of the Xbox DE page and commenting on the picture below with their biggest racing rival, fans have the ability to win a special Audi-themed Xbox One in honor of the impending launch of Forza Horizon 3. This is something where the picture really speaks for itself: 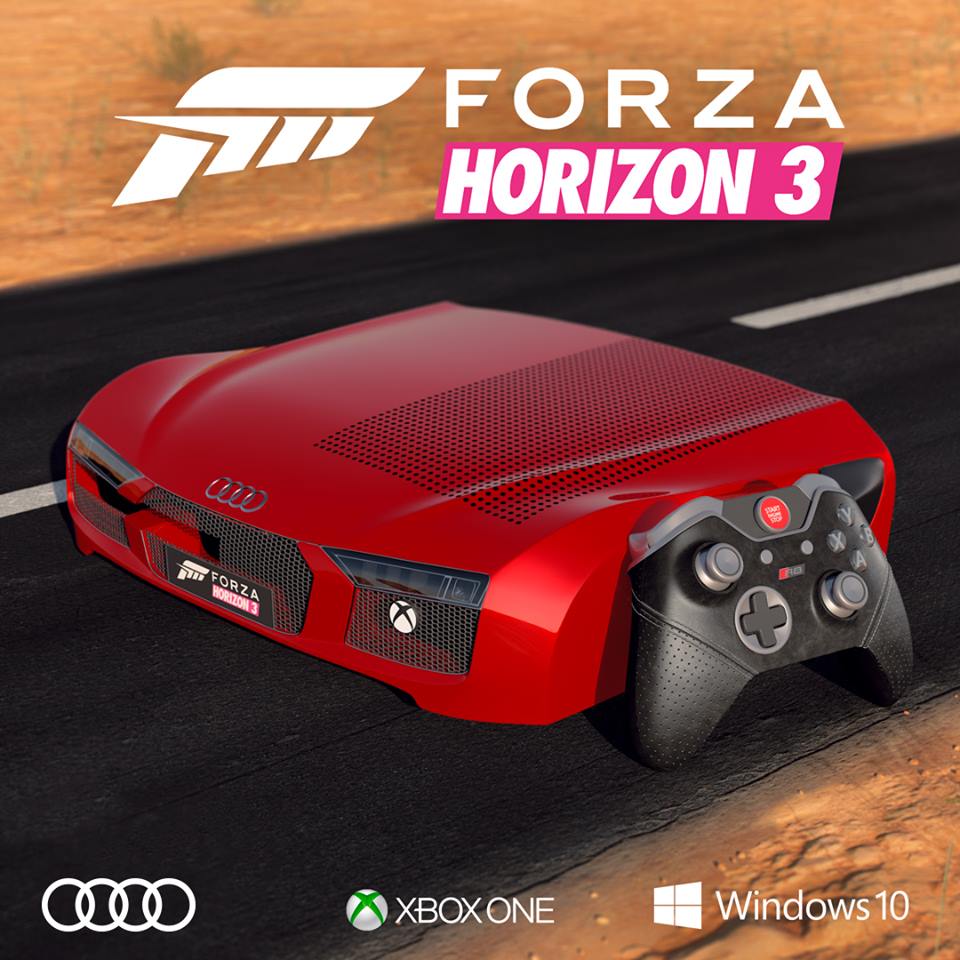 Forza Horizon 3 is currently set to launch on Xbox One and Windows 10 PC as an Xbox Play Anywhere title on September 27.