Fans of 2003’s Beyond Good & Evil have been waiting for a sequel ever since they beat the game and saw the cliffhanger ending. Ubisoft announced the sequel back in 2008 with a short teaser trailer featuring Jade and Pey’J, but information regarding the game has been scarce ever since. Ubisoft had repeatedly said the game was still in development, but we never saw anything of it and just rumors that the game was still being made, the latest rumor being that the game is being funded by Nintendo and will appear on the NX. Today, there might be inclination to believe so. Michel Ancel, game designer at Ubisoft, posted a piece of concept art on his Instagram page with the caption, “Somewhere in system 4 … – Thanks #ubisoft for making this possible !”

The art depicts a middle aged bearded man with a young pig on his back. System 4 is the name of the planet that Beyond Good & Evil takes place in. The pig in the image could very well be Jade’s sidekick Pey’J given he was the only pig person the player saw in the game. If that’s the case, one would assume the man in the picture to be Jade’s father, meaning this could be a prequel sequence or the whole game could take place before the events of Beyond Good & Evil.

This image and caption doesn’t confirm anything, but it does give fans hope that Beyond Good & Evil isn’t dead. 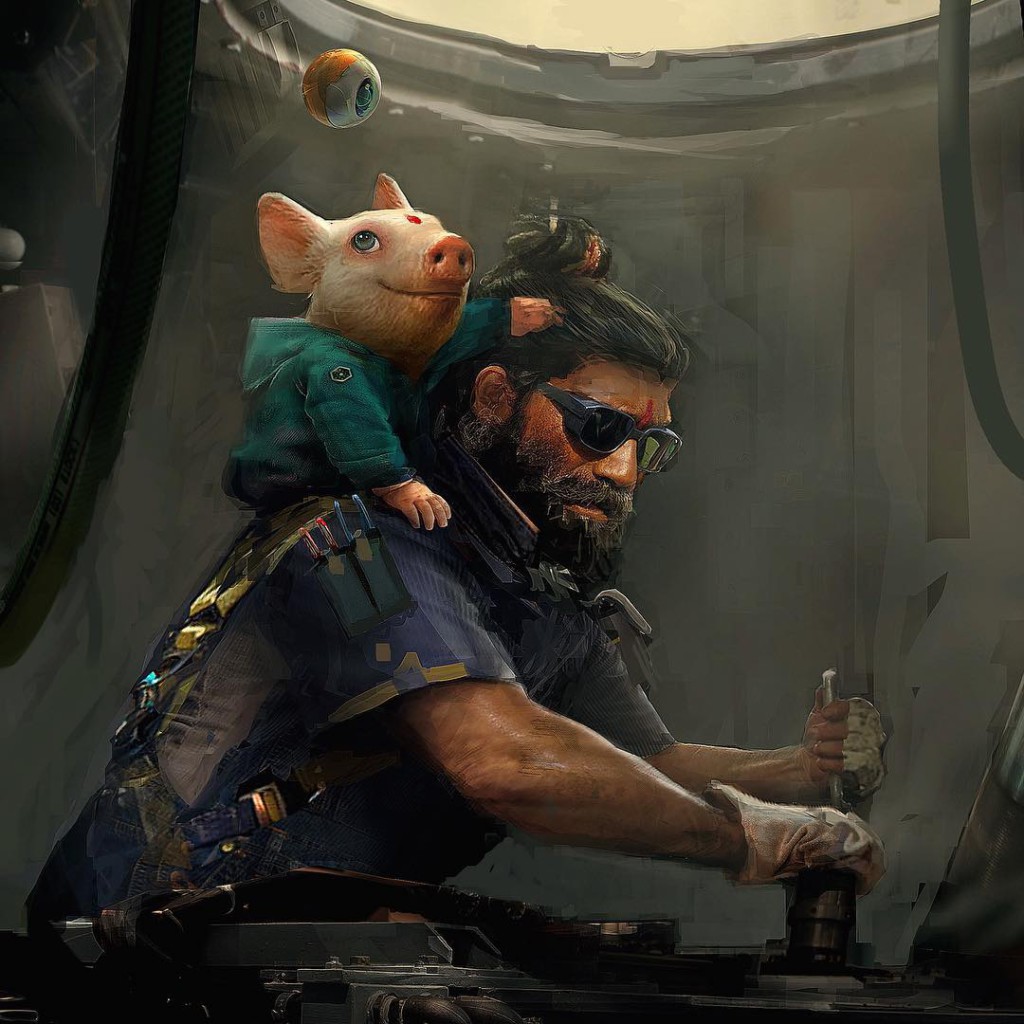