The app store is too big a place to be playing the same run-down games over and over again. Yeah a new coat of paint or a slightly different take on things is nice a time or two, but sometimes you’re just looking for something to break the monotony no matter what it is. So last month we brought you a completely story-driven game in I am a Brave Knight. No action, just a cinematic good time with some stroking of the screen. This time around is much the same, except the story is much better. 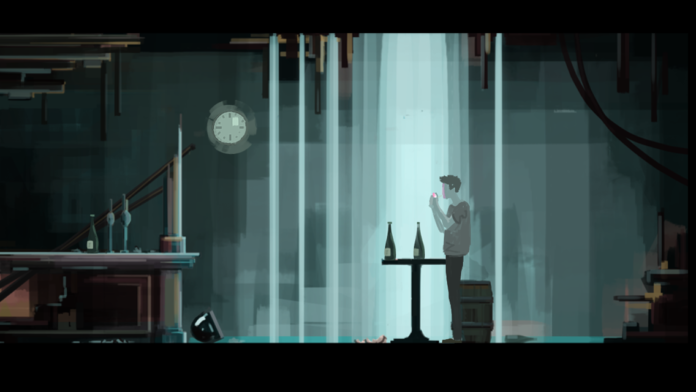 The End of the World is a game developed by Sean Wenham for his beloved Brittney. In this game you simply walk from left to right. There’s slightly more to it, but the point is to take in what should be an atmospheric experience and fill you with all of the feels. Set in broken down world you walk around the streets, parks, and buildings that you and your girlfriend visited. Once there you can interact with items around you and they’ll show you what the world was like before it ended and you can bask in that for however long you like. Over a series of presumably a few days, you wake up in your dilapidated apartment, or in the street, put on clothes, or not, and continue your journey to the next unknown spot around town. All of the places visited hold some significant meaning to the protagonist and it’s easy to infer what’s going on.

If you’re just walking around how does this game inject some sort of feeling? Well it’s all in the pacing and music, but most importantly you allowing yourself to enjoy the game. As you mope around the town you’re met with a great piano piece that does the job at setting the mood. The world around you is dead and as far as you can tell you’ve lost something. After you make it to whatever first stop you find yourself at the music sort of fades out and you’re met with an incessant ticking of a clock. When you’ve reached the clock you know you’re at the story piece and upon pressing the clock it slowly comes in and the world around you changes. You see the characters life before whatever happened takes place. It looks great and he’s with someone he obviously cares about. Another piece that makes this game so atmospheric is that once you lift your finger from the screen for any reason it immediately throws you back into characters reality. It’s like you were experiencing the characters memories first hand and then something came along and took him from that moment. That’s how the game creates an emotional tie with you and it’s well done for a mobile game. 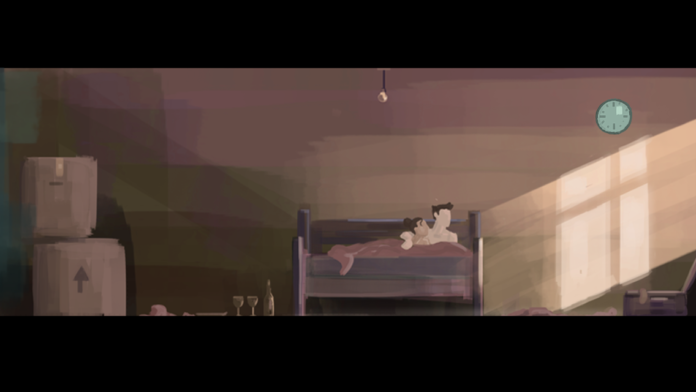 After each moment you return to start everything over again and find the next area that’ll further the story. This goes on for around two of three days and you find yourself somewhere else completely and here’s where you’ll be making some inferences. After experiencing the moments they’re gone and you’re left with a choice. Once you make that choice the game leaves you with a final scene and you take it however you wish. To experience the other scene you do have to go back through the game, but that only takes about 20 minutes. Yes, it’s another short game but it’s a good one for anyone who considers themselves a fan of a story. If you’re not going to allow yourself to experience it though then it’ll be pointless.

The game being short is its best and worst part. Not a single word is spoken during it so it’s all just music and cut scenes, but it would nice if you could experience it a little longer. Maybe make some more decisions and see their outcomes. On the other hand too much of a good thing could make the game drag on. It’s already taking place at a slow pace so it’s length isn’t too bad all things considered. If you think The End of the World is up your alley you can check it out here for Android and here for iOS.