Ever since Forza Horizon 3 launched, I’ve had a number of friends who haven’t played a racing game in over a decade ask whether or not they should give the Australian driving sandbox a shot. These are the types of people who played the first Gran Turismo, Need for Speed: Underground and then never touched a driving game again. There are oodles of reasons why you should make Forza Horizon 3 your next AAA game purchase, with the facts that it’s loaded with exciting content and perhaps the best looking Xbox One game being compelling arguments. However, if you want to know the real reason why Forza Horizon 3 is one of the best games of 2016, racing or otherwise, it comes down to something far simpler.

Forza Horizon 3 is chock full of the dumb fun that makes video games so appealing in the first place.

Within the first twenty minutes of Forza Horizon 3, you’re racing a Lamborghini at insane speeds through the sand of a gorgeous beach. There are circuit races that are designed to have its participants destroy the backyards of suburban homes. You can find Halo’s Warthog and drive it anywhere, and then your Drivatar will wind up using the iconic vehicle in other player’s games. The aforementioned friends who have been out of the racing scene all complain about the same thing when they bring up the fact that racing games aren’t their thing. “Racing games all feel so sterile,” they say. Well, if you’re looking for the clearest example of a racing game that’s anything but sterile, then you’ve found your match here. There’s no reason why launching an SUV over rolling desert hills should be something that you’re allowed to do in a normal racing game, so it’s awesome to report that Forza Horizon 3 is anything but normal. 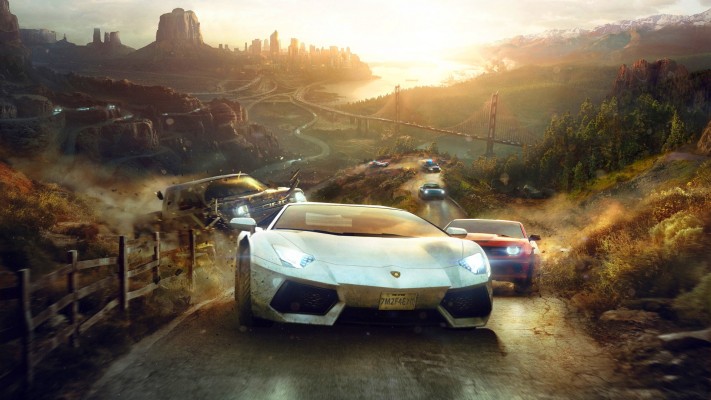 I’d imagine that the way I play the Forza Horizon games is similar to the vast majority of gamers out there. Basically, I turn on my PC or Xbox One, depending on which seating position I am preferring, and then just improvise for the duration of my play session. Driving around and finding broken down cars in barns before hopping into a beach-side street race might make for an exciting evening, whereas other days might entail air-heavy Outback dune buggy races or illegal street races in the rain forest. This variance taps into the same addictive qualities that has made Overwatch a constant obsession for so many of us out there. If you can boot up the same game night after night and have thrilling, engaging experiences that constantly feel different, then you’re looking at a complete product. The sheer amount of environmental and car variety makes for perhaps the most exciting open-world experience of the year thus far.

Saying that Forza Horizon 3 is the best racing game of the generation wouldn’t be outrageous, but it also would ignore said genre’s variance. If you’re someone who wants to experience the most realistic racing simulation on the market, you’re probably going to subscribe to iRacing and not bat an eye at a goofy open-world romp. There is a segment of racing game fans who prefer the traditional Motorsport releases due to their curated track selection and menu-based navigation. Of course, there’s nothing wrong with this, but if you’re an average gamer looking to buy a racing game that provides both the best bang for your buck and the potential for the most excitement, it’s hard to argue that Forza Horizon 3 doesn’t have this nailed down. What’s more, when you think about the Microsoft’s exclusive lineup on Xbox this generation, it wouldn’t be outrageous to think that Forza Horizon 3 is at the top of the list. Sure, we don’t know how good Gears of War 4 is going to be, but when you take a look at the complete package here compared to every other Microsoft exclusive release since the launch of the Xbox One, you can do much worse than Forza Horizon 3.