Publisher XSEED Games has announced that Fate/Extella: The Umbral Star has been delayed from its now former winter 2016 released and pushed to an early 2017 release for both the PlayStation Vita and PlayStation 4 in North America. The game will still see its Japanese release date of November 10, and winter release in Europe.

Aside from the disappointing delay, a “Noble Phantasm” edition of the game was also announced; priced at $69.99 on the PlayStation 4 and $59.99 on the PlayStation Vita, it includes an incredible hardcover art book featuring 100 pages of artwork from the game, a pack of 16 collectable cards with the game’s Servants displayed, a cloth poster, and a huge custom box for the game to rest in. 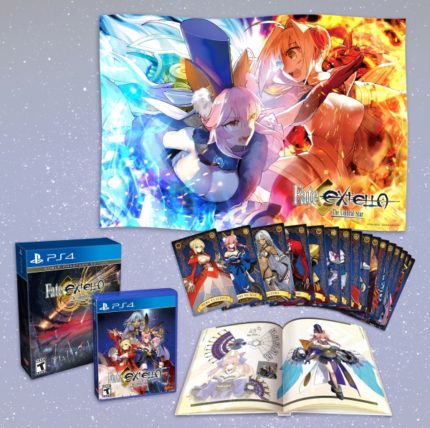 A new trailer was also released, which can be viewed here: