It has been observed by wittier men than I that the “40,000” portion of Warhammer 40,000 denotes how many video game entries the series has seen. It’s no small wonder though: the franchise mixes in disparate elements from fantasy like that found in Lord of the Rings with science fiction flavors like those found in Starship Troopers. Sure, it’s a spin off of the original Warhammer, which hews closer to the classic Tolkien formula, but the offshoot is personally more compelling as Games Workshop managed to find away to combine so much more into a cohesive universe. As such, the opportunity to check out Artcode Interactive’s inaugural title, Warhammer 40,000: Speed Freeks, was immediately snatched.

A mobile free to play game, the upcoming title has some interesting hooks built in. Players take the role of a hoard of Orks in the vehicular action based title. The reason for this choice was the interesting designs can be used based on the role. Orks are know for salvaging and using pieces found in wreckage, meaning that the artists could have an almost free reign in their creation of buggies and bikes bristling with weaponry. The creative design does show through, too. Noticeable pieces from other races can be seen here and there on the vehicles. 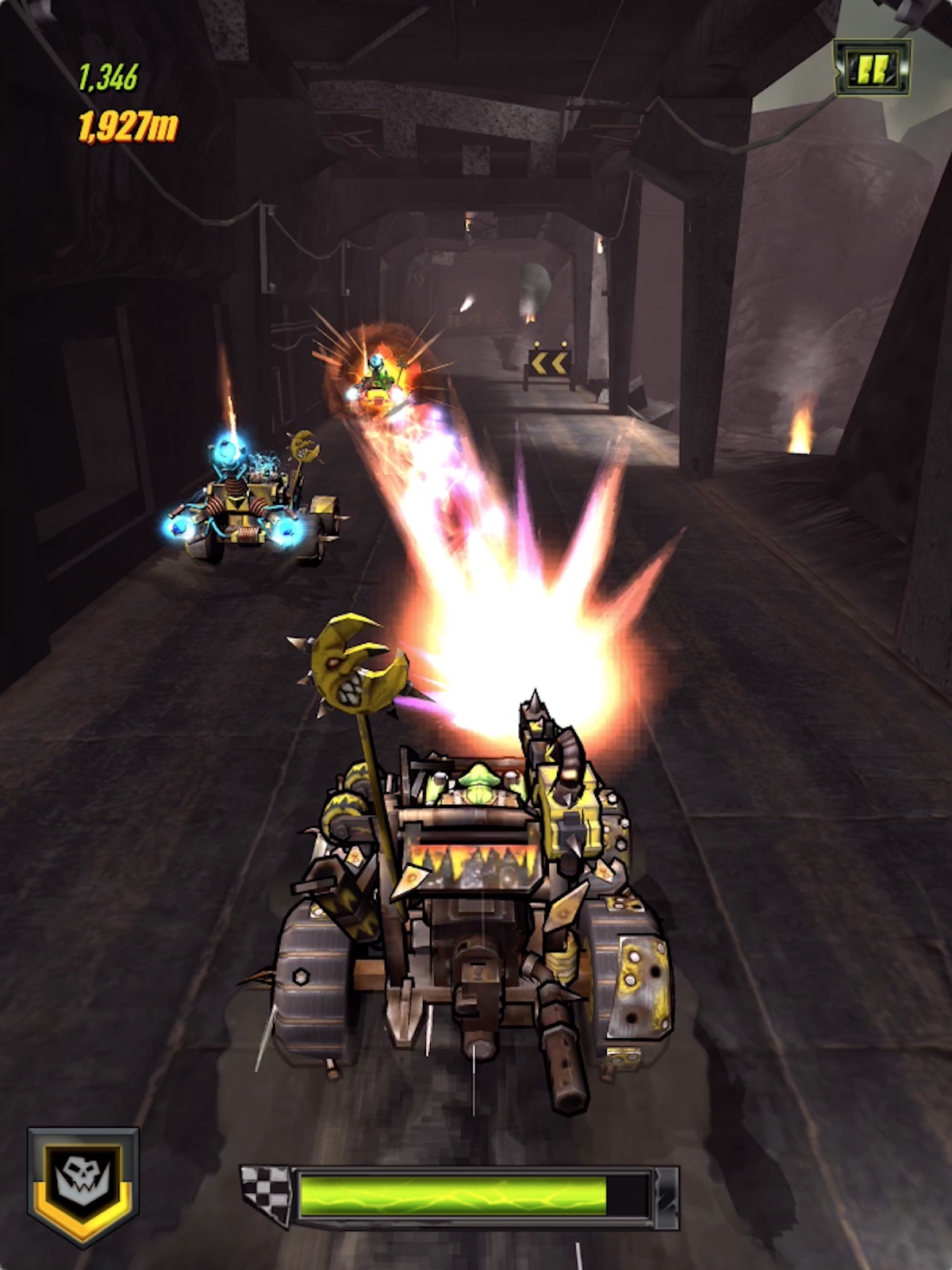 The basic campaign isn’t too shabby either. As missions are completed, the map opens up reveling mines and other stations that work on a countdown timer, granting additional XP and cash. The vehicles work on the dreaded energy mechanic, meaning too much use will require waiting in real time for them to become available again. This isn’t meant to hobble the player’s progress, though. It is intended to force the player to try out different vehicles, since each has its own meters. There is even an asymmetrical mechanic where players can raid each other for more resources. This can be prevented by doing patrol runs.

This is all well designed wrapping for the core gameplay, which is where the game looks to fall short. During missions, the player is placed behind the vehicle which is always moving. Steering to avoid oncoming obstacles is done by swiping left and right. This happens to be the majority of the game, lending Speed Freeks the feel of messing around with Tindr, only with a severe reduction to the chances of getting laid. It is possible to shoot down enemies by tapping on them and then flogging the screen with rapid presses to fire the weapon. There is also a charging turbo boost that seems to do more harm than good, as it makes avoiding unbreakable obstacles more difficult. 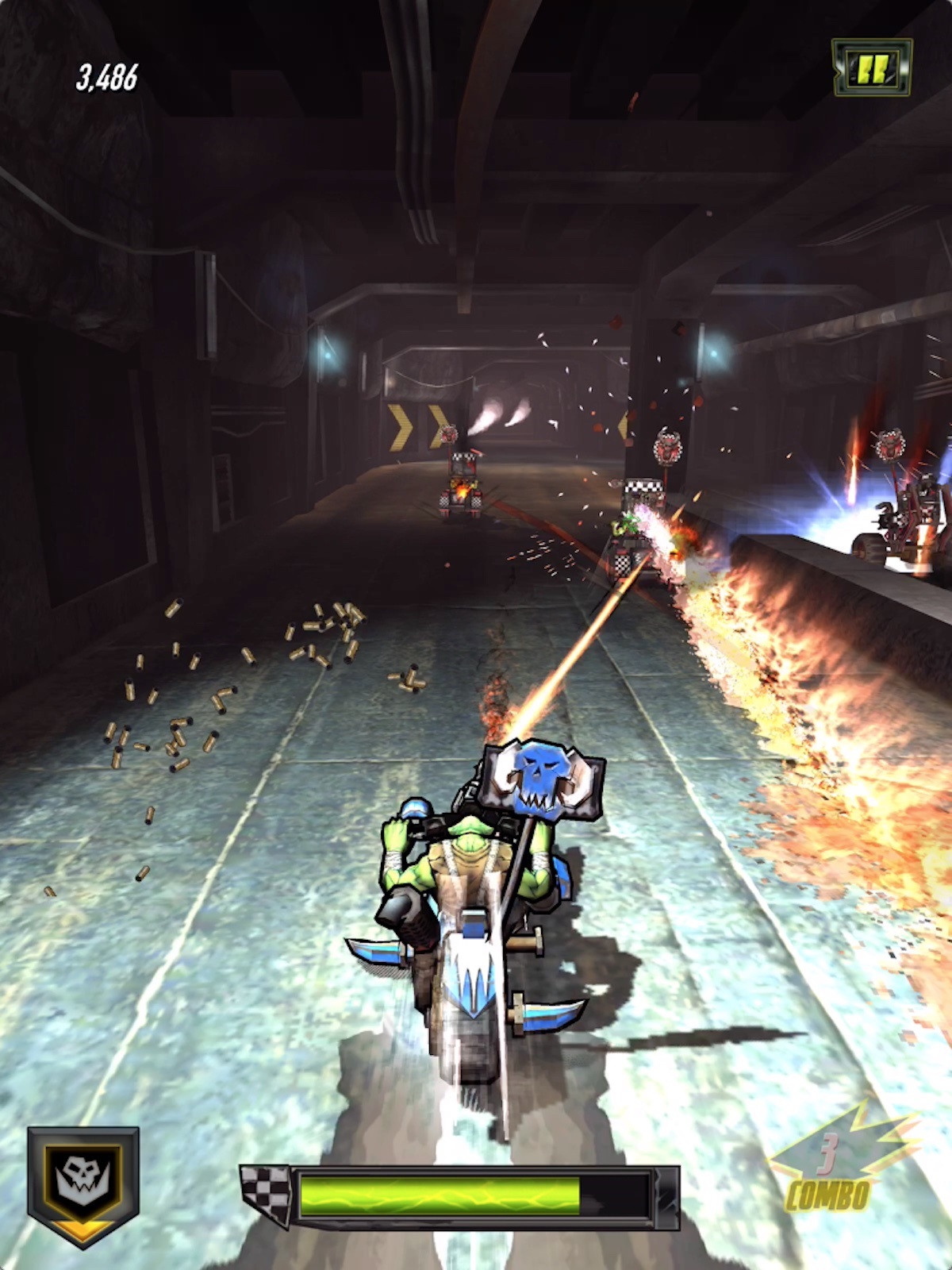 That really is the issue. All the fun art design, settings and bells and whistles are meaningless when the meat of the game isn’t worth the time. Many runs were attempted in hopes that a previously unnoticed facet of the design and levels would jump out, changing the rapidly solidifying opinion. Unfortunately, the first impression is the same as the last. Expecting to enjoy the title, I went away disappointed. Still, this is a game that hasn’t been finalized. There is ample time for testing and feedback, for improvements to be made. In the meantime, though, steering clear of Speed Freeks is the best recommendation.