It kind of goes without saying that when the previous game you’ve put out was something as acclaimed as Pillars of Eternity, expectations are high for Obsidian Entertainment to deliver with their follow-up RPG, Tyranny. Set in a world where evil has already won the war and taken over, Tyranny sees you playing as one of Kyros the Overlord’s Fatebinders (a judge, jury and executioner combo, basically), set out to take care of any remaining holdouts, and having to choose who you side with. But with several other games out there offering opportunities to play as the villain and/or make hard moral choices, what makes this game stand out? I sat down with game director Brian Heins to answer that question.

“One of the things we try to do with Tyranny is by having the idea of being the evil character, we try not to create a cartoonish villain in the game. So even though you start on the side of evil, you’re working with people that have motivations grounded in this world and what they’re trying to do and make sense for who they are as characters,” Brian noted, mentioning that you can choose whether to side with the Overlord or create your own faction. Immediately, thoughts of one of Obsidian’s other games, Fallout: New Vegas and it’s “Wild Card” option and different factions came to mind. “There’s actually four different, distinct paths though the game,” indeed including an “anarchy” path for those who just want to go solo, but building reputations with the other factions is is still a key component as well. 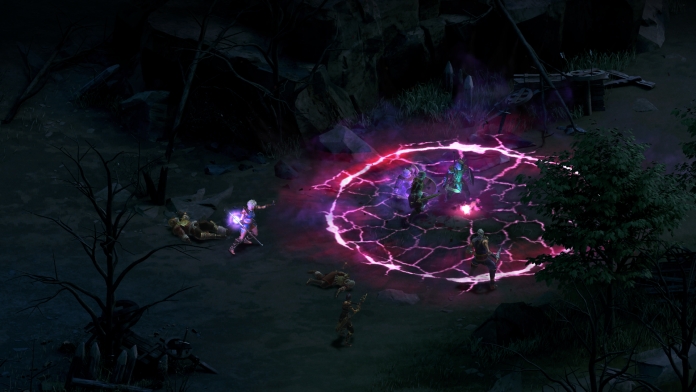 But what villain doesn’t have their minions as well? “There are companions that you can gather as you’re adventuring through the game. While you’re traveling you can have a party of up to four characters, including your own character, so there are many companions you can find, and as you build relations with these companions, they level up and you build reputation with them, and that unlocks different abilities for them over the course of the game. So based on whether the companion hate you or love you, they’ll have different abilities.” So not exactly the equivalent of being able to summon a legion of hellspawns to do your bidding, but it still sounds like your approach as a potential bad guy plays a big part in determining your characters’ styles and usefulness.

Moving away from the topic of villainy for a bit, I also asked what makes Tyranny differ from other medieval fantasy RPGs in terms of setting. Well, Brian was quick to correct me in that it wasn’t medieval fantasy (ancient fantasy in general sort of blends together for me after a while), but set more during the Bronze Age. “A lot of ideas for the units come from Greek and Roman units and military tactics, so Mediterranean-style cultures form a lot of what this world is based around.” And the idea of being an evil character in such a world still remains the core. 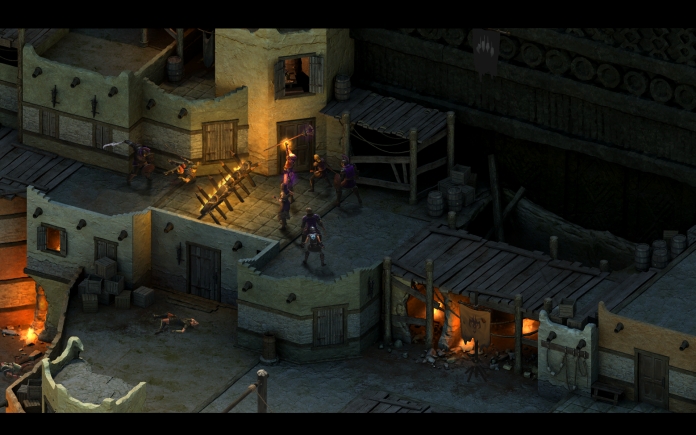 In terms of gameplay, Tyranny still has the same foundation as Pillars of Eternity (with the same engine as well), but is now skill-based instead of class-based. “You can redefine your character on the fly,” Brian said, pointing out an example where you may come across some better weaponry like a bow or javelin, and thus may decide to switch over to it and master a new skill, allowing you to switch play styles to one you may enjoy even more. But even more interesting is the proposed replayability in the game. “The goal of the game is to create a shorter RPG that you can play multiple times and see different content and different quests based on your choices,” which seems interesting, if only because one typically expects sessions of twenty hours or so from games such as this. And as a side note, appropriately enough for a game about moral choices, your character is a servant of the Archon of Justice, one of the land’s rulers.

Basically, Tyranny wants to make it fun to play as the villain, but still make all options equally fun. “The way we developed it for Tyranny, we want to have as many evil options as other RPGs have good options, so there’s a variety of ways to be evil in the game, and there’s a choice on how you can be a good character as well if you want to.” Brian closed by saying that Tyranny was still due out in 2016, published once again with the help of Paradox Interactive, and that they’ll announce a release date once they get closer to it. It does indeed sound like it will make for an interesting take on both RPGs and villain protagonists, so here’s hoping Obsidian has another success on their hands.