Developer Obsidian Entertainment latest RPG, the villainous Tyranny, will be released next month — November 10 to be precise — Paradox Interactive have today confirmed. Available across PC, Mac & Linux, Tyranny takes place in a World where evil and tyranny have instead claimed victory over good and it’s up to the player — taking the role of an officer amid the evil ranks — to instil loyalty, fear or disgust. Tyranny will be available in three versions, which you can view below based on the content provided. These are the Commander Edition, the Archon edition and the Overlord Edition which in the US will go on sale for $44.99, $59.99, and $79.99 respectively. 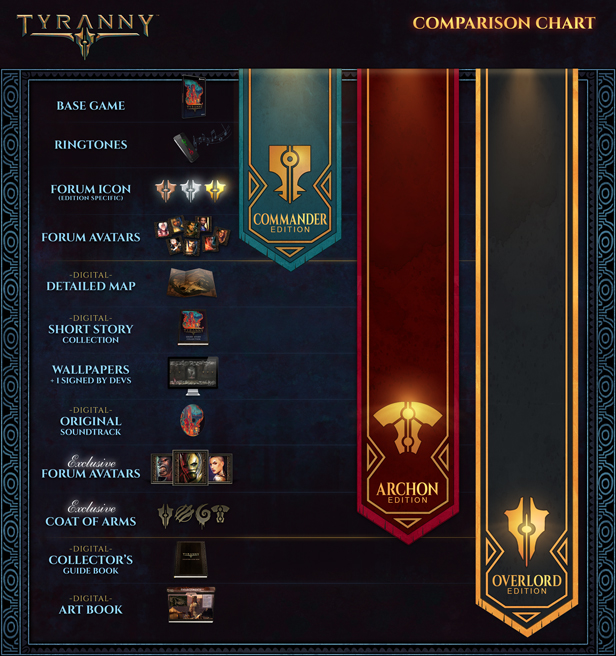 While the base Commander edition will come with custom ringtones, forum badges and avatars along with the main game, the Archon edition will also net you (most notably) a copy of the game’s soundtrack and World map. Finally, the Overlord edition will further provide you with an official artbook and collector’s guidebook. A new trailer has also been released to coincide with the announcement of the game’s release date. You can find out why we feel Tyranny might be a fitting villain-centred RPG in our preview of the game here.