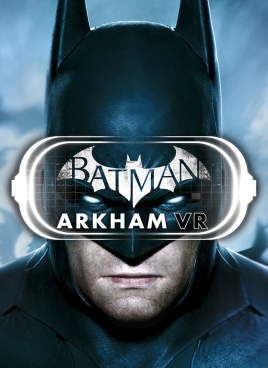 In the seven years since Batman: Arkham Asylum changed the landscape for superhero games, Rocksteady has taken Batman to some weird places. He’s been in the sewers running from Killer Croc, battled a slew of enemies across a makeshift city, engaged in some all-time great boss battles due to that and been forced to go face to face with his past coming back to haunt him. Now, you get to explore the world of Gotham from a first-person perspective as Batman — and this will no doubt be one of his most divisive gaming adventures yet. Rocksteady has put a lot into this — it’s clear that they care about the idea of being Batman — and that shines through when the game begins.

We see Thomas and Martha Wayne being shot in another version of an iconic comic book story, but it’s far more engrossing now. No matter how many times you’ve seen it, being able to see it from Bruce’s point of view and actually look away from the horror changes things a bit. Sure, the narrative plays out the same — but would Batman be the same if he looked away during the murders? Would he be more scarred by not seeing what happened, and thus leaving everything a mystery? Doing so and relying on pure imagination is often worse than reality and when you’re playing as a young boy watching his parents depart the Earth, it would make sense to do so — but also betray the core of the character.

We chose to let Batman see what happened never wonder what happened. Closure came, but now Robin and Nightwing have gone missing and you’ve got to save them. Batman’s detective skills are used to analyze crime scenes like in past games, but exploring the world as if you were Batman has its pros and cons now. With the VR setup, you don’t get to move Batman around beyond occasional button presses sending you to different parts of the environment. This gives you an alternate view of the action and when combined with your own head movements, can make crime scene analysis that much easier. When you’re going bit-by-bit to determine injuries for Nightwing, it’s incredible and really does make you feel his pain watching his ward being pummeled.

Nightwing’s body slowly takes more damage and he loses more control of his limbs, while wounds pile up on his face. It’s a tough sight to see, and one that you now become more engrossed in due to the perspective. From there, you meet the Penguin and see him ice the goon that saw Nightway, while a morgue greets you with haunting images. Being able to actually look closer into the grisly images helps you feel a bit of the sickness that Batman should feel — but may not due to being hardened by it all. Controlling Batman in what is largely an action-ish point and click game takes some getting used to, but still results in some incredible experience.

Users with two Move controllers can use each hand to simulate Batman’s — so things like manipulating the cowl and even Bruce Wayne’s grand piano come alive. While that stuff is all well and good, it can be a bit clunky at times. Using the DualShock 4 works fine and operating each hand with a thumbstick and his various utility belt features with triggers and face buttons felt natural. The controls for either setup are responsive and will get you from point A to B quite easily. Speaking of which, the Batmobile and Batwing are used to move you around the world and you can now actually study them in the Batcave. It’s a small touch, but one that does make longtime followers of the character a bit giddy because it goes so far beyond just spinning and zooming in on a render of the in-game image.

You don’t have a dizzying array of attacks at your disposal — which is initially disappointing, but does fit within the narrative here. This is a cerebral adventure for Batman, so force is only applied when absolutely necessary and from above using tools like the Batwing to wreak havoc. Those wanting a Move-enabled Arkham brawler will be disappointed, but for those seeking something different, you’ll find it here. Rocksteady wisely didn’t try to do things that couldn’t be done well, and for Batman’s first VR game, that is very important. It’s arguably far better to succeed at something at a smaller scale than fail on a larger scale — especially when you’ve got a project like this that is so high-profile for launch hardware in the PlayStation VR.

Graphically, the world does come alive thanks to being able to interact with it — but you can see lower-fidelity assets being used and that does hurt things a bit. During regular action, it doesn’t hurt things, but when you’re going through visually-intensive areas like the morgue, the graphical issues do creep up. Muddy textures turn things that should be haunting into something that would be comedic if the tone wasn’t so dark, and the subject matter wasn’t so gruesome. Other than some shaky textures, the world of Arkham really does come alive. Small touches like Two-Face’s coin and a neon Lex Corp sign against the dark sky help make it seem like you’re in the world of Batman. It’s lonely, as not even Aflred is around much to talk.

Fortunately, Batman does speak to himself a lot — it’s one of the in-game upsides to playing as a character with serious psychological issues. Kevin Conroy does a fine job, while the other Arkham games cast returns and work well together once again. It’s a bit of a skeleton crew to be sure, but that does allow every character — even the small ones, to shine a bit. Musically, everything is haunting and the overall sound design is full of bumps in the night that make you a bit uneasy. Having either the default PSVR earbuds or some nice noise-cancelling headphones really freaks you out when you hear anything around the corner, and that is exactly what being Batman should feel like. There’s an ever-present feeling of danger and it works towards unnerving you in the best way possible.

Batman: Arkham VR doesn’t do as much as prior Arkham games — but what it does is done exceptionally well. Controlling Batman with either a DualShock 4 or Move controllers takes very little getting used to, while the first-person perspective is eased into perfectly. The game does have a limited scope that won’t be for everyone, but if you come into it wanting to play as the world’s greatest detective and not just as the world’s best martial artist, you’ll find a memorable adventure. Rocksteady’s latest romp through Gotham City is a brief one, but something that fans of the franchise will enjoy a great deal.