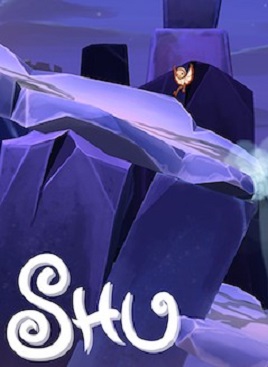 As the resurgence of 2D platformers continues, primarily due to the hard and passion-driven work of indie devs, many often focus on the more intense aspects from the nostalgia-heavy genre: pixel-perfect jumps and landings, countless enemies and constant, frustrating deaths. While titles like Super Meat Boy and Fenix Rage have shown the value among those elements of a platformer, one can easily make the argument that there’s a similar market out there for gamers who desire a more relaxed experience; one that can still provide the occasional challenge, but without the time limits and the electric guitar blaring in the background. Coatsink, who helped develop the viral sensation Gang Beasts with Boneloaf, are hoping to seize that market with a 2D platformer of their own with Secret Lunch. Shu packs plenty of collectibles and gorgeous animations in a short and sweet adventure, but falls short in a crowded genre thanks to a nonexistent story and an inability to innovate.

While the backbone of Shu is certainly the platforming gameplay, the game’s story often feels like an afterthought, not really bringing anything to the table to either boost or hinder the action on screen. The entirety of Shu’s plot is told through an opening and closing cutscene, both without any voice acting or dialogue, but fortunately enough, it’s also rather straightforward; just one’s typical “elderly man warns kid dressed in owl costume of impending danger, impending danger arises in the form of a giant purple all-consuming mouth, which then kills the elderly man and chases the kid and his fellow villagers throughout five worlds” story. The tale does provide a sufficient amount of motivation and reasoning to shuffle the player along from one generic area to the next, but considering the surprising emotional depth found in similarly short and gameplay-focused titles like 10 Second Ninja X, it’s hard not to feel a little underwhelmed. While this lackluster story won’t be too pressing of a factor during the actual playing of the game, it certainly stands as a key reason why Shu could quickly fade from players’ memories after the completion of its 3 hour adventure. 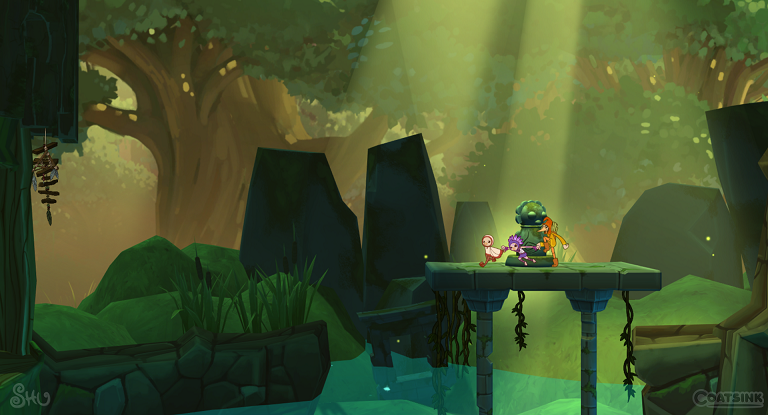 As a result of the more relaxed nature of Shu, the game ends up as an all-ages experience, with the only enemy present in the game being the aforementioned giant mouth, and the screen often fading to black quickly after a player reaches their demise. Additionally, checkpoints are littered throughout the levels, with each restoring the player’s live count to 5, making it rather hard to reach a Game Over screen save for a few unusually tricky sections. While this idea may certainly discourage some of the more veteran fans of platformers, the wide variety of abilities that are constantly switched between worlds, as well as the world-concluding chase sections do provide some much-needed diversity to the often straightforward platforming. Despite the short runtime, Shu does manage to offer plenty of replayability, with multiple playthroughs of each level being necessary to gather the numerous collectibles and achieve the fastest possible time. Ultimately, while Shu’s gameplay, like its story, doesn’t do much to stand out, it does provide a satisfying experience with a focus on exploration and completion.

Shu’s presentation continues this pervading theme of peacefulness, with a soundtrack that often comes off as inspirational, even in the more fast-paced and dangerous sections, as the power of music is what’s often used to repel this great evil. The game’s cinematics and 2D characters and animations are all well-produced and pleasing to view, but the 3D backgrounds and objects often seem clunky and unfinished, offering a contradictory graphical aspect. Additionally, the five worlds available are all rather generic as far as platformers go, with the character design often being the only stand-out as far as creativity and originality. Save for a few questionable hitboxes, there were barely any technical issues that occurred during the playthrough, with a consistent frame rate and no discernible bugs. The simplistic controls make it easy for players of all skill levels to pick up and play, with an extraneous amount of difficulty really only being present in the game’s final level, which deserves its own shout-out due to an impressive ability to wrap up the game in a challenging yet satisfying conclusion of a level. 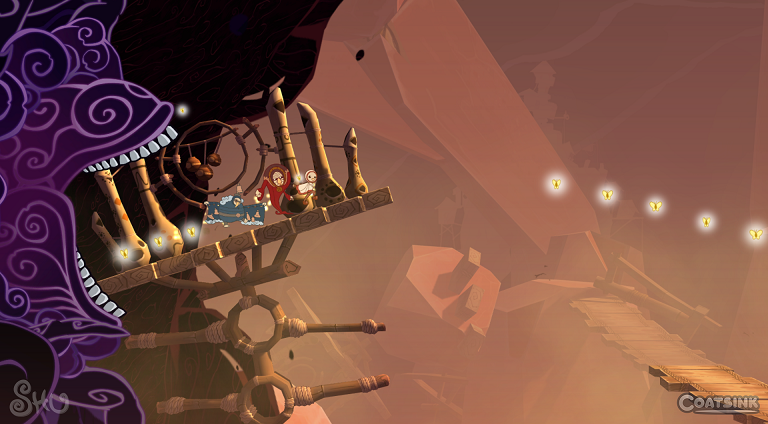 Despite the goodwill that may have gathered with the release of Gang Beasts, Shu is still likely to have a hard time making itself heard not only among its own genre, but among games in general, considering the crowded time period it has been released in. 2D platforming fans that do give Shu a shot and are willing to forego the usual stress-causing challenges of other platformers, however, will find a rather pleasant experience, filled with original characters, a plethora of collectibles and a charming, carefree presentation. While a stronger story and better release period would have benefited Shu’s impact on the consumers of the gaming industry, Shu’s consistently solid gameplay make this platformer one that’s sure to satisfy fans of the genre as well as parents looking for a more kid-friendly title.