It seems like now, more than ever, we see AAA open-world games following the same general formula. Make no mistake, there are certain things that you need to have to fall into this genre, but the idea that every title has the same map full of icons is a bit much. Games like Metal Gear Solid V and The Witcher 3 played around with what we’ve come to expect from a big budget sandbox game, and the hope with Guerrilla Games’ highly promising Horizon Zero Dawn is that it follows this formula of innovation rather than being yet another Assassin’s Creed Clone in a different setting.

The specific type of open-world game that seems to flood store shelves left and right is the action-adventure with light role-playing mechanics in a sandbox loaded with collectibles and simple side missions. These types of games are often referred to as having boxes that players check off in order to feel the satisfaction of completion. There’s absolutely nothing wrong with playing games for a sense of control and completion, and titles like Far Cry and Assassin’s Creed fill needs here. However, when we’re presented with a setting as interesting as the one in Horizon Zero Dawn, it would be a small tragedy to see this be yet another formulaic western sandbox title.

Of course, we know that Horizon Zero Dawn is being billed as a full-fledged role-playing game. The question is, of course, whether this is going to be an RPG in the vein of Fallout 4 or The Witcher 3, or if it’s going to be something lighter that can be finished in around twenty hours. There’s obviously nothing wrong with Horizon Zero Dawn not being a two-hundred hour epic, but it would be a shame to see some more role-playing mechanics tacked onto a structure similar to that of Mafia III. Think about it: we’ve already seen Aloy climb a tower, albeit in robot dinosaur form, in order to reveal icons on the map as well as examples of what appears to be outpost clearing. Horizon Zero Dawn has the potential to tell a crazy sci-fi story unlike anything we’ve ever seen in this medium, but that would be all for naught if it was presented in a package that isn’t engaging and exciting on its own.

The hope is that Horizon Zero Dawn will be similar in structure to, say, Deus Ex: Mankind Divided. For all of the problems that gamers far and wide have had with Adam Jensen’s latest romp with the Illuminati, there’s something to be said for the level of customization and depth that is packed into what amounts to a forty hour experience. Deux Ex’s modern releases don’t feel like full-fledged Bethesda RPGs, but they’re certainly meatier from all of the titles that we see over and over again that throw light RPG mechanics into the same basic structure. Whether or not it’s true, there’s always something sad about gorgeous games with cool concepts that fall short because of their structure. The Division was one of the most promising titles of the year, but it’s completely faded into obscurity because its RPG mechanics and general endgame structure aren’t engaging enough for players to come back to. No, Horizon Zero Dawn isn’t a multiplayer shooter looking to compete with the likes of Destiny, but it’s still an extremely interesting title that has every chance to be something special. 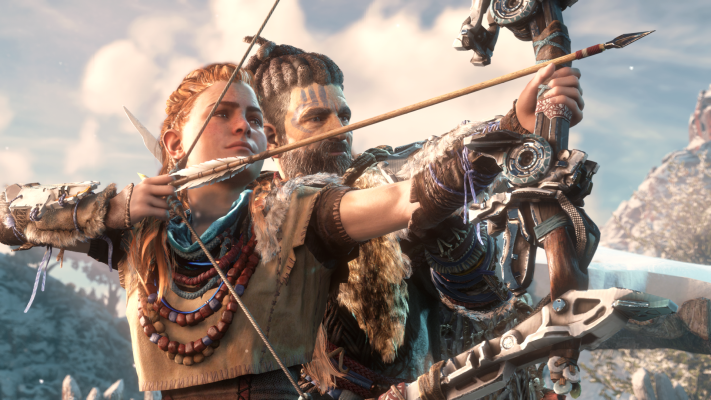 It would be downright shocking if Horizon Zero Dawn didn’t wind up being at least a good video game. Being that every demo that has been shown off thus far has been met with positive reception, the concept of this being a stinker seems unlikely. If Guerrilla Games plays it safe and tries to make a game whose story has to carry it through a mundane core structure, then we’re going to be left with a good game that could have been amazing. As sad as it is, good games wind up fading into obscurity rather quickly, as there are far too many amazing indie and AAA titles out there to capture our spare time. Here’s to hoping that Horizon Zero Dawn is as good as advertised when it releases early next year, as PlayStation 4 owners are beginning to grow restless with the current AAA exclusive lineup.