While it has been out for awhile, the snow strewn expansion to Neverwinter, dubbed Storm King’s Thunder has finally hit consoles. As I previously stated in the announcement date post, it is much later when compared to the PC release date, but thems the breaks when choosing convenience over power and timeliness. Still, it’s a massive expansion to an already massive game. The likelihood that the PS4 folks are even ready for it is minimal. Xbox One people… well, there are probably plenty ready there.

As I wrote before: “Taking place in Icewind Dale, players are tasked with traveling to Bryn Shander to stem the flow of one of the most metal breed of monsters. They will not be forced to do it alone, as classic characters like Catti-brie, Wulfgar, and Harshnag will be lending their skills and aid. The new campaign itself begins at the aforementioned Bryn Shander, but will continue through Lonelywood and Cold Run. There is also a new dungeon, taking place on Fangbreaker Island, to unlock and tackle. 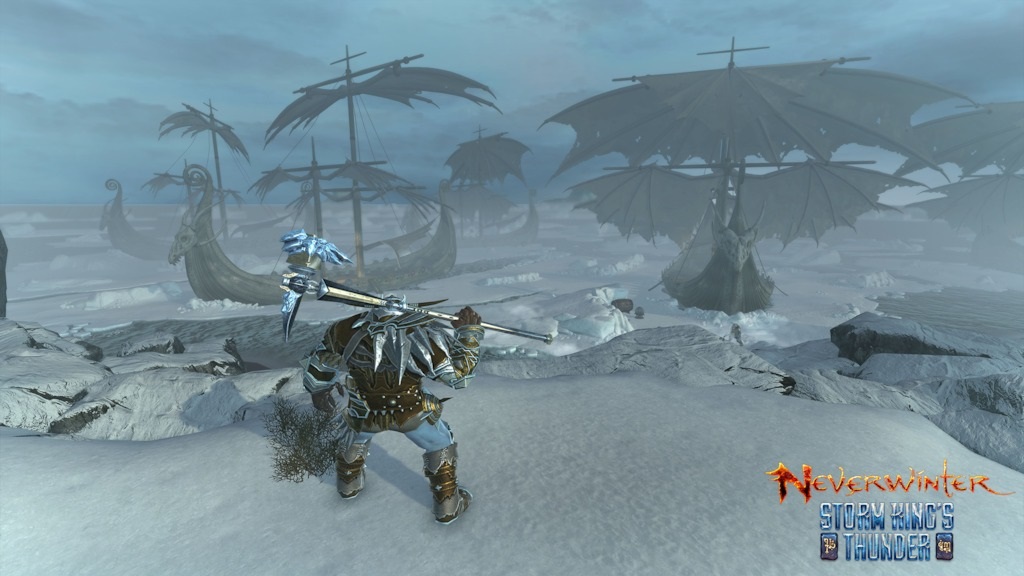 Also coming for PS4 players on that day is the Guild Alliances expansion. This came shortly after The Maze Engine, and is designed to help guilds work together for a larger goal. Larger guilds will be able to take pity on smaller guilds and team up to build one large empire to conquer and protect the world. It also features the Sword Coast Chronicles, a feature that is intended to help better direct players through content and get the most out of their playtime.”

People who haven’t already taken the plunge are highly encouraged to do so. It’s really, really good. Don’t let the free to play stuff be a barrier. Perfect World Entertainment and Cryptic Studios know how to respect their audience without beating them over the head.