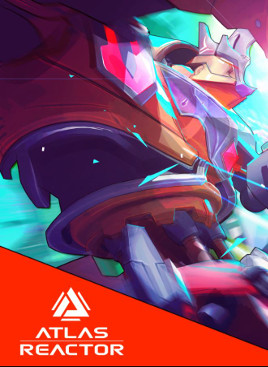 “Free to play” is one of those terms in gaming that tends to reinforce the adage of you get what you pay for.  There are exceptions, some of them being high quality, but good free-to-play games that are truly free and worth playing are still in the minority.  Trion Worlds is one company that is aware of the many criticisms of the free to play model but strives to deliver solid gameplay in a way that demonstrates how free to play can be a viable platform.  Atlas Reactor is the newest of Trion Worlds’ offerings and attempts to create a fun experience for paying and non-paying players.

Atlas Reactor is a turn based PvP with four on four matches.  The twist it offers is everyone’s turn happens simultaneously.  Prior to each round there is roughly twenty seconds where each player selects what action their character will take, and when the time is over all actions play out.  Getting an advantage in this type of match is coordinating with your teammates and trying to predict what actions your opponents might take and try to outsmart them.  An example of this is some characters’ actions are quicker than others, and certain moves allow them to relocate and then attack, which can potentially move them out of harm’s way for that round.  Placement on the map is just as important as what the next action choice is.

Following the popular trend of “hero shooters” set by the likes of Overwatch and Battleborn, Atlas Reactor currently has twenty playable characters called Freelancers with very different appearances and play styles and more suspected to come.  The gameplay is very different than those third person shooters, it has been described as a mix between DotA and Xcom but it is done in a way that shows influence from the sub-genre of hero shooter. 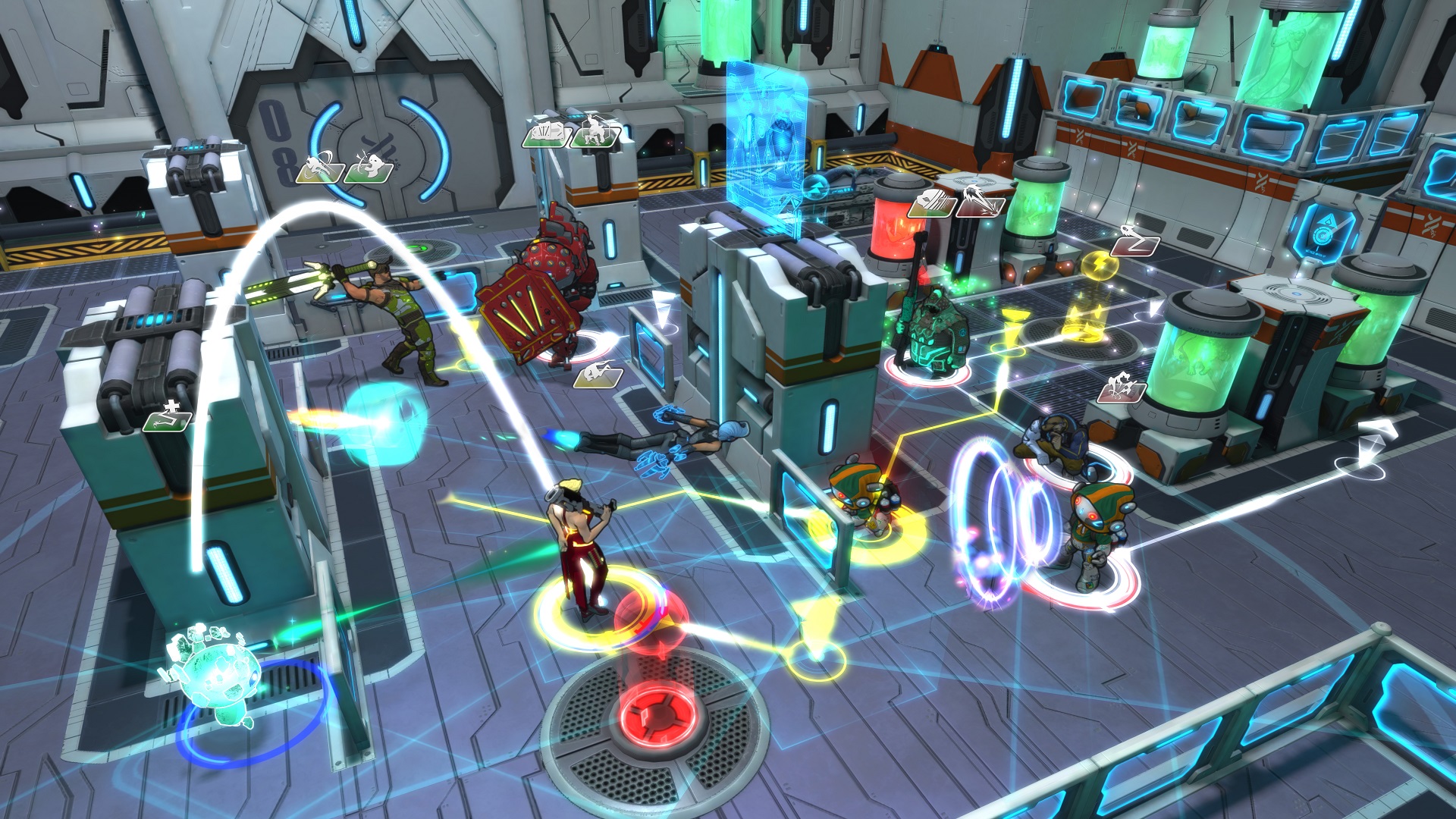 Some of the Freelancers include Titus, The Bounty Hunter wielding a massive two handed sword who is an ideal choice for front line fighters as is Garrison, and The One Man Army who packs a missile launcher.  For players opting for a support role there is Aurora, The Digital Sorceress who can repair and destroy atoms, making her both a useful healer and instrument of destruction.   Dr. Finn, The ‘Eeler is another good support choice who has water and electricity based attacks that can also heal teammates who have suffered some damage.

Trion Worlds is known for a couple of things, which are utilizing free-to-play games and having their games being centered around socializing.  Atlas Reactor is no different in these areas; it can be played as a solo experience against bots which can still be enjoyable, but the fun factor is amplified when playing with other people.  Everyone going at once does make strategy a little different than most turn-based PvPs, but that is also part of the fun.  You can coordinate a multi-pronged attack with your teammates that can lay waste to the opposing team, but this brilliant scheme can fizzle out when they all happen to change positions.  Trying to plan your move while guessing what moves they are making during that twenty second window can lead to some rather intense, fast-paced and enjoyable matches. 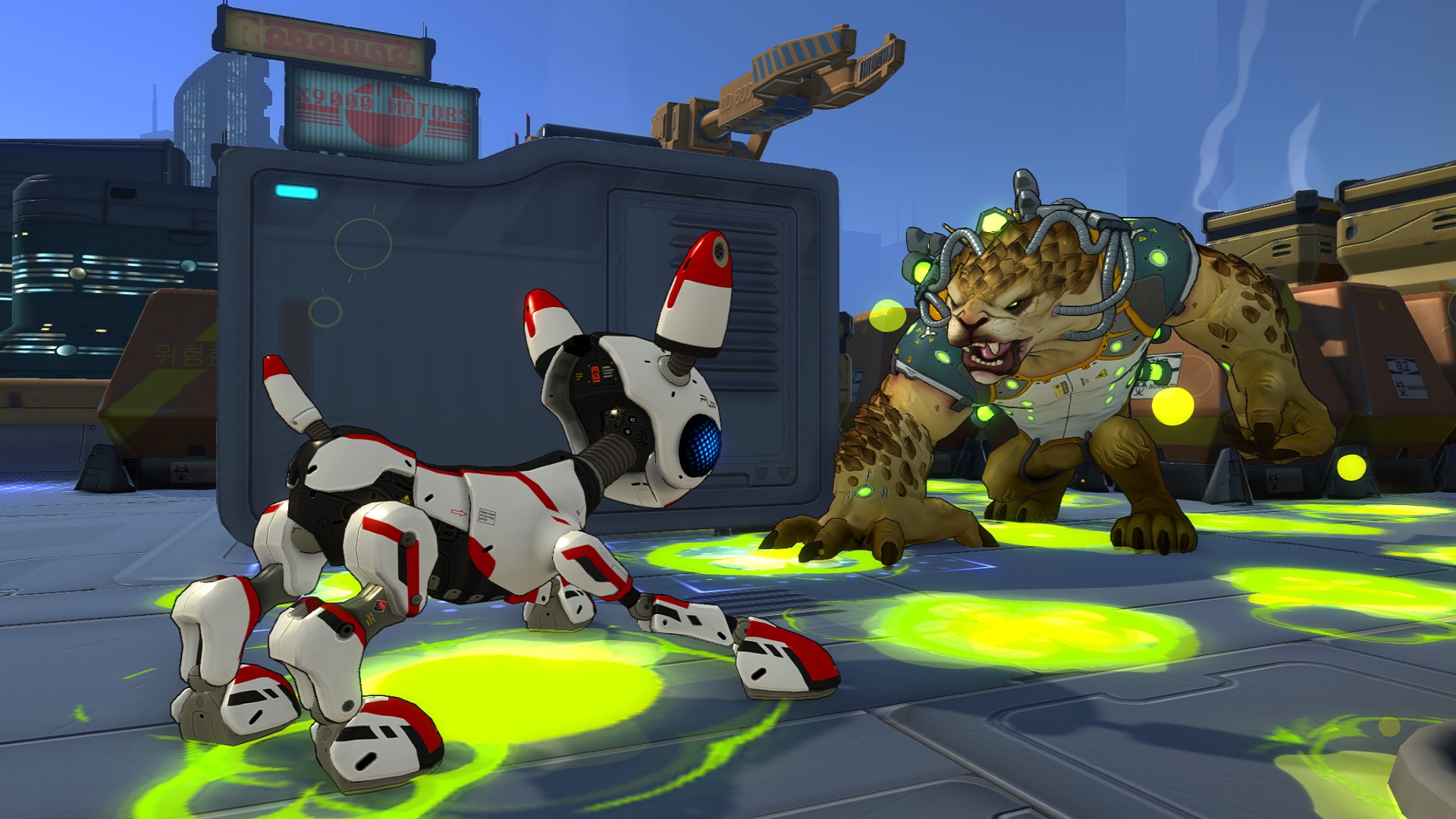 So the elephant in the review I have been waiting to talk about is free to play, which is a term that can generate mixed reactions.  Atlas Reactor naturally does have paid content, and Trion Worlds wants to naturally reward players who support them by buying said content but they want the players who do not want to pay anything to enjoy the game and not be at a disadvantage just because they don’t spend money.  How they have addressed this issue, which personally seems like a pretty cool way to handle it, is people can download the game and play it as much as they want and never pay a dime.  The catch is they only have six Freelancers to choose from, but these characters rotate every week so if you don’t have your favorite this week maybe next week it will be available.  Purchasing the game will unlock all Freelancers for use all the time, plus access to custom matches and ranked matches.  Thirty bucks will unlock the full experience, but there is some bonus content available at some more expensive packages that include some items for other Trion Worlds games.  None of these bonuses will give a player an unfair advantage, but they are fun extras for those who like the sort of thing.  A breakdown of each tier can be viewed here.

The cel shaded art style looks great in full motion on the battlefield and does breathe life into the various Freelancers.  The game controls well but there is a bit of a learning curve that requires a few matches to fully get a grasp on how to approach it, but after that it is a difficult game to stop playing especially if you find the right group of people to play with.  Atlas Reactor is best described as a MOBA-esque turn-based PvP arena where it is always everyone’s turn. 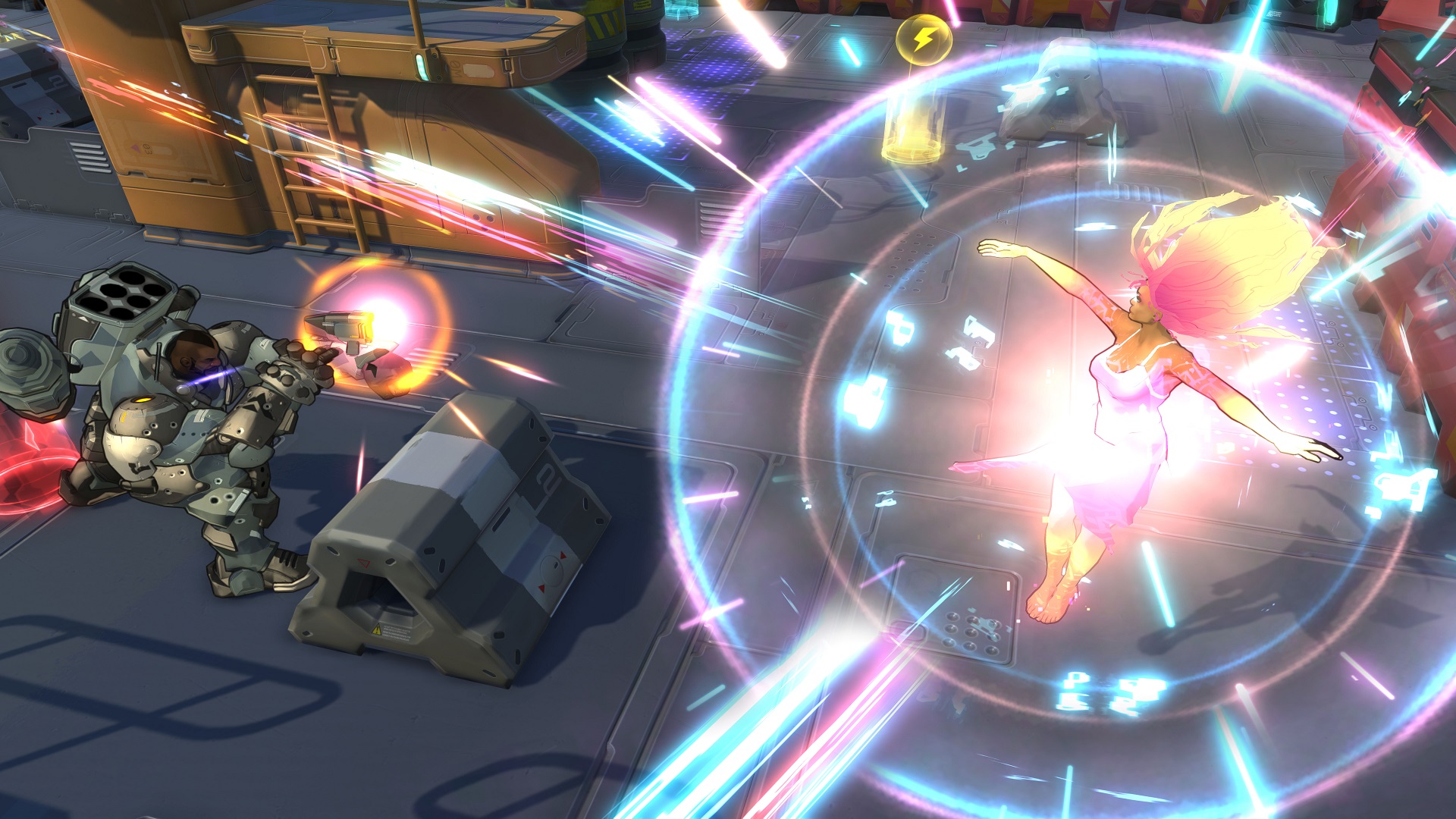 Atlas Reactor is a fun game for people who love blasting the hell out of their friends.  The large variety of Freelancers, both in appearance and play style, present the opportunity to try out several different strategies and help keep things interesting.  The beauty of Atlas Reactor’s payment model is it allows people who might be on the fence about it to play the game for free and decide if unlocking everything is worth the cost of admission.  If it isn’t, that’s fine, Trion Worlds won’t get mad at those who are satisfied with what is offered in the free model.  The more expensive tiers contain bonuses that do nothing to give a player an advantage, it is just optional cosmetic stuff for players who like that sort of thing.  The player simply buys whatever stuff they want (if anything) and the game will not constantly badger you to spend money on microtransactions.  People who enjoy MOBAs and PvP arenas are encouraged to check this out if they are in the market for a new title, especially since free mode allows all the time you need to decide if purchasing this title is worthwhile.