If there is one thing The Elder Scrolls and Monopoly have in common it is that both have games that can last close to forever.  In order to create a game that can truly never end, it only makes sense to combine the two of them, so Skyrim will join the ranks of Street Fighter and Fallout in having its own themed Monopoly board.  Skyrim Monopoly will be the same classic Monopoly but will incorporate lore, locations, and characters from Skyrim.  Skyrim Monopoly is scheduled for release in March 2017 and can be preodered now from Merchoid. 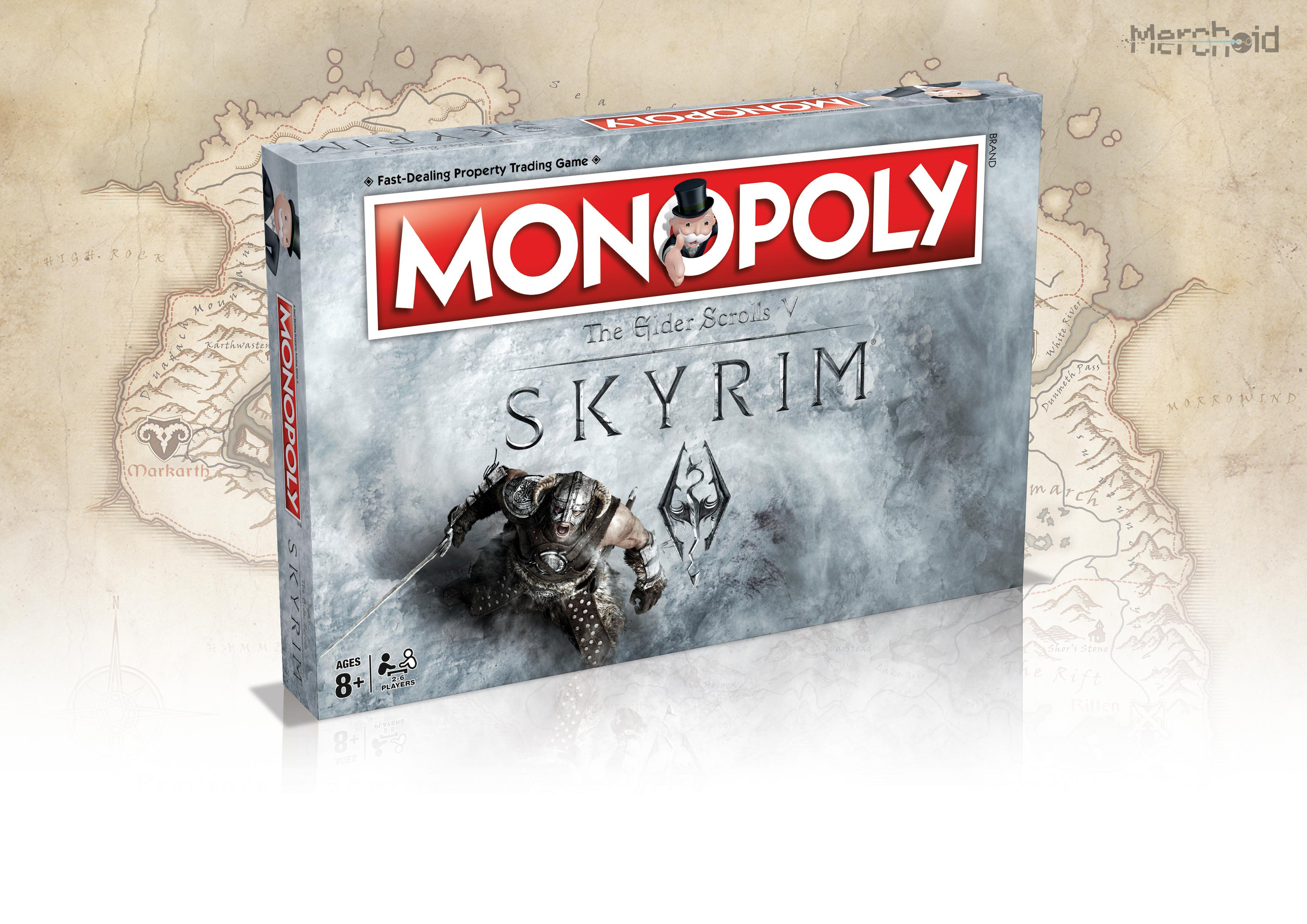