It’s hard to define just how disappointing the original Watch Dogs was. It had a fantastic debut at E3 2012 and the game demoed well over the years. The end product, however, just wasn’t up to snuff. Not only were the graphics massively downgraded, but there just wasn’t much joy to playing it. Gameplay quickly devolved into “press Square to hack,” driving feeling too floaty and gunplay unsatisfying. The story lacked any punch and the characters felt lifeless. Ubisoft Montreal has gone back to the drawing board with Watch Dogs 2 in an attempt to fix what players didn’t like about the first game. We got to play hours of Watch Dogs 2 recently, and for the most part, Watch Dogs 2 feels like a noticeable improvement over the original game. Ubisoft Montreal has honed in on what the first game got wrong and worked to fixed it, but not everything works.

Let’s get this out of the way first: no, Watch Dogs 2 does not look as good as the original E3 2012 Watch Dogs demo. That presentation will likely haunt the franchise for it, simply put, set the bar impossibly high. So high, in fact, that the current console hardware likely won’t be able to ever reach it. This isn’t to say that Watch Dogs 2 isn’t a good-looking game. San Francisco, Silicon Valley and Oakland are beautifully rendered. While not a one-to-one recreation of the city, Watch Dogs 2’s version is still faithful to the real-world locale (except for the traffic).

It’s surprising how few games take place in San Francisco because it’s a fun city to run around and drive in. The sprawling city features winding hills and sharp turns that make it perfect for racing. Going outside the city players will encounter rolling hills, coastal beaches and real world locales like Alcatraz Island. It’s surprisingly fun just to sit back and wander around. Ubisoft has also worked to break the ‘Ubisoft formula.’ Rather than players climbing a tower and activating it to reveal all optional side-missions, players must now explore the city and talk to NPCs to get missions. It’s a far more natural way and breaks the typical mold.

Of course, that isn’t really why people play games like Watch Dogs 2. One of the main reasons is the story, which is much more engaging this time. Trading in the dark revenge tale of the first game, Watch Dogs 2 follows Dedsec, a hacking group, in their attempt to take back their city from Blume, the creators of the intrusive ctOS 2.0. You play as Marcus Holloway, a man wrongfully framed for a crime he did not commit by ctOS 2.0 algorithm.

It’s clear that the characters are far more interesting than anyone from the original game from the get-go. Each of the main characters emotes a different personality thanks to strong writing and acting. Marcus himself is a far better protagonist than Aidan Pierce in the fact that he has a personality and is more than just a gruff voice. In fact, players can put a little bit of their personality into Marcus. Unlike Aidan, players can customize Marcus with different types of clothing from shops littered throughout the San Francisco Bay Area. 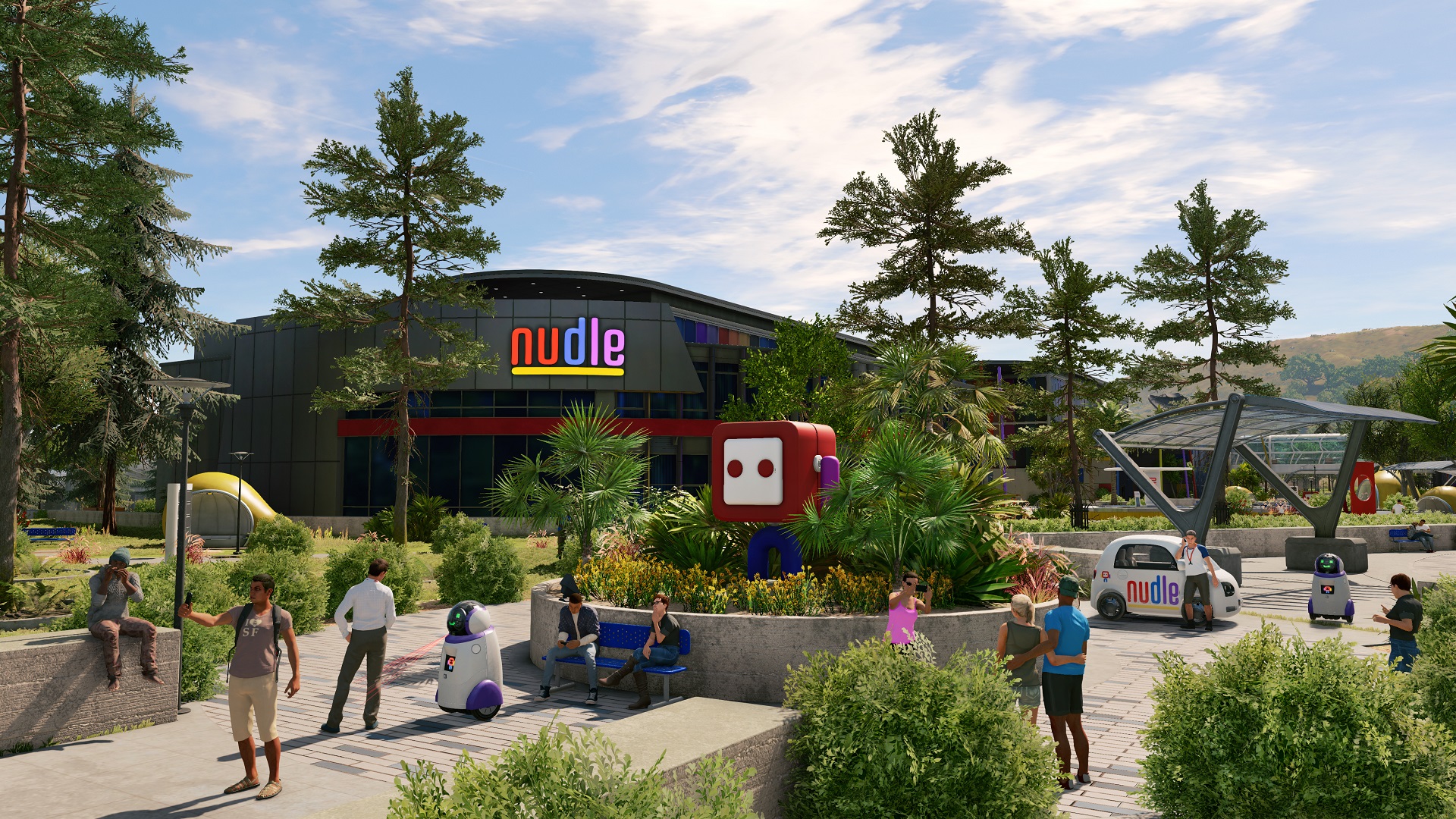 Driving has been fine-tuned to be more accurate and precise, a departure from the floaty controls of the original. Driving feels fun and getting around typically involves a lot less crashing. Watch Dogs 2 is so confident that players will like the new driving that one of the first missions, Cyber Driver, focuses on it. A section of the mission pits players against the police in a high-speed race. The last part is a race against time that ends in the grandest way possible.

Hacking has also been thoroughly expanded upon. There’s still “press Square to hack,” but there’s also a lot more options. By aiming and holding L1 at an object, players will be given multiple different hacking options. Take a car, for example. Players can now not only cause it to go haywire, but cause it to zoom forwards or backward. You’ll even be able to drive it remotely. Almost every device has multiple hacking options with additional ones being unlocked through the skill tree. There’s a lot more depth to the hacking.

There’s also a lot more depth to the way players can approach the missions. All encounters are set up to give players a range of possibilities to forward the story. Take the ‘False Prophets’ mission. Marcus needs to infiltrate the headquarters of a supposed for-profit church to acquire a list of celebrity followers. Players can approach this in one of three ways. First, you can be like a Ghost and use tools like the RC car to maneuver around the building and get to the objective without any use of force. Secondly, you can find an unlocked back door and go in guns-blazing. Thirdly, you can use a mixture of both. This adds variety and gives you the chance to play as you want. 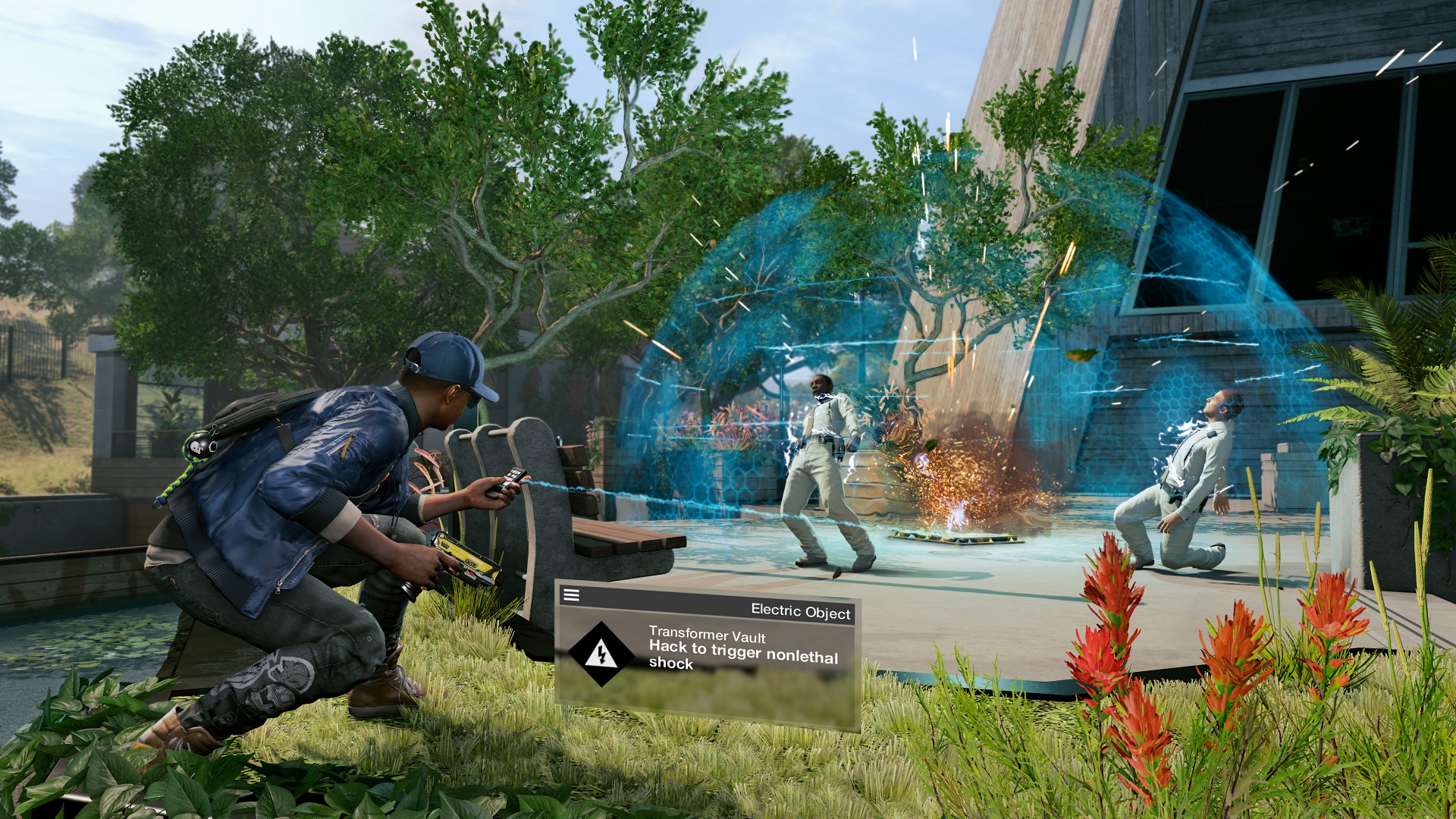 Unfortunately, while plenty was fixed, some things have not been. The combat gameplay is the weak point of the preview build. Stealth mechanics are rudimentary and because sometimes enemies wouldn’t be tagged when spying on them with a camera, you’re more than likely going to get caught. Marcus’ bocce balls, which are the game’s melee weapon, don’t pack as much of a punch as Aidan’s baton. Additionally, the animation to knock enemies out is extremely long and increases the chances of stealthy players being caught.

Perhaps no other mechanic suffers more than the gunplay. Shooting in Watch Dogs 2 is dull. Guns don’t pack a punch, the reticle is just a white dot on the screen, and aiming feels loose and inaccurate. Shooting your way through an objective is probably the worst possible option since almost every enemy has the capability of summoning reinforcements. While Watch Dogs’ shooting was OK at best, Watch Dogs 2’s is abysmal and needs some proper attention if it is to remain a viable gameplay option.

Watch Dogs 2 does bring back the multiplayer from the original game. The classic hunt mode returns where you must locate an invading player and execute them before they steal your data. There are also co-op missions that allow players to connect and tag team an objective. They’re fun if you enjoy these types of game modes. For those that don’t, there’s always the option to turn them off. 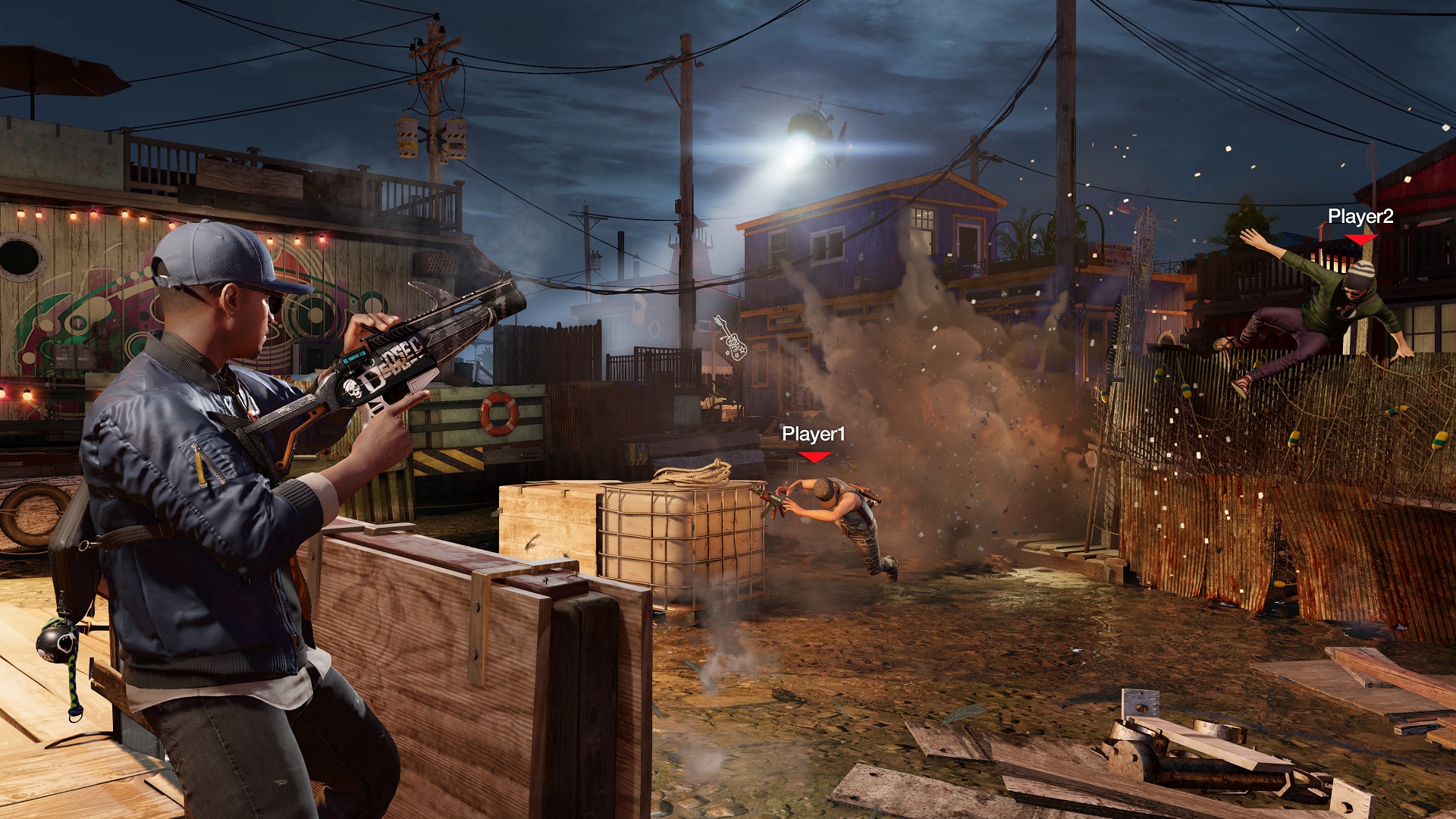 Watch Dogs 2 is the epitome of two steps forward, one step back. Ubisoft Montreal has fixed quite a few of the nagging issues from the original. The characters have way more personality, driving has been tightened and there’s a lot more depth and variety to the hacking. Unfortunately the combat feels like it was left in the dust while Ubisoft worked on the rest. With the release just mere weeks away, it might be too late to fix it, so we’ll have to wait until then to see how much it affects the overall experience (which so far is quite fun indeed).

Watch Dogs 2 is out November 15 on PS4 and Xbox One, and November 29 on PC. Be sure to check out our interview with game director Danny Belanger to learn more about the game.