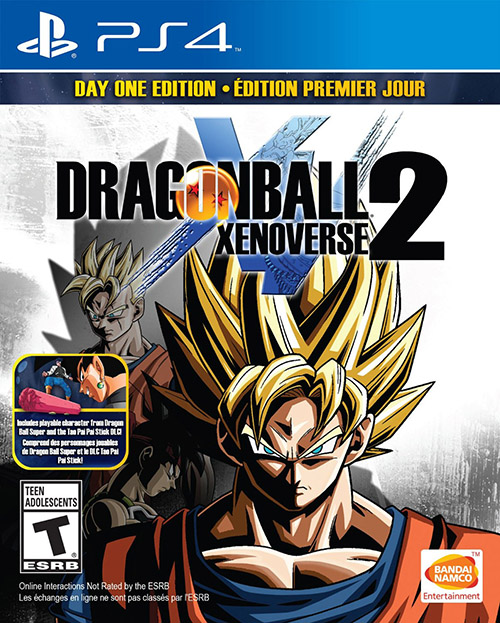 Over a year and a half ago, Bandai Namco tried something a little different with the Dragon Ball license. While they maintained the three-dimensional fighting game mechanics that have been a staple of the series, they were meshed with RPG elements and character creation. Who didn’t want to create their very own Dragon Ball character and establish them within the long-running ethos? It was the perfect concept that catered to the broad fanbase, putting a spin on replaying the same scenarios we’ve seen for the past twenty years. Unfortunately, there was a lot dragging Xenoverse down, from repetitive mission structures to random difficulty spikes. Even with cooperative play, it was far from the most ideal Dragon Ball experience. That didn’t stop Bandai or Dimps from continuing forth with the subseries as they have created a sequel, and much like its predecessor, Xenoverse 2 contains everything we’ve come to expect, to the point you begin to ponder whether or not you’re playing the exact same game as before.

Xenoverse 2 brings players to a brand new hub area called Canton City, a location that’s heavily varied with iconic Dragon Ball sites. Here, players will get to create their new hero of time as the silent protagonist from the first game is off doing his or her own thing – although occasionally popping up in the story. You can once again pick a race of Majin, Saiyan, Earthling, Namekian or Freiza, each with their own unique perks. Considering these are pretty much the only significant being in the Dragon Ball universe, you can’t really fault Dimps for not adding to the pool, although it would have been interesting if there was the option to create your own race from scratch. Overall, not a whole lot has changed with these five races, although there have been some overdue enhancements. For example, a Saiyan character can now go Super Saiyan 3 if their Ki is high enough, Freizas can turn Golden, and Buus can transform into Kid Buu. You still can’t become a Saiyan God, or the Blue version past that, but that leaves something for future releases. 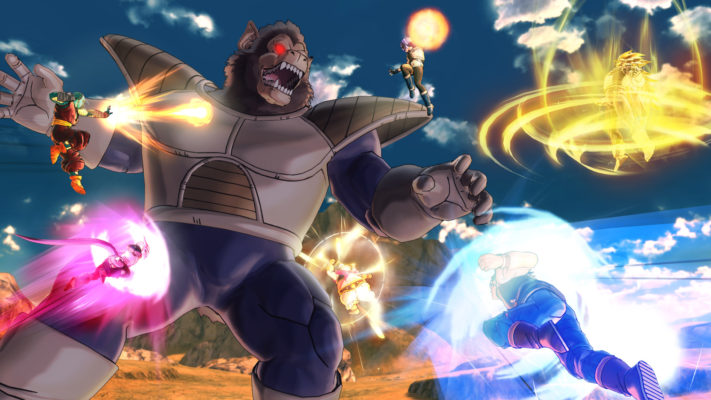 The plot behind Dragon Ball Xenoverse 2 is essentially the same as before. Towa and Mira are back, recruiting antagonists such as Janemba and Lord Slug, to go about altering time in the vast universe. Granted, you can only do so much with a story about demons trying to distort time, but Xenoverse 2 is rehashed to an unfortunate degree. It’s a “did this, done that” plot where there’s very little stakes at play as you know you’ve already beaten the two not too long ago. It even goes as far to reuse some of the same scenes, although granted, the vast majority of the game is told at different points during each saga. As fascinating as the story was in the previous game, at least at a conceptual level, the campaign in the sequel is a complete trudge to get through, especially considering it retains random difficulty spikes and uneven playtime in each era.

Gameplay is more or less what we’ve come to expect from a Dimps Dragon Ball product. If you’ve never played one in the long running series, this is more or less a fighting game, although instead of being limited to a two-dimensional plane, battles are situated in all possible directions. Two of the buttons on the controller will be your very best friends for the entirety the game as combos are centered around mashing square and triangle. There is a grab feature, but considering how sluggish movement can be thanks to the verticality of full 3D gameplay, and the rather frustrating lock-on system, you’ll rarely be using this ability, even on enemies that encourage it. Even the standard Ki attacks have a minimal effect, partially staggering an opponent for a split-second. There’s a little more complexity to this, though, as if you can pull together combinations of all the different moves, things flow very well. It’s the special and ultimate moves that will add some variety as, at least for the customizable character, you’ll be able to swap out different moves learned throughout the campaign to better suit your play style. If you’re into Kamehameha or Destructo Disc, you can mix and mash to create someone who can perform all your favorite iconic moves. 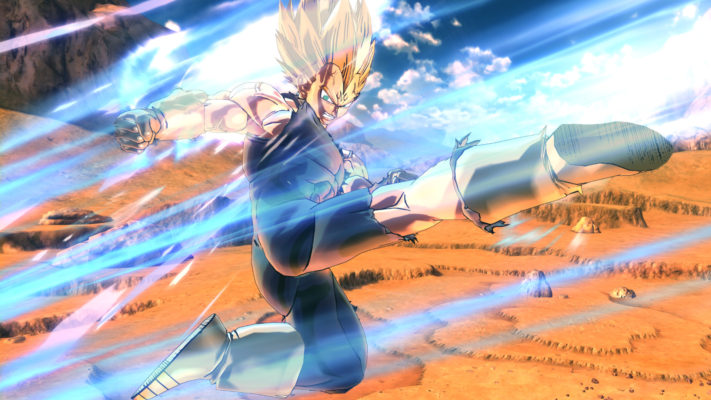 Of course, while this is a fighting game, there’s also RPG elements attached to it, as well. This is one of the better aspects of Dragon Ball Xenoverse 2 as you’ll be able to level up the created character how you want. Only use Ki blasts? Well you can stack the attribute points all into that one category. Clothing also affects attributes different depending on their level, which is somewhat disappointing considering it limits the character’s fashionability. This isn’t the most complex RPG system out there, but being tied to a fighting game such as this lends some variety in how you approach each scenario, and even though there will be a little bit of grinding for items and levels, it helps curb some of the higher difficulty spikes throughout the story.

Unfortunately, while combat is just OK in terms of control and entertainment value, the core mission structure is uninspired. This is one of the more repetitive experiences on the market, rivaling games such as Dynasty Warriors. It may contain an incredible number of characters to play as, each, for the most part, with their own unique movesets, but both the main campaign and the Parallel Quests are the same slog. You’ll be tasked with taking down a set number of opponents before maybe a boss appears. At least for Parallel Quests, there will be set parameters to unlock a special fight, but even then it’s mainly used for grinding for better items.

This is where the online portion comes into play. Players will be able to bring their character creations into combat to not only fight against one another, but participate in Parallel Quests. Running through the repetitive missions is no fun alone, so doing it with a friend or even a random player online does add a level of enjoyment that’s desperately needed. Fortunately, there is one new mode added to Xenoverse 2: Expert Mission. This is essentially a unique boss battle where there are special attacks that will leave your party vulnerable. For example, the boss can cause an internal struggle amongst the group when someone is mind controlled, or shot them off into a different plane of existence. There are ways to counter this and bring party members back, but it’s all about working together diligently, instead of everyone going off to do their own thing. It’s an entertaining new mode that adds a level of variety to a rather monotonous game. 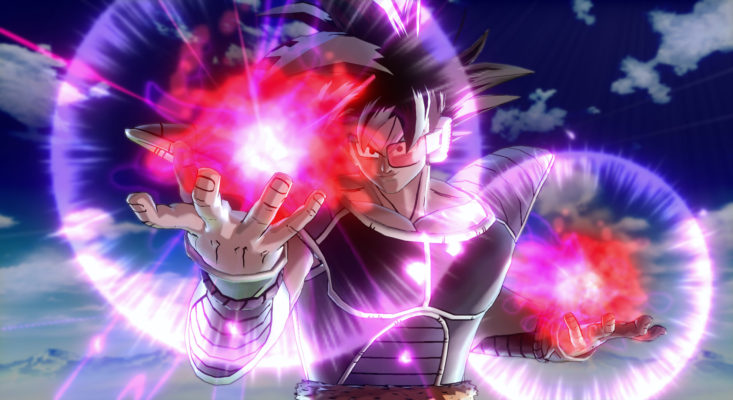 Dragon Ball Xenoverse 2 is stuffed with all your favorite characters and painted with a lovely anime art style, but that’s all it has going for it. The plot of resolving time anomalies was conceptually fascinating the first time around, but it seems like the creative well dried up fairly quickly as the developers just reused the exact same mischievous two antagonists to go about altering events once more. Sure, there are differences to which scenes have been changed, but you can only replay the same old sequences so many times. It wouldn’t be so bad if the core mission structure for both the campaign and Parallel Quests weren’t so repetitive, as it usually involves taking down a set number of enemies or collecting items such as Dragon Balls. That tied with incredibly long load times into the hub area (at least on console) create nothing but a disheartening experience. With that said, the new Expert Missions mode is a fantastic addition to the formula, aiding to the decently entertaining cooperative scenarios. At the end of the day, Dragon Ball Xenoverse 2 is, at best, a minimal improvement over its predecessor while sharing a lot of the same issues, but there’s just something so endearing about how it all came together.