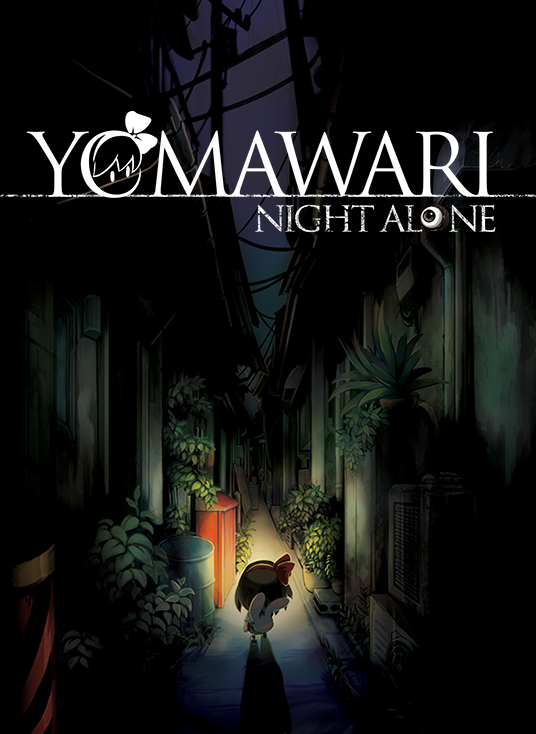 The town at night is empty, but its darkened streets aren’t completely free of activity.  The shadowy dead stalk any who cross their paths, making going outside a task for only the bravest or most desperate people.  When a young girl first loses her dog and then her sister disappears while looking for it, she has just the right combination of those two emotions to head out into the darkness after them.  The ghosts are pure Japanese in origin, making them infinitely weirder than the “glowing translucent people” of western mythology, and when the sun sets they turn the town into a freakshow of shadows, specters, multi-legged demons, possessed items and other surprises waiting to jump out at a young girl who just wants her sister back.

Yomawari: Night Alone is a strange stealthy nighttime horror-adventure.  It’s a mix of wonderful ideas, janky execution, emotional moments, and plenty of jump scares, set in a desolate open-world town and its surrounding areas.  All the horror staples make an appearance- creepy schoolgrounds, haunted downtown area, shadowy shrines, abandoned factory, windswept rice fields, and plenty more all crawling with an assortment of the hostile undead. It’s dangerous out there, but the occasional Jizo statue acts as a temporary checkpoint (not, and this is very important, a save point, despite the text saying “quick save”) on the many, many times you get the poor girl killed off.

The nameless girl isn’t entirely defenseless, but it’s close.  She mostly runs away from the ghosts, but hiding in bushes and signs works too.  When running her stamina bar shrinks down at a pace that’s determined by how frightened she is, and when her heart is pounding with fear it dissipates almost instantly.  For most ghosts this isn’t too big a deal, seeing as walking speed is just barely quick enough to keep her out of their grip, but there are a few encounters where this mechanic is maddening.  The third chapter of the game see the girl running from the persistent ghost of a young woman who died after falling off a cliff, and it’s here that the game shows its controls are better suited to doing anything but action.  The ghost’s attacks are quick enough that it’s easy to accidentally waste the tiny moment of Run that’s available before fear eradicates the stamina bar, making for a section that’s wildly aggravating.  Thankfully it ends on a touching story note, but Yomawari is at its best when not putting its controls to the test. 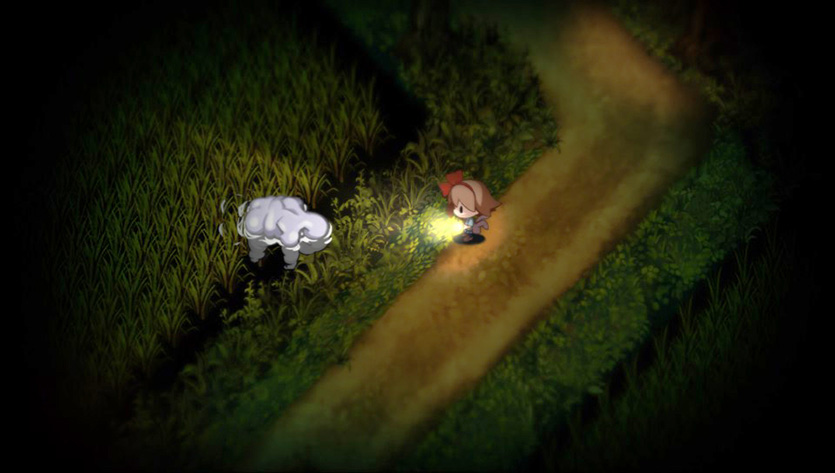 Most of the time, thankfully, the girl is exploring the town, picking up keys and collectibles to help her on the way, all while using the flashlight to scout the ghosts ahead and plan the least confrontational way around.  Some ghosts are always visible but most only show up in the beam of her flashlight.  Their invisibility doesn’t make them any less dangerous, and that’s particularly tricky when they hang around more visible supernatural creatures who are triggered by light.  Other creatures are more attuned to sound, requiring tiptoeing past, while still more ghosts just tool around minding their own business but utterly indifferent to mowing down whoever gets in their way.  It’s a menagerie of the paranormal and if they aren’t overtly hostile then the best you can hope for is indifference.

Yomawari’s strongest point, in fact, is it’s personality, which shines through in every scene.  The 2D art is gorgeous, easily overriding the stiff animations, and while the story is very light on the words it packs a strong emotional punch.  I’m being purposefully quiet about a specific spoiler, in fact, but it shades the entire game with a sense of sadness for the girl who isn’t yet equipped to deal with her situation.  She’s not out to save the world but rather find her dog and sister, and that’s a goal that’s easy to relate to despite knowing something the girl doesn’t. 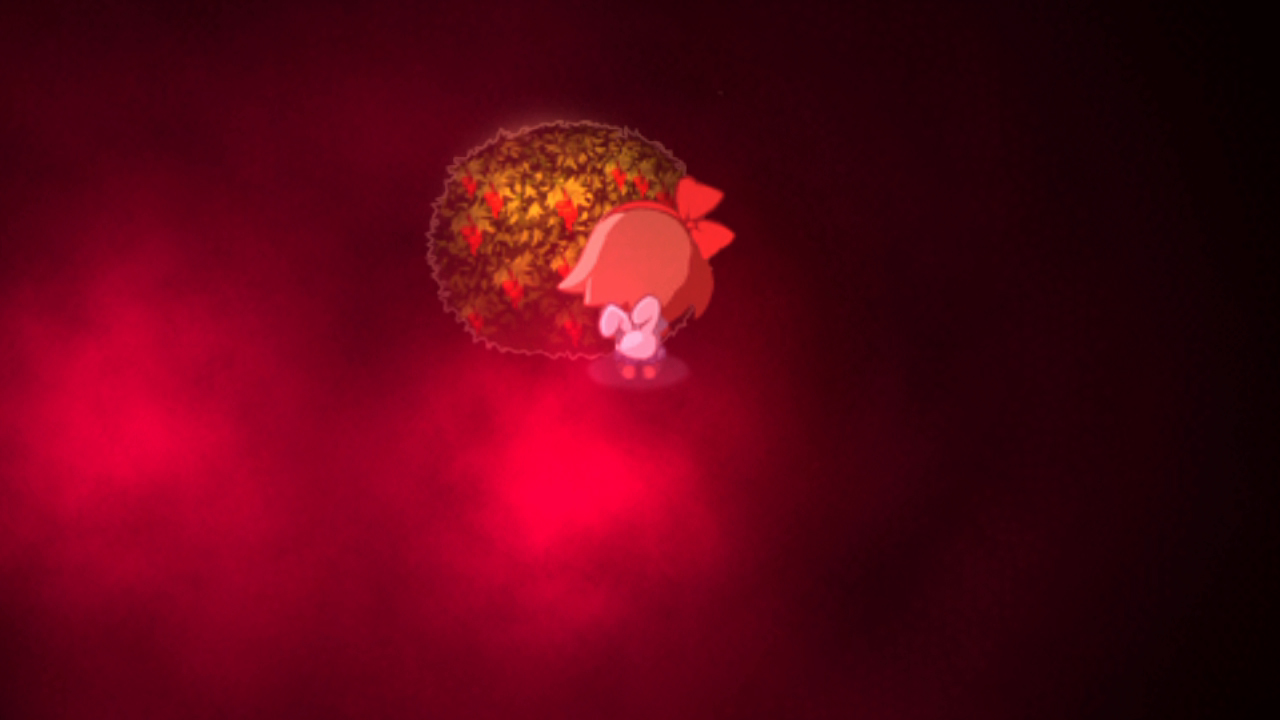 Yomawari: Night Alone is a game that will be remembered more for its tone and story than gameplay, but that’s enough to recommend it.  The PC port is clearly unoptimized from the Vita build, with issues like having to shoo the cursor off the screen every time you fire up the game, but the adventure of a little girl wearing a big red bow and a bunny backpack going out again and again into a haunted town is instantly engaging, hooking the player completely within the first couple of minutes. The variety of weird Japanese ghosts makes for a fantastically unique cast of threats and there are even plenty of harmless jump-scares just to keep you on your toes.  While a bit rough and unpolished, Yomawari: Night Alone is a wonderfully spooky adventure that succeeds on pure heart.