Nobody can deny the long-lasting influence of River City Ransom. Extremely far ahead of its time, this NES classic melded arcade beat ’em ups like Double Dragon with a deep RPG system that allowed for an incredible amount of customization. It was possible to finish the title with any number of character builds. The streets of River City were as colorful as the enemies themselves. Drawing inspiration from The Warriors led to different gang types, and each member went down in a satisfying fashion. (“Barf”) We’re not talking about that here, nor are we discussing the numerous series spin offs that were spawned, like Super Dodge Ball (the title of this very piece should have explained as much). No, because of the recent release of River City: Toyko Rumble, it seemed pertinent to explore where the franchise, collectively known as “Kunio-Kun” got its start, Taito’s Renegade. Also known as Oh Yeah, That Exists, it’s one of those titles that famously, well, kind of sucks. That seems like it couldn’t be true, considering what the Taito title inspired, so with anticipation residing in the gutter, it’s time to dig in. 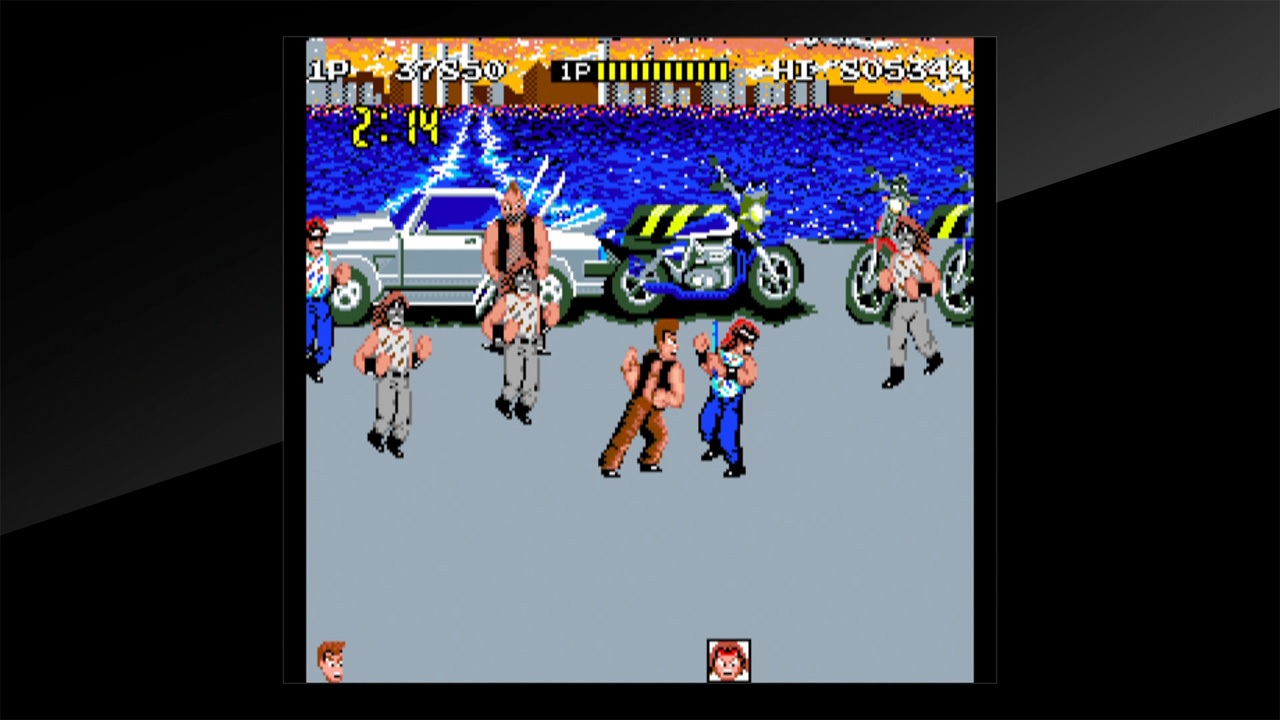 The game centers around Kunio, a man on the edge, to use an 80’s advertising parlance. His girlfriend was kidnapped by a gang of ne’er-do-wells, and the only way to put things right is through ample use of his fists. For those looking for more of a plot, remember: this was the ’80s and this was for arcades. The fact that this much was given is an accomplishment in and of itself. Admittedly, the abdominal massage Marion experienced at the beginning of Double Dragon expounded on the idea. Still, the idea that a gang needs fisting (note to editor: Shhh. It’ll be okay) was all that a child with a fistful of quarters and a bloodstream full of Nintendo Breakfast System brand cereal needed.

Combat is broken down into discrete combat arenas as opposed to flowing stages. These arenas are populated with a number of punks that need to be punched in the head. Once enough of these cretins are knocked down, the boss makes an appearance, leaving the background to take matters into his own hands. 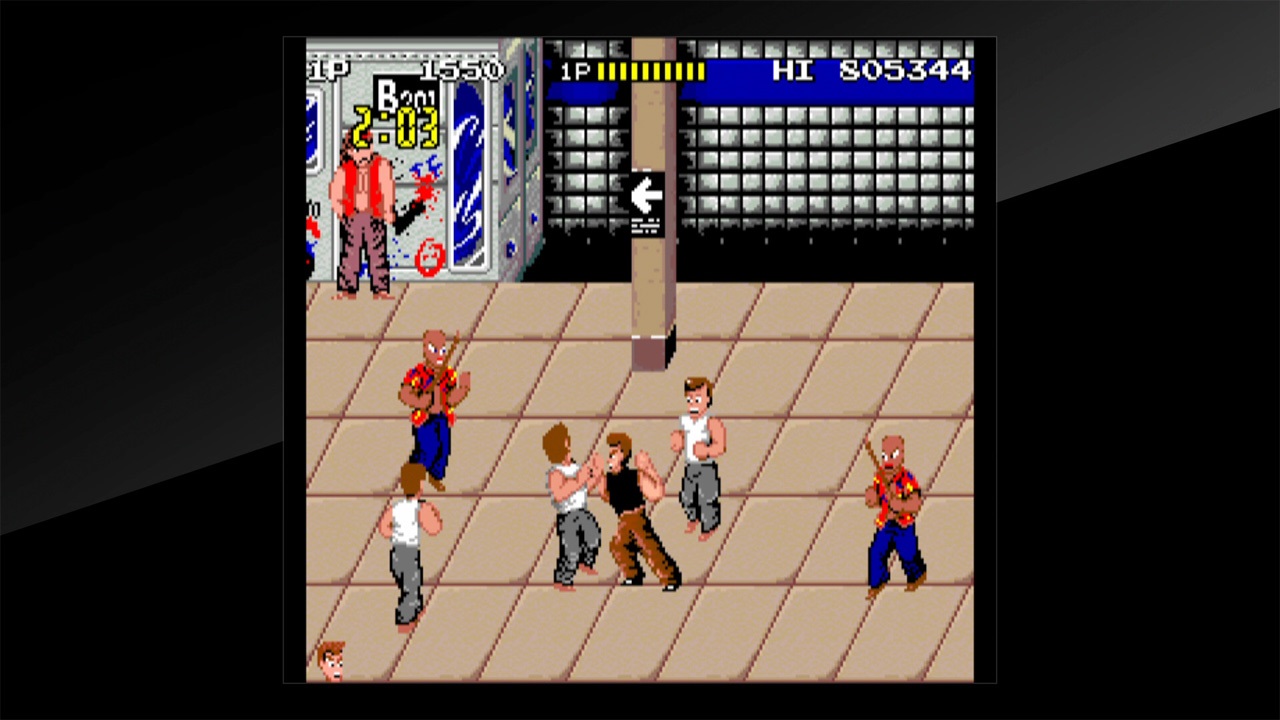 While simple, and understandably so considering its age, the issue with the fighting isn’t how the levels are laid out. Instead, the problems that plague this game lies in the actual fighting mechanics. Put succinctly, the word “clunky” was created for the sole purpose of describing the feel of the brawl here, and no amount of people who specialize in the history of linguistics can argue otherwise, believe me.

On its face, the fighting isn’t designed badly. The stick controls Kunio, with one button to strike left, another to strike right, and a jump button. This is similar to Double Dragon II: The Revenge, which makes sense. The Double Dragon sequel was originally meant to be a Kunio game. There seems to be a slight delay in the input, as though the information that button has been pressed is conveyed to the game through a complicated Rube Goldberg device. This leaves the player with little recourse but to take the Simpson children’s method of combat. (“I’m going to do this with my arms. If you get hit, it’s your fault.”) Sometimes, the player is lucky enough to score a hit on a stupid enemy doing this. Most of the time, the street punk will land a hit anyways. Cheap shots abound, and it never seems to feel like the player could do too much to avoid it. The issues with the controls are amplified when it comes to time to jump kick motorcycle riding jerks at the beginning of stage two. Good luck with that, anyone who tries. 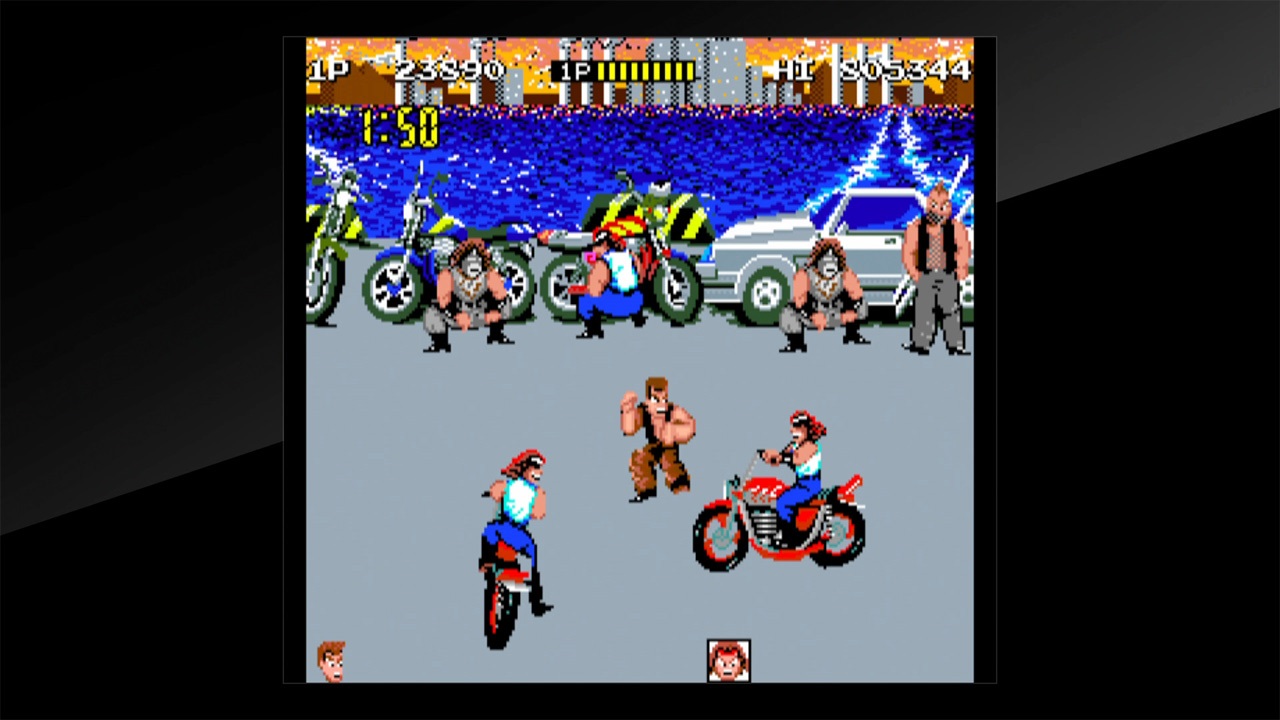 With terrible controls, playing Renegade for any reason beyond historical reason is a fool’s task. Even expecting the game to not reach the glorious levels of other Kunio titles doesn’t quite prepare one for the task of subjecting one’s self to the frustration present in this title. Thus, if a machine can be found in the wild, drop a quarter in for the sake of knowledge. Then walk away.