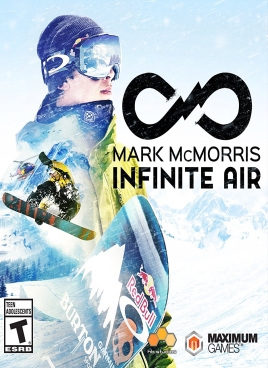 Extreme sports games were all the rage fifteen years ago, despite earlier attempts trying to make them big and later attempts trying to rekindle the fire. The Tony Hawk series spearheaded their dominance in gaming, while games like Cool Boarders and Amped failed to gain traction. The former was just a bit too limited, while the latter was an outstanding Xbox-only series that gained critical acclaim even if it never achieved top-level sales. SSX‘s reboot did a little bit of both and managed to strike the best balance so far between being accessible while also featuring a huge challenge for those seeking thrills with its Deadly Descents missions. Infinite Air goes for a more simulation-based approach that tries to balance everything and winds up falling a bit short in some areas.

Infinite Air focuses on the physics behind snowboarding — so every aspect of your momentum and things like the angle of the ramp you’re jumping off of make a huge difference. Hunching down lets you charge things up — but it can also lead to you burning out a bit and hurting your jumps. Much like Skate, you can’t just approach the game with a trick-heavy mindset and expect to do excel. To even do reasonably well to finish the basic tutorials, you need to grasp the core mechanics and then put things together so that you wind up painting something that at least resembles what it should be — it’s not going to be a masterpiece, but it’s a start.

IA doesn’t throw you into the deep end, but instead eases you into the fundamentals so that you’ll know if everything goes awry, you will always be able to at least either land properly or fail spectacularly. It’s an easy game to learn the basics of, but a hard one to truly master. In that sense, it bears a striking similarity to Skate — but it’s far more user-friendly than that was. The Skate games didn’t ease you in nearly as well as Infinite Air, and were far less forgiving. You’ll go through quite a bit of trial and error here as well — but it’s more forgiving since you can just get up and try against instead of having to restart from the beginning. The control setup is somewhat logical, but you do have to wrap your mind around things to make them work. 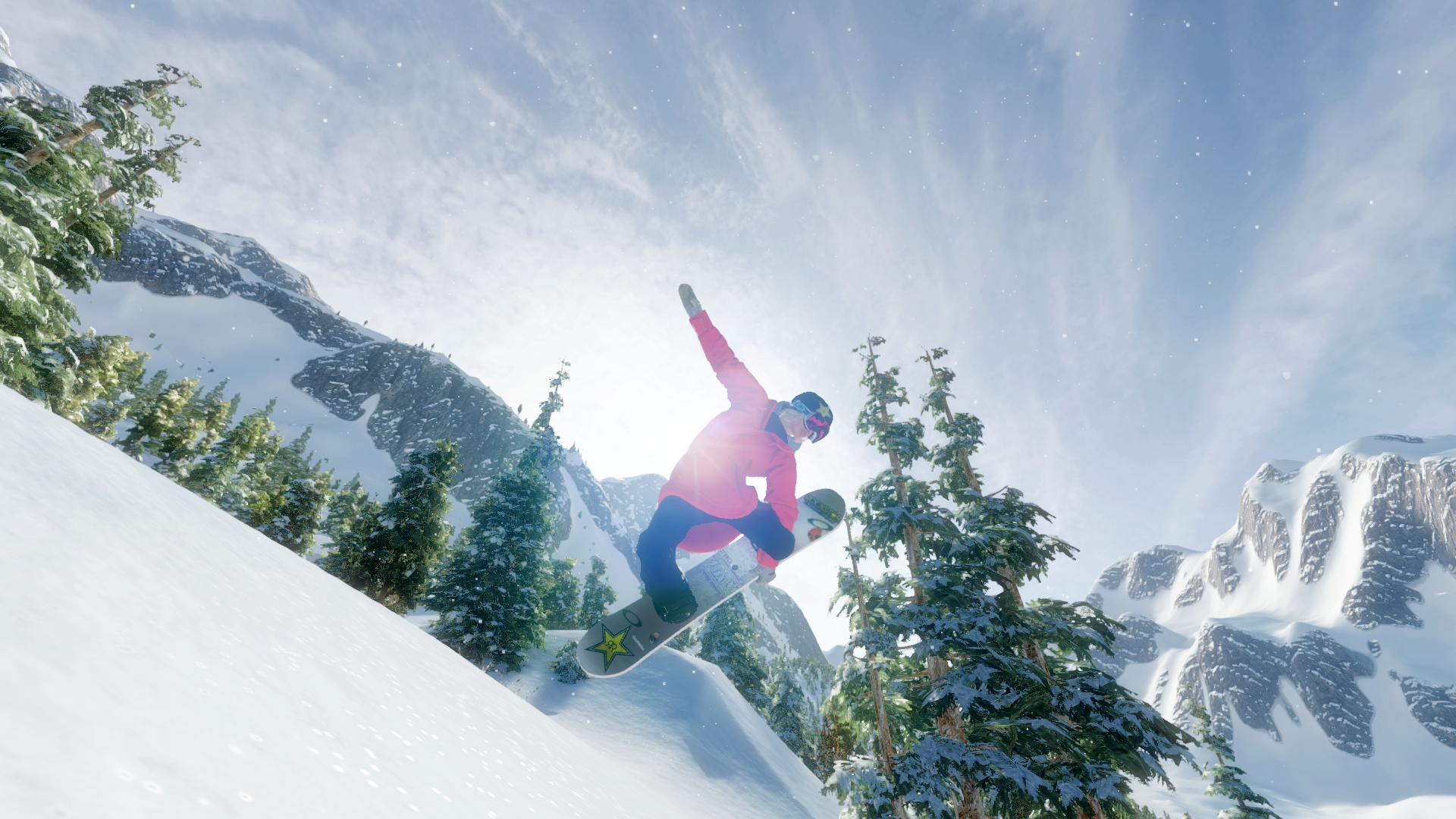 Jumping requires you to hold the triggers down, while turning in mid-air requires a variety of different stick movements while doing that. The sim-style physics mean that you can’t just take a leap of faith and hope for the best in mid-air. You need to carefully adjust yourself in mid-flight to make sure you land well. You’ll fail until you succeed — but you’ll learn eventually. It still takes at least a couple of hours to get used to everything though — so players lacking patience should definitely look elsewhere. Fortunately, there are non-gameplay hooks that might work as gateways for those who get frustrated with a tough learning curve.

Infinite Air‘s course creation tool gives you drag and drop-level tools to craft something. It’s a bit more free-form than the main game, which gives you rigid goals to hit. With the creation suite, you can put anything you want anywhere you want it — so if you want to craft something crazy, just do it. It’s fun to create things just to see what will happen — so if you want to create a series of nearly-impossible jumps, then go right ahead. You can also try out other players’ maps — which gives you a solid blend of ways to both learn and also figure out new, insane setups. 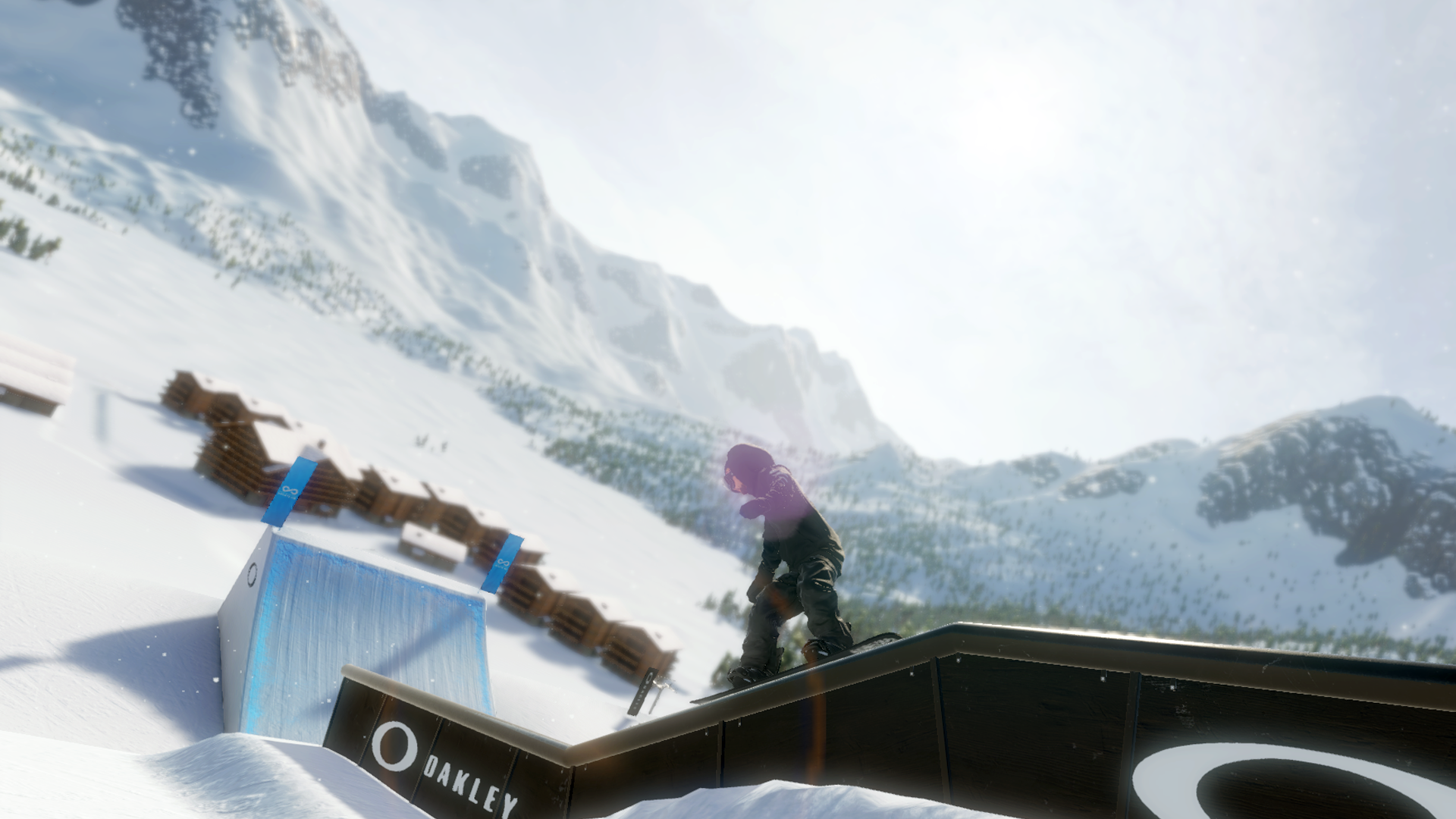 Visually, Infinite Air is a tale of two cities. You have a game that features some of the smoothest-looking trick animations yet, along with slick transitions. Everything looks quite natural until stuff just kind of falls apart in small ways. Hands and arms will stutter and move in an unnatural manner during some transitions. It definitely takes you out of the game for a bit, as does the appearance of snow as being something your character will just fall through rather than organically interact with. Still, the world itself looks good and there’s never any slowdown — but there’s definitely a lack of life and activity trackside. You can tell that there was a lot of effort put into the graphics, but things don’t quite congeal into a perfect mass visually.

Thankfully, Infinite Air‘s sound design fares quite a bit better. The soundtrack doesn’t stick with you, but it does feature some solid rock. The best aspects of the sign are the sound effects themselves. Flying through the air sounds amazing when you hear the air whipping by you, and then crashing sounds absolutely vile. Grinds are satisfying as well and you can practically feel scratches build up on the board as you ride along various surfaces. It’s a shame the music is so lackluster, because it’s clear that effort was put into other aspects of the audio. Fortunately, the benefits far outweigh negatives in this regard.

Mark McMorris Infinite Air delivers a tough, but still highly-enjoyable snowboarding game. It doesn’t quite strike a perfect balance between simulation and arcade-like accessibility, though. Its steep learning curve takes a bit of getting used to, but the journey to learning the mechanics is well worth the effort. It’s a satisfying, but flawed game that feels a bit like a rough draft visually. The soundtrack could also use some work, but the sound design is quite good and really gets across how nasty some of the landings are. It’s a solid pickup for those who love snowboarding and simulation-based games, but isn’t a great buy for those looking for some casual snowboarding fun.