Halloween is upon us, and as movie buffs prepare Nightmare on Elm Street and Friday the 13th marathons, gamers are left pondering just what to play. Sure, the Silent Hill and Resident Evil series are satisfying go-to games – but there are more options available now and all-new ways to be terrified in a game. While the PlayStation VR is new, it’s already showing its potential as a means to scare the daylights out of players. The Resident Evil VII demo “The Kitchen” does this better than anything so far. The playable demo of RE VII alone was nerve-racking, and while The Kitchen is a smaller portion of the in-game world than even that was, it’s far scarier.

Having the headset on and then headphones on over it already leads to a sense of sensory deprivation as it is – this feeling intensifies when you start off handcuffed to a chair and then look around. You move and squirm and your avatar does the same, but you’re each seeing the same thing – a huddled mass in the corner. You know something in there is out to kill and then you’re spotted by the man who was thankfully just knocked out. He tries to cut your binds, but gets knifed to death by a crazy woman. Her cackles fill your ears and when you spot her, bloodshed isn’t far behind. Your ally is murdered brutally and then the demo ends with her bloody visage right in front of you brandishing a blood-soaked knife. It’s the stuff of nightmares, and something that is perfect to play to get into the Halloween spirit. 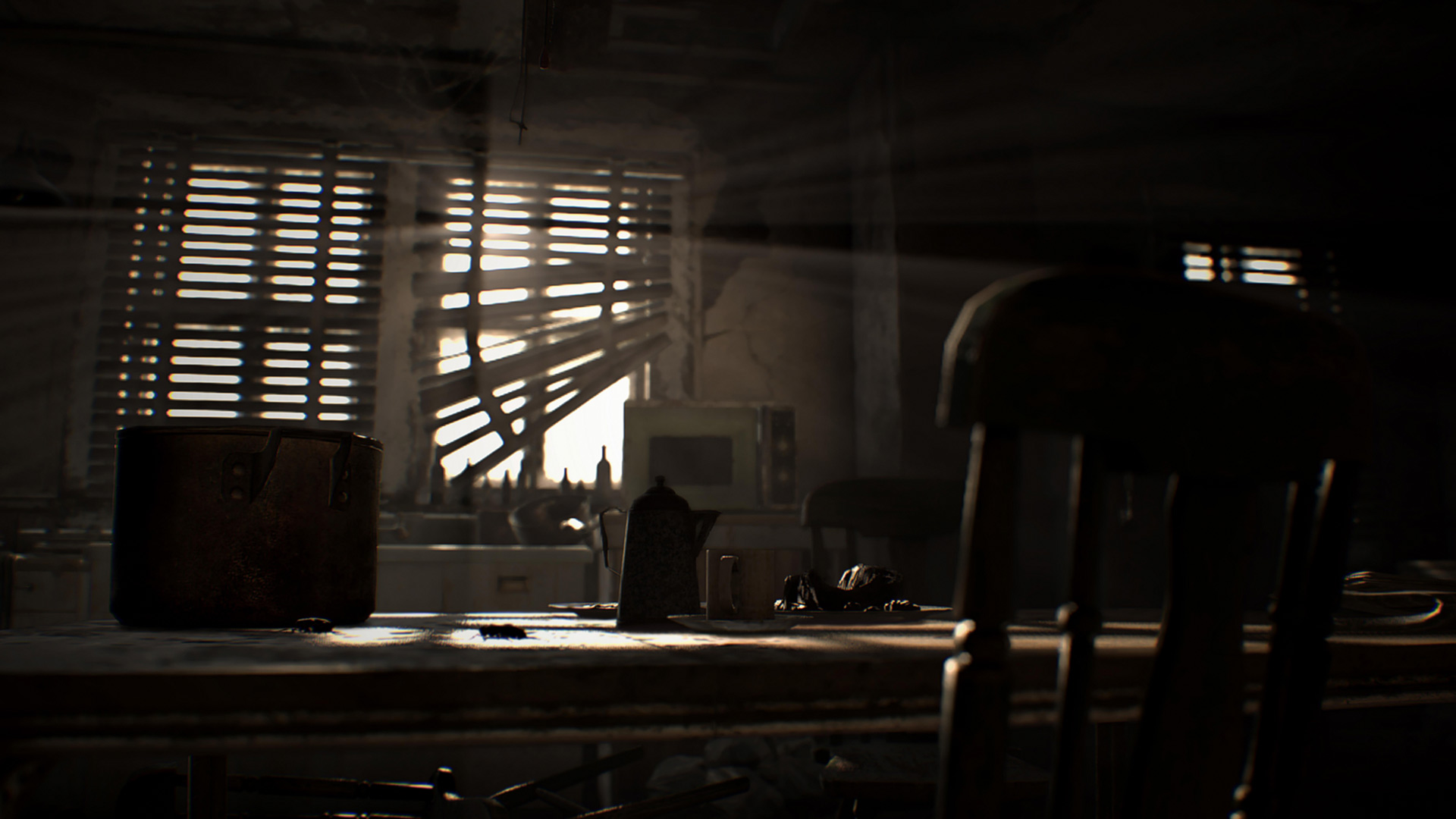 Until Dawn: Rush of Blood is the most action-packed game for PSVR-owning horror fans. It’s not only a dual-wielding game that is perfect for Move controller owners, but it’s also a light gun game that brings back more than a few House of the Dead memories. Hopefully, we get some kind of remake for that series on the PS4 with VR functionality because Rush of Blood shows that there is a lot of potential for this concept to excel. Rush of Blood starts off terrifying with a woman crying creepily and then a crazy thing just jumps out of nowhere at you. The jumps cares continue as the blood-dripping title screen leads into a carnival full of decaying and sliced-up pig corpses.

What’s worse is they’re still howling in agony, and then you get enemies flying at you from all directions. No matter where you physically turn, you’ll have some kind of horrific sight to either see or be in fear of seeing and it’s exciting. The motion controls work like a dream and add a layer of realism to going through a rollercoaster ride/haunted house-style attraction – but with guns! Like any light gun game, you can upgrade your weapons by carefully shooting their on-screen icons too – allowing you to deal out more damage in far less time. Rush of Blood is a limited concept, but one that works perfectly for VR and is greatly-enhanced by the Move controllers. You can use just the Dual Shock 4 if you need to – but the experience is a bit less immersive as a result of not having the 1:1 hand and gun movement with your character. 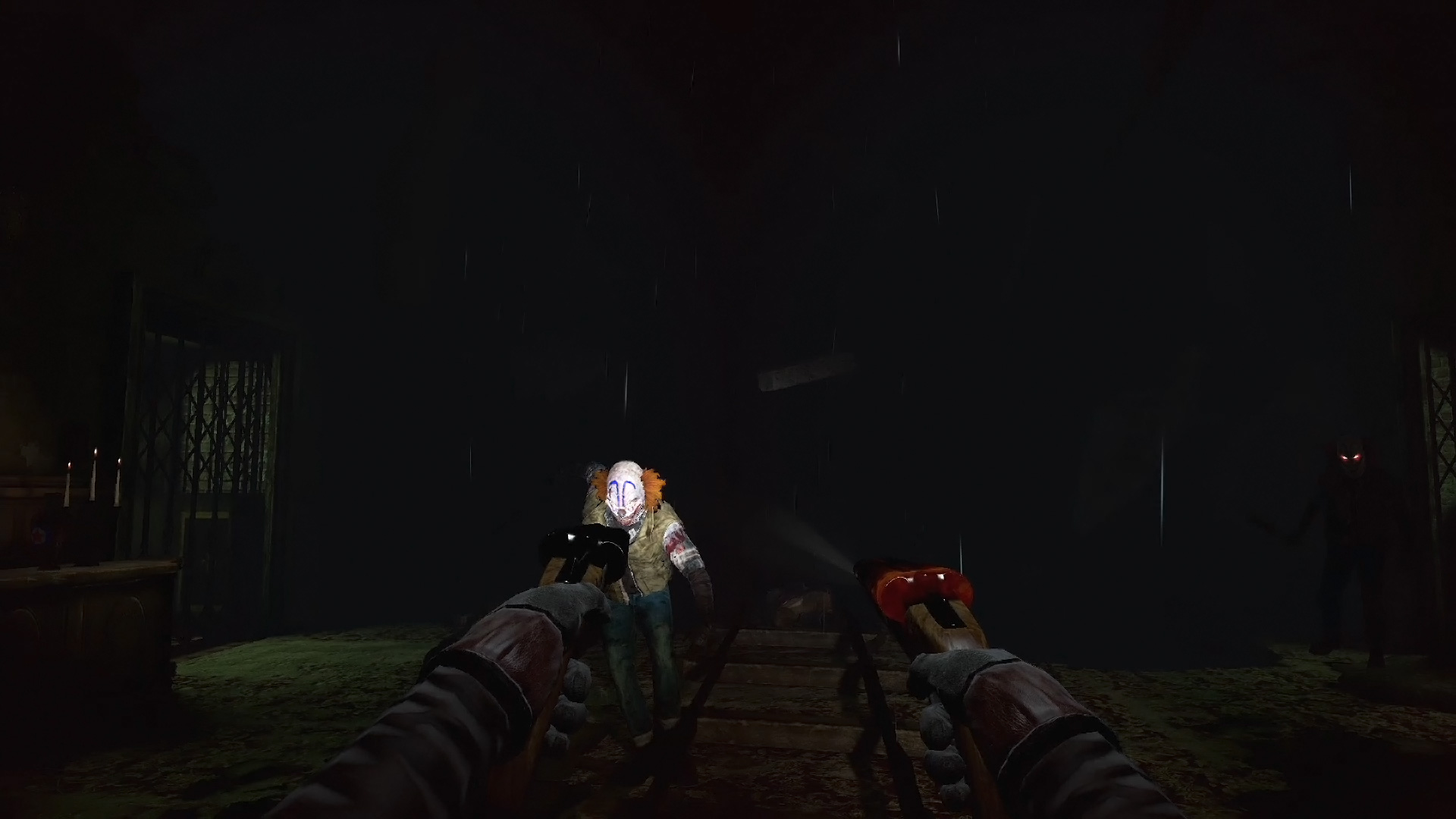 Weeping Doll is the strangest horror-themed game we’ll be looking at. You’re a maid examining the murder of a household that is quite troubled – with one daughter “deformed” with a birthmark and treated like an also-ran, while the beloved daughter was spoiled and the parents clearly chose one over the other. It’s a fairly dark concept and one that is ripe for a horror game. The exploration aspect of things should naturally be a bit terrifying – and in theory they are. Unfortunately, the controls are easily the worst of any VR game we’ve tried out yet. Despite this being a point and click adventure-style game in some ways since you’re just moving and interacting with things, it doesn’t support the Move controllers!

This is baffling and results in the Dual Shock 4 having to do way too much in weird ways. Just moving the camera around can be a pain in the butt and grabbing items is far too cumbersome. The setting itself is quite creepy as you hear a lot of things going on around you, but the graphics themselves are so muddy and low-resolution that it’s impossible to be scared by what you see. With Weeping Doll, the fear definitely comes from the unknown because seeing it winds up being a bit underwhelming and largely unsatisfying – even if some of the puzzles are fun to solve and the game’s traditional menu setup works really well just by staring at things in your inventory. 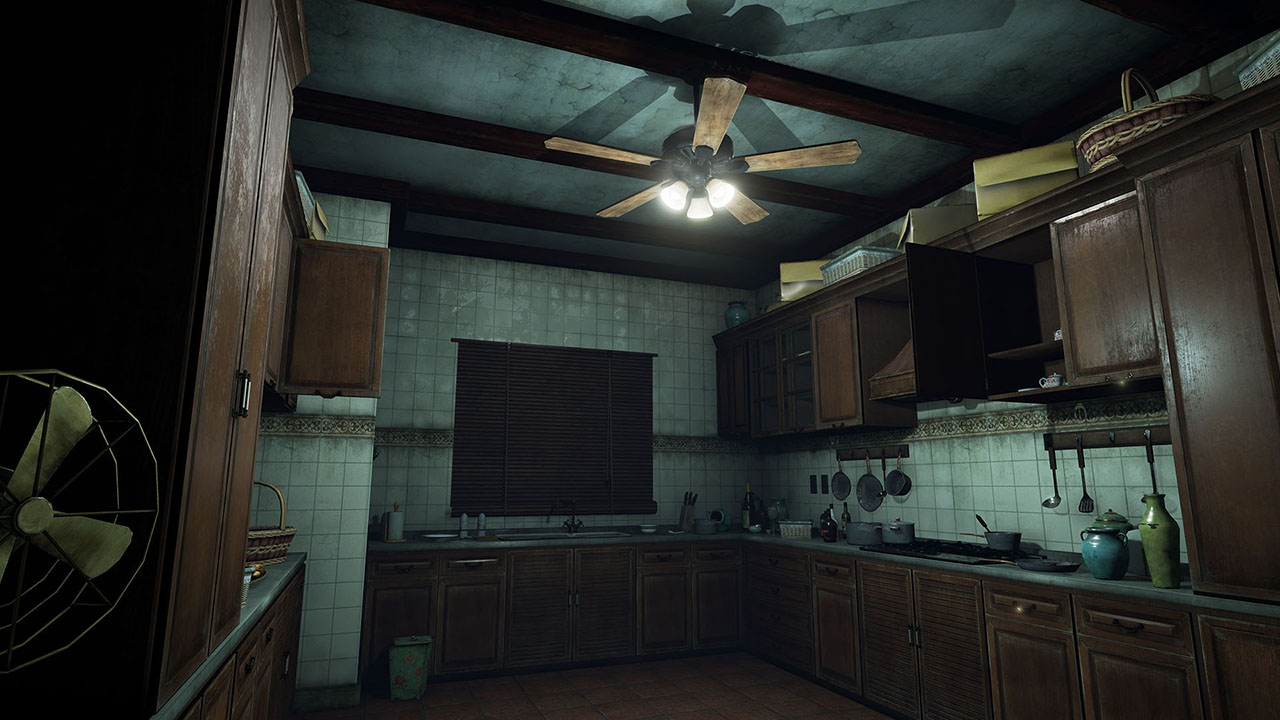 The recent Humble Capcom PSN Bundle was a great way to stock up on PS4 horror games – and they all benefit from VR. Just using the headset during a regular game is akin to having your own private viewing screen for the action. This means that while you aren’t quite 1:1 in the world with your movements, you do still gain a level of immersion that can’t be matched elsewhere. Resident Evil 1, 4, 5, and 6 are all playable on the PS4 and those lucky enough to still have P.T. should be in for quite the scare. When you have headphones in and the lights turned down, you’re completely enveloped in the world. With RE 4, this setup makes the early jump scares and action come alive that much more. With P.T., you’re going to be absolutely terrified the second you walk down the hall, or start seeing coded messages on the screen. When the baby starts crying – just forget about. You’ll lose your mind.

VR adds so many additional layers of terror to every horror experience on the PS4 that it is a must for anyone who wants more immersive horror experiences on their console. Whether you’re playing something optimized for the device or not, you’ll benefit from it. Instead of a horror game just scaring you because of what you see, you can get more out of it because of first-person views that accurately replicate a first-person view we would have. It’s horrifying, but exciting to see just what the future holds for horror games in VR. With just the small amount of Resident Evil VII that we can play in VR, it’s clear that only those with nerves of steel will be able to get through the entire game in VR — but it will be an experience no other horror game can hope to replicate. While it’s a shame it’s not out for Halloween, there are still some excellent ways to terrify yourself if you’re a PSVR owner.