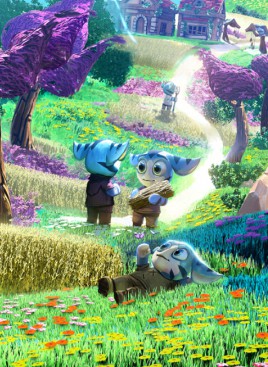 When it comes to virtual reality, there are certain game types which seem like they would fit perfectly with the technology. For example, just imagine playing a god game where you can truly look down upon all your minions, picking up and moving them as you see fit. Or what about a real time strategy title where you can easily manipulate troops and keep total control of the battlefield? Developer Secret Sorcery must have been having these same thoughts as their debut game on PSVR, Tethered, brings strategy gameplay to the headset. Don’t expect something akin to Age of Empires or Civilization, though. Instead it’s a much simpler — not to mention cuter — take on the genre.

In Tethered, players assume the role of a Spirit Guardian. This figure is basically a god within the world and looks down over floating islands. The role of a Spirit Guardian is simple. They must restore life to these landmasses perched throughout the sky. It all begins by dropping a few eggs which promptly hatch into Peeps. Peeps are adorable little creatures with a knack for hard labor. Basically right after they’re born you can assign them a task to perform. The manual labor includes tasks such as picking food, harvesting crops, chopping down trees, or mining for ore. These tasks are necessary for filling up resources that are then turned into new buildings and upgrades.

With enough wood stockpiled you’ll be able to create your first building, and then go from there. Different buildings provide unique benefits to the Peeps in part by unlocking roles for them. Roles allow Peeps to specialize in different ways. Most of these are related to improving the yield of collecting resources. Then there is the Hero role, which turns Peeps into stronger, armor-wearing versions of themselves. Why might you need Heroes in order to continuously collect resources? Well, Tethered also takes a bit of inspiration from Minecraft’s “survive the night” concept. When evening comes so too do monsters. They slink in from the edges of the island and attack any Peep in their path. Although regular Peeps can and will fight back, they’re more vulnerable than Heroes. That’s why it’s best to let those specialized Heroes take care of baddies whenever possible. If a Peep’s health gets low, you can always send them to a tavern to heal up. 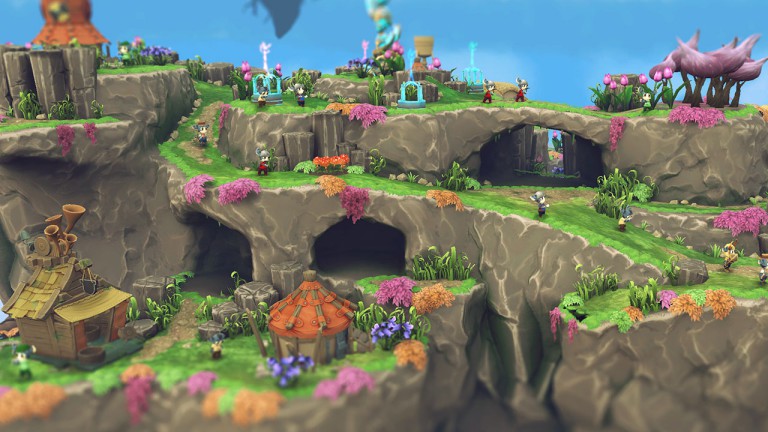 There’s an annoying component to tying Peep roles to specific buildings. Without the freedom to create as many buildings of certain types that you wish (each level is only so large), you’re left without the ability to create tons of Heroes, for example. Defending and building up your island is only important up until the point you get enough points as well. After that, it’s time to move on to the next level and do it all over again. Each level increases in size, which allows a deeper level of strategizing than on earlier stages. Still, the relatively small scale when compared to other strategy titles does feel restrictive. The small scope makes each stage easier to navigate within VR, at least. A player can generally see most of the level from their vantage point and can get different views by clicking and warping to another predesignated position.

Tethered might be simple when compared to other strategy titles, but that simplicity is not a bad thing. Playing to survive one more night or until the next Peep drop becomes almost addictive. However, this continuous playability is dampened by being in virtual reality. I could absolutely see this becoming a mobile app players obsessively return to multiple times a day to check on and give their Peeps new tasks. However, in its implementation as a PSVR title, most players will likely only play for an hour at most before quitting for the day. Looking around in VR isn’t exactly strenuous, but it does get a little tiresome after doing it repeatedly with a decently weighty headset strapped snugly to your face. 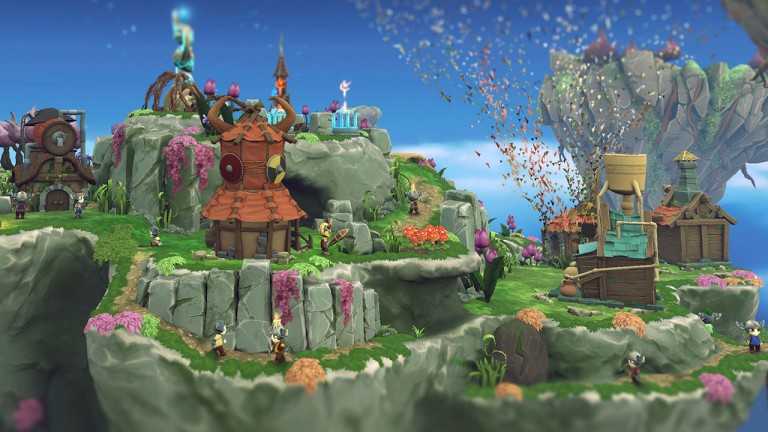 The cute, colorful world of Tethered is quite inviting for players even if they’re new to strategy games. With its easy to understand mechanics and control scheme, many might find themselves drawn in more than they expect. Hardcore strategy fans, on the other hand, will almost certainly be put off by the restricted feeling of the experience. Tethered seems like the kind of game players could get obsessed with playing for hours on end, but virtual reality headset-wearing often makes marathon gaming sessions tougher to manage. Keep an eye out in case Secret Sorcery ever decides to bring Tethered to PC or non-VR platforms, as it would probably be even more enjoyable for those platforms.