Without any kind of hyperbole, I can say that Twisted Fusion is one of the worst games I’ve ever played. Twisted Fusion is a Metroidvania-like game being set in a large interconnected world that you advance by gaining new abilities with shooting and jumping being your main tools throughout the game. The game also has some light RPG elements as well with a simplistic leveling up system. The premise is that you are three girls named Erika, Misha and Cora that get transported to another world filled with monsters with only some water guns to defend yourself, but the monsters in this world just so happen to be vulnerable to water.

The gameplay is solid, but there are a lot technical issues. Firstly, when starting a new game or continuing a saved file, the game asks if you would like for your main screen to be your television or the Wii U GamePad and the television option should never be picked. The game’s art is already amateurish with a generic anime art style for the game’s characters that needs proper shading to give some visual depth and the backgrounds do not look much better. When it comes to playing on the television the image is distorted and the frame rate becomes choppy and makes it near unplayable. Apart from that the game also takes a while to load when booting up making the task to finish it just more annoying. 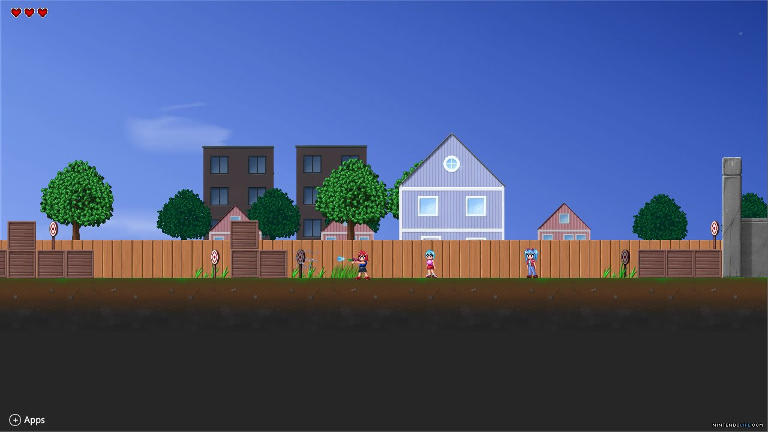 The game’s opening tutorial teaches you how to shoot and jump.

Twisted Fusion also suffers from collision problems. Sometimes attacks go through enemies and against some enemies there is no visual hit detection to reflect that you’re taking damage which caused me to question a couple of times why I received a game over. The standard jump is functional, but it is rather floaty. On top of this, enemies respawn way too quickly on the maps. After defeating one and just scrolling slightly off screen and then going back to the same spot, the same enemies have already spawned. 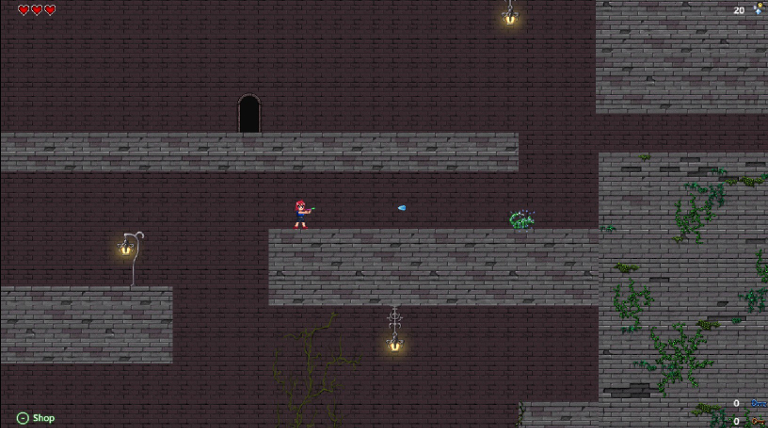 On the plus side of things, Twisted Fusion has some neat ideas. There’s a smartphone app-like menu that tracks the real world in-game time, gives access to fast travel around the world map, switch characters, and buy abilities and costumes. You can also take up quests in the game and they’re tracked in the task app. When accepting a quest on the map, the game doesn’t give much indication that you’ve accepted one, so you will have to check your tasks to confirm it and for some reason when you’ve already accepted a task and you go back to the character that gives the quest to you the game allows you to accept it again as if you dropped it or never accepted it to begin with. It’s just a shame that these parts weren’t integrated into a better game.

Twisted Fusion becomes an utterly underwhelming game that feels like an unfinished product. Twisted Fusion goes for only $4.99 on the Wii eShop, but even at that small price, it can’t be recommend to anyone.