It’s hard to deny that The Hobbit movies were a bloated cash-grab that should have been trimmed down by a bare minimum of three hours, but one of the joys of pinball is that the game can easily exceed its license.  Jersey Jack hit the pinball world a few years ago with its Wizard of Oz table, instantly getting critical acclaim from fans not just for the excellent table design but the tech found in the machine, and while it’s tough to top Wizard of Oz in the movie department it was easily a table that was worthy of its license.  The Hobbit brought those same production values and design skills to the second Middle Earth movie trilogy earlier this year and now it’s got not just the Limited Edition with gold trim but a super-swanky Black Arrow version as well.

Like The Wizard of Oz before it, The Hobbit is a widebody table with an HD monitor embedded in the backglass, letting it run clips from the movie and unique animations as the player earns them during gameplay.  The table is loaded with detail, including two laser-cut metal ramps that intersect, passing by an animated light-up Smaug head.  The Black Arrow Edition is themed after the Smaug-killing weapon, and not only does it come with black metal trim and flippers but black pinballs as well.  One may even ask how black, and the only answer would be none.  None more black. 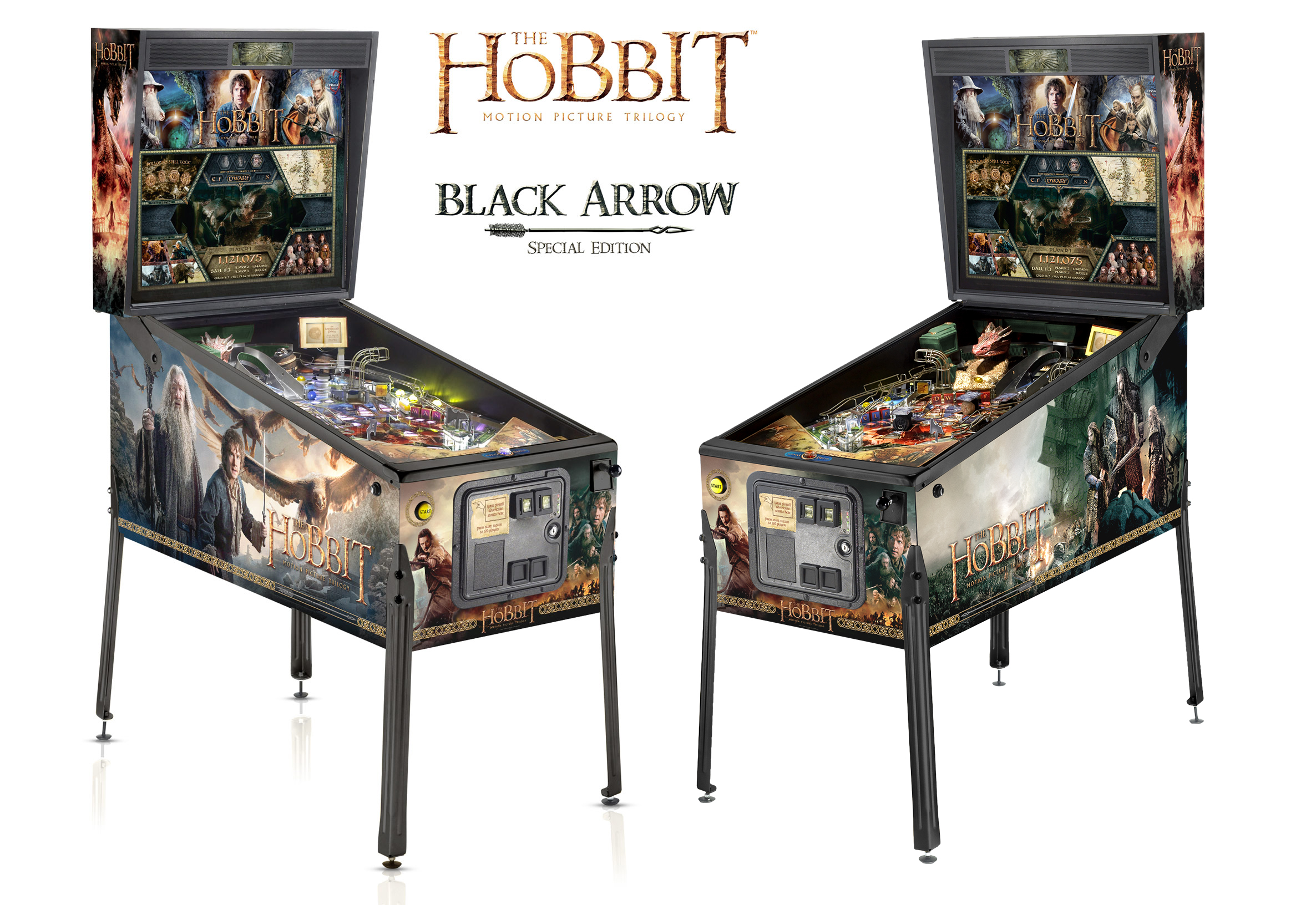 The Hobbit is available now at a mere $8,000, and its Limited and Black Arrow editions are only a bit more at $8500.  It sounds like a lot but the standard version of an average table is $6,000 and these are easily the equivalent of a Stern Pro, which have extra features, gameplay elements, and higher-quality table toys, running in the $7500 range.  Put in perspective it’s a reasonable price, but for those of us of more modest means, we can only hope that a local place that knows how to take good care of a table brightens up its floor with a shiny new pinball.