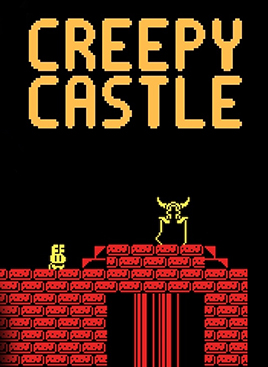 It takes a special kind of willingness not to immediately discard the deliberate restriction of aspect ratio or starting presets prior to custom tailoring, yet Creepy Castle‘s unashamedly retro infrastructure is one that, ironically, fits right at home with the era of games it’s so keenly trying to replicate. More so, the cultural era it’s now a part of (intended or not) of home computer-based, pop-up windowed games that may or may not be running through certain emulated means. Whether developers Dopterra even considered this potential similarity from a pure cosmetic stance or not — and the fact playing through their 8-bit Metroidvania-lite/RPG feels at times like skimming the legal line between third-party emulation or not — but for all the lack of wide-screen fidelity, not to mention the limited array of options at one’s fingers, there’s something undeniably charming as much effective with the way Dopterra go about (in their own way) as contemporary creators looking to the past, in order to [hopefully] inspire the future.

It’s a future already carved out thanks to fellow Kickstarter-originating indie joys like Shovel Knight & Undertale. Two games in the last five years that have transformed — in their own unique ways — the power and ferocity smaller-budget projects can aspire and, like Creepy Castle, borrow from the past without merely copy-pasting. It goes without saying that Dopterra’s latest will no doubt be compared to these two games; the latter more so than the former for the way it attempts that most difficult of matrimonies. Between varied gameplay and a compelling narrative.

To be frank, Metroidvania would perhaps be the third, maybe forth go-to I’d use to define just what makes Creepy Castle an interesting (if flawed) by-product to invest a little time with, as much battle one’s way through. Neither fully-fledged exploration, nor stat-heavy RPG, Creepy Castle instead dabbles in either game philosophy without fully committing to either — making ocassional nods to countless more video game genres along the way. Be it the side-by-side confrontation of enemies a la RTS combat, the dramatic split-screen prior to a duel via fighting games, or simply having its players navigate a series of ever-expanding, pixel-heavy subterranean labyrinths as one of two main characters. Sprinkling in the ocassional internet culture reference along the way, before slavering it all with a great big bright and near eye-bleeding thrust back towards third-generation gaming. Back when the likes of Atari were among the AAA elite and Rare had barely touched anthropomorphic monkeys, bears or squirrels. 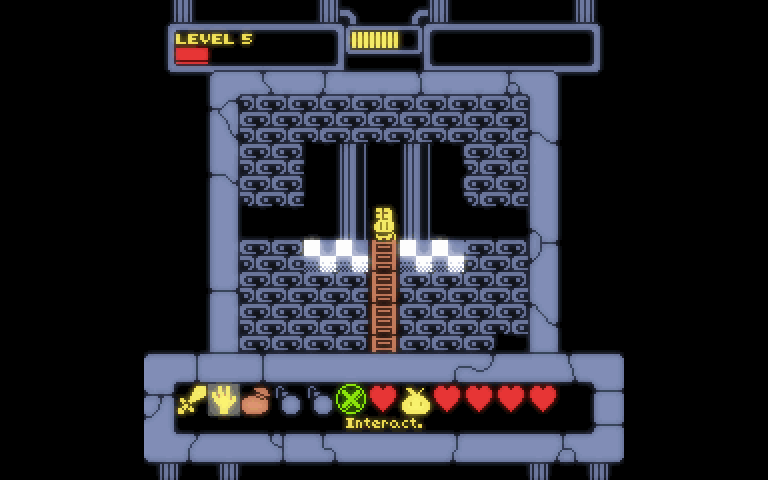 While the game’s intentionally simplistic and less-advanced structure does frustrate with the way maps are so ambiguous (which in itself means you’re likely to get lost in an attempt to retrace steps after acquiring a new item or ability) to the point you’ll likely descend a shaft unable to turn back, it’s a process that at the very least keeps the game from slipping into nostalgic indulgence but maintaining, importantly of all, a desire from the player to keep exploring albeit with a degree of caution. Especially when its anxiety-laden; the need to reach/find the next pivotal save point — much like how people clambered for the next, crucial bonfire in Dark Souls — something which the game does a great job at replicating from an emotionally-reactive stance.

Food items, which serve as the only means to recover lost HP are carefully-placed and scattered about the World at a limited amount. Some of which tucked away behind perilous traps and even other enemies, meaning players will have to consider if the possible reward justifies the risk. There’s no guarantee the item found will even be considerable — not to mention the fact, despite their helpfulness mid-battle, some items will not be food — but it’s a notable addition whilst travelling through each environment to consider.

Best of all, players needn’t sacrifice potential “turns” in battle in order to recover lost health. The horizontal tile-like interface which presides over the entirety of the game allowing you to use items and, as stated, only risk taking damage when you eventually choose the attack or context-sensitive prompt. This interface also serves as the game’s way to switch between abilities when coming across the Metroid-like inaccessible areas of previous. None of these obstructions are blatantly told to the player and the game is better for it, requiring the player once more to deduce for themselves whether backtracking or further exploration is needed. 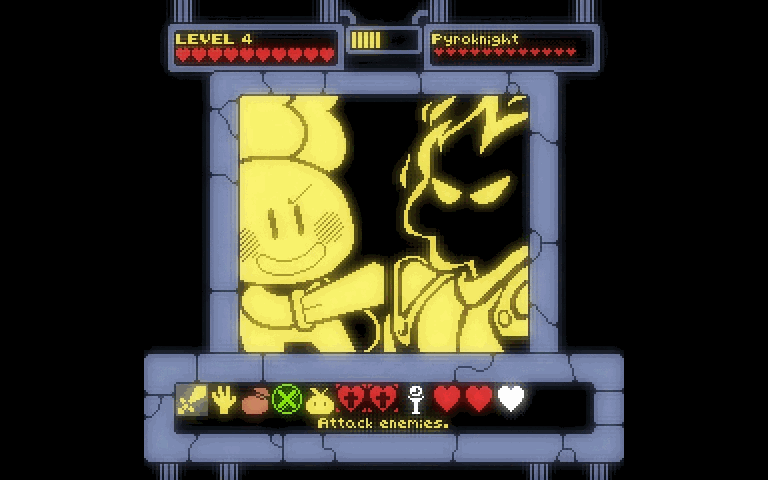 Creepy Castle‘s level design itself, though feels very Metroid-esque with its branching and at times inaccessible routes, most prominently comes across as a by-product of the combat-centric gameplay — enemies lying static post at certain points in the environment and only attacking when provoked. When it comes to the core mechanics of its combat, Creepy Castle, taking pages from Undertale possibly, conveys the classic turn-based system into a Warioware-style series of micro-games requiring players to [naming a few] adapt to an ever-changing parameter of rules. Be it reacting first to a reflex prompt, button-mashing combos or lining up a cursor to parry “attack” icons, succeeding in each of these games causes your opponent to lose a heart of their life meter. Fail — or even simply do “OK” with each game — and you’ll likely take damage yourself.

While these sequences do keep each battle feeling fresh and unpredictable, latter parts of the game don’t offer the same degree of variety offered up in early proceedings. Another gripe lies with the game’s tale it tries conveying. Though the idea of drip-feeding backstory and intel on the situation presently unfolding isn’t inherently a bad practice, the over-abundance (and perhaps over-reliance) on “lore” and having players button-mashing through conversations comes across, ironically, as superficial on the game’s depth. Which, coupled with the lack of any real underlying distinctions between environments — aside from a palette swap and additions of new sprites here and there — tends to leave the World of Creepy Castle relatively lacking compared to its rather inviting combat. 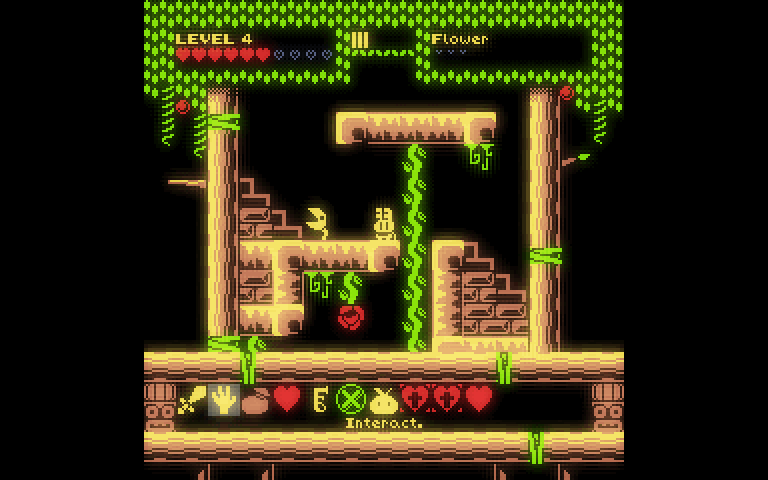 While its world often lacks distinction beyond said notable color changes from environment to environment, there’s enough variance and all-round tension in the combat to make Creepy Castle‘s run-time a surreal but pleasant adventure to take. Best of all, with a spring in the figurative step that is its upbeat 8-bit soundtrack, Dopterra manage to blend old aesthetics with enough contemporary exploration in its all-round structure to make its older-generation vibe feel anything but forcefully reliant. Though not quite matching the Everest-high peak of its contemporaries, Creepy Castle delivers enough charm and quirkiness to leave a satisfying impression. Satisfying enough to look past the aspect ratio, put it that way.