Well, this looks like something that might fuel a few fires in the ever-present Call of Duty vs. Battlefield war.

Today, EB Games sent out an email to Australian members offering a significant trade-in deal for those looking to get rid of Battlefield 1 in favor of Call of Duty: Infinite Warfare. Considering that Battlefield 1 has generally been met with positive reception and the general public feeling Call of Duty is vulnerable this year, this is certainly going to spark some ire among defenders of Activision’s massive franchise. 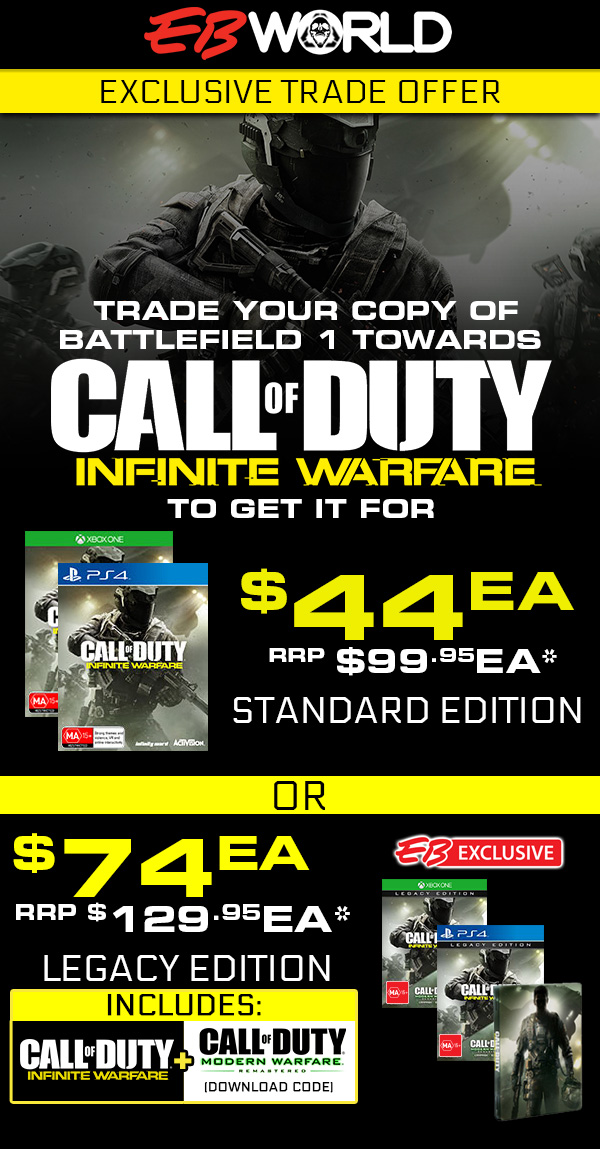 It’s worth noting that reviews for Infinite Warfare are not available yet, so it could very well turn out that Infinite Warfare is the superior title, despite fan reservations. Luckily for all of us, we’ll soon find out if this deal is a good value, as Call of Duty: Infinite Warfare is set to launch on PS4, Xbox One and PC on November 4.