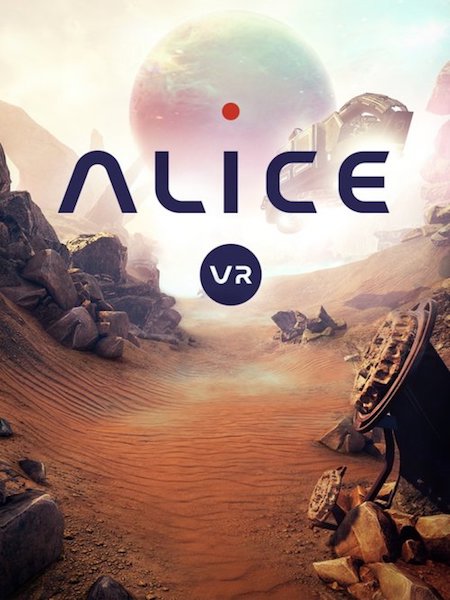 There is a subgenre of games permeating the marketplace that focuses on story and atmosphere. Titles like Gone Home and Firewatch have managed to capture the hearts of the discerning gamer because they package an all encompassing experience. By fostering a sense of connection with people and places, it allows the player to become invested and, hopefully, feel. Some people might dismiss these games as “walking simulators,” which the worst of the genre does earn. For the best of them, though, the moniker is overly reductive. Carbon Studio’s Alice VR can be counted among the best.

Many of the slower paced, exploratory titles of this adventure sub-genre attempt to elicit a specific emotion. From a sense of pending dread to a general emotional malaise, each successful title can hit an effective tone for the player. Alice VR‘s overarching theme is that of wonder. A science fiction retelling of the Lewis Carroll classic, the player takes control of Alice as she awakens on a space ship on the brink of disaster. After performing some light repair work via solving some puzzles, she is shunted off to a nearby planet to recover materials to complete repairs. That is where the game truly comes into its own.

The planet is filled with trippy touches and striking imagery. There’s an adorable robotic companion who pops up from time to time to offer cryptic advice, and tons of interesting environmental details. To give one early example, the player will be driving a moon rover type vehicle across the sandy plains while watching as sharks swim through the skies. Even the dream sequences that focus on solid colors hold an ethereal beauty. People who want to explore a striking new land in a relaxing fashion will be in heaven here. Adding to this are some interesting puzzles. An early one that involved rearranging pieces of a coil to reactivate the ships engine was simple and clever. Traversal puzzles that goof around with gravity are a delight to solve as they force a level of three dimensional thinking that is satisfying to solve. Looking back at a freshly completed maze of magnetic walls just has a way of letting the player feel like an intellectual monster. 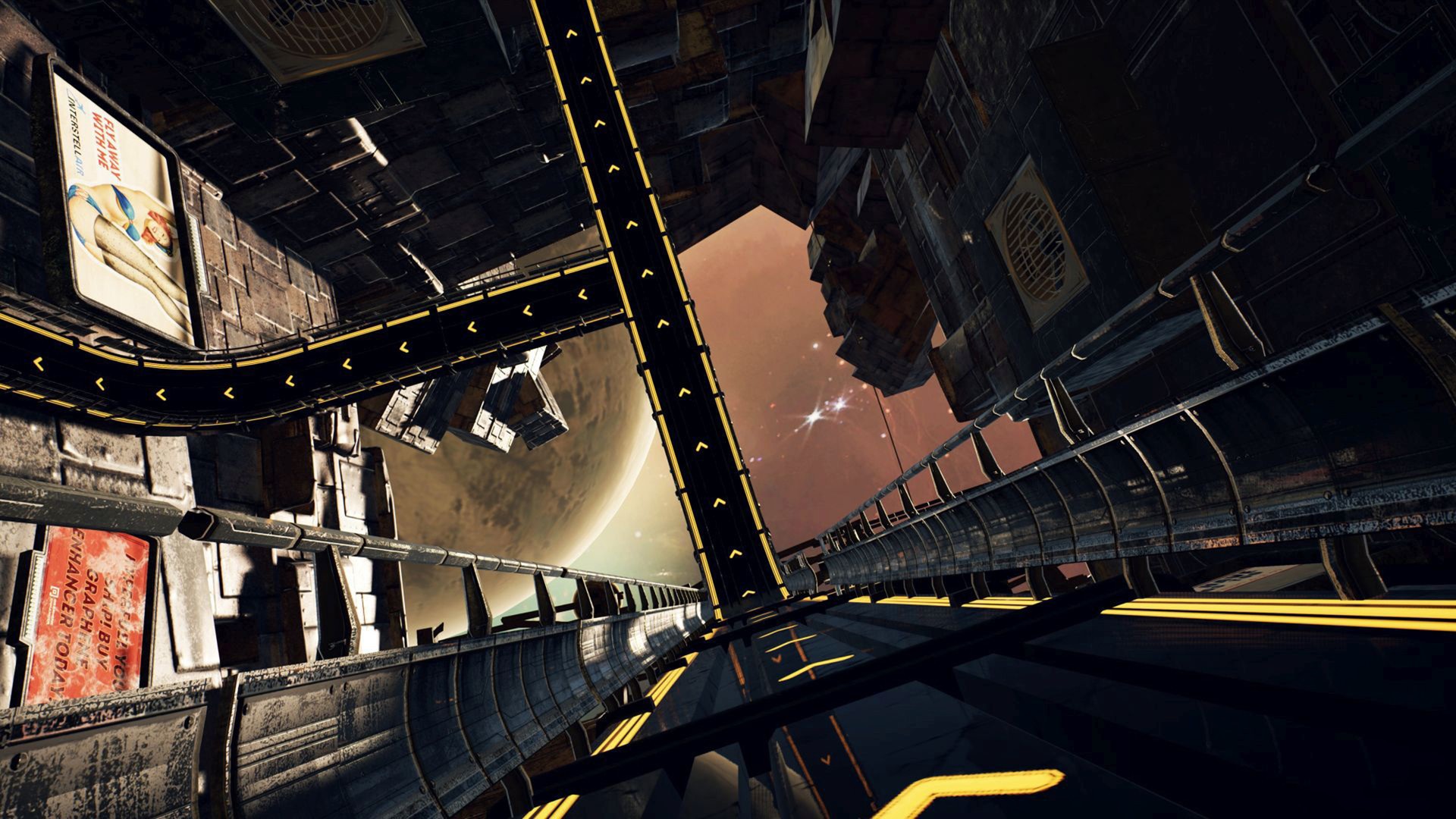 While praising the puzzles, and most are good, it feels unfair not to point out that there are a few duds. Guiding a robot around a floor of mechanical panels might seem like fun on paper, but there is no real indicator as to the correct path. This means that the puzzle becomes a case of trial and error. If the panel turns green when the bot rolls onto it, it was correct. If not, the panel will lower, and the bot has to start at the beginning. There are also lever puzzles like this, where the correct order to switch them is found only through guess work. Again, most are good, which makes the lesser ones appear as stark let downs.

Really, though, this is a game focused on the experience. Part of this experience comes from the technology. While the game can absolutely be played on a regular monitor, is was built for VR, supporting both Oculus and Vive. I went with the Vive option. Using the room scale controllers doesn’t add to the experience much, beyond being able to point and pull a trigger to open a door or flip a switch. Oculus users won’t be missing out.

What is especially interesting is the locomotion system used. There is no teleporting here. Up on the left stick (of Vive pad) moves the player forward. Left or right strafes in that direction. To change direction, the player will need to physically turn. I was nervous at first, fearing that the disconnect would lead to motion induced problems. I still tried to play it standing for a bit, and didn’t find the experience too jarring. After some time, though, I did opt to sit in a rotating chair, for out of concern that I might be feeling some sort of disorientation. Upon reflection, this was probably psychosomatic. Still, choosing to sit allowed me to make believe that I was playing as the first hero ever to save the day while reclining in a Rascal, so that was fun. 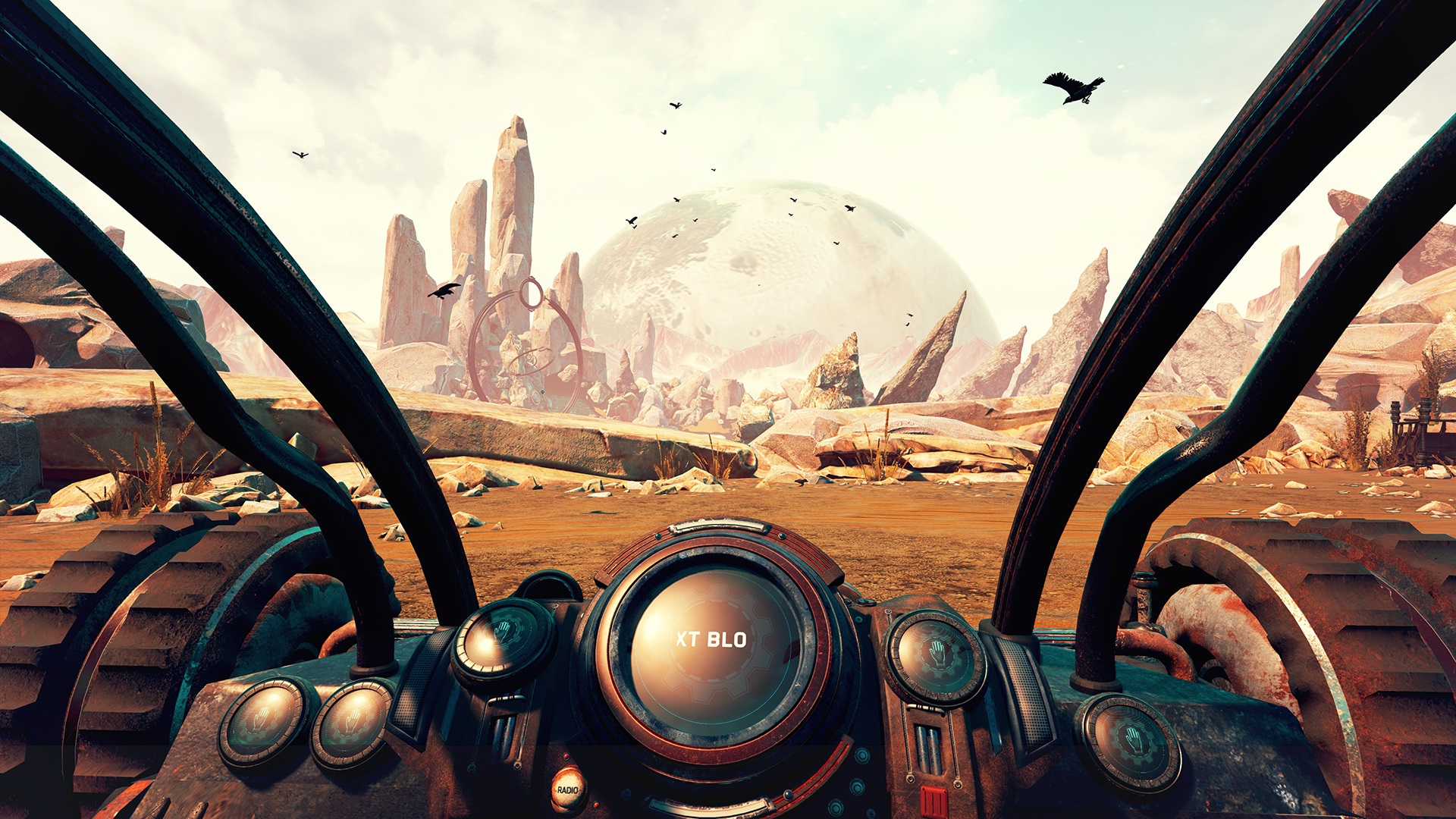 There are players who might feel put off with the idea of a game that doesn’t come packing adrenaline-fueled mayhem nor the ability to come out victorious over an overwhelming swarm of nasty. This is completely reasonable; I would have put myself in the same boat for the longest time. People want different things from a game. It’s a shame, though, because missing out on a captivating experience like Alice VR is not something that can be recommended. It’s not perfect, but this game fills a niche in the VR market with its entrancing environments and fun take on a compulsive literary tale. Alice VR is best experienced with a set of goggles, but it’s a great experience for anyone.