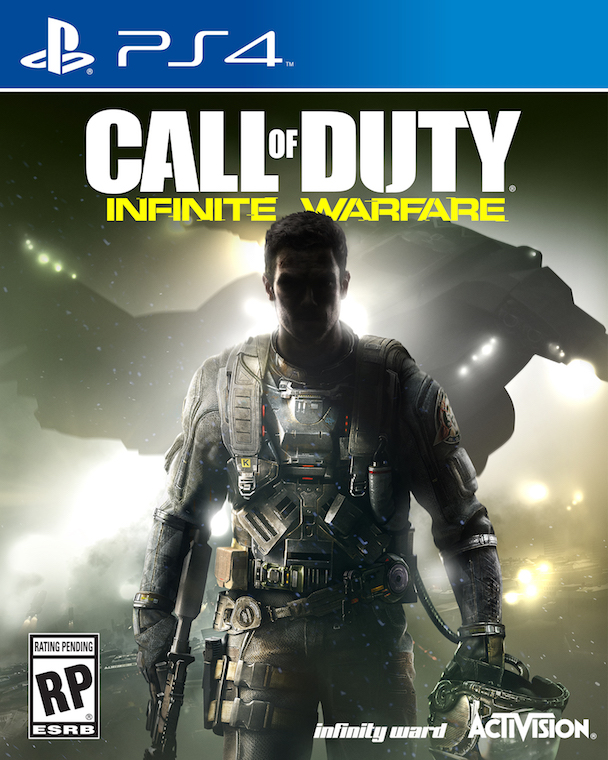 Mob mentality is an interesting thing. Since the dawn of time, peer pressure has played a factor in human beings. If everybody is telling you that something is good or bad, then you tend to believe it is even if you thought otherwise. Recently, however, that notion has seemingly been taken to extremes in the age of social media with 2016 featuring a rash of mass downvoted YouTube trailers. The two most notable instances of this happening this year was with the Ghostbusters remake trailer and the Call of Duty: Infinite Warfare reveal trailer. The former was more understandable as it had a bland trailer full of stale jokes, yet turned out to actually be a worthy flick full of laughs (despite what popular opinion might lead you to believe). The latter, however, had a great trailer that culminated in a space shootout to a cover of David Bowie’s “Space Oddity.” As of writing, that trailer has 34,702,484 views, 547,678 upvotes and 3,332,580 downvotes. It wasn’t because the trailer was bad, but simply because it was a futuristic Call of Duty and the popular opinion was that the series should return to its 20th century roots. Half a year later and Infinite Warfare is now out — and the question is no longer if it can defy its pre-release criticism, but whether or not the 3+ million who downvoted it are ready to dine on a delicious helping of crow.

Infinite Warfare takes place the furthest in the future the series has gone and features a plot more grounded in science fiction than expected. When the natural resources of Earth are depleted due to overpopulation, the human race banded together to form the United Nations Space Alliance to expedite colonization and mining of distant planets. To defend said alliance, the Solar Associated Treaty Organization was formed to allow for a highly-coordinated military effort that spans not only earth, but throughout the galaxy. These controlled entities have created resentment, however, that has reared its head as the Settlement Defense Front, a group of insurgents that broke away from the UNSA years before. After years of preparing and building their forces, The Front — led by ruthless leader Rear Admiral Salen Kotch — suddenly declares war by ways of a brutal attack on Geneva.

To combat The Front, SATO is called into action and the events of the game go into motion, featuring a group of soldiers including Captain Nick Reyes (the player character), Admiral Raines, Private Kashima, Staff Sergeant Omar, Nora Salter and more. Over the course of the next handful of hours, Reyes’ team will have to go across the galaxy and square off against Kotch’s forces in large-scale, epic battles to try and retain the law and order the UNSA stands for. 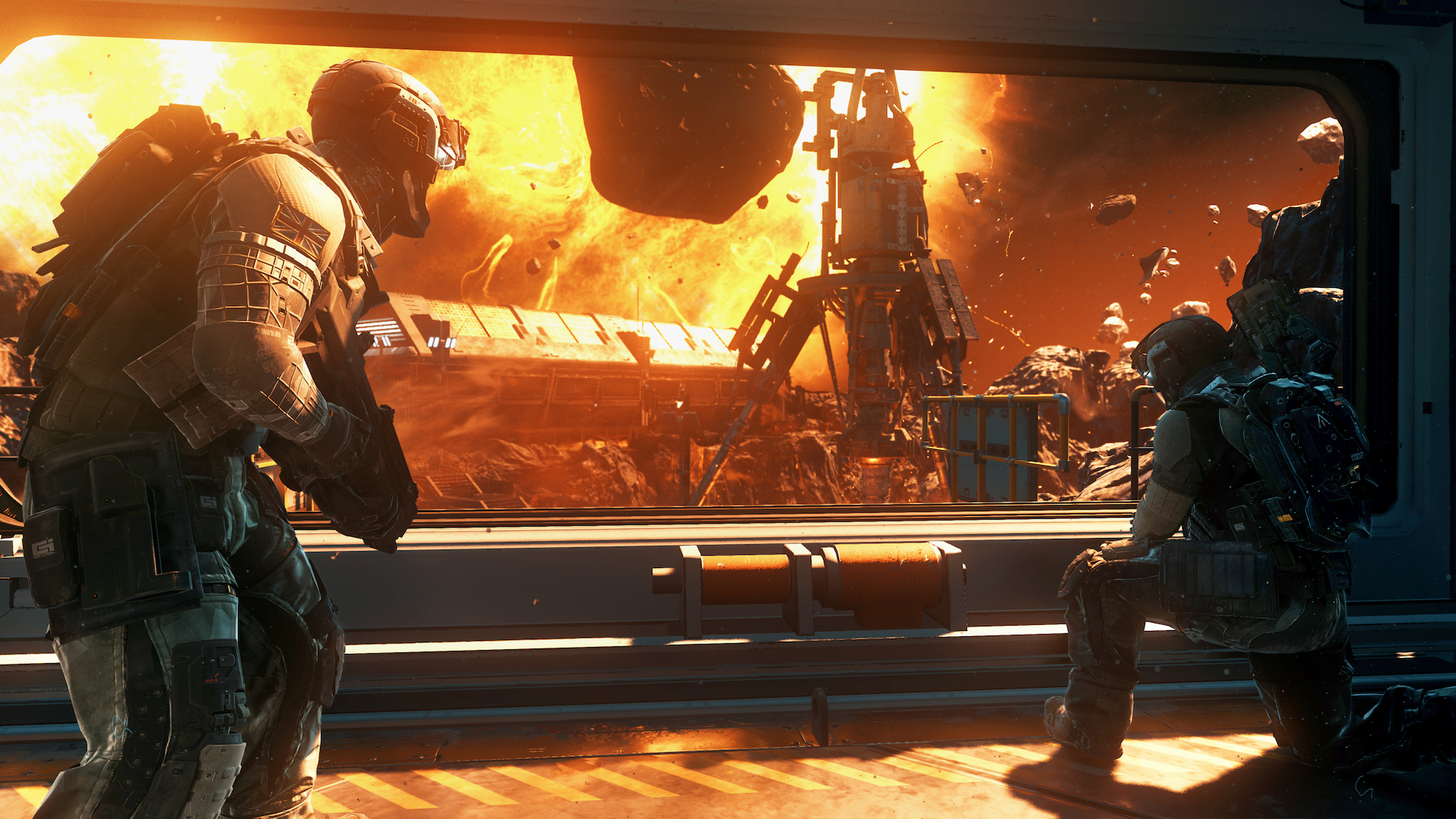 The past several Call of Duty stories have been rocky to say the least. Ghosts had a downright silly plot, Advanced Warfare’s was intriguing but derivative overall and Black Ops III had one of the most convoluted stories ever witnessed. We defended the plot of Black Ops III last year for its refreshing existential vibe, but being that it was incomprehensible, it was time for a change. To accomplish this, Infinity Ward recruited two developers from the company most known for its great stories, Naughty Dog. Jacob Minkoff and Taylor Kurosaki have injected much-needed emotion into the proceedings, coming up with a well-paced and thought-out plot that would be at home in a sci-fi blockbuster. At its best, it even recalls the scope of Starship Troopers, especially with its blended cast of male and female characters and willingness to cast them off. There’s also other impressive sci-fi elements such as a loyal robot sidekick called ETH.3n and its unconventional and emotional ending. Unfortunately, though, it retains the issue that many Call of Duties have had in not offering a backstory, instead opting to drop players near the end of what is obviously a huge story arc. The plot can be filled in a bit by doing side missions and looking at video files, but it still harms the pacing. After researching the plot and speaking at length with Kurosaki, it’s clear how much effort went into forming this world and how sensible the entire plot is, but there’s not enough proof of this in-game. It’s a shame that Call of Duty isn’t willing to begin games with elongated cutscenes setting the stage of the world, as it would give much more heft to the world and its characters, but Activision seems scared not to get its players behind the scope of a rifle as soon as possible.

The cast of Call of Duty is quite impressive, ranging from unknown to Jon Snow himself. On the good guy side of things, Eric Laden (who recently showed his comedic chops in HBO’s all-too-short-lived The Brink) and Jamie Gray Hyder are the standouts, but everybody plays their role commendably. For the antagonists, Kit Harington (yes, John Snow) and MMA fighter Conor McGregor take the spotlight, but both are underused. Harington is surprisingly powerful in his role, doing a great job as portraying Koch as somebody who literally has no value for human life, but his appearance is all too minor, randomly popping up throughout the campaign. It’s clear that Harington was only briefly available (it wouldn’t be surprising if it were only a few hours), so Infinity Ward had to due their best to stretch out his few lines of dialogue to give his character more weight. Still, he makes for a great villain and the plot revelation in the climax about his role is unique in this medium, if just to explain his absence.  Conor McGregor, on the other hand, appears so briefly that myself and many others I’ve spoken with did not realize he appeared in the game until we were convinced otherwise. 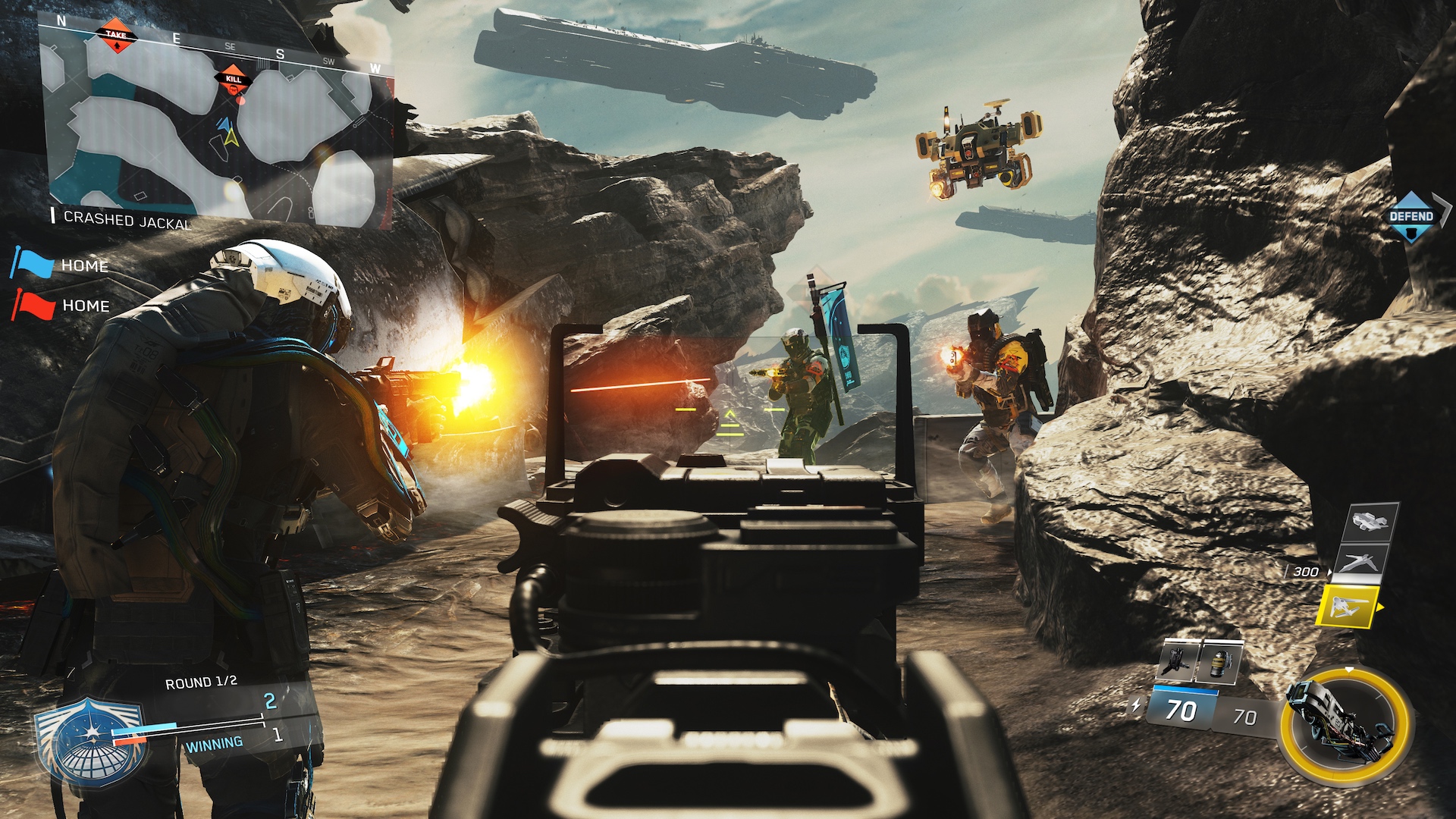 Of course, what would a Call of Duty be without an expansive multiplayer and Infinite Warfare delivers this. The biggest addition to Infinite Warfare is that of Combat Rigs, which are tactical combat suits that allow for a higher level of customization and power. Each rig allows different payloads, weapons or abilities, and traits, enhancements or abilities, to customize loadouts. New Rigs are unlocked by leveling up in multiplayer and include FTL (Guerilla Tactics), Stryker (Tactical Team Player), Phantom (Sniper Stealth), Synaptic (Run-and-Gun), Merc (Defensive Player) and Warfighter (Mobile Mid-Range). All of the rigs have different styles of play and advantages, but FTL proved to be our favorite. This Rig uses advanced technology to assist run-and-gun players with payloads that displace you into another dimension and traits that give you HUD notifications when off-screen enemies are looking at you. It’s an extra layer of defense for this common playstyle that feels like being in a car with GPS and Active Lane technology.

On the environment side of things, the maps of Infinite Warfare have not been oft-touted and probably for good reason. There are multiple maps including Terminal, Precint, Frontier Frost and more, taking place around the solar system in environments like the caves of Titan or the drilling facilities of a rogue asteroid. While all of the maps are perfectly serviceable, nothing stands out, which is a missed opportunity considering taking place in the vastness of the galaxy would mean that practically anything could be possible. There’s moments of excellent wall-runs and clever engagement areas, but overall, it’s a step back from Black Ops III. Infinite Warfare also features Weapons and Crafting, equipment, Scorestreaks and Mission Teams. 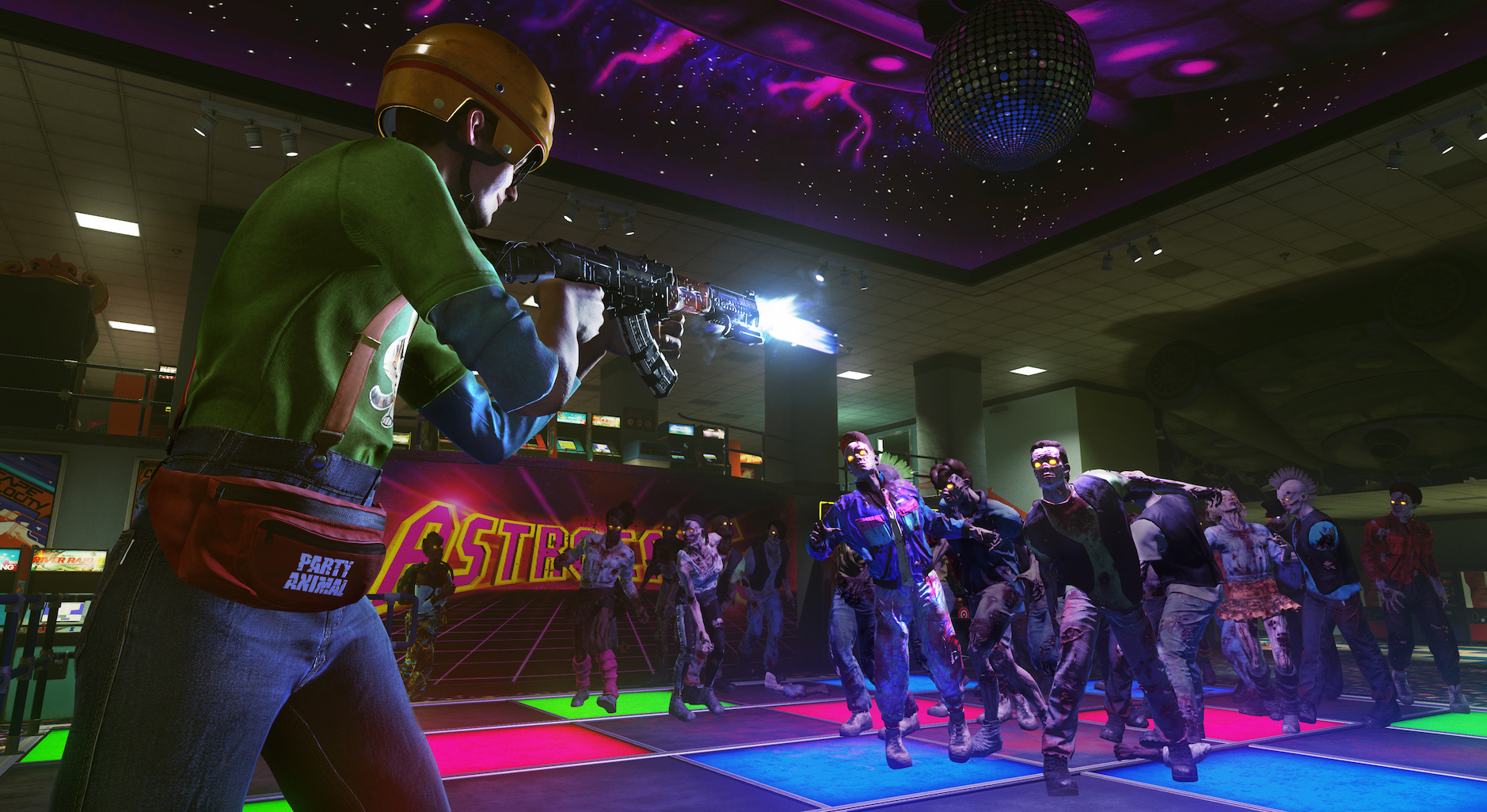 The biggest draw to Call of Duty is how each game feels like an experience rather than a singular effort. Last year’s Black Ops III felt like several games in one and although Infinite Warfare can’t quite live up to that, its modes are well-rounded enough to make up for it, especially in the case of Zombies. For the first time in an Infinity Ward game, a Zombies mode has been created and although its the studio’s first time up at bat, they’ve created perhaps the best Zombies mode so far. A major departure from the theme of the past modes, Zombies in Spaceland sees four characters — the nerd, Poindexter, voiced by Seth Green (Austin Powers); A.J the jock, voiced by Ike Barinholtz (Neighbors); Andre the rapper, voiced by Jay Pharoah (Saturday Night Live) and Sally the valley girl, voiced by Sasheer Zamata (Saturday Night Live) — trapped inside an ‘80s horror film made by director Willard Wyler, voiced by the wonderful Paul Reubens. Unfortunately for our ‘80s archetypes, the horror film is about an amusement park overrun by zombies. Fortunately for us, the amusement park is dementedly awesome.

Cast in dark neon colors, the amusement park is masterfully designed, featuring great verticality and a well-designed track making it always entertaining to make your way around the park. Given that it’s an amusement park, it’s chock-full of amusing rides and attractions that can trap and kill zombies in short order, the standout being the Polar Peak Roller Coaster, which allows players to ride and shoot zombies to earn rewards. Instead of just having to sit around if you’re killed, you will head to the Afterlife Arcade where you can play multiple arcade classics to earn a trip back to the ‘80s movie from hell. It’s genuinely fun being in here with games ranging from basketball to actual retro Activision arcade cabinets.

A lot of time, effort and love clearly went into Zombies in Spaceland and it shows. The visual palette is perfect and it’s filled with clever enemies like zombie clowns that run at you and explode, only giving themselves away by their giant squeaky shoes. For any fan of the ‘80s, however, the best part is easily going to be the soundtrack, which features great New Wave and Pop tunes like Animotion’s “Obsession,” Soft Cell’s “Tainted Love,” Core Hart’s “Sunglasses at Night” and many more. It’s an expertly-curated soundtrack and our only criticism is that we wish we could make it louder. Zombies in Spaceland would do wonders as a standalone game and being included as a mere mode in Infinite Ware is neon icing on the cake. Oh and did we mention that David Hasselhoff is the DJ who will join your team and fight off zombies? Yeah, don’t miss this. 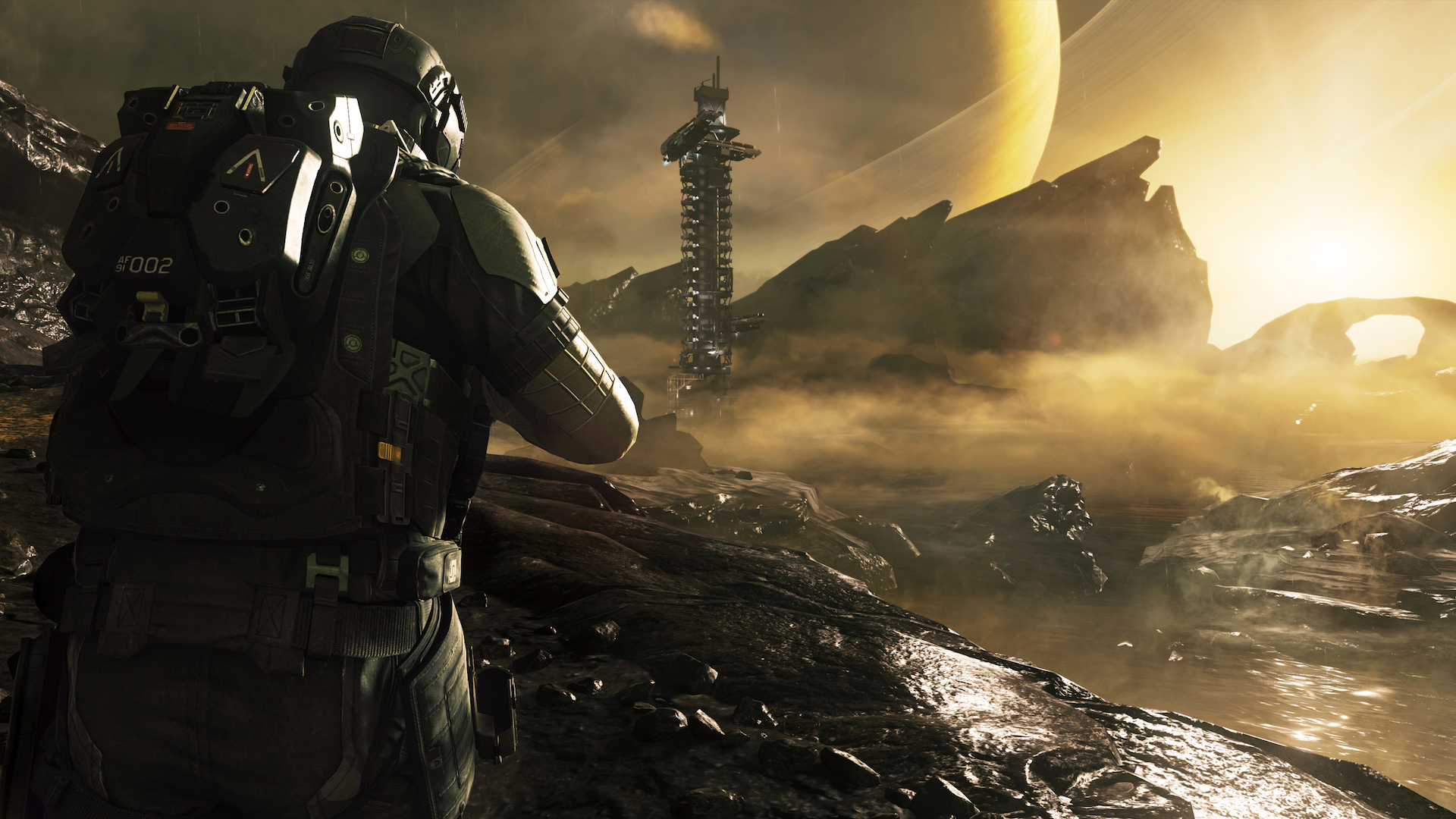 Call of Duty: Infinite Warfare has had to overcome more public opinion adversity than likely any game before it, but it’s accomplished that in spades, blowing a planet-sized raspberry to all of its naysayers. Just because it takes place in the future doesn’t diminish its merit and in fact allows it to introduce several unique aspects to the series. With the help of Naughty Dog alumni, the story is one of the most comprehensible and well-rounded in recent series history, even if it can falter due to a lack of backstory. The multiplayer is a strong effort and introduces the neat Combat Rigs, although it can sometimes feel a bit like the little brother of Black Ops III. Likely the area of most concern turned out to be the highlight, with Zombies in Spaceland so triumphant that it would be a shame not to spin it off into its own series. It may not take Call of Duty to the heights of its galactic setting, but Infinite Warfare is out of this world.