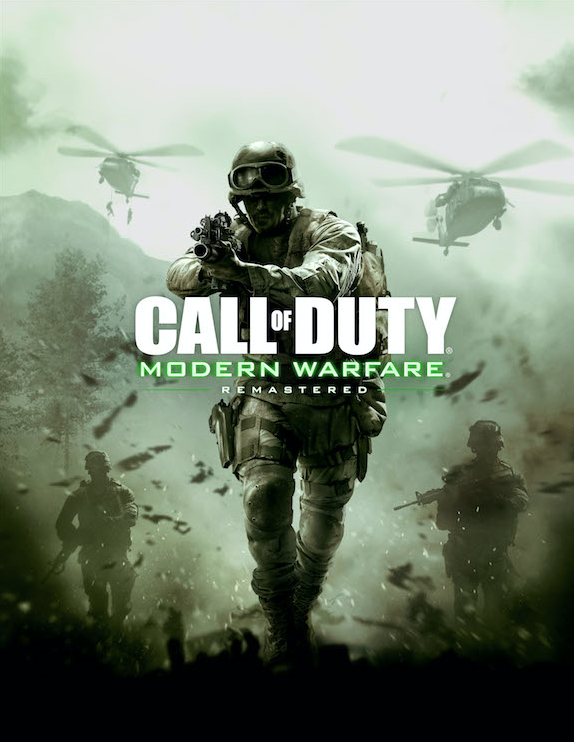 Everyone remembers the games that changed everything. Wolfenstein 3D brought the industry into the 3D era, Final Fantasy VII made the PlayStation a direct threat to Nintendo’s empire, and Halo 2 brought online multiplayer to consoles. However, there’s not a recent game that sticks in player’s minds like Call of Duty 4: Modern Warfare. Infinity Ward’s risky leap into a modern setting ended up not only being one of the best games of 2007 but one of the most groundbreaking. The Modern Warfare‘s intuitive create-a-class, killstreak, and progression system forever changed multiplayer. To this day, recent Call of Duty titles still incorporates a version of this system. Now, in 2016, Activision and Raven Software are re-releasing a remastered version of the classic, but does it remain the ultimate Call of Duty experience, or has it aged horribly?

Call of Duty: Modern Warfare Remastered tells the exact same plot from the 2007 original: Russian ultra nationalist Imran Zakhaev seeks to shift the balance of power in the Middle-East, and by using Khaled Al-Asad to lead a coup, the duo successfully assassinate Saudi Arabian President Yasir Al-Fulani, resulting in a conflict that draws in the United States Army and British Task Force 141. Despite being a nine-year-old story, Modern Warfare Remastered’s tale of espionage, invasion, and nuclear warfare resonates as much today as it did back in 2007. The plot is a lot more grounded and realistic than any recent Call of Duty game and has more of a Steven Spielberg feel to it rather than the Michael Bay of late. You’re not a super solider stuck in the middle of out-of-this-world set piece, but rather a regular soldier working with a squad to complete objectives.

Aside from the complete visual overhaul, Raven Software has left the campaign intact as is, with all the same content, mechanics, and bonus modes. The same can be said about extra content, although now PlayStation users can collect trophies, something that wasn’t patched in the original version. For those who’ve played the Call of Duty 4 campaign a lot over the past nine years, there’s nothing new for you in the remaster. The fact that nothing has changed is both refreshing, and a hindrance. Playing an old-school boots-on-the-ground, non-set piece oriented Call of Duty campaign puts things in perspective. A grounded Call of Duty game is entertaining, and, in hindsight, makes a lot of the recent games look out of control. 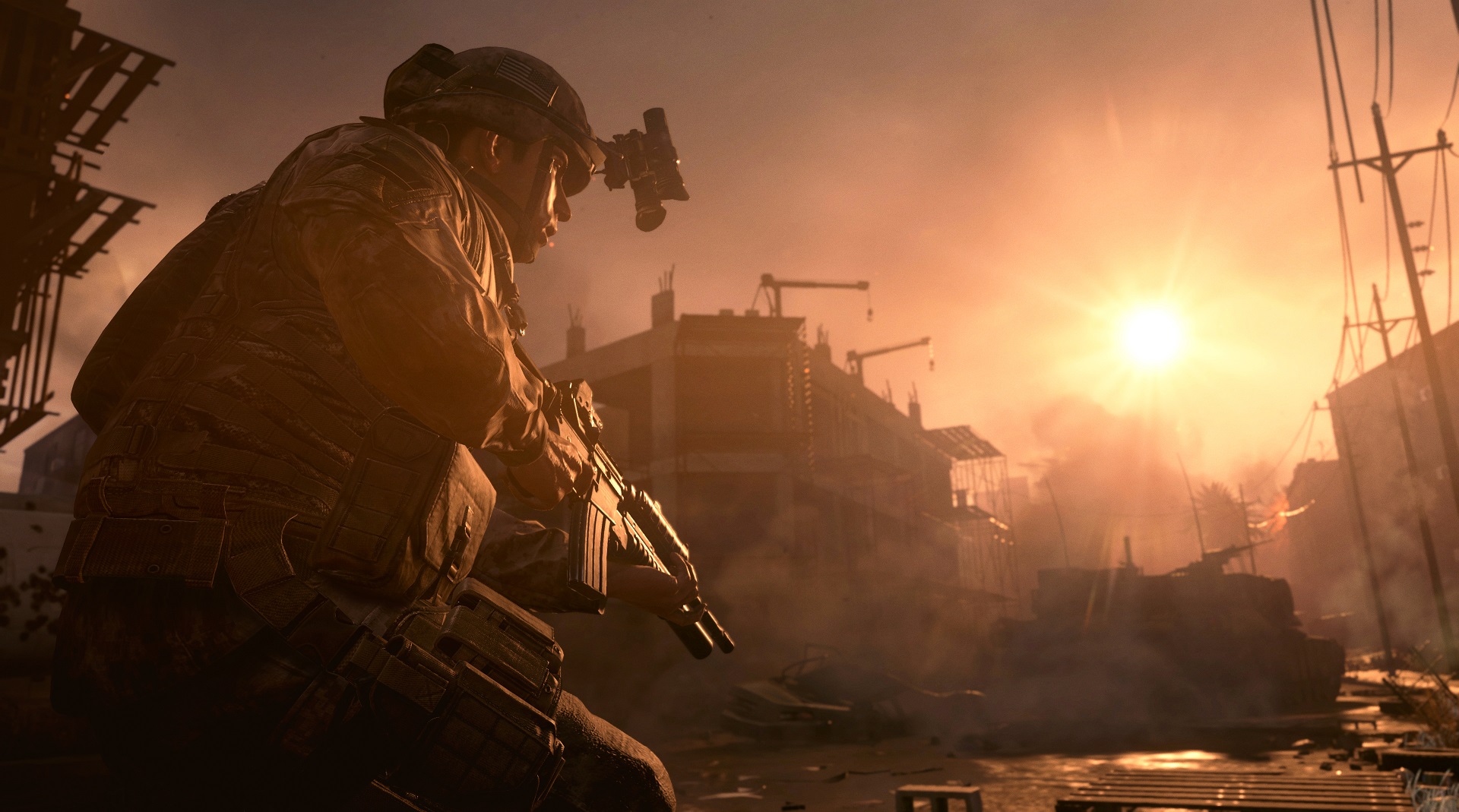 The recent Call of Duty games, however, managed to fix a lot of issues found in Call of Duty 4. The infinitely respawning enemies are a hassle, and it’s never clear how far forward the player has to push before they stop coming. Likewise, weapons found on the ground are the barebones version. If you like using attachments, then you better hope you don’t run out of ammo with the weapons you start the level with. Both of these should have been easy fixes, but Raven Software’s strict dedication to preserving the original game means critical alterations couldn’t be implemented. They aren’t game breaking, but they show off just how old Modern Warfare really is.

Of course, multiplayer is what Call of Duty is all about, and Raven Software has put a lot of time and effort into remastering the experience. Everything you had in Call of Duty 4: Modern Warfare is here, and then there’s some new content thrown in, as well. First off, the game launches with ten maps – Ambush, Backlot, Bog, Crash, Crossfire, District, Downpour, Overgrown, Shipment, and Vacant – with the remaining six – Bloc, Countdown, Pipeline, Showdown, Strike, and Wet Work – coming in December. Then you have all the guns, attachments, perks, and game modes from the original game. While there are no new weapons, Raven has included new weapon skins to unlock through challenges. A new inspect mode (accessed by pressing down on the d-pad) allows you to view your skins up close in-game. There are also new character patches and weapon stickers to place on your character and gun for a little extra personalization, and best of all, none of these items are locked beyond Supply Drops. There are even a few new game modes such as Kill Confirmed thrown in. 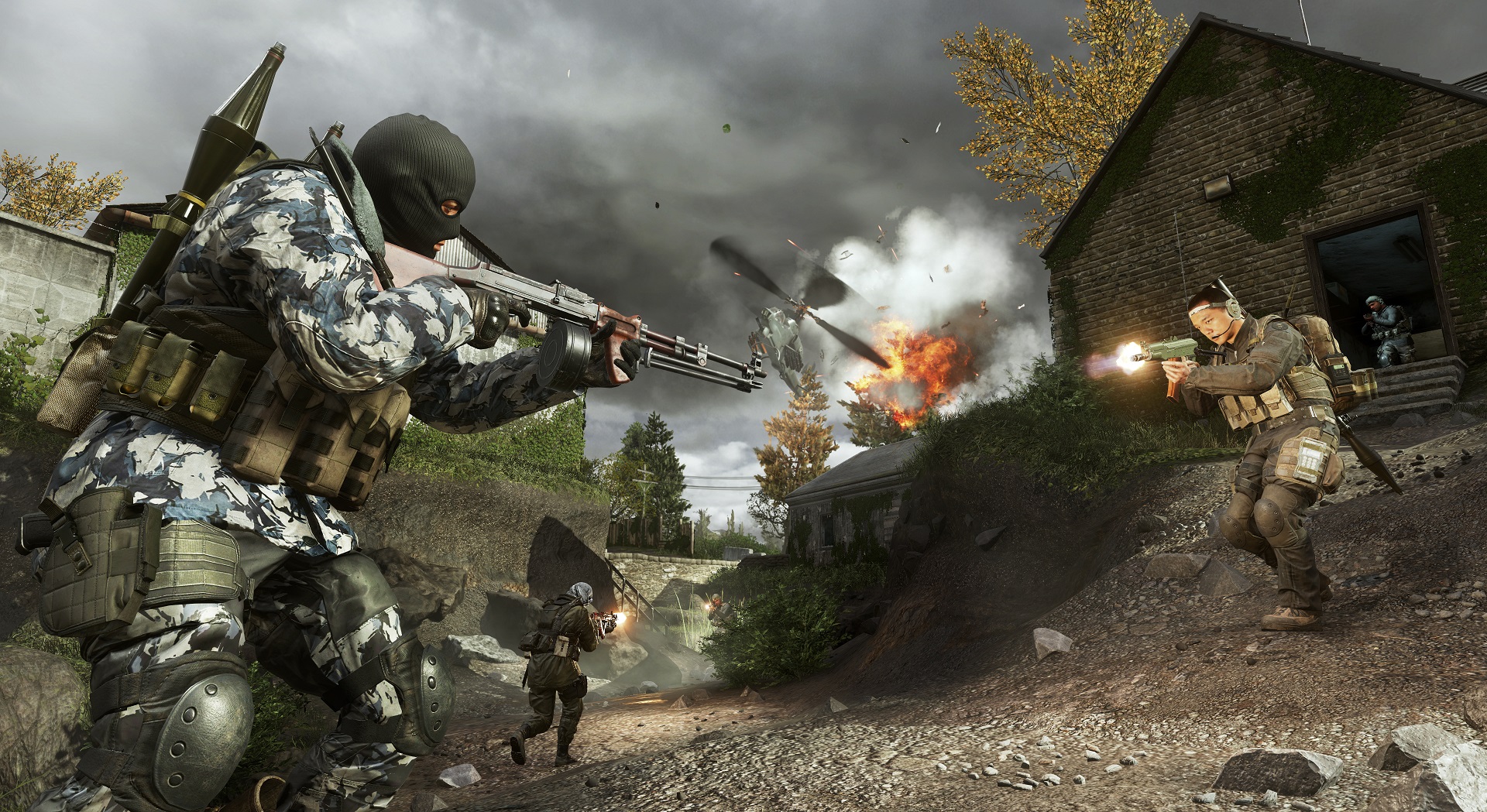 Despite being an old game, Call of Duty: Modern Warfare Remastered feels fresh. After years of over-the-top killstreaks, wall-running, and other crazy antics, it’s nice to get back to the basics. Boots-on-the-ground can be just as engrossing as crazy movement systems, so hopefully Modern Warfare Remastered can remind Activision that modern times can be just as fun as the future.

However, once again, Raven Software’s dedication to preserving the game rears its ugly head. While Modern Warfare Remastered’s multiplayer component is enjoyable, it feels extremely outdated as mechanics that were fixed in future entries are broken here. Infamous perks like Martyrdom, Frag Grenades x3, and Juggernaut are still present; there’s no effective counter for killstreaks, meaning a winning team can easily drown the losing team in a barrage of UAVs, airstrikes, and helicopters; and of course, there’s the infamous quickscoping, which Infinity Ward is patching out of their latest Call of Duty game due to backlash. Oh, and you can’t forget about the noobtubes. Raven Software’s dedication is admirable but should have been more lenient when it came to balancing. When other Call of Duty games have removed perks like Martyrdom for balancing reasons or gave players lock-on weapons to counter killstreaks for balancing purposes, then it’s probably best to include those changes.

If there’s one thing Call of Duty: Modern Warfare Remastered proves it’s how to remaster a game’s visuals properly. Modern Warfare Remastered is the most extensive visual upgrade any remaster has ever received yet, being more in line with a remake than an actual remaster. Character models and textures have been completely redone, the lighting engine has been replaced, and the environments have been overhauled to show extra details. An empty street and field in the training mission is now littered with tanks, soldiers jogging, jets flying overhead, and even the addition of a grenade training playground. It’s a stunning overhaul, and Modern Warfare Remastered raises the bar for all future remasters. 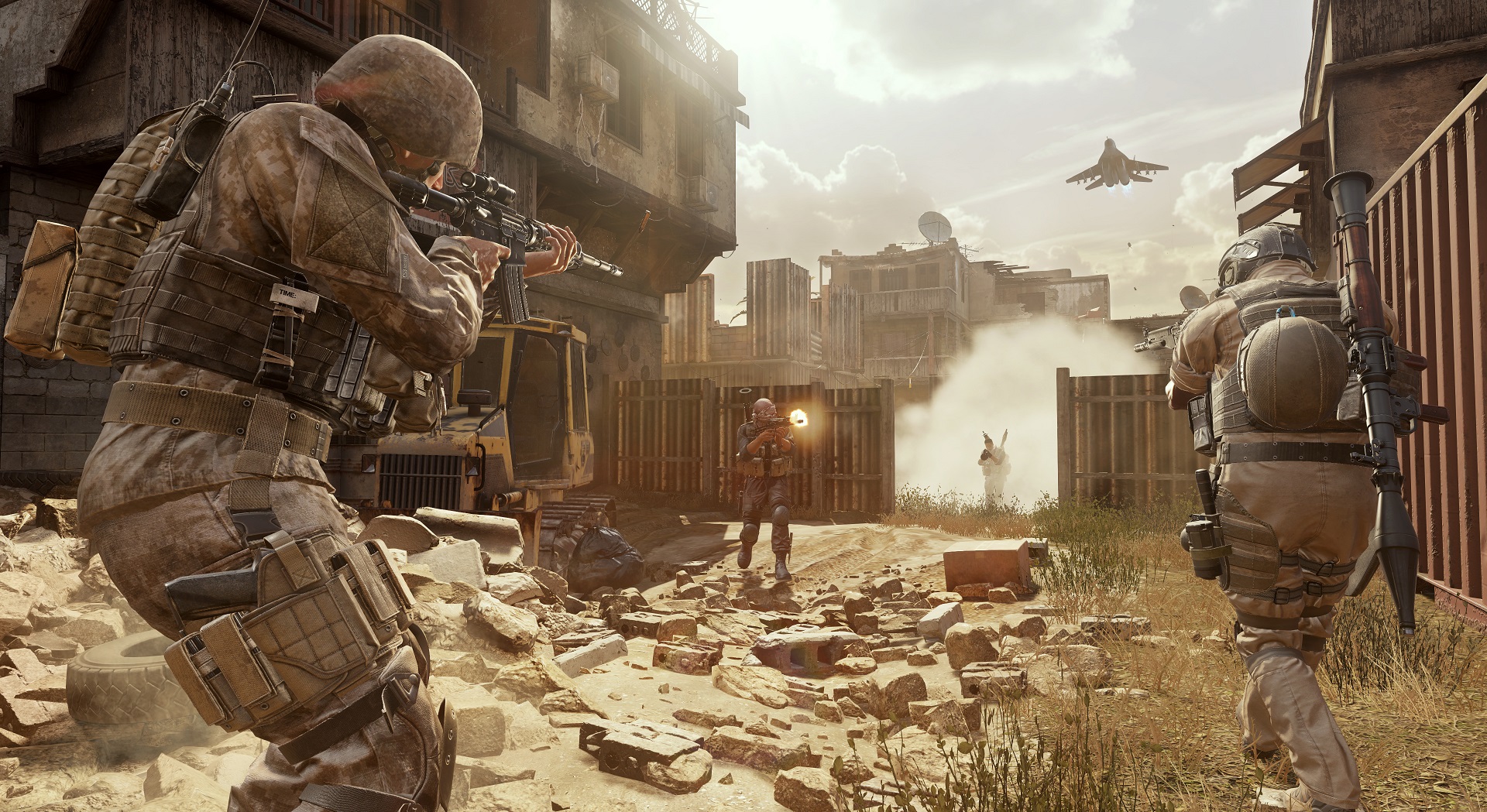 Call of Duty: Modern Warfare Remastered had a tough job to complete. Not only did it have to match player’s nostalgic expectations, but also remain fun after nine years, and in some ways, it’s successful. The campaign resonates today as much it did nine years ago, the Multiplayer is still a blast, and the visual overhaul is the best any remaster has ever received. What Raven has accomplished is impressive, but it has its limits. Their strict dedication to not tampering with the original formula means that the flaws from 2007 are clearly visible. Issues that were fixed in later Call of Duty titles are left unchecked in Modern Warfare Remastered, and it can drag the experience down. In the end, Call of Duty: Modern Warfare Remastered is a solid remaster that enhances the original game with beautiful new visuals and a little bit of extra multiplayer content, but Raven Software may have stuck to the original a little too much. A few tweaks would have gone a long way to fixing some balancing issues, but for those looking for a blast from the past, this works just fine