According to claims made by hacking group Phantom Squad, Steam has successfully fallen victim to a mild DDOS attack.

The photos below show the claims made by Phantom Squad, and while Steam has been shown to be usable in various places around the globe, NeoGAF users have reported that through the use of a Steam outage checker, the attack was successful in some capacity. 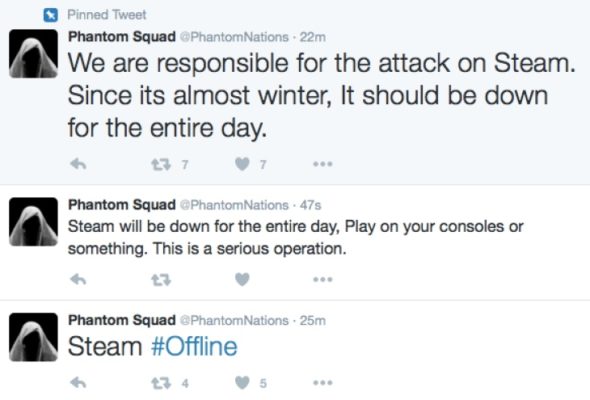 Of course, considering the massive DDOS attack that affected numerous services around the globe, including Twitter and Slack, the fact that this needed to be researched by community members points to the fact that the attack was not necessarily substantial. As of this writing, Steam is usable from our end, so it’s worth noting that these claims could be even more smoke than originally anticipated.