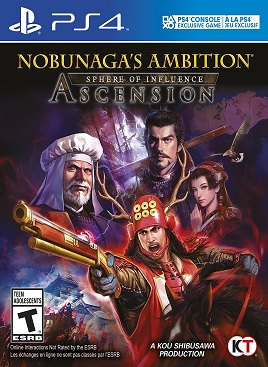 Among the legions of long-running series, Nobunaga’s Ambition is considered one of the deepest titles out there. That depth comes from a notorious complexity that can be off putting to new players. That very notoriety was the cause of trepidation towards tackling this review. The toes were well and truly dipped on an NES edition back in the day and something in the water bit them. My young mind was lost and the rental cart was returned to the store the same day. That experience has primed a certain fear of these games, as I hate feeling (justifiably) stupid. An enjoyment of other strategy titles as well as a developing interest in the Sengoku period of Japanese history has softened that trepidation. So much so, that I waved my hand when Koei Tecmo’s Nobunaga’s Ambition: Sphere of Influence – Ascension came rumbling down the pipe.

The concern proved well founded. The complex interface loaded with arcane symbols and iconography battered me as I attempted to navigate my way around acting as a wealthy, yet benevolent daimyo. Even a well meaning tutorial couldn’t quite prime the brain for intricacies found within. The experience could be likened to that of The Shawshank Redemption‘s Andy Dufresne as he slowly tunnels his way out of the prison. First, there is learning the interface, with a feeling similar to digging a large hole through concrete using small hand tools, painful and laborious. Once things are learned, there is the crawling through the river of dung in that every mistake that was made in the quest for knowledge had to be counteracted or fixed so that the quest of uniting Japan could become realized. Finally, though, there was blessed freedom. A freedom that only a title as dense and multifaceted as this could bring to players. Long story short, there are some spoilers for The Shawshank Redemption earlier in this paragraph. Sorry about that.

The things that can be done in this title feel near limitless. Getting married, having kids, and then marrying them off in an attempt to bloodlessly expand influence is but one strategy that can be taken in this title. In fact, this is could be considered basic. Players must keep their subjects happy through proper expansions of towns and villages, defend them with cunning military strategies, and exact violent vengeance upon rivals. Officers need to be promoted based on their merits, and responsibilities must be delegated to keep all of the provinces under the daimyo’s control operating. Spy craft, war, and a diplomacy system that actually works is built into the package. This only scratches the surface of what’s available in this beast. 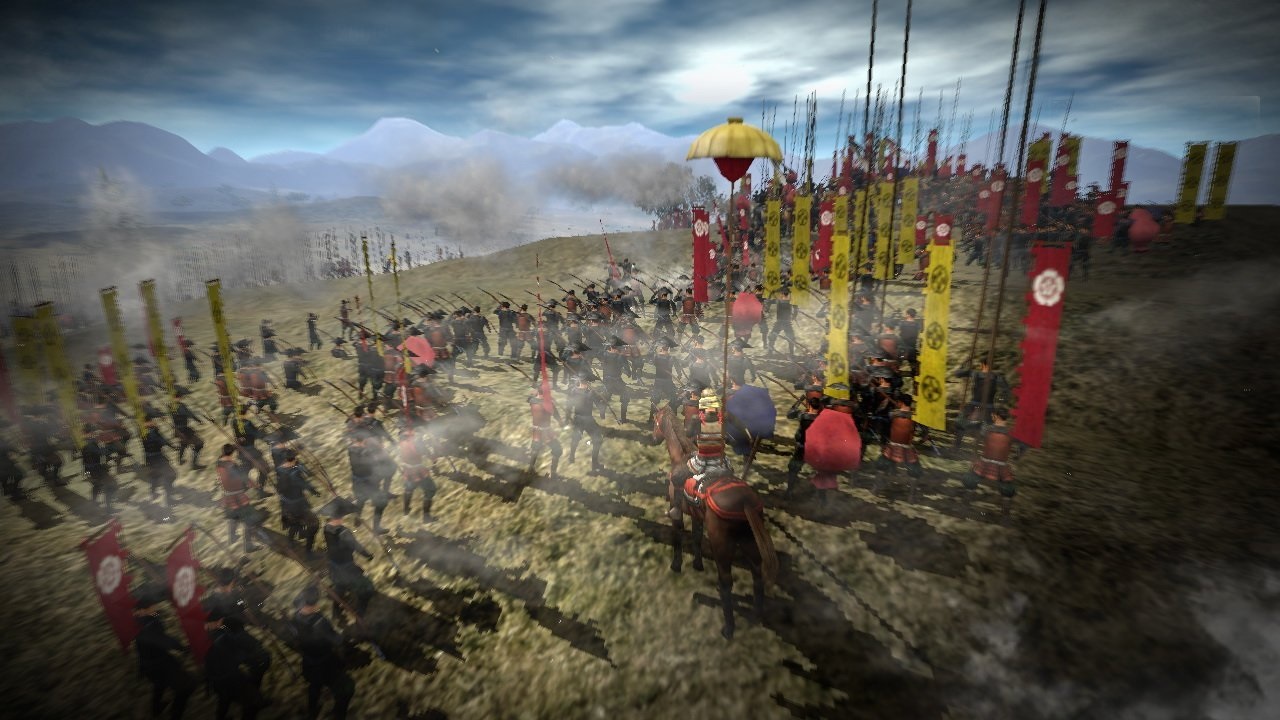 The choices that the player makes are punctuated with written conversations between the various denizens of this feudal land. Sadly, the writing can feel a bit stunted compared to other localized efforts. The less than ideal translation almost certainly comes down to the fact that this is a niche title for western audiences coupled with a massive amount of text. It is serviceable, and the issue is understandable. That doesn’t mean it would go unnoticed.

Nobunaga’s Ambition: Sphere of Influence is an older game, of course. This new edition does offer new enhancements to the experience. The biggest one is the greater focus on specific officers during battles. The Officer Play mode brings players closer into the realtime battles, giving a more tactile and hands on feel over the larger overview offered in the vanilla modes. There are also combat quests which serve as proper suggestions regarding how to handle the battle. These are similar to the missions in the turn based mode that help the gamer play out actual history. When learning the ropes, it is highly recommended that these be completed. Not only do they yield extra goodies, they provide an insight in the tactical depth that the game offers. Veteran players might see better ways to earn victory at times, but having an optional guiding hand is welcomed. 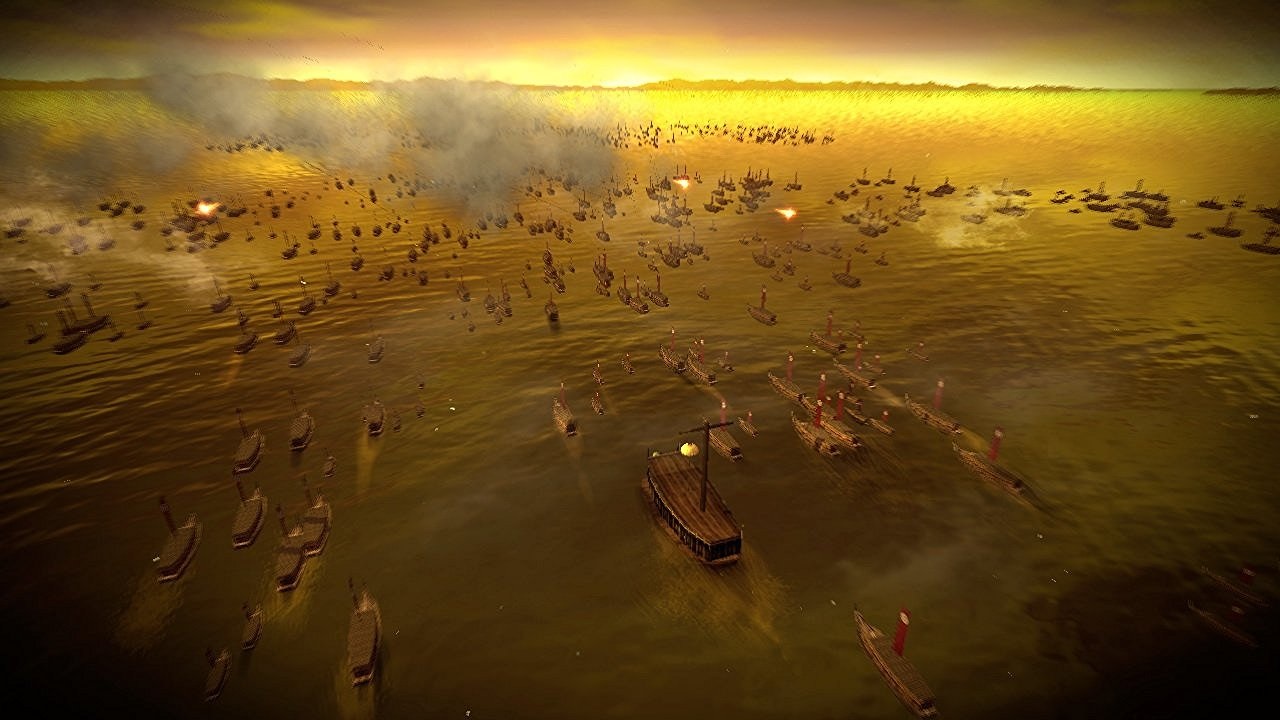 The other touted additions lie in the naval and siege battles. At the time of this writing, I have yet to make proper use of siege warfare. This is to my detriment, as starving out a city is a time tested tactic. A proper opportunity has yet to arise. I’ve certainly been under siege, and even though it sucks, flanking the foolish army with one of my other forces and crushing them against the city walls was great fun. Also on offer is naval warfare. Having an extra angle to pound an enemy is always a good thing, and this doesn’t feel like an afterthought, unlike some other strategy titles that offer this option.

What really adds value to the returning player is the revamped Civic Development System. Placement of various town upgrades, such as markets and other venues, need certain requirements to be satisfied. It is up to the player to put together various civil improvements in such a way to get the most coverage out of the item, so as to gain the highest value for investment. This leads to quite a bit of second guessing when deciding where to devote limited manpower to gain the highest benefit. Because of the features of the landscape surrounding the various villages and cities, each place begins to develop a personality of its own. Depending on who the player puts in charge of the domain, the uniqueness expands even further, such that two players can hew close to the demands of the mission based simulation of history, and still end up with a kingdom that looks very different. 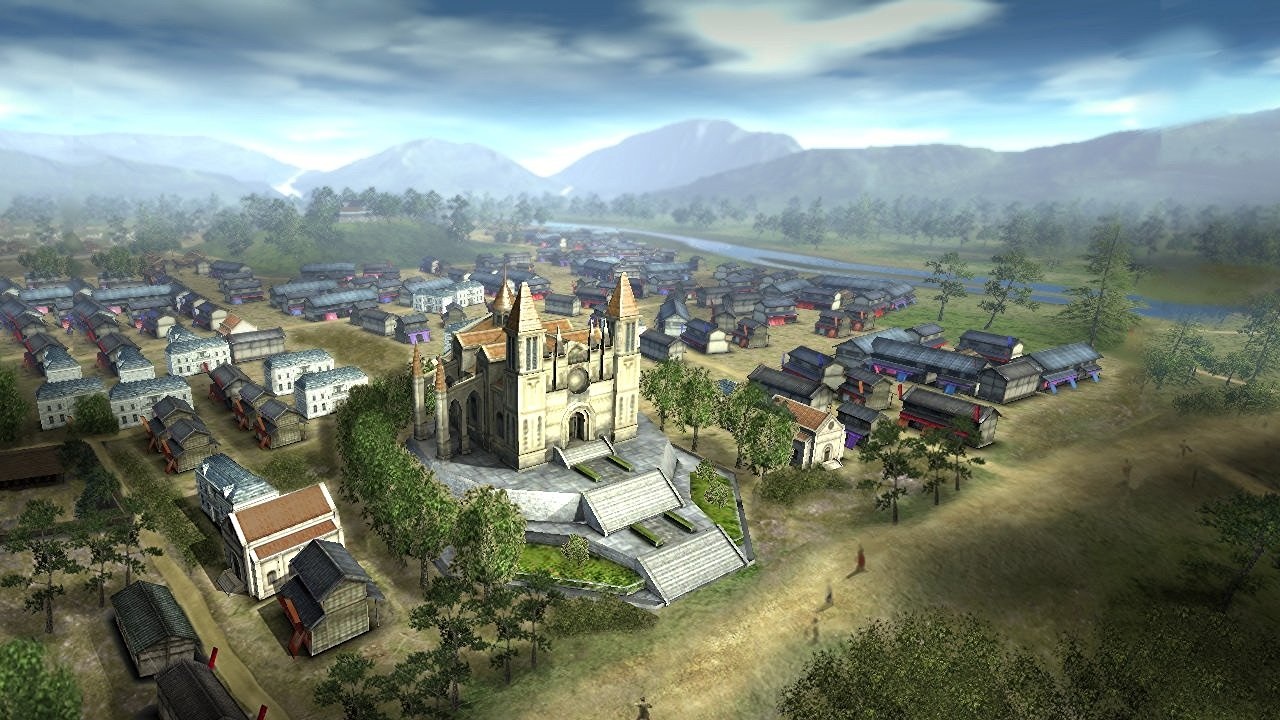 Fans of understatement would describe Nobunaga’s Ambition: Sphere of Influence – Ascension as sprawling. This is a massive lump of a game that demands attention, forethought and the ability to plan for myriad different scenarios, all while balancing city and land improvements against available workers and officers. Everything on offer here creates a daunting inaccessibility that requires stubborn dedication for a neophyte to overcome. Were some effort put into cleaning up the interface to make issuing edicts and whatnot an easier experience, this would be one of the best games to obliterate the concept of “free time.” As it stands, conquering the UI is a gaming accomplishment on par with finishing Dark Souls. Existing players who enjoyed the original will find value in this expanded version of Sphere of Influence. New players, though, must be prepared for what can only be described as a “learning cliff.”