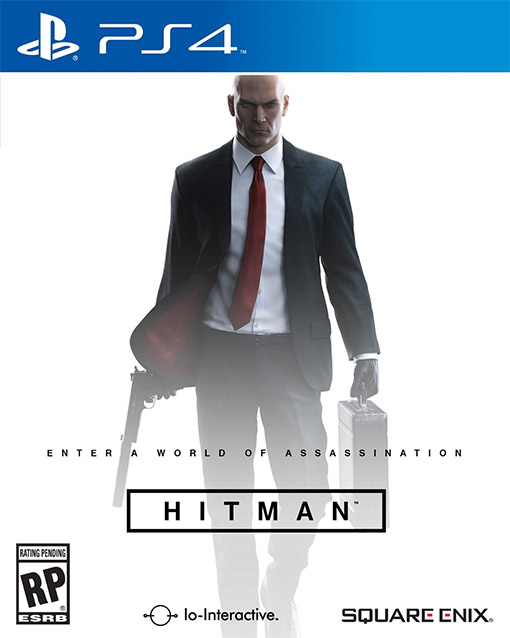 It feels like years since the reboot of the Hitman franchise was first announced, let alone began rolling out to consumers earlier this year. While players were hesitant to accept the bite-sized assassination formula, especially after some less-than-ideal episodic games in the past, the community has lovingly embraced the idea. That’s not to say everything’s perfect as there have been a couple of disappointing releases, but the episodic mission structure has worked out far better than anyone would have thought. That combined with the strong support from the developers, balancing gameplay mechanics and adding Elusive Targets on a frequent basis over the last eight months, this seems like the perfect Hitman experience from the outset. Now that the entire first season has come to a close, has IO Interactive found their footing with Hitman, or is it back to the drawing board?

Hitman does have a story, but it’s a forgettable one. The protagonist is once more, everyone’s favorite clean shaving Agent 47 as he continues to take assassination contracts from Diana Burnwood and her employer, the ICA (International Contract Agency). The first few contracts are standard hits, mainly revolving around two individuals each mission, and are the scum of the scum that deserve to be wiped from the face of the Earth, so you don’t think about why their names ended up on your list. Then the plot begins to thicken when you learn someone is pulling the strings behind the scene and these murders aren’t random, but connected to one another in some devious plot. Unfortunately, the story goes almost nowhere. This one mysterious, I hesitate to call him antagonist because he’s primarily in the shadows, never interacting with Agent 47 other than feeding off his work, remains unidentified by the end of the season and it’s frustrating. While Hitman has never been known for its story, IO Interactive established something intriguing at the end of each mission, and specifically near the conclusion of the season, but it goes absolutely nowhere, purely setting up the next season. At the very least there should have been some sort of revelation to all of these hints and nods that were given, but alas, we are left in the dark. 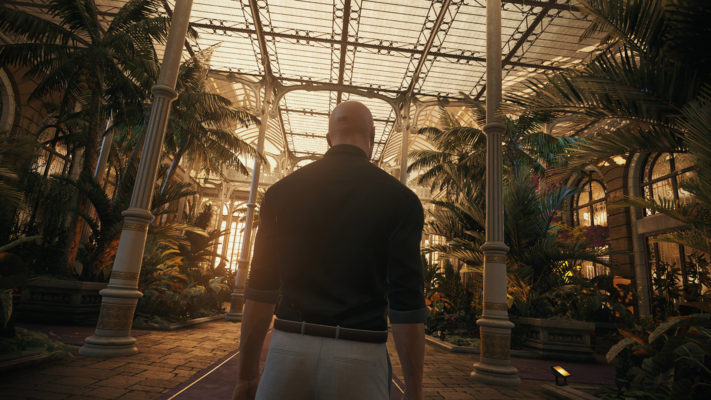 While the story is utterly disappointing, the gameplay aspect more than makes up for it. This is where Hitman shines the brightest as it’s essentially the stealth gameplay we loved in Blood Money, but with far more fluid mechanics. There’s a staggering number of disguises Agent 47 can put on, and it helps each mission is tiered accordingly, with specific individuals only allowed in specific areas, so he’ll be trying on all sorts of fashion. The leveling system is also ingenious. As opportunities and challenges are completed, additional starting locations and disguises will become unlocked, allowing Agent 47 to begin in a good position. Not only that, but some higher tier weapons and items will carry forward into other missions. With that said, you’re almost discouraged to use firearms or get into combat as everyone’s favorite assassin can only take a couple of hits before he goes down. While games such as Deus Ex: Mankind Divided are diversifying themselves with both action and stealth, Hitman has remained entirely true to its core, mostly encouraging the use of experimentation and tinkering with objects in the world. Throwing items to distract NPCs or just to club them in the head in a comical fashion is not only satisfying, but key to success.

As for the actual missions, they can be hit or miss. For the most part, almost all six contracts have a highly appealing aesthetic that’s unique to their dedicated location. Agent 47 will be traveling around the world, from Paris to Japan, so there’s a large amount of variety in the visual design, but the big problem is that mission structure is sometimes less than ideal, or the opportunities given aren’t as creative as they could be. Easily the best location is Sapienza as the main goal is to infiltrate the large mansion at the top of the hill. It’s not just a mansion like the Anathema mission from Hitman 2: Silent Assassin, though, as there’s also a small city to explore with plenty of shops, apartments and a church to sneak into, a dank sewer system, a worn down castle, and even a secret laboratory. This is easily the biggest and most diverse level in Hitman, giving the player an incredible number of options for only three objectives. The second most memorable mission is the finale, Hokkaido, where Agent 47 is put into a large interconnected world where he’s in a more vulnerable situation, lacking any equipment from the start. Finally, the starting mission, The Showstopper in Paris, is also a fantastic first impressions piece, especially if you play it today now that most of the network connection issues have been dealt with. It’s a multi-layered mansion with general work and security is in the basement, a fashion show is going on at the base level, pyrotechnics setup on the second, and a secret, highly illegal auction is on the third. 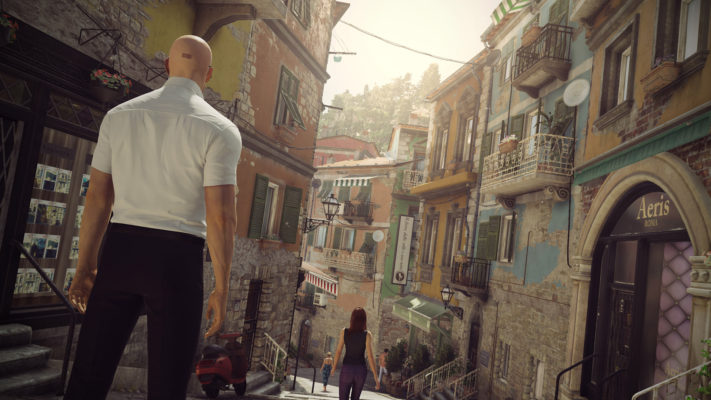 The other three locations, Marrakesh, Bangkok and Colorado, while not bad by any means, are the least appealing in the package. Marrakesh does have the crowds to move through, and shows the difference between a small militia and a fully funded PMC headquarters, the two targets are somewhat limited to their little hideouts, living little to the imagination. Colorado on the other hand had all the potential to be something special as not only was it the penultimate episode, but there were four targets to take down. Unfortunately, the four had to share roughly the same amount of opportunities available amongst themselves, and the flat layout of the map didn’t aid to the exploration elements all that well, especially compared to other missions. Finally, Bangkok is more of a take it or leave it mission as, while it’s visually striking, one of the targets is arguably the worst we’ve ever seen. Jordan Cross has plenty of options that vary greatly, but his lawyer Ken Morgan contains the most uninteresting, dullest opportunities and potential occurrences to ever grace a Hitman game. There’s still a fair amount of entertaining moments spread out throughout these areas, but they pale in comparison to the rest of the experience.

Through its development over time, what has improved greatly has been the network functionality. When it initially launched with the Paris level in March, while everything about the mission was great, the network connectivity really dragged the experience down. There’s nothing like setting up the perfect route only to be booted back to the main menu without a save because the network wasn’t deemed stable enough for the game to continue. It was an annoyance beyond anything else as this is a stealth game about patience and picking your shots right, but fortunately it was fixed in later updates so you could try to reconnect while still in the mission instead of being forced out. This also brings us to an issue that still plagues the console versions: long load times. For a stealth game that’s all about poking and prodding everything in the world to see what does what, Hitman sure has lengthy load times. They have been greatly improved over time, but you’re still going to have to wait upwards of a minute to get into a mission and between fifteen and thirty seconds to load a save file. If you’re someone who wants the most out of your exploration and experimentations, if possible, the version to get is PC. 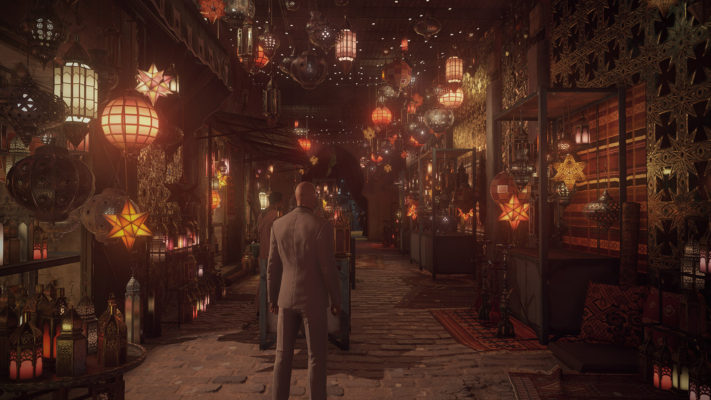 Agent 47 is back and better than ever. There were skeptics who thought the episodic formula wasn’t suited for Hitman, but IO Interactive proved them wrong. Though there were some hiccups at the start, with connectivity issues and lengthy load times on consoles, the eight months of constant updates allowed for the Danish developer to iron things out quite nicely. The amount of support that Hitman has received is nothing short of outstanding, with consistent missions flowing in, along with a slew of Elusive Targets that challenged the most hardcore assassins. It also says something that, while half the missions aren’t all that impressive, you’ll still want to play through them over and over again to master the perfect kill. While it’s not without its problems, the first season of Hitman is jam-packed with delectable content that leaves us champing at the bit for more.