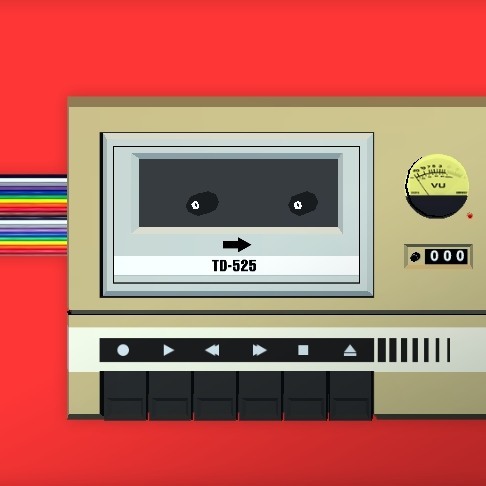 Reviewing titles developed by a single person is one of the more challenging prospects in video game criticism. On one hand, you need to take a look at the product placed in front of you and evaluate in on its own merits. On the other, there’s something unique about a title that takes the passion of one individual and translates it onto your screen. Of course, fantastic single-developer titles like Axiom Verge and Stardew Valley exist makes even the biggest of blockbuster flops look like jokes. At the end of the day, good games separate themselves from bad ones, and despite there being a charming level of quirk to these single-developer projects, there’s only so much sympathy you can give.

Enter Small Radios Big Televisions, a bizarre two-hour adventure through a series of psychedelic cassette tapes and interlocking hallways inside geometric buildings. When you analyze individual components, Small Radios Big Televisions is a fascinating example of how non-horror games can inspire a sense of dread. However, there is a tangible lack of context given to your actions along the way, and while this does create interesting moments, it’s hard not to wonder what the point of everything was. Still, if you’re looking for an entertaining adventure filled with light puzzle-solving and some pretty engaging visuals, you could do a lot worse. Anyone looking for the next great atmospheric indie darling might find themselves wanting, though.

Small Radios Big Televisions takes place in a series of industrial buildings, each with a series of doors to alternate areas that only become apparent through exploration. The basic loop involves players moving through a series of closed doors in each factory by clicking around, with the goal being to navigate through each area fully before moving on. In order to open certain doors, players will need to obtain gems from cassette tapes scattered around each factory, with each cassette tape transporting players to a different psychedelic world based upon its title. 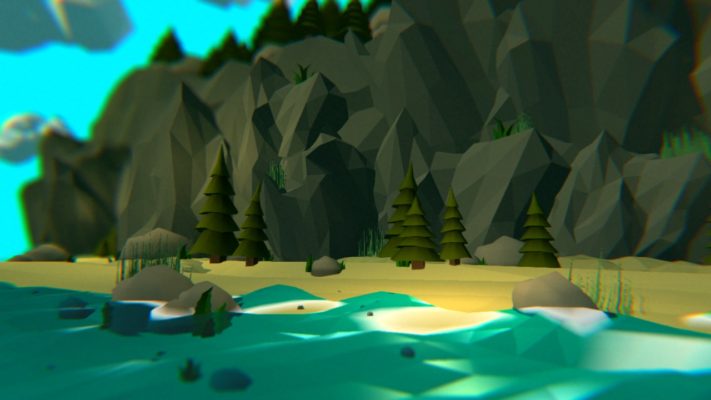 Everything from the above beachfront area to tapes that display iTunes Visualizer-esque scenes can be found within these tapes, with each becoming even more bizarre when run through magnets hidden around each stage. Moving around a given factory is never particularly difficult, often feeling more relaxing than challenging. It’s worth noting that Small Radios Big Televisions, while technically a point-and-click adventure game, is completely devoid of the frustratingly obtuse puzzles said genre is known for. 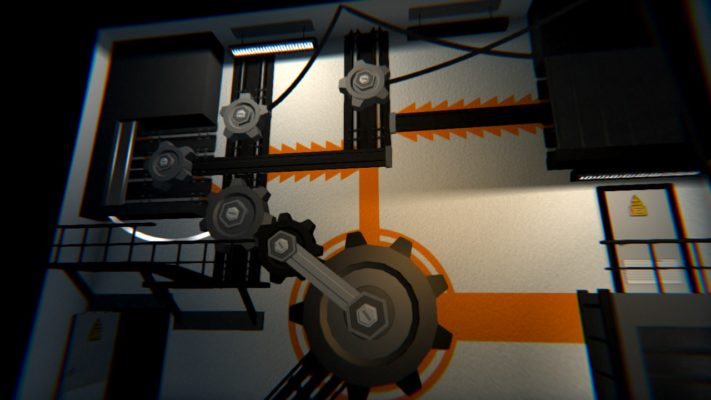 After clearing out a given stage, players are treated to a brief static cutscene between two off-screen voices. It’s interesting to hear tales of how the same tapes that hold the keys to unlocking factory doors have also corrupted people, that much is certain. Whether this is a result of the cutscenes themselves being interesting, or merely a result of the theme of pleasurable items causing long term pain being fascinating to humans. Small Radios Big Televisions feels like it’s missing one or two more cutscenes, as there is a prevailing sense that some piece of content is missing. It’s almost the equivalent of a game about war not including details of why the war is occurring. Sure, participating in said war is exciting, but the entire experience would benefit from that added layer of context. Small Radios Big Televisions‘s narrative feels more like we’re looking into a piece story already taking place rather than a single, cohesive narrative.

It’s a shame that Small Radios Big Televisions has its share of narrative follies, as everything else here makes for exactly what makes short atmospheric titles like these wonderful. Perhaps the biggest its gorgeous visuals, which shine brightest when players are either treated to the outside of a given factory or the inside of a given cassette tape. Those outer factory shots, one of which can be seen in the feature image to this review, are the most iconic imagery from Small Radios Big Televisions, and for good reason: the blend of 2D and 2D here is masterful. Inside of each factory, while each room is fairly rudimentary, the choice to include haunting graffiti on pretty much every wall creates a wonderful sense of atmosphere. Solving a puzzle next to a message stating it cannot be solved is very Portal in the best way. 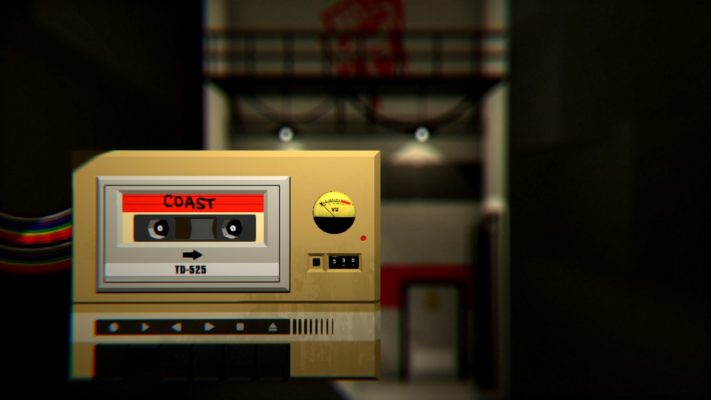 Small Radios Big Televisions isn’t the type of two-hour indie experience that’s going to blow your mind, but there’s something oddly relaxing and engrossing about navigating through its creepy factories. Despite its story falling short as a whole, there’s enough context given here to create the foundation for a special experience, but it doesn’t quite cross the finish line. It’s a pretty, atmospheric title that doesn’t shy away from how truly weird it is. If you’re looking for the type of game that feels cohesive and logical, then you’re likely going to find disappointment here. If you’re trying to play an experimental, bizarre point-and-click acid trip, however, then you could do a lot worse than Small Radios Big Televisions.