Not to put too fine of a point on it, Compile Heart and Idea Factory’s Trillion: God of Destruction has been one of the highlights of the year. As a quick summary of my review of the Vita version, it was a unique twist on rogue styled RPG mechanics combined with a dating sim, all set in the bowels of hell. While not without a few issues, most notably the camera during the big fights. I’m happy to report that the move to keyboard and mouse found in the PC release of the game has gone far to alleviate these issues.

The set up itself is intriguing enough. The demon god of destruction, known as Trillion, has been resurrected. After such a long hibernation, he finds himself rather ravenous, and proceeds to devour hell. Zeabolos, the current overlord, sees the feeding frenzy and attempts to defeat the gluttonous god. It doesn’t go well. After Zeabolos is resurrected, he finds himself in a patched together state, stiches running the gamut of his body. It becomes incumbent on him to rely on a group of lesser demons, all of whom happen to be cute females. A bounty is placed: whoever can kill this god with one trillion hit points will ascend the throne as the new overlord. 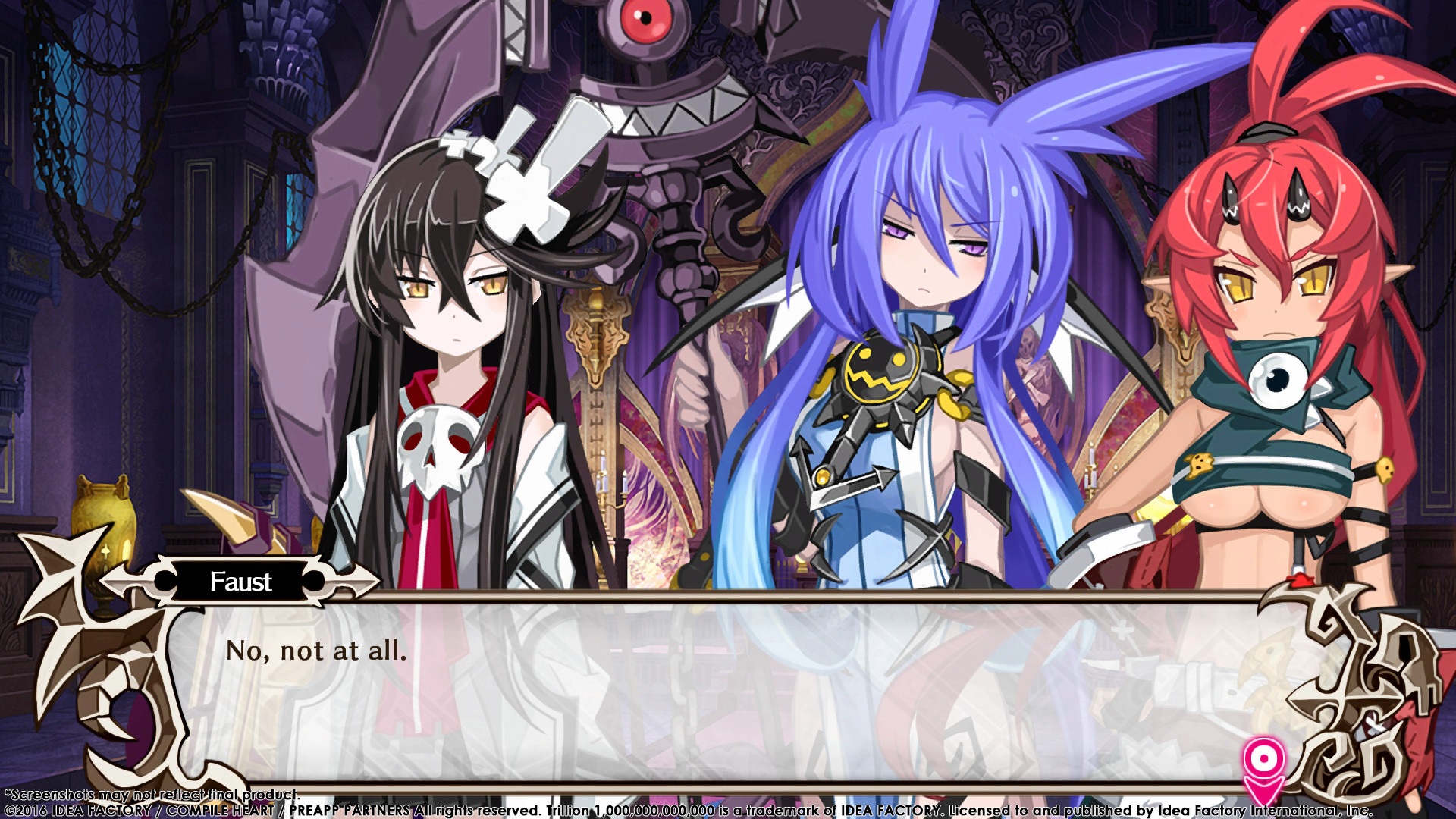 As a whole, the game was perfect for the handheld. It was niche, which is where the Vita’s audience lies. (Yes, it really has an audience, still.) An expertly designed piece, it allowed for marathon play while still welcoming the ability to pick it up and put it down without worry over losing one’s place. All of these benefits transfer over to this newly released Steam edition.

Along for the ride are a plethora of minor upgrades. Obviously, the resolution that the Vita uses wouldn’t be suitable for the PC Master Race. Even the bump to 1080p found here might be lacking for the elite pushing to 4K displays. I feel it is the correct balance for this style of art, though. The textures appear to have seen some touch ups, and the hand drawn character art pops with the upgraded resolution. Because the 3D models weren’t completely redone, jumping to 4K would have been throwing power at a situation without producing any real noticeable difference. This game would have been worth the extra step for those with the display, though. 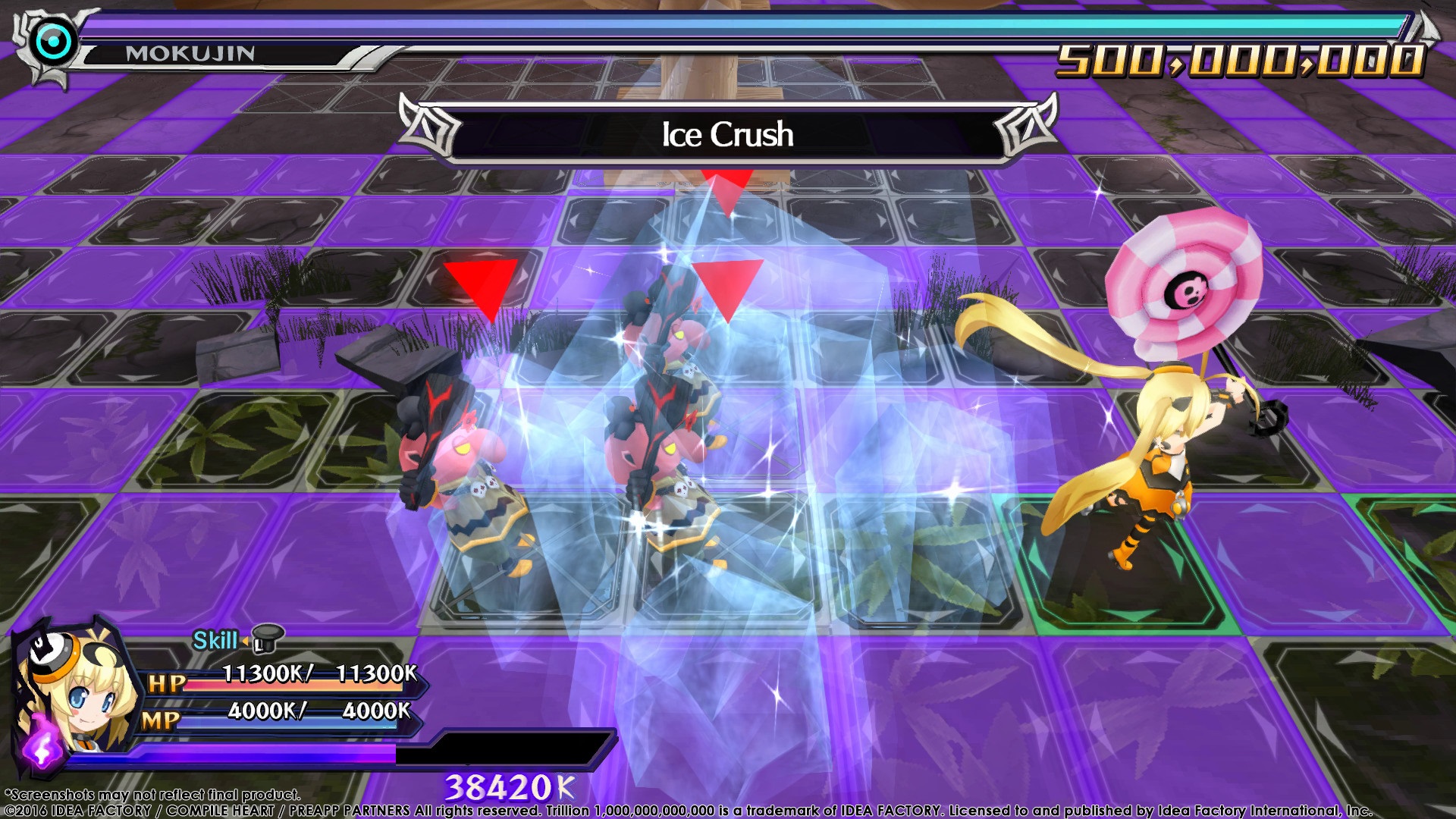 The PC edition also comes packing all of the DLC from the original edition. As someone who did not play any of the DLC in the original, this measure is certainly appreciated. In the end, though, what is on offer is fun, but completely unnecessary to the experience as a whole.

What does make the PC edition the ultimate version is the updated keyboard and mouse controls. The stick and button inputs in the Vita edition made jumping from the overhead view to close in to the characters frustrating. One could never find the best angle to view all of the action to be equipped to make the right tactical decisions in battle, and switching between vantage points was a chore. The expanded inputs that the PC offers alleviates this concern. Swapping around quickly becomes second nature. There is never a struggle to gather all the data needed to use the exact right skill for the moment. As a player who has grown immensely comfortable with controller inputs, so much so that he can hold his own against players using the more precise input, pointing this out means something: PC input really improves this game. 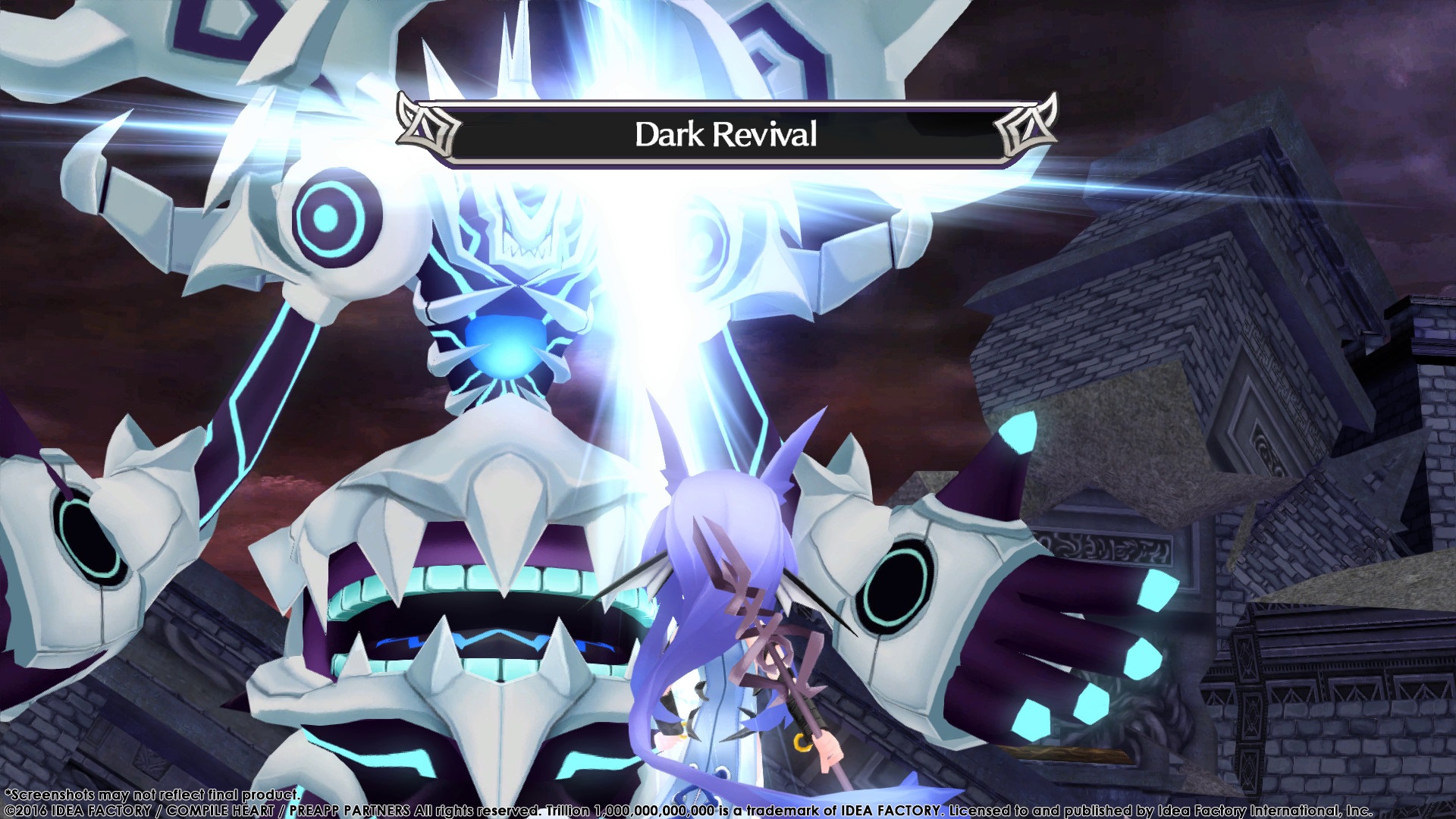 Still, there is one advantage that the Vita version has over the PC edition: portability. It’s nice to be able to take the Vita anywhere and not having to worry about finding a spot to set up. Yes, this title won’t tax recent laptops, but pulling out a laptop while standing in line isn’t the most conducive to a good gaming experience.

In the end, though, Trillion: God of Destruction absolutely must be played. The mash up of genres works, allowing a crossover appeal among otaku and fans of light, but deceptively deep strategy. Even as the months have passed, I find myself appreciating the brilliance of Idea Factory’s title more and more. With the release of the PC version, there is no reason not to play this underappreciated gem.