Modern pinball is a flashy thing, packed full of multicolored lights, cool stunt shots and popular licenses. Older pinballs, on the other hand, might have had the occasional license, but tended to be far more open in their designs, with straightforward goals and game modes. Zaccaria Pinball was a manufacturer pumping out tables from the mid-70s to late 80s, and while the design is very much of the time, it’s also nicely refreshing as a contrast to today’s machines. Zaccaria Pinball (the game) recreates those tables in digital format, bringing a huge library of tables out of obscurity and straight to the PC screen.

Much like The Pinball Arcade, the base game of Zaccaria Pinball is free with one table completely open, and the rest being available on a score-limited mode until unlocked as DLC. There are three ways to complete the collection- a single table at a time, pick up the Bronze, Silver, and Gold Memberships one by one to break up the cost, or just go for broke with the Gold Membership to unlock every table at once. The freebie version comes with a single table, Time Machine, probably because part of the design is a bumper field that rises and falls depending on whether you’re in the “past” or “future”. It’s an impressive feature, but the mechanical cleverness isn’t representative of what you’ll be seeing on the rest of the tables. 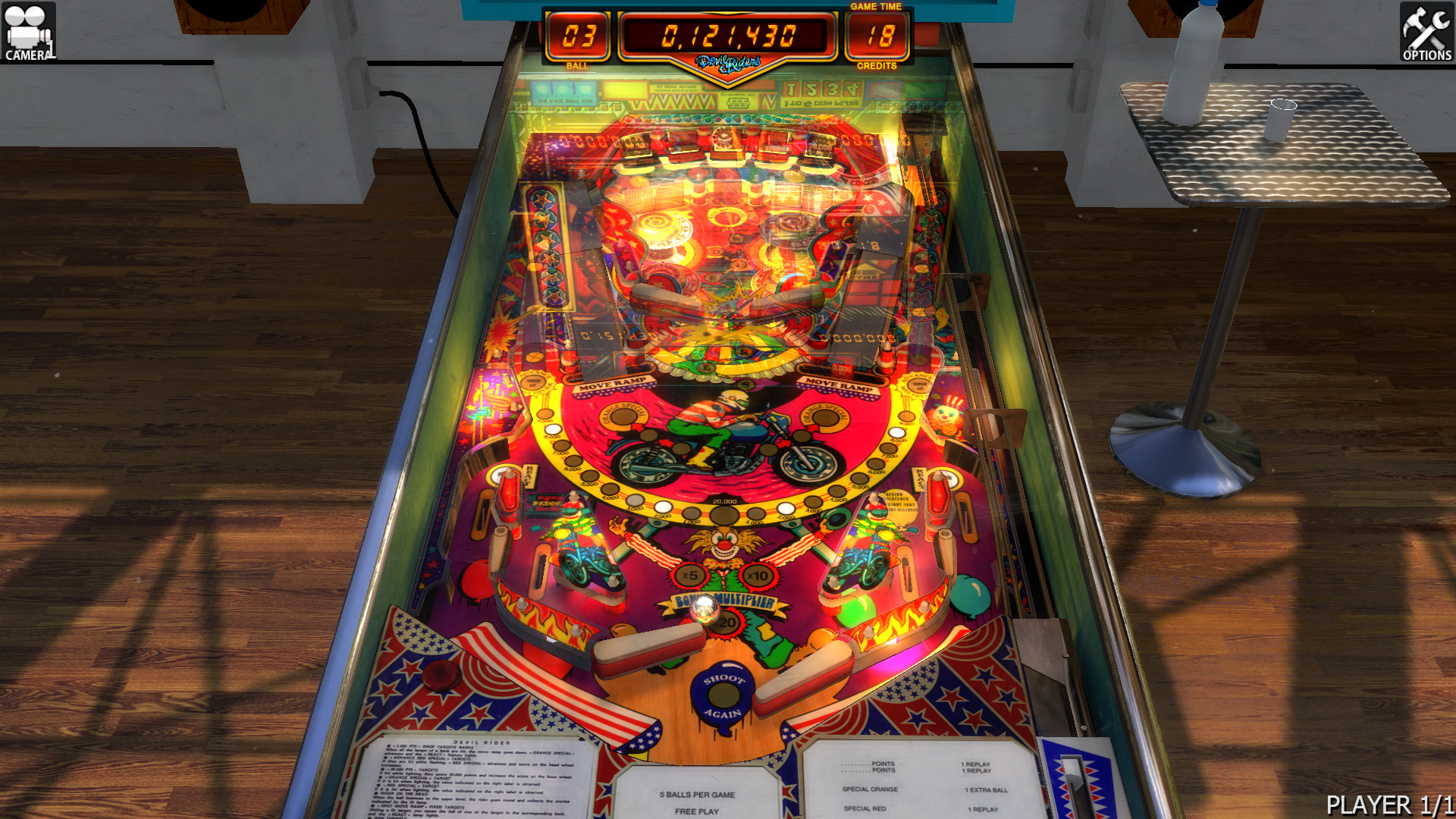 To get the most out of Zaccaria Pinball you’ve got to go in with an appreciation for a simpler and more pure type of game. Multiball is a rarity, music or even a thumping rhythmic tone is frequently outside what the older hardware could deliver, and by today’s standards most of the tables can feel brutally unfair. The sides are hungry and the gap between the flippers feels wide enough to drive a bus through, but that’s just how pinball used to be.

As an example, take the outlane design on a good-sized percentage of tables. The outlanes are guarded by metal rails, no rubber at the top to take the spin off the ball, but there is a pin-bumper near the bottom against the outside wall. This is because there’s a gap you can bounce the ball into if it drains out the side, but that gap is just as good at stealing a ball as it rolls up the lane after a flipper-catch. It sounds evil, and at first it’s a great way to lose a whole lot of balls very quickly, but eventually it becomes a tool to save more than it takes. A little careful table-bump as the ball rolls down the outlane and, just maybe, you can keep the run going. As for losing the ball as it rolls off the flipper and straight off the side of the lane, there’s a tiny curve at the end before the gap you can use to keep the ball from going too far, so long as it’s under control.  While the games can get moving at a very fast speed, older pinball rewards more deliberate play.  Set the ball-count to five and get a bit of practice in and you can have a game that’s just as fun and satisfying as anything from the last couple of decades. 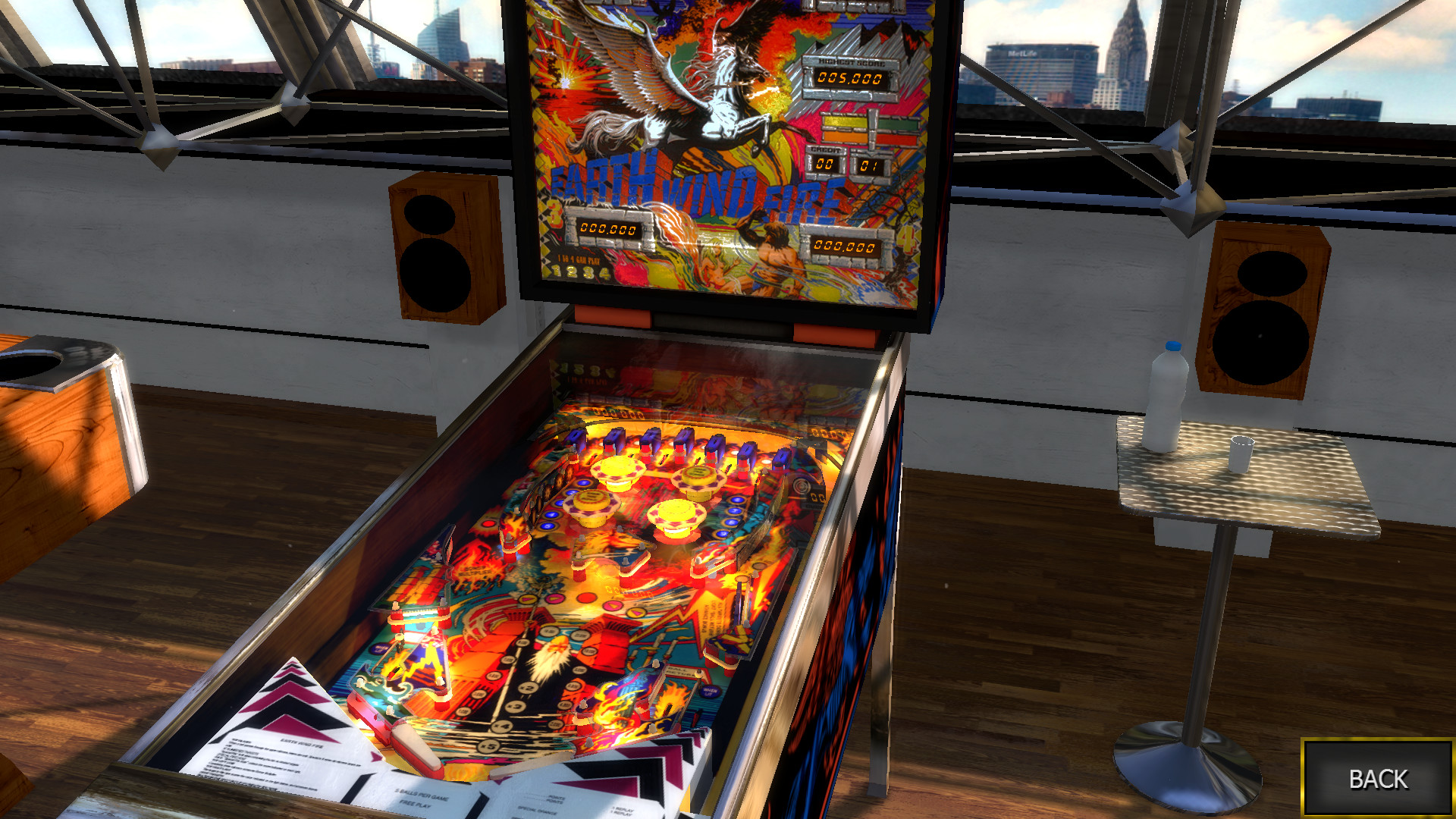 And as long as you’re poking around in the options there’s a world of sliders to play with in order to match the game to your own personal tastes.  Set the tilt sensitivity to low, change from Sim to Arcade to decrease the flipper gap a tiny little bit, adjust the table art so it’s all scuffed and worn, add more force to the flippers, and many more.  The more forceful flippers don’t correct my one real complaint with the game, which is that the travel time for the flipper tip from bottom to top of its arc is a little slower than it seems like it ought to be.  Having never played any of these tables in real life makes it hard to compare, but the ball rolling off the flipper down the drain in the time it takes to complete a swing feels wrong.  Zaccaria Pinball can also be fairly buggy, but it’s Early Access and they’re getting squashed at a decent speed.  Still, it was pretty funny to see a ball not make it up the launch ramp, fall back down the lane to bounce off the plunger and into the hole it initially ejected from, then drop onto the floor (having somehow turned into a black square during the process) and roll away.

That slightly unfinished feel extends to the VR implementation as well, but seeing as it was only added mid-October and works fantastically well despite its rough edges it’s hard to complain.  Pinning the menus to a set position would make far more sense than the current setup, which has them move with your view to stay centered at all times.  There are also some missing in-game features such as a ball-counter on the tables that don’t have that information as part of the backglass, and the scoring info that lets you know either how well you need to do to match your best or take the next spot on the leaderboard needs to make a return in VR as well, but otherwise the basic functionality is so good that it’s hard to revert to on-screen play.  Much like The Pinball Arcade, you can set up the camera in a number of ways for the PC screen, all of which focus exclusively on the playfield to make the best use of monitor space.  In VR, though, you’re in front of the machine, tracking the ball as it bounces around, taking a quick glance at the score, and getting a much better feel for the 3D nature of the table layout.  The only drawback is the fuzzy text printed on the table, which is unfortunately a headset resolution limitation.  The original games weren’t designed with first-gen VR in mind and the lettering is smaller than the headset screen can render clearly. 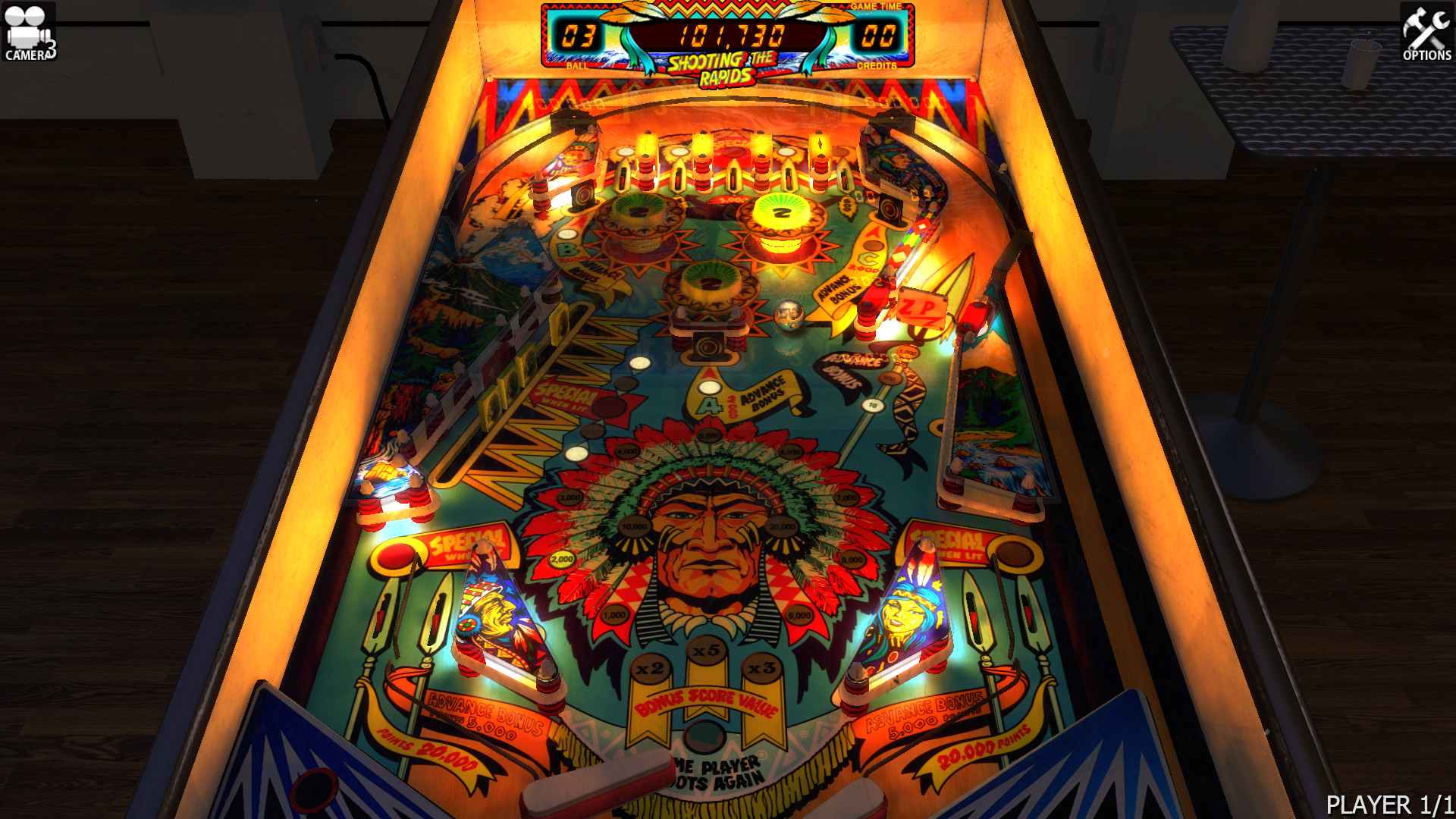 Zaccaria Pinball is, even in its current early state, a wonderful trip back to a different style of pinball action.  The boards are more open, shots mostly skill but with a good amount of luck and persistence required for certain sections as well, and with a huge variety of themes and board layouts to choose from.  Wizards, space, racing, gambling, soccer, slightly worrying ethnic themes and a Space Shuttle that can go toe-to-toe with the Williams version are all part of the library, and there are even a few bonus games unlocked by earning achievements.  There’s still plenty of work to do to in terms of physics, bugs and UI, but updates come at a regular pace with new features and fixes for every aspect of the game. Zaccaria Pinball is a massive pile of silverball gaming with plenty of options and even multiple game modes for each table, and the VR for those who have it does a wonderful job of enhancing the physicality of these machines.  There’s a lot of life left in the old pinball designs, and Zaccaria Pinball makes sure these tables aren’t lost to gaming history.